The Wizard's Treasure (The Dragon Nimbus) 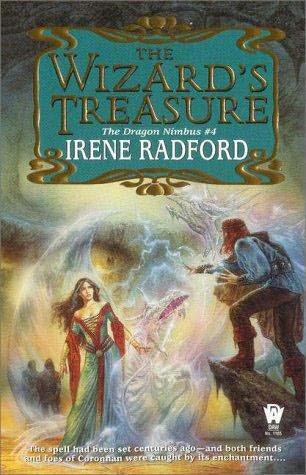 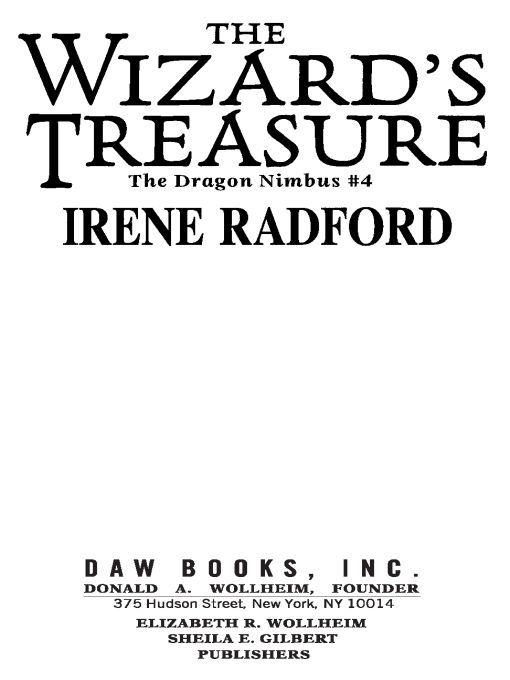 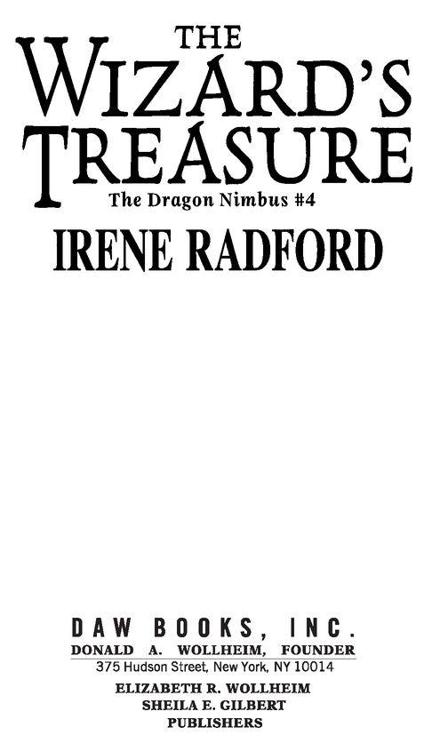 Copyright © 2000 by Phyllis Irene Radford Karr.
eISBN : 978-1-101-16571-3
All Rights Reserved.
Interior monastery map by Michael Gilbert.
DAW Book Collectors No. 1165.
DAW Books are distributed by Penguin Putnam Inc.
All characters and events in this book are fictitious.
Any resemblance to persons living or dead is strictly coincidental.
First Printing, October

For my Golden Dragon Grandchild, due to be born the same week as this book is released. 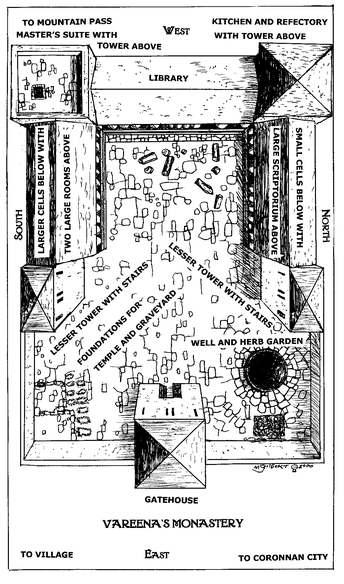 PROLOGUE
T
he cult of the Gnostic Utilitarians bedevils Coronnan. They proclaim the ridiculous notion that hard work is the only medium of value. Magic, to them, is anathema. While they fight for power in the Council of Provinces and among the common people, the coven has gone into hiding in Hanassa where they rebuild very slowly. The rogue magicians of the eight-pointed star have patience. They have waited generations, creating alliances through blackmail, marriage, and coercion.
The numbers within the coven increase slowly. Solitary magicians prefer to remain solitary and secretive rather than join with others of their kind. They distrust everyone.
The University of Magicians still hopes that the dragons will return to Coronnan and restore magic to its honorable place in society—as if the magical energy they emit will automatically force solitary magicians to work together, under the law, with no malice, mistrust, or greed guiding them. They overestimate the honor of men who have tasted power.
And I sit in my lofty fastness, laughing at all of them. Governments rise and governments fall. This scramble for power is merely an exercise to satisfy individual greed.
Even Rovers have succumbed to the power-seeking game. Zolltarn, the current self-styled king of All Rovers, betrays his own kind as well as the coven and the Commune. After centuries of seeking nothing more than their own safety through their separateness, the Rovers have suddenly found virtue in exploring the disgusting ideas of King Darville of Coronnan. As if peace, law, and justice mean something.
Zolltarn has stolen the child who should inherit the crowns of all three of the kingdoms on this continent. This “king” of the Rovers seeks to raise the child to his own traditions, then place him on the thrones, obligated and obedient to Rover will.
I will remove myself from my protected retreat and intervene if Zolltarn succeeds. Zolltarn and a child with so much political and magical power could rob me of all that I hold dear.
Rejiia, who thinks she leads the coven, has the potential to discover my power. She has thrown herself into her perverted rituals with vigor and stamina, using her sexuality to increase the magic. But I sense her distraction from the stated purpose of the coven. She has other, more personal goals and uses the coven to gain them.
The Commune of Magicians grows stronger. I cannot stop them from this distance, but I can eat away at the trust that binds them together.
I must take pains to see that none of these players finds my power. None of them know the true source of power—magical and political. None of them shall have it. Only I. I will, and can, murder my rivals most horribly if they try to interfere with my power. I have done it before, without conscience. I shall do it again.
Men truly seek only the chaos that rules their hearts.
CHAPTER 1
“
S
o this is the landscape of war,” Journeyman Magician Marcus said flatly. “Maybe the dragons should cleanse this battlefield like they did three hundred years ago.”

The Belgariad 5: Enchanter's End Game by David Eddings
Zoo Story by Thomas French
Dangerously In Love by Silver, Jordan
Refuge by N G Osborne
Audition by Stasia Ward Kehoe
Some Like it Wicked by Stacey Kennedy
From the Damage 1 - Opposites Attract by Denton, Jasmine, Genna
Surprised by Love by Kate Hofman
Dredd VS Death by Gordon Rennie
Pulse 2 (Pulse Series) by Rhea Wilde
Our partner