Read The World of Yesterday Online

The World of Yesterday 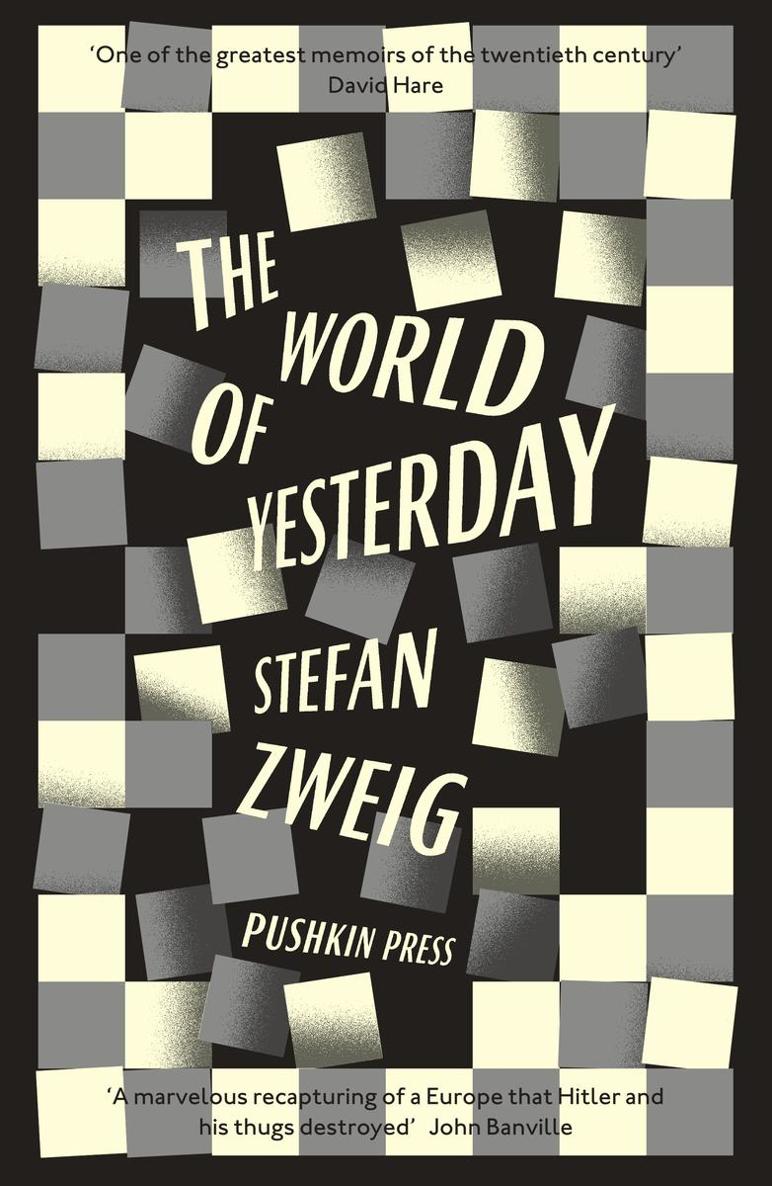 THE WORLD OF
YESTERDAY

Translated from the German
by Anthea Bell

THE WORLD OF
YESTERDAY
TRANSLATOR’S NOTE

It should be remembered in reading this memoir by Stefan Zweig, first published in the original German in 1942, the year of his death, that the Second World War was still going on while he was completing it. That in itself explains why its place of first publication was Stockholm rather than anywhere in Germany or Austria, because as a Jewish writer he had already been banned in those countries under the National Socialist regime, as he tells his readers in the later chapters of his book. In translating, I was often brought up with a jolt of automatic if momentary surprise by comments reminding me that the war was in progress as he wrote. When, for instance, he says: “Inevitably, the dimensions of the present day have changed our point of view”, he is referring to the Nazi regime from 1933 on, culminating in full-scale hostilities from 1939. He never knew the end of the story; he and his second wife committed suicide together in February 1942.

Their double suicide raises another point: there has been discussion of the reason for it, since at that date, when the United States had just entered the war after the Japanese attack on Pearl Harbor in late 1941, there were clear signs that the tide was turning against Hitler. Talk of final victory and a ‘wonder weapon’ may have sounded persuasive in Germany and Austria, where a heavy propaganda system was brought to bear, less so outside those countries. One surmise, with which I concur, is that Zweig’s underlying reason may have been a sense that whether the war was won or lost, the world of civilised culture
in which he had lived and worked was gone for ever. I concur merely on the grounds that the close work of translation brings one close to an author’s mind—as Zweig, who often worked as a translator himself early in his literary career, and knew what translation sets out to do (see several passages in this book), might, I think, have agreed. He delivered
The World of Yesterday
to his publishers not long before his suicide. It was not all written in consecutive order as published, but even the closing chapters, leading up to the declaration of war on Germany by Britain and France in 1939, while Zweig was living in England, simply do not leave me with the impression that the book was a long suicide note. Close to the end of it, Zweig mentions years still unlived ahead of him and books yet to be written, with the evident intention of writing them if he can, and his final sentence is an affirmation of the value of life lived to the full. The suicide note that he did write is reasoned and lucid, but who knows, maybe an element of sudden desperation was also involved. One can only speculate.

Gloomy as Zweig felt about the lives of Jews under Hitler—and he describes their predicament in detail in his closing chapter—it is also a shock to the modern reader to realise that at the time of his death he did not know the full horror of what was still in store. The Wannsee Conference, which discussed the infamous Final Solution policy, the brainchild of Reinhard Heydrich, was held in December 1941. Details of the death camps and the Holocaust did not leak out to the Western media instantly by any means, in many cases not until after the war. When Zweig was writing, he describes the fate facing a Jew under Hitler in 1939—deprived of all his possessions, he would be expelled from the country with only the clothes he stood up in and ten marks in his pocket. It was certainly bad enough, but there was worse to come.

What Stefan Zweig would have thought of the Holocaust one can only imagine. But his memoir, a quintessentially
humane document and a record of European culture in the late nineteenth and early twentieth centuries, stands as a sane, civilised counterblast to the horrors of war as he already knew it, and as a well-informed and sometimes quirkily individual account of the cultural life of his time.

Let’s withdraw
And meet the time as it seeks us.

THE WORLD OF SECURITY

AT SCHOOL IN THE LAST CENTURY

PARIS, THE CITY OF ETERNAL YOUTH

DETOURS ON THE WAY TO MYSELF

BRIGHTNESS AND SHADOWS OVER EUROPE

THE FIGHT FOR INTERNATIONAL FRATERNITY

IN THE HEART OF EUROPE

OUT INTO THE WORLD AGAIN

THE DEATH THROES OF PEACE

I
NEVER CONSIDERED
myself important enough to feel tempted to tell others the story of my life. Much had to happen, far more in the shape of terrible events, disasters and trials than any other single generation has known, before I found the courage to embark on a book in which I feature as the main or, more accurately, the central character. Nothing is further from my mind than to bring myself to the fore, unless in the sense of being the presenter of a lecture illustrated by slides. The times provide the pictures, I merely speak the words to go with them, and it will not be so much my own story I tell as that of an entire generation—our unique generation, carrying a heavier burden of fate than almost any other in the course of history. We have all, even the least of us, known the turmoil of almost constant volcanic shocks suffered by our native continent of Europe, and the only precedence I can claim for myself among a countless multitude is that as an Austrian, a Jew, a writer, a humanist and a pacifist I have always stood where those volcanic eruptions were at their most violent. Three times they have wreaked havoc with my home and my way of life, cutting me off from the past and all that it once comprised, and flinging me with dramatic force into a void where I soon became familiar with the feeling that there was nowhere to turn. But that in itself was no great cause for complaint; the homeless, more than anyone, are free in a new way, and only those with no more ties can afford to cast consideration to the winds. So I hope that I can fulfil at least one of the main requirements of every proper account of a certain era, and look at it with honest impartiality.

It seems to me a duty to bear witness to our lifetime, which has been fraught with such dramatic events, for we have all, I repeat, witnessed these vast transformations—we have been forced to witness them. For our generation, there was no other option, no chance such as earlier generations had of standing aside. Thanks to our new methods of spreading news as soon as it happens, we have been constantly drawn into the events of our time. When bombers smashed buildings in Shanghai, we knew it in our sitting rooms in Europe even before the injured were carried out. Incidents thousands of miles away overseas came vividly before our eyes. There was no shelter, no safety from constant awareness and involvement. There was no country to which you could escape, no way you could buy peace and quiet; all the time, everywhere, the hand of Fate took us and dragged us back into its insatiable game.

We have constantly had to subordinate ourselves to the demands of the state, a prey to the most stupid of policies, we have had to adjust to the most fantastic of vicissitudes, we have always been chained to a common fate, bitterly as we might resent it; it swept us irresistibly away. Those of us who passed through that time, or rather were hunted and hounded through it, have hardly had time to draw breath. We have experienced more history than any of our forefathers did. Even today we stand at another watershed, at an end and a new beginning. If I conclude this survey of my life at a certain particular date, I do so intentionally—that September day in 1939
1
drew the closing line under the epoch that had formed and reared those of us who are of the generation now reaching the age of sixty. But if we can salvage only a splinter of truth from the structure of its
ruin, and pass it on to the next generation by bearing witness to it, we will not have lived entirely in vain.

I am well aware of the unfortunate circumstances, so characteristic of our times, in which I am trying to give some kind of form to these memoirs of mine. I write in the middle of the war, I write abroad and with nothing to jog my memory; I have no copies of my books, no notes, no letters from friends available here in my hotel room. There is nowhere I can go for information, because all over the world postal services between countries have been halted or are subject to censorship. We all live apart from each other, just as we did hundreds of years ago before the invention of steamships and railways, air travel and the postal system. I have nothing left of my past, then, but what I carry in my head. At this moment everything else is either lost or beyond my reach. But our generation has learnt the fine art of not mourning for what is lost, and perhaps the loss of documentation and detail will even be an advantage in this book of mine. For I regard memory not as a phenomenon preserving one thing and losing another merely by chance, but as a power that deliberately places events in order or wisely omits them. Everything we forget about our own lives was really condemned to oblivion by an inner instinct long ago. Only what I want to preserve for myself has any claim to be preserved for others. So I ask my memories to speak and choose for me, and give at least some faint reflection of my life before it sinks into the dark.

1
3rd September 1939, the day when Britain (where Zweig was living in exile at the time) and France declared war on Germany.