Read The Worldwide Jihad: The Truth About Islamic Terrorism Online

The Worldwide Jihad: The Truth About Islamic Terrorism 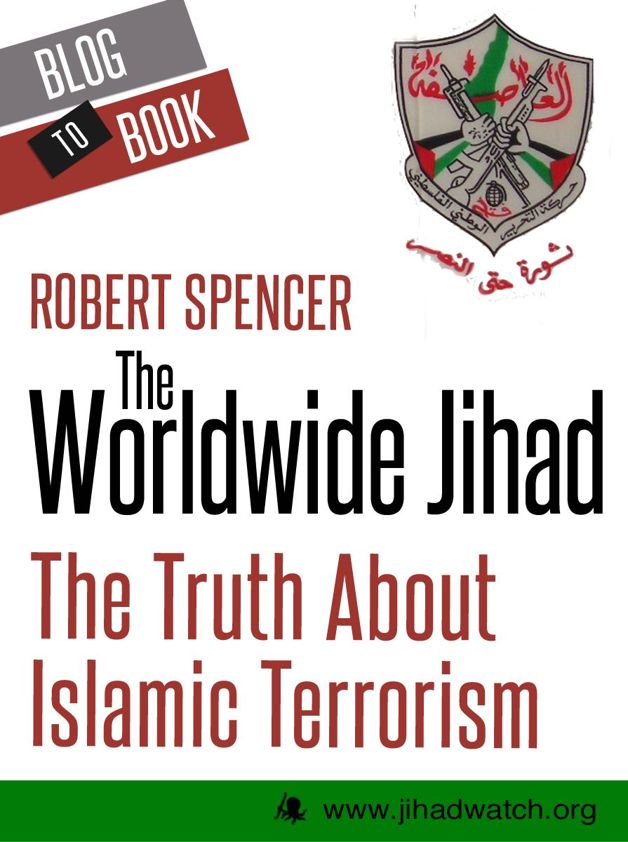 The Truth About Islam and The Qur'an

The Truth About Islam

The Real Lesson of Benghazi

Ahmadinejad and Morsi Lay Out the Islamic Agenda

What Would It Take for You to Go on Jihad?

What Now for Iraq? Jihad

The Necessity of Anti-Sharia Laws

Will Obama Behead the Qur’an Burners?

America Still the Target of 9/11 Jihad

Now that the U.S. Is an Islamic State…

Russell Brand and the Degeneration of the Public Discourse

Mona Eltahawy Coulda Been a Contender (Instead of a Bum, Which Is What She Is)

The Battle for Free Speech

Terrorists Assault Free Speech with Firebomb Over a Muhammad Satire

A Prayer for Freedom

The Truth About Islam and The Qur'an

The Truth About Islam

Last Friday, a Bosnian Muslim named Mevlid Jasarevic walked up to the U.S. Embassy in Sarajevo with a rifle and opened fire, terrorizing the city center until he was wounded by a police sharpshooter. Media reports identified him as a “radical Islamist.” What made him an “Islamist”? The fact that he shot up the embassy. On Thursday, Mevlid Jasarevic was simply a Muslim. He became an Islamist with the first shot from his Kalashnikov.

To be sure, the media have also identified Jasarevic as a Wahhabi—but that signifier likewise offered no clue before Friday as to what he was going to do on that day. After all, Wahhabi Islam is the official religion of Saudi Arabia, and no one thinks that every last Saudi citizen is likely one day to start firing at infidel embassies.

My point is that while my friend
Andy McCarthy
is quite right that there are some Muslims who are interested in implementing Islam’s supremacist political program and some who are not, the “Islam/Islamism” distinction is worthless to distinguish one group from the other. This is precisely because, as Andy quotes me as saying before, the distinction is artificial and imposed from without. There are not, in other words, Islamist mosques and non-Islamist mosques, distinguishable from one another by the sign outside each, like Baptist and Methodist churches. On the contrary, “Islamists” move among non-political, non-supremacist Muslims with no difficulty; no Islamic authorities are putting them out of mosques, or setting up separate institutions to distinguish themselves from the “Islamists.” Mevlid Jasarevic could and did visit mosques in Austria, Serbia, and Bosnia without impediment before he started shooting on Friday; no one stopped him from entering because he was an “Islamist.”

So if Muslims do not generally make this distinction among themselves, should non-Muslim analysts make it? The problem I see with doing so is that for all too many it is a way of implying that Islam itself has no political or supremacist elements, and that those Muslims who do hold political and supremacist aspirations constitute a tiny minority of extremists who have twisted and hijacked the religion. This is not only false, but misleading; it can and does make for wrongheaded and foolish policies that have wasted American lives, money, and matériel, and led us into numerous alliances and agreements with entities we would have been wiser about, had our analysis of Islam been more realistic and accurate.

All too often, American analysts have assumed that Muslim individuals and groups who have no open involvement with terrorism fully accept pluralism, constitutional values, and Western notions of human rights, including the freedom of speech, freedom of conscience, and equality of rights for women. And all too often, they have been wrong in that assessment, often disastrously so. The billions that the U.S. has given to a duplicitous Pakistani government is a large-scale example; the tour of security procedures at O’Hare Airport given a few years ago to the Hamas-linked Council on American-Islamic Relations (CAIR) is a smaller one. In these and many other cases, however, the foolishness of the authorities in question stemmed from their assumption that the people they were dealing with were not “Islamists,” and hence were natural allies.

We have been fooled by too many because of our haste to make this distinction where it cannot be legitimately made. We assume that Muslims who aren’t in al-Qaeda reject the al-Qaeda program, and certainly many do. But for some, the rejection is of al-Qaeda’s tactics, not of its goal.

Contrary to Andy’s characterization of my views, I am not saying that no distinctions can or should be made among Muslims. I am observing that Muslims themselves don’t make this one, and that no good comes from non-Muslims’ making it. It is important, as Andy puts it, to denominate “supremacist Muslims striving to impose on societies a classical, rigid construction of Islamic law, distinguishing them from authentic Muslim moderates who elevate reason, embrace pluralism, and take sharia as spiritual guidance rather than the mandatory law for civil society,” just as it was important to distinguish the 1,347 delegates who voted for Richard Nixon from the one who voted for Pete McCloskey at the Republican National Convention in 1972 (and the proportions are similar). But in doing so, we should be careful not to deceive ourselves about the foundations that the latter group has in Islamic texts and theology, or about its relative strength and influence within the Islamic world. Using the term “Islamist” for the dominant, mainstream, and traditional understanding of Islam, as if it were the non-traditional minority offshoot, deceives in precisely that way.

Meanwhile, some of Andy’s critique is simply out of focus. He asserts that I say that “there is and can be but a single authentic form of Islam.” In reality, I have never claimed such a thing. I don’t think there can be a single authentic form of Islam. The false assumption Andy makes here is that if one rejects the Islam/Islamism distinction, one therefore believes there is only one authentic form of Islam. Actually there are many authentic forms of Islam, but one of the things they all agree on is that Islamic law should rightly be the law of society and that Islam should have a political manifestation. Sunnis, Shi’ites, and even Sufis (who were for a considerable period the leaders of the jihad in Chechnya against the Russians) hold to this idea.

Likewise out of focus is Andy’s denial that the “imposition of sharia” is an “inseparable part” of Islam. And why does he say that it isn’t? Because “there are too many non-supremacist Muslims to write off Islam.” However, the nature of Islam is found in the recognized authorities that define Islam, not in the dispositions of its various adherents. In other words, to find out what is or is not an “inseparable part” of Islam, one must consult the Qur’an and Sunnah as they have always been interpreted by Islamic authorities—and even Andy admits that when one does that, one sees that a political, supremacist aspect is deeply embedded in the thing itself. The mandate to impose sharia has always been understood by mainstream Islamic authorities as being intrinsic to Islam. That doesn’t mean every Muslim is out to implement that program, any more than every Christian is busy loving his enemies and turning the other cheek.

When he comes to naming Muslim reformers, Andy comes up with three: Zuhdi Jasser, Abdullah Saeed, and Abdurrahman Wahid. This in itself demonstrates the scope of the problem we face. Saeed offers an exegesis of the Qur’an that challenges the traditional Muslim interpretation without ever explaining why his is a minority, non-traditional understanding of the text. And I’d like to see Andy or anyone else produce a list of ten genuine Muslim reformers without including Jasser or Wahid—not to deny them their due, but just to see if it could be done. Jasser, meanwhile, leads a tiny group with no more than a few hundred Muslim members, despite getting massive and regular media exposure from conservatives like Andy who are avid to find moderate Muslims at all costs, as if our fight to defend human rights against Islamic supremacism and jihad is somehow less legitimate without Muslim spokesmen. As for Wahid, in his native Indonesia today his vision of Islam is in retreat before an aggressive and violent form of political and supremacist Islam that challenges Wahid’s views precisely on Islamic grounds.

Andy says of the Muslims who “sincerely believe Islam does not require a political dimension” that “I don’t believe it is our place to tell them they are wrong.” Indeed not. But it is also not our place to tell them they are right, or to misrepresent or magnify their place in Islamic tradition, theology, and present-day reality. Such groups are everywhere in retreat before supremacists who portray themselves as the exponents of authentic Islam. Those supremacists have not been effectively challenged within the Islamic world.

Andy asks: “Can it really be that Islam is the only doctrine in the history of the world that is immune from even the possibility of alteration and evolution?” But that is not at issue here. I never said that Islam couldn’t be altered or evolve. I am just trying not to pretend that it is other than what it is now, or other than what it always has been. Andy sees hopeful signs in Afghanistan’s dropping apostasy prosecutions after international pressure, Iran’s delaying stoning an adulteress, and the Saudis’ outlawing slavery. He sees the latter as evidence that “sharia can be changed.” But in reality, that ban doesn’t change sharia. It changes Saudi adherence to it. Sharia is still the same; there is still no madhhab (school of Islamic jurisprudence) that teaches that in the Islamic state slavery may not legitimately be practiced. Nor does Afghanistan’s reversal change Islamic apostasy law. It just shows that the Afghans are susceptible to world opinion. While that is welcome news, it is not Islamic reform, and does not offer a different version of Islam.

Andy is wrong in his claim that I have ever said that any form of Islam is “the only Islam,” but the fact is that throughout its history, and in all its theological, legal, and sectarian manifestations, Islam has always been supremacist and political. Acknowledging that is simply acknowledging reality. Pro-Western Muslim reformers have to start there. In Christian history, the Protestant reformers did not pretend that Church doctrine was other than what it was. They confronted and refuted portions of that doctrine. But Andy seems to expect contemporary Islamic reformers to succeed by pretending that Islam is not what its authoritative texts teach and what it always has been historically. He says that he does not see “what purpose is served” by telling Islamic reformers that “Islam is incorrigibly supremacist and political.” But if it is supremacist and political, whether “incorrigibly” or not, then sincere reformers have to start there in order to fix it. Wishful thinking and self-deception are not reform. Ultimately those doctrines can be combatted only by actually combatting them.

We do indeed, as Andy says, want Muslims as our allies, provided they sincerely reject Islam’s political and supremacist aspects. But it does them no service, and non-Muslims no service, to purvey comforting fictions about Islamic doctrine.