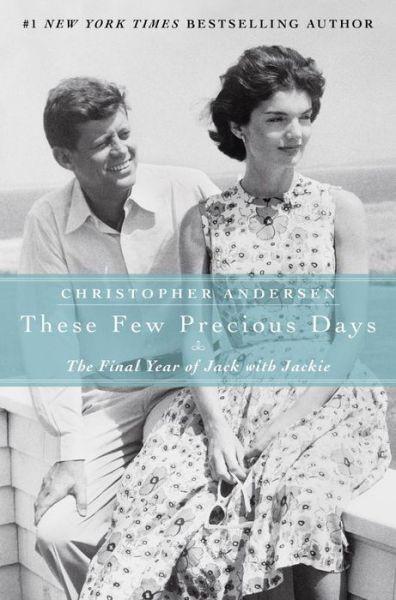 “The President Says If You Don’t Hurry, He’ll Fall Asleep”

“An Electrical Current Between Them”

“It Was a Real Look of Love”

“But What About All the Children?”

“They Had Been Through So Much Together”

THEY WERE, BY ANY DEFINITION,
one of history’s most remarkable couples: he the handsome, dynamic young president whose wit, charm, and idealistic fervor captured the world’s imagination; she the young wife and mother whose beauty, style, and elegance made her one of the most admired first ladies in American history. By the time it all ended with gunshots in Texas on November 22, 1963, Jack and Jackie Kennedy were irrefutably the First Couple of the World.

In the immediate aftermath of Dallas, Jackie’s quiet strength and natural dignity—her
gallantry
, historian Arthur Schlesinger Jr. called it—were the glue that held the nation together. What did not endure, however, was the glittering fairy tale conjured up by Jackie as a way to preserve her husband’s legacy. By the turn of the new century, the flood of revelations concerning JFK’s reckless private life washed away what little remained of the Camelot myth.

The ultimate question remains:
On that day in Dallas fifty years ago when Jack was shot to death with Jackie at his side, did they truly love each other?
After the affairs, the humiliations, the triumphs, and tragedies both known and unknown to the public, had they finally come together?

Together, they had survived his life-threatening illnesses, his unfettered infidelity, the death of one parent and the crippling stroke of another, a miscarriage, a stillbirth, a difficult delivery that nearly killed both mother and child, and the loss of their son Patrick. Incredibly, over the course of their marriage, either the president or his first lady were administered the last rites at least six times—a little-known statistic that spoke volumes about what they had suffered through, and triumphed over, in private.

It is no wonder we are still fascinated by them. They were impossibly attractive, outlandishly rich, brilliant, passionate,
exciting
—and deliciously complicated. Power, sex, mystique, money, and glamour—not to mention the dreams and aspirations of an entire generation—were embodied in the charismatic young couple who occupied the White House for a thousand days. Yet it is the bittersweet account of how they came together in their final year as a couple that really makes theirs a love story for the ages.

IT WAS A SCENE REPLAYED
on more than a dozen occasions—at Hyannis Port, in the White House, wherever President Kennedy gathered with family and friends to unwind.

And with that, Fay burst into a slightly off-key, window-rattling version of the song while the boisterous crowd laughed and clapped. Afterward, Jack’s youngest brother, Ted, led everyone in singing “Heart of My Heart.”

Until that moment, the president had been silent. “Do you know ‘September Song’?” JFK asked Ted’s wife, Joan, who was at the piano. She played the chorus twice, and then Jack began to sing the melancholy standard that tells the bittersweet story of a middle-aged man facing his own mortality.

This night, the normally boisterous crowd fell silent as Jack looked over at Jackie with tears welling in his eyes and sang the final lines:

Oh, the days dwindle down to a precious few.

And these few precious days I’ll spend with you . . .

Jack was the love of my life. No one will ever know a big part of me died with him.

Of all the women I’ve ever known, there was only one I could have married—and I married her.

S
he would always remember the roses. Three times that day before they got to Dallas, she feigned delight as someone presented her with the yellow roses for which Texas was so famous. “Only in Dallas,” Jackie said, “I was given
red
roses. How funny, I thought—red roses for me.” Soon, the backseat of their car would be strewn with blood-soaked rose petals—a surreal image she would never be able to erase from her mind. But for now, as they basked in the noonday sunlight and cheers from the crowds that lined the streets, Jack and Jackie seemed happier—and closer—than they had ever been.

The forty-six-year-old president and his thirty-four-year-old first lady exchanged one final glance. And then, in an instant, it all ended.

The look on Jack’s still-boyish face the moment the first bullet struck him in the back of the neck, severing his windpipe and exiting his throat, would haunt Jackie’s dreams for the rest of her life. “He looked puzzled,” she later said. “I remember he looked as if he just had a slight headache.”

For a split second, Jackie thought the crack she had heard was the sound of a motorcycle backfiring—until she realized she was watching, as if in slow motion, the president’s head begin to pull apart. “I could see a piece of his skull coming off,” she recalled. “It was flesh-colored, not white. I can see this perfectly clean piece detaching itself from his head. Then he slumped in my lap.”

Texas governor John Connally, riding in the jumpseat in front of the president, had also been seriously wounded. “Oh no, no, no,” he yelled, “they’re going to kill us all!” Connally’s wife, Nellie, who with her husband was now covered with blood and bits of brain matter from JFK’s head wound, looked back at the first lady. “I have his brains,” Jackie said as she sat staring for a full seven seconds, “in my hands!”

The driver of the presidential limousine floored the accelerator, and the “sensation of enormous speed” gave Jackie a sudden jolt of adrenaline. It also nearly dislodged Secret Service agent Clint Hill from his tenuous perch on the rear step; ever since the first shot rang out, Hill, who had been riding in the backup car, had sprinted to catch up. He finally reached the president’s Lincoln just as the third shot struck, spraying Hill as well with bits of bone and brain matter.

What Hill then witnessed along with a breathless nation was something Jackie herself would not remember. Numb with shock and panic, Jackie clambered onto the slippery trunk of the Lincoln. To many, it appeared that she was trying to reach out to Agent Hill and pull him onto the car. In fact, she was grasping for a large chunk of the president’s skull. Terrified that the first lady would now tumble off the back of the speeding vehicle, Hill pushed her back into her seat as the shard from JFK’s skull flew into the street.