Read They Left Us Everything Online

They Left Us Everything 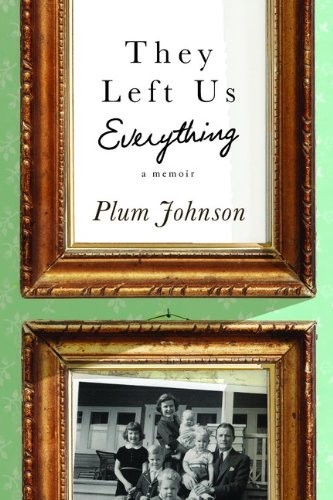 Dancing Till the End

A Fate Worse Than Death

Two Weddings and a Funeral

Careful What You Wish For

The night before I turn sixty-three, I’m looking in the mirror, pulling my sagging jawline up to my ears, listening to voicemails on speakerphone. Three are from Mum:

“Damn this machine! Call me!”

Mum is ninety-three, and these are her messages just since dinner. Nineteen years, one month, and twenty-six days of eldercare have brought me to my knees. But first thing next morning, I crawl to my car, hack at the ice on my windshield, and slump into the front seat with the heater cranked up.

Mum lives in Oakville, forty-five minutes from my home in Toronto, so I follow the curve of the highway west around the shores of Lake Ontario, watching the lid of brown smog recede in my rearview mirror, and exit south down a tree-lined road— to the slower, more-remembered pace of my childhood. Just ahead the lake rises up, beckoning me with its liquid shimmer. Even now in late November, the icy water sparkles.

Our old clapboard house is rooted here in this prime location overlooking the lake, a place Mum calls “The Most Beautiful Spot on Earth.” This is where my four younger brothers and I were raised. This is where one of my brothers died. Dad died here, too.

I pull into the driveway and step up to what we euphemistically call “the boathouse door.” None of us uses the front door anymore; we all use the boathouse. Dad used to store his sailboat here, between the garage and the house, and eventually roofed it over as a kind of carport to keep off the snow. There hasn’t been a boat here in over forty years.

They say you can never go back, but the people who say that haven’t seen this house. Nothing’s been changed since Mum and Dad bought the house in 1952—not even the dining-room wallpaper—and the family who sold it to them had owned it since 1917. You come through the door and think you’re in a time warp.

A movie scout for Walt Disney Pictures once walked in here and his eyeballs almost fell out of his head. “Get here quick!” he screamed into his cell phone. “You don’t understand … we won’t even need props!” Which is why there’s a framed picture of me in the living-room scene of
The Ref
with Kevin Spacey.

As I step into the mudroom, the first thing I see is the cast-iron woodstove with
HOME COMFORT
etched on the front. Teetering on top is a tin of powdered dance wax and a potholder with Mum’s Southern message:
Y’ALL SPOKEN
HERE!
Dangling from the window latches are long metal fly swatters. I hear a faint humming—the summer flies are long dead, so it might be the pipes, or it might be the furnace, or I might be just imagining things. Hanging from wood pegs near the ceiling, next to waterlogged canvas life jackets and stiff
straw boaters, are old wooden tennis rackets, screwed by wing nuts into their square wooden presses. Stuck into one of the windowpanes is a plastic sign of a gun aiming straight at your heart:
NEVER MIND THE DOG: BEWARE OF THE OWNER!

Then I see Mum.

She’s in the kitchen, plumped into a chair at the long harvest table, wearing black polyester pants, a red turtleneck sweater, and large white plastic earrings. Her round cheeks are pink and her lips are enlivened with Revlon Red. She has no wrinkles, even in her nineties, and no eyelashes—or at least none that we’ve ever been able to see. She has never plucked her eyebrows or had a facial, something she’s always considered vain and a waste of money: “Men never have facials, they never use face creams … just soap and water … and do
they
have wrinkles?
No!
” Her fingernails are painted red, though, because she will, from time to time, have a manicure. She also dyes her hair brown because, she says, “There’s already too much grey in the world … why would I want to add to it?” Mum loves glitz, so above her diamond engagement ring she wears a gaudy pile of sparkly beads on an elasticized band. On the table are her favourite red sunglasses, shaped like a pair of wide laughing lips.

The cowbell on the door handle jingles as I let myself in. Mum looks up expectantly and smiles.

“Going deaf is the best thing that ever happened to me!” she says. “Everything’s too loud anyway.”

The kitchen table—her command central—is piled high with newspaper clippings, Sears flyers, church leaflets, and Christmas cards. Letters from the Publishers Clearing House announce that she’s won a million dollars, and Mum’s already stamped those brown reply envelopes. At the far end of the table, loose photographs of grandchildren and great-grandchildren are propped up in a motley reunion around a vase of plastic flowers, and kitschy feathered roosters perch near the fruit bowl competing for space with her salt and pepper shakers, which are shaped like little pink pigs in waiters’ uniforms. There’s an open tin of homemade shortbread from some well-meaning neighbour and a stack of
Biodiesel Smarter
magazines, published by one of her grandsons—Mum is a loyal subscriber. Her long-handled magnifying glass lies atop the editorial page of today’s newspaper.

The only obvious hint that Mum has a problem is her oxygen tubing. It winds around her ears, across her cheeks, and into her nose, emitting a constant
pock-hiss … pock-hiss
. Sometimes the tubing falls off her ears. Sometimes she gets so mad she scotch-tapes it to her hair.

I walk across to give her a hug, but she throws up her arms like steel rods to keep me at a distance.

I bend down and kiss the air beside her cheek. She’s recently had cataracts removed, and I notice that her eyes are covered with a gooey film of gel.

“What did the doctor say yesterday?”

“The same old thing, I told you! Why do you want to know?”

Mum says she can’t stand “old people who discuss their ailments.” Everybody’s got problems, she says; it’s just what happens when you get old, so why talk about it?

From the top of the fruit bowl she takes a persimmon—my favourite fruit—and shoves it towards me.

“Here!” she says. “This is for you—happy birthday!”

She’s drawn a smiling face on it with magic marker and tied a ribbon around its middle. I’m pleasantly surprised, because usually Mum gives me cheap, gaudy jewellery, just like hers, and doesn’t even wrap it—she leaves the receipt in the bag. This is the first year she’s given me a
consumable
... and I
like
it, which suggests I’m no longer in acquisition mode—I’m happier with gifts that won’t clutter … things I can eat. I look at the brightly painted eyes and upturned lips of the persimmon and think,
I must be getting old
.

“I’d give anything to be your age again!” says Mum.

“Do you have any plans to celebrate?”

How could I, when I have to be here? Mum couldn’t possibly know how I’m feeling—anchored by aging parents. By the time she was thirty-six, both her parents were dead. My resentment bubbles over, so I sidestep her question and try a little dig.

“What were you doing when you were sixty-three?” I ask her.

“Let’s see,” she says, oblivious, “I guess I was taking that wonderful cruise up the Nile!”

She turns to her pile of newspaper clippings. “Now,” she says excitedly, “I have some things to show you!” She points to an article on Barack Obama. “I want you to read this—the best
thing the Nobel Committee ever did was give that intelligent man the Peace Prize. If the world would just listen to what he has to say, we might stop trying to blow each other up!” Then she plows through her stack and hands me more, one after another. “Recognize her? Our oldest ancestor in Ethiopia— she’s a fossil named Ardi, over four million years old! And look—the Leonid meteor shower! Imagine, two hundred comets an hour!”

“The Leonid what? Where?”

“Over Southeast Asia—this afternoon! The Earth is going to pass through all this cosmic debris that was produced when Christopher Columbus was alive! Don’t you wish we could see it?”

Nemesis by Isaac Asimov
The Begonia Bribe by Alyse Carlson
Predators and Prey: A Short Story by Holliday, Christopher
Damaged Goods by Helen Black
Hidden in Shadows by Hope White
One Against the Moon by Donald A. Wollheim
Rest in Pieces by Katie Graykowski
Not to be Taken by Anthony Berkeley
Laughter in Ancient Rome by Mary Beard
Ghosts of Havana (A Judd Ryker Novel) by Todd Moss
Our partner