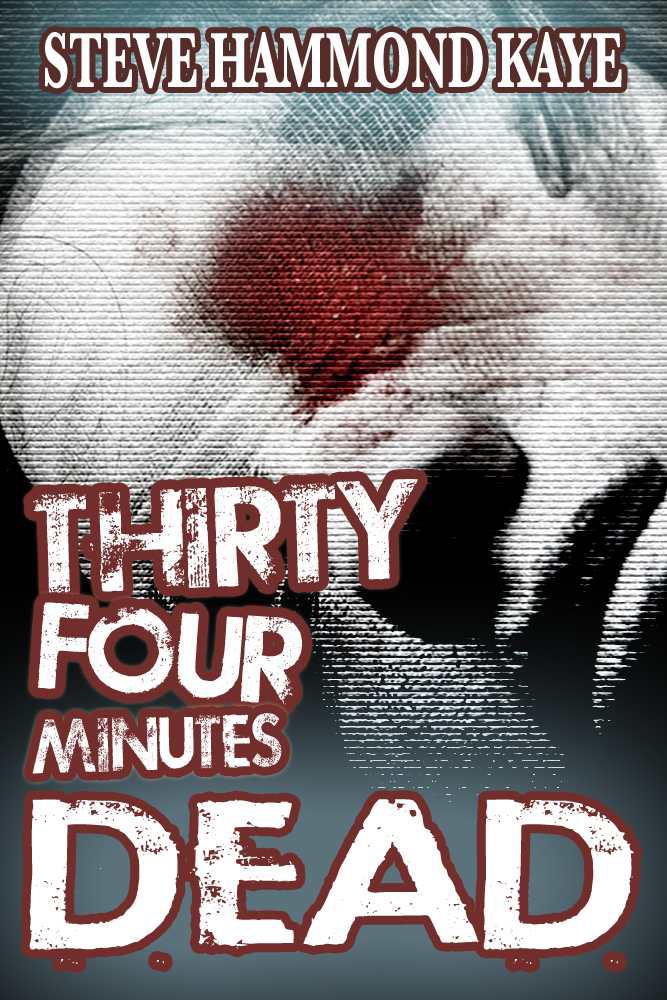 This book is copyright © material and must not be copied, reproduced, transferred, distributed, leased, licensed or publicly performed or used in any way except as specifically permitted in writing by the author and / or publisher acting on behalf of the author as allowed under the terms and conditions under which it was purchased or as strictly permitted by applicable copyright © law. Any unauthorised distribution or use of this text may be a direct infringement of the author’s and publisher’s rights and those responsible may be liable in law accordingly.

Published in 2012 by Standard Cut Media

First Published in 2001 by nospine.com

This book is sold subject to the condition that it shall not, by way of trade or otherwise, be lent, resold, hired out, or otherwise circulated without the publisher’s and / or authors prior consent in any form of binding or cover other than in which it is published and without similar condition, including this condition, being imposed on the subsequent purchaser.

Julia Venison, one name, one number, but she felt immortal on this particular summer evening. A magenta shred refused to die in the fading sky and the retreating light cast a final glint amongst her careless golden hair. Life was being kind to Julia, giving her a new superior Account Planning job and a rural home she had only ever dreamed of before.

Tonight her quest was The Burleigh, a clichéd country public house on the outskirts of Godalming, in Surrey that had not changed a great deal in the last three centuries. Here Julia found her own private niche, a place where she could savour the rural atmosphere and withdraw into the privacy of her own imagination. The Burleigh had a clientele who didn't ask why a woman should sit alone on a bar stool, a Landlord who didn't look for the male presence that all women are supposed to have in a pub and an ambience that carried the mind to far away days.

Julia hadn't always been the solitary figure in the corner. At 33 she would laugh inwardly at the number of serious affairs that had catalogued her life since her early modeling days at the age of sixteen. She was totally content in her current isolation, more concerned with her new Advertising responsibilities and the safe haven of the inner peace she had found.

Upon entering The Burleigh, Julia nodded to a few of the familiar faces and laughed at the Landlord's poor attempt to change her standard bar order. He failed.

"Three glasses of red wine, no more no less? I can read your order like a book Julia, two to stand one to begin”.

"That's right Harry, the fusty air in your old pub really brings out the body in your over priced red!"

With a wry smile Harry poured the consignment of three and then began a jovial dialogue with Julia asking how she was progressing in her new promotion. Julia was inwardly glad when the customers rallied Harry into service. She liked the 60-year-old Landlord but in a similar fashion to her wine sips - small brief encounters.

As The Burleigh began to fill Julia envisaged herself in her favourite holiday destination- the Harz Mountains in Germany. She was so absorbed with her own thoughts that she didn't notice the voice immediately.

"Excuse me return dreamer, is this yours?”

Standing next to her was a tall well-attired gentleman. He had shoulder length black hair, which was cut to Italian precision, a well-chiselled face and cultured features that signified breeding and natural good looks. His eyes were dark and they burned with an inquiring intensity as he made the request to Julia. After being initially taken aback by this Armani clad stranger, Julia blurted out a response.

"My necklace, why yes, thank you. It must have a broken clasp yet again!”

Reclaiming the necklace, the man fastened it around Julia's neck and carefully positioned the offending link back into position.

"Thanks, it was rather precious to me, the last gift my sister gave me before she left for Canada”.

After Julia had recovered from the disruption of her dream world the two strangers became less isolated, with Canada providing common ground for both of them. The gentleman expressed curiosity at Julia's bar order and for a quarter of an hour a conversation ensued, which extolled the virtues of The Burleigh as a location to find escapism.

Upon his departure the well-spoken gentleman handed Julia his card and uttered a curious grandiose comment.

"Well now you are a Godalming Lady and we have The Burleigh as our communal hideaway you must have one of these”.

After thanking her for her company the gentleman took his leave. Julia studied the card meticulously. ‘Royston Sandford-Everett’- Merchant Seavillia Exports read the card in ornate gold embossed lettering. Her eyes widened, realising that the tall stranger was the junior partner of the famous MSE Global Shipping chain. She remained puzzled by the Godalming Lady reference because she had always resided in that locale and wasn't titled either.

After second thoughts however, she felt sure that she hadn't actually stated where she resided during their brief dialogue. She just dismissed the comment as a curious turn of phrase.

After the Everett departure, Julia enjoyed some cosy moments alone and was then pounced upon by a stream of ‘acquaintances’ that complemented her upon her vocational success whilst complimenting themselves at the same time in louder voices.

Julia did not really wish to join in with the mutual admiration society that was forming around her, and so when The Burleigh clock chimed half past ten she made her departure with an excuse relating to the heavy additional workload that she had now accrued.

The warm night air smelt sweet and Julia was filled with a sense of triumph after escaping what was becoming an increasingly boring conversation. A few spots of rain started to drift through the streetlight, and at first Julia welcomed the cool droplets upon her face. Julia's new house was situated about twenty-five minutes walking distance from The Burleigh and she only got a Taxi home when the weather really turned for the worst. She was a considerate individual who didn't like the environmentally damaging factors associated with short car journeys. Subsequently the 911 stayed at home and the casual flat shoes went out when she ventured into Godalming.

As the droplets turned into a steady flow of rain Julia quickened her pace. She was approaching the outskirts of Godalming and the junction traffic lights a hundred yards ahead of her marked the halfway point of her journey. Julia suddenly became aware that a dark car was stationary at the green light that she was approaching. A minor rush of adrenaline started to course through Julia, and with this new heightened awareness she started to scrutinise her immediate surroundings intently. The car now thirty yards ahead was almost certainly black. It was a top of the range Jaguar and the streetlight just enabled her to discern the number plate - RSE 2. There were no other cars in the vicinity, no other people walking the pavements and no other pedestrian-friendly alternative routes.

War From The Clouds by Nick Carter
Hope's Chance by Jennifer Foor
Made for You by Lauren Layne
Missing Pieces by Heather Gudenkauf
The Price of Altruism by Oren Harman
Hidden Away by J. W. Kilhey
No Other Darkness by Sarah Hilary
Calling Out by Rae Meadows
The Grand Ballast by J.A. Rock
MoonNight by Thacker, Renee
Our partner