Read This is What I Did Online

This is What I Did 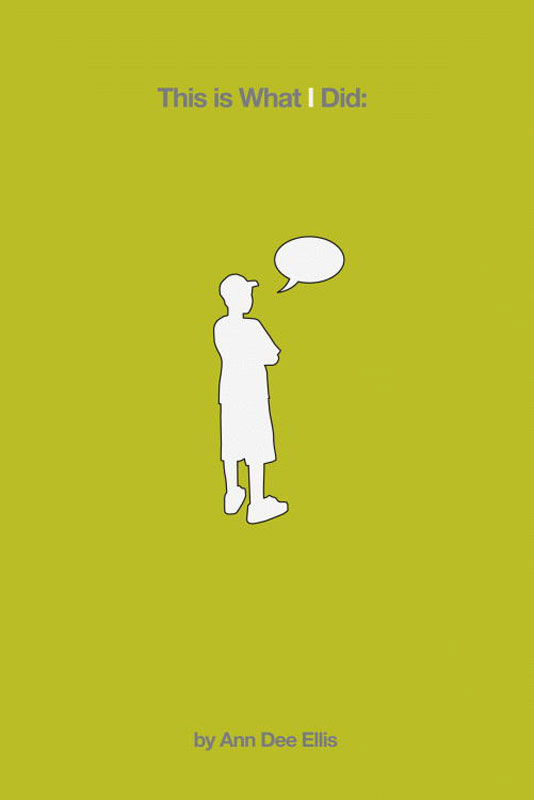 This is What I Did:

Here’s why: why not

This is What I Did:

Last week Bruce kicked me in the balls at Scouts and all his buddies were there laughing and I started crying.

I was lying there crying.

They were chanting it and yelling it.

After what had happened with Zyler and his dad and the whole thing, I could take anything.

I proved that at the Klondike Derby.

So I just lay there curled up and crying still.

That was Wednesday after Scouts — my first time back because Dr. Benson said I should go and my parents agreed.

When I came home I tried not to tell Dad.

I didn’t want to say: Dad, I got kicked in the balls at Scouts and then they all made a circle around me.

So I went straight to my room. I was late because I was supposed to walk straight home from the church after Scouts.

And I did walk home, but not until they had all left and I was still lying there on the gym floor.

That’s what I said because since I was late; he was knocking on my door.

But he wouldn’t let it go. He never lets it go.

He was trying not to look all worried. I could tell.

He sat on my bed and I was sitting on the floor going through my comic books — just like normal. Nothing’s wrong.

Dad: Tell me. Was it those boys again? Tell me right now. Was it Jack?

It came out a lot louder than I thought it would, but not as loud as it was in my head.

I never knew what to say or how to control anything anymore.

I didn’t want him to know.

And he says how we can’t let things go as long as we did before.

Dad: Logan, you have to tell me. You have to.

A year ago I was fine. That’s when there was nothing wrong.

A year ago, in seventh grade, I was fine.

We were living on Mulholland with the hills and the lake and the freeway and the Minute Man Gas Stop and my best friend, Zyler, ate Twinkies and Coke and hated girls, except one.

I couldn’t eat Twinkies or Coke because of Mom, but I hated girls too, except one.

Zyler and I would sit and talk about whatever we wanted: aerodynamics, space-time continuum, Cami Wakefield, fencing, the Denver Nuggets, Lamborghinis, and soggy Tater Tots for darts in the school lunchroom.

No one cared what we said and we didn’t care what anyone else said.

Now we don’t live on Mulholland.

We live on Judge.

And Judge looks sort of like Mulholland: the same zip code, the same trees, the same houses with grass, the same cars and minivans.

When my parents were looking for a new house, a new place to go, I started checking out books.

Zyler was gone and they didn’t make me go to school, so I went to the library and checked out books.

And I would just read.

Stay in my room and read.

And not do anything.

I didn’t want to do anything.

I have a family that is good.

There are three kids and my mom is pregnant even though she hasn’t had a kid for eleven years.

When Bruce found out he said my mom and dad are sex fiends and the worst kind of sex fiends because they are old sex fiends, and then I must be a sex fiend too.

We were in the hall and there were so many people.

Everyone stopped when Bruce said the sex fiend thing. I mean, not everyone . . . but a lot of people stopped to see what I would say or what I would do.

I didn’t know what to say or what to do.

Bruce: So, are your parents going at it twenty-four seven or is it more like twenty-three seven?

At least on Judge I have the only bedroom in the basement.

That means that I don’t have to be by Mom and Dad’s room.

It’s not that I think they are like what Bruce said about sex and everything.

They are just normal parents.

I never really thought about it.

They do have three kids and Mom is old and pregnant.

They do get these weird laughing voices on sometimes even at the dinner table when they tease each other, and I used to not notice but now it makes me sick.

I like to be in the basement far away from everyone and that’s it.