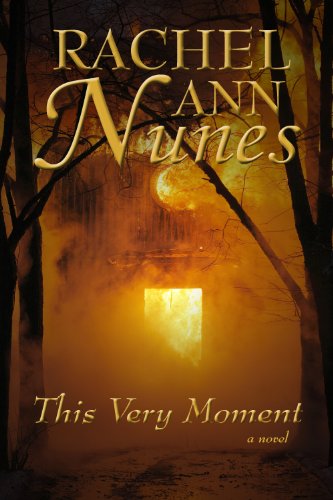 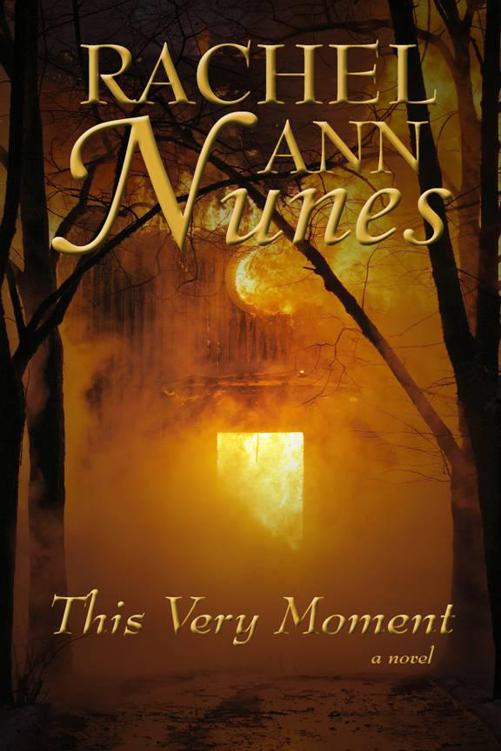 SAMPLE CHAPTER OF TELL ME NO LIES

SAMPLE CHAPTER OF THIS TIME FOREVER

Copyright © 2010 Nunes Entertainment, LLC
All Rights Reserved.
All characters and events in this book are fictitious. Any resemblance to persons living or dead is strictly coincidental.
The scanning, uploading, and distribution of this book via the Internet or any other means without permission in writing from the publisher is illegal and punishable by law. Purchase only authorized electronic editions and do not participate in or encourage electronic piracy of copyrighted materials. Thank you for supporting the author’s rights.

He stared at the letter in his hand, his mind numb with disbelief. It was addressed to Nicole Debré. How could that be? The old familiar pain, the brutal desolation, flared to life at the sight of her name.
Oh, Nicole!

His name was Guillaume Debré, or had been once. Now he was William Dubrey, or Bill to his friends. He much preferred Bill because William was too much like that other name and identity he had left behind in France. Bill, however, seemed far removed from Guillaume Debré—and his wife Nicole, now five years dead.

Nicole. When the memories came, as it seemed they must when he was alone, they always began at that last train ride. With her fiery death, not with the life they had shared. Mostly he tried not to think about it. Young love gone awry; he should have gotten over her by now. But sometimes in the night, he would remember a flash of the lovely girl next door, of the person she had been before he had married her and taken her to Paris for their honeymoon. On the train.

Guillaume had loved Nicole his entire life. He would always love her, and the profound pit of emptiness her death had left was the reason he couldn’t continue any semblance of a life in France. So he had quit his job, immigrated to the States, and had become Bill, an entirely new person, with no past to haunt his future. France was now only a bitter memory buried deeply in his new persona. His colleagues and friends knew him as a talented plastic surgeon, an ambitious, thirty-something man on the rise. A voice tutor had eliminated all but the mere vestiges of an accent. No one suspected he had ever been anything other than the American Bill Dubrey, except his older brother Jourdain, who lived in France and who exchanged cards with Bill at Christmas time.

That was why the letter in the mailbox came as such a shock. Bill had nothing now to do with Nicole, but there the letter was, addressed to her. The name stabbed into his chest, choked the air from his lungs.

Nicole! Nicole!
a silent voice cried. Clutching the mail to his heart, he went inside, slamming the door behind him.

Who had written to Nicole? And why here? Why now? What did it mean? The questions flooded his brain so quickly he couldn’t process them.

Methodically, he set his briefcase down in the entryway and studied the envelope as he walked into the kitchen. It was a simple white mailing label.
Nicole Debré,
it read, complete with the French spelling and accent. Anyone who would have known enough to connect his name with hers and send it to America should have also known that Nicole was dead. He threw the letter onto the kitchen table with the rest of the mail, and then picked it up again. He stared at it for another full minute before tossing it into the trash, unopened.

Hot, blind anger consumed every portion of his body.
How dare they! How dare they intrude upon my life!
He snatched the letter out of the garbage and ripped it open viciously, stoking his anger and resentment. He had come too far to return to the pitiful wreck he’d been after the accident. He would fight this intrusion on his calm and orderly existence.
I am no longer Guillaume, but Bill, who never knew or loved a beautiful woman named Nicole.

Inside the envelope was a gold embossed invitation to attend a benefit dinner—an extremely expensive dinner to be held in Los Angeles in two weeks. He barely glanced at the name of the charity as he absorbed the meaning of the yellow note inside:
I met Jourdain in France last month. He gave me your address. I didn’t know you had moved to California! Keep in touch. Hope to see you at the benefit. Kylee.

For long seconds his fury was all-encompassing. He instantly recalled Nicole’s friend Kylee. She had always been involved in raising money for one charity or another, in America or in other countries all over the world. The women had first met in France while Bill had been in America studying, two years before he and Nicole had married. Kylee had been Nicole’s best friend and confidante while he had been away chasing his dreams.

Agony burned in his soul. Why had he waited so long to marry Nicole? If he had only known she was going to die. Perhaps marrying her earlier would have prevented her death, or at the least given them more time as husband and wife. Tears streamed down his face.

“Cursed woman.” He crumpled the invitation and threw it again into the trash. “Did she think sending it to my dead wife would capture my attention? What a cruel joke.” If Kylee Stuart had been in the room at that moment, he would have strangled her—and thoroughly enjoyed the revenge.

Later thatnight he couldn’t sleep. Thoughts of his childhood with Nicole and playing together at the park filled his mind. Of her as a young woman when he stole his first tentative kiss. He tossed, he turned, and he cursed until he could stand it no more. No matter how wonderful her cause, Kylee would never again use Nicole’s name to elicit money. And he knew exactly how to stop her.

Kylee Stuart surveyed the room with satisfaction. The banquet hall was decorated with stylish paintings, sculptures, and expensive knickknacks, all of which were part of the silent auction that would go on throughout the evening. The two singers, a local football star, and the comedian were present and ready to display talents or give speeches. Even the children were in a back room waiting to do their part, their misshapen faces bright with anticipation.

Sixteen by twenty pictures of those children decorated one entire wall of the banquet hall. Taken close-up against a black background, these pictures made every small feature stand out and epitomized the need that had created Children’s Hope Fund five years earlier.

The delicious aromas in the air reminded Kylee to do a last minute check on the meal preparations. “Everything okay?” she asked Julius Taylor, owner of the catering business as well as head chef.

For the hundred bucks a head I’m paying you, it ought to be,
Kylee thought. At the dinner cost of five hundred dollars, that meant a profit of ninety-six thousand dollars for Children’s Hope Fund, less expenses and her meager salary. Not a bad start. And she determined the meal was to be just that—a start. The silent auction would raise a great deal of money, but she was hoping more for straight monetary donations than for anything else. As part of her plan, she would project a video of the unfortunate children she was trying to help onto the wall-sized screen. Only the most tough-hearted would be unmoved by the deep needs of these little ones. She cried herself each time she saw the video or talked with the children, and she had channelled her own slim savings and numerous unbilled hours into the program. Kylee was very good at what she did, but she was even better at practicing what she preached.

Shaking her hands to relieve the tension, Kylee walked to the door to greet the guests. They came in twos and threes, and sometimes in larger groups, but never alone. They came wearing glittering clothes and cultured smiles. They came with confidence and benign generosity. There would be two hundred and forty guests, each holding a prepaid ticket bought from the charity. Kylee was grateful to them for their attendance and for their willingness to help the children receive new faces. Of course, a few of the charity’s guests could give so much more than they would offer, but she refused to think of that. She focused instead on the tears of the children and their small misshapen faces that held so much pain. Tonight she would help at least a few more of the children applying to Children’s Hope for funds that would provide desperately needed surgeries.

“Welcome. Thank you for coming,” she said, inclining her head graciously and occasionally taking a guest’s hands in hers. She knew most of them by sight, if not by name. They had come from her mailing lists, carefully compiled and maintained over the ten years she had been raising funds for charities. There was trust involved in her relationship with these donors; she had promised them that the charities she represented were of unquestionable caliber with the lowest overhead. They could rest assured knowing their dollars went for the intended cause, not to overpaid administrators.

“Feel free to browse through the auction items,” she invited the guests, motioning them toward the items she had worked so hard in the past month to gather from local businesses and artists. She gave each guest a program which announced not only the performers and speakers, but also listed the silent auction items and minimum bids. On the last two pages were touching stories of children the organization had helped in previous years, and of those who still waited for funding.

Promise of Blood by Brian McClellan
Ex and the Single Girl by Lani Diane Rich
The Purgatorium by Eva Pohler
Swift Justice: The Southern Way by R.P. Wolff
The Italian's Bedroom Deal by Elizabeth Lennox
Shine Not Burn by Elle Casey
The Chocolate Falcon Fraud by JoAnna Carl
The Fairest of Them All by Leanne Banks
The Devil's Own Luck (Once a Spy) by Douglas, Diana
Matthew: The Circle Eight by Emma Lang
Our partner