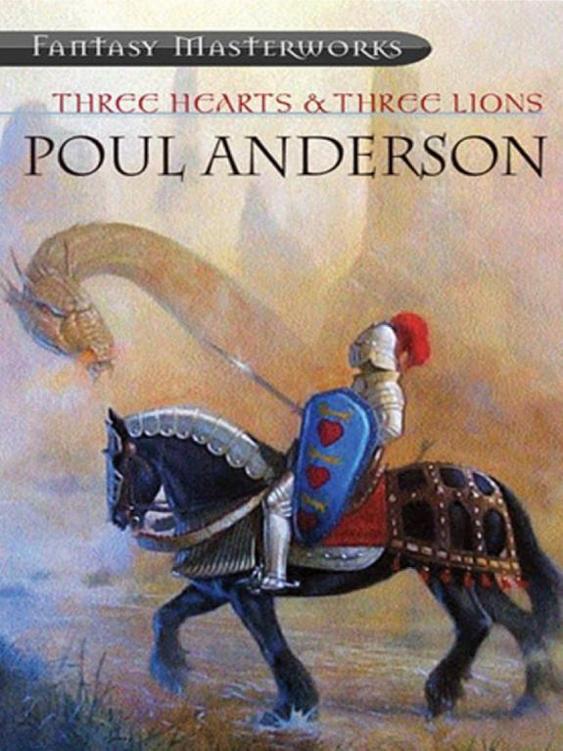 To Robert and Karen Hertz

AFTER SO MUCH time has passed, I feel obliged to write this down. Holger and I first met more than twenty years ago. It was in another generation—another age. The bright lads whom I am training these days are friendly and all that, but we don’t think the same language and there’s no use pretending otherwise. I have no idea whether they will be able to accept a yarn like this. They are a more sober lot than my friends and I were; they seem to get less fun out of life. On the other hand, they have grown up with the incredible. Look at any scientific journal, any newspaper, out of any window, and ask yourself if outlandishness has not become the ordinary way of the world.

Holger’s tale does not seem altogether impossible to me. Not that I claim it’s true. I have no proof one way or the other. My hope is just that it shall not quite be lost. Assume, for argument’s sake, that what I heard was fact. Then there are implications for our own future, and we’ll have use for the knowledge. Assume, what is of course far more sensible, that I record only a dream, or a very tall story. Then I still think it’s worth preserving for its own sake.

This much is certainly true: Holger Carlsen came to work for the engineering outfit that employed me, in the fall of that remote year 1938. During the months which followed, I got to know him quite well.

He was a Dane, and like most young Scandinavians had a powerful hankering to see the world. As a boy, he had traveled by foot or bicycle across most of Europe. Later, full of his countrymen’s traditional admiration for the United States, he wangled a scholarship to one of our Eastern universities, where he studied mechanical engineering. His summers he spent hitchhiking and odd-jobbing around North America. He liked the land so much that after he graduated he obtained a position here and thought seriously of getting naturalized.

We were all his friends. He was an amiable, slow-spoken fellow, thoroughly down to earth, with simple tastes in living style and humor—though every so often he broke loose and went to a certain Danish restaurant to gorge on
smorrebrod
and
akvavit.
As an engineer he was satisfactory if unspectacular, his talents running more toward rule-of-thumb practicality than the analytical approach. In short, he was in no way remarkable mentally.

His physique was a different matter. He was gigantic, six feet four and so broad in the shoulders that he didn’t look his height. He’d played football, of course, and could have starred on his college team if his studies hadn’t taken too much time. His face was of the rugged sort, square, with high cheekbones, cleft chin, a slightly dented nose, yellow hair and wide-set blue eyes. Given better technique, by which I mean less worry about hurting their feelings, he could have cut a swathe through the local femininity. But as it was, that slight shyness probably kept him from more than his share of such adventures. All in all, Holger was a nice average guy, what was later called a good Joe.

He told me something about his background. “Believe it or not,” he grinned, “I really vas the baby in the cartoons, you know, the vun left on the doorstep. I must have been only a few days old ven I vas found in a courtyard in Helsnigor. That’s the very pretty place you call Elsinore, Hamlet’s home town. I never learned vere I came from. Such happenings is very rare in Denmark, and the police tried hard to find out, but they never did. I vas soon adopted by the Carlsen family. Otherwise there is not’ing unusual in my life.”

That’s what he thought.

I remember one time I persuaded him to go with me to a lecture by a visiting physicist: one of those magnificent types which only Britain seems to produce, scientist, philosopher, poet, social critic, wit, the Renaissance come back in a gentler shape. This man was discussing the new cosmology. Since then the physicists have gone further, but even in those days educated people used to hark back with a certain wistfulness to times when the universe was merely strange—not incomprehensible. He wound up his talk with some frank speculation about what we might discover in the future. If relativity and quantum mechanics have proven that the observer is inseparable from the world he observes, if logical positivism has demonstrated how many of our supposedly solid facts are mere constructs and conventions, if the psychic researchers have shown man’s mind to possess unsuspected powers, it begins to look as if some of those old myths and sorceries were a bit more than superstition. Hypnotism and the curing of psychosomatic conditions by faith were once dismissed as legend. How much of what we dismiss today may have been based on fragmentary observation, centuries ago, before the very existence of a scientific framework began to condition what facts we would and would not discover? And this is only a question about our own world. What of other universes? Wave mechanics already admits the possibility of one entire cosmos coexisting with ours. The lecturer said it was not hard to write the equations for an infinity of such parallel worlds. By logical necessity the laws of nature would vary from one to another. Therefore, somewhere in the boundlessness of reality, anything you can imagine must actually exist!

Holger yawned through most of this, and made sarcastic remarks when we were having a drink afterward. “These mat’ematicians vork their brains so hard, no vonder they snap into metaphysics ven off duty. Eqval and opposite reaction.”

“You’re using the right term,” I teased him, “though you don’t mean to.”

“‘Metaphysics.’ The word means, literally, after or beyond physics. In other words, when the physics you know, the kind you measure with your instruments and calculate with your slide rule, when that ends, metaphysics begins. And that’s where we are right now, my lad: at the beginning of being beyond physics.”

“Voof!” He gulped down his drink and gestured for another. “It has rubbed off on you.”

“Well, maybe. But think a minute. Do we really
know
the dimensions of physics? Don’t we define them purely with respect to each other? In an absolute sense, Holger, what are you? Where are you? Or, rather, what-where-when are you?”

“I’m me, here and now, drinking some not very good liquor.

“You’re in balance—in tune with?—in the matrix of?—a specific continuum. So am I; the same for both of us. That continuum embodies a specific set of mathematical relationships among such dimensions as space, time, and energy. We know some of those relationships, under the name ’natural laws.’ Hence we have organized bodies of knowledge we call physics, astronomy, chemistry—“

“And voodoo!” He lifted his glass. “Time you stopped t’inking and begun some serious drinking.
Skaal!
”

I let it go. Holger didn’t mention the subject again. But he must have remembered what was said. Perhaps it even helped him a bit, long afterward. I dare hope so.

The war broke out overseas, and Holger started to fret. As the months passed, he grew steadily more unhappy. He had no deep political convictions, but he found he hated the Nazis with a fervor that astonished us both. When the Germans entered his country, he went on a three-day jag.

However, the occupation began fairly peacefully. The Danish government had swallowed the bitter pill, remained at home—the only such government which did—and accepted the status of a neutral power under German protection. Don’t think that didn’t take courage. Among other things, it meant the king was for some years able to prevent the outrages, especially upon Jews, which the citizens of other occupied nations suffered.

Holger cheered, though, when Denmark’s ambassador to the United States declared for the Allies and authorized our entry into Greenland. About this time, most of us realized that America would sooner or later be drawn into the war. The obvious plan for Holger was to await that day, then join the Army. Or he could sign up now with the British or the Free Norwegians. He admitted to me, often, hurt and puzzled at himself, that he couldn’t understand what was preventing him.

But by 1941 the news was that Denmark had had enough. Not yet had matters developed to the explosion which finally came, when a national strike led to the Germans ousting the royal government and ruling the country as another conquered province. But already you were beginning to hear gunshots and dynamite. It took Holger a lot of time and beer to make up his mind. Somehow he had gotten a fixation that he must return home.

That didn’t make sense, but he couldn’t get rid of it, and finally he yielded. At seventh and last, as his people say, he was not an American but a Dane. He quit his job, we gave him a farewell party, and he sailed off on a Swedish ship. From Halsingborg he could take a ferry home.

I imagine the Germans kept an eye on him for a while. He gave them no trouble, but worked quietly at Burmeister & Wain, the marine engine manufacturers. In mid-1942, when he judged the Nazis had lost interest in him, he joined the underground... and was in a uniquely good position for sabotage.

The story of his labors doesn’t concern us here. He must have done well. The whole organization did; they were so efficient, and in such close liaison with the British, that few air raids ever needed to be carried out on their territory. In the latter part of 1943 they brought off their greatest exploit.

There was a man who had to be gotten out of Denmark. The Allies needed his information and abilities rather badly. The Germans held him under close watch, for they also knew what he was. Nevertheless, the underground spirited him from his home and conveyed him down to the Sound. A boat lay ready to take him to Sweden, whence he could be flown to England.

We will probably never know whether the Gestapo was on his trail or whether a German patrol simply happened to spot men on the shore long after curfew. Someone cried out, someone else fired, and the battle started. The beach was open and stony, with just enough light to see by from the stars and the illuminated Swedish coast. No way of retreat. The boat got going, and the underground band settled down to hold off the enemy till it had reached the opposite shore.

Beauty and the Beast (Demon Tales 1) by Kerrianne Coombes
The Ferguson Rifle by Louis L'Amour
My AlienThreesome by Amy Redwood
Bender at the Bon Parisien (A Novel) by Pres Maxson
Time Spell by T.A. Foster
Death in the Choir by Lorraine V. Murray
Bondage by Owen, Chris, Payne, Jodi
Red Star Rising by Brian Freemantle
LovewithaChanceofZombies by Delphine Dryden
Operation by Tony Ruggiero
Our partner