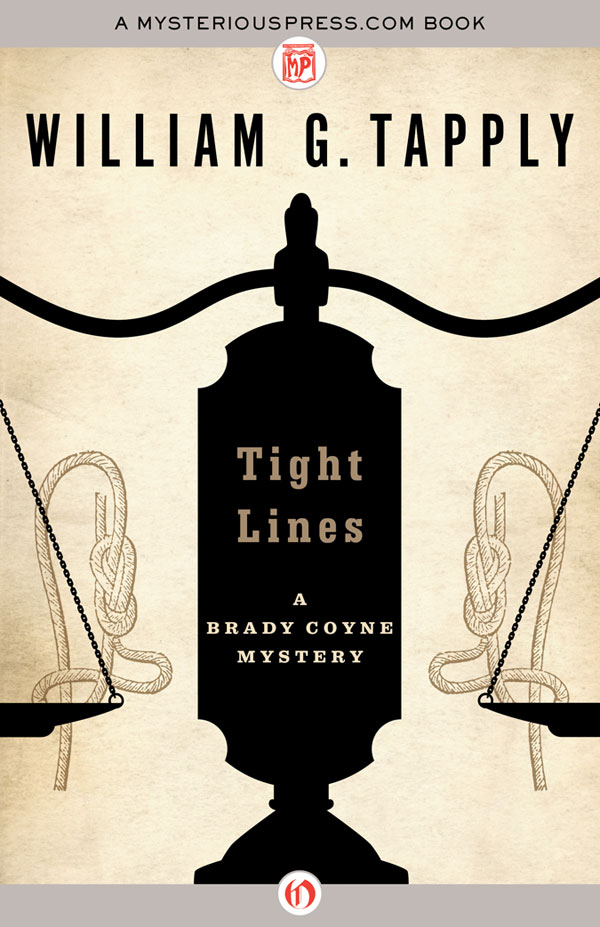 “No one who, like me, conjures up the most evil of those half-tamed demons that inhabit the human breast, and seeks to wrestle with them, can expect to come through the struggle unscathed.”

I
EXITED OFF THE
eight-lane highway in Lexington so I could follow the cultural route to Concord, which traces the meandering trails where the Minutemen skulked on the morning of April 19, 1775, as they took potshots at the British lobsterbacks from behind stone walls and oak trees. On this particular September morning I saw only scattered farm stands with their mountains of pumpkins and hand-painted signs advertising late corn and early apples. In the boggy places beside the road the swamp maples reflected crimson in the water.

Autumn in New England. It always depresses me. Dressed in its desperately spectacular colors, fall is the time of death, not to mention the end of the trout season.

I steered past the old homes of the Alcotts and Hawthorne and Emerson, past the places where Melville holed up for a while and Thoreau mooched off his friends, and into the village of Concord. Cars with out-of-state plates lined the streets and retired folks from Iowa with cameras around their necks prowled the sidewalks. On this particular day, still summerlike, the men favored short-sleeved shirts and the women wore Bermuda shorts. Fall is high tourist season for historic New England places.

Up on the hill most of the old literary boys were resting in the Sleepy Hollow Cemetery, another favorite tourist attraction.

I took a right at the Colonial Inn and followed Monument Street past the rude bridge—actually the third or fourth incarnation of the original bridge—that, as Emerson immortalized it in his poem, “arched the flood” on the April morning that marked Concord on the map before he and his fellow transcendentalists were even born.

I started to turn into the pea-stone driveway beside the old Ames house. I had to jam on my brakes as a shiny black Jaguar backed out past me. The driver either didn’t see me or had chosen to ignore me. I glimpsed his profile through the window—bony hairless head, beak-shaped nose, aggressive chin. A man obviously so important and busy that other vehicles were supposed to move aside for him. His Jag had several antennae sticking out of it. Cellular phone, CB, probably a stock market ticker.

At the end of the driveway he shifted, spewed pea-stones at me, and glided away in the direction of Concord center. Then I pulled into the driveway. Susan Ames’s Mercedes was parked there. Beside it crouched a pockmarked old yellow Volkswagen Beetle. I tucked my BMW behind the Mercedes, climbed onto the front porch, and banged the brass knocker.

She wore a short black skirt, black stockings, and a white blouse. She was slim and pretty and thirtyish, with chocolate-colored eyes and black hair cut short and parted at the side like a boy’s. She wore neither jewelry nor makeup. She didn’t need it.

“You,” she said, eyeing my gray pinstripe and attaché case, “must be the lawyer.”

She grasped it and smiled. “Terri Fiori. Come on in. Susan is out on the terrace.”

I followed her into the foyer and through the broad passageway that bisected the big old colonial. The Ames house had stood there since 1748. Minutemen had drunk rum and plotted in it with Colonel Buttrick and Captain Eben Ames in the cold winter of 1775. A few generations later the Concord writers used to gather there to argue transcendentalism and Unitarianism and drink more rum with Francis Ames, a very minor poet and failed philosopher himself. The big dwelling had nine fireplaces, six bedrooms, two parlors, a library, two studies, a birthing room, and a mud room to go along with the dining room, the kitchen, the two pantries, and the assorted bathrooms. The servants’ quarters were upstairs in back.

Terri Fiori paused inside the glass doors that overlooked the fieldstone terrace and beyond it the lawn that swept down to the river. Warm morning sunlight filtered through the big maples and willows. She put her hand on my arm. “She’s been looking forward to seeing you.”

“I know.” She gave my arm a quick squeeze.

I took a deep breath and pushed open the glass door. Susan was sitting at the patio table. Her glasses were perched low on her long aristocratic nose. She was studying a stack of papers. She wore a bulky sweatshirt and baggy blue jeans. Her white hair hung in a long pigtail over her shoulder. Aside from a few more creases in her craggy face, she looked the same as ever to me.

She raised her eyes over her glasses without lifting her head. “Well, Brady Coyne. Come sit.”

I went over and sat across from her. She held her hand out to me and I took it. It felt weak and bony to me, but that could have been my imagination.

“You’ve been avoiding me,” she said.

“You should be used to dealing with half-dead old people by now.”

“You never get used to it.”

She smiled. “That’s what we love about you.”

“Well, I survived my three-day sojourn at Mass General.”

“Yes. You told me you’d been in when you called. And?”

She took off her glasses and put them on top of the papers in front of her. She pinched the bridge of her nose. “I have been given three choices,” she said, gazing past my shoulder toward the river where the morning sun glinted off its surface. “There is an operation. There is chemotherapy. Either one, they tell me, will buy me maybe six months.”

I waited for a moment, then said, “And the third choice?”

“Nothing. Do nothing. Wait.” She turned her head and looked evenly at me. “I have selected number three.”

“Could give me six months, too. Or maybe only one. Modern medicine, Brady, is about as precise a science as your law. I shall take my chances and let nature follow its inevitable course. I die regardless.”

“Enough,” she said. “This is a morbid subject. I forbid it. We must discuss the future.”

“You mean your will.”

“The disposition of my estate. Yes.”

I shrugged. “It’s a simple will, Susan. Everything goes to your daughter. Should she predecease you—”

“An unlikely instance, it would now seem,” she said.

I nodded. “Well, if she should, then the house and its contents and all your liquid assets as well all go to the Concord Historic Places Commission. Is there something you’d like to change?”

“Mary Ellen is the problem.”

I nodded. I had heard it from Susan many times before. Charles and Susan Ames’s only heir had always been a problem. “We can still alter your will, you know,” I said.

“Frankly,” said Susan, “I’d like to. I don’t mind her getting the money. But I’m worried that she’ll turn the house into a communal shelter for foreign revolutionaries, or free-loving potheads, or motorcycle gangs. There are absolutely priceless things in here. You know that. First edition Emersons and Alcotts. Furniture that Eben Ames himself sat upon and slept in. Copleys and Singers and Doolittle engravings on the walls. I doubt if my wayward daughter has any conception of the significance of any of this.”

“We’ll bequeath it all directly to the commission, if you want. It’ll take me about two days to redo it.”

Susan hugged herself. She stared up into the sky for a moment. Then she looked at me and shook her head. “No. It’s not how Charles would have wanted it. I’m just a temporary trustee here, Brady. It came through his family, and now it’s mine only because Charles happened to marry me and then died before I did. He left it to me with no strings attached. He trusted me to care for it as he would have, and when the time came, to pass it on to Mary Ellen. And she to her heirs, and so on.”

“Except, as far as I know, Mary Ellen has no children.” She smiled. “As far as I know, she has never married and never will. Of course, part of the problem is, I don’t know what she’s done. Anyway, it appears that, after two and a half centuries of Ameses, Mary Ellen will be the end of the Ames lineage. In which likelihood, Brady, I want her assurance that she will do the right thing.”

“Yes. Give the place to history. It’s a simple request. Take care of it as long as she lives, and bequeath it to the commission when she dies. If she doesn’t want it, she can turn it over to the commission directly. Willard Ellington,” she added, “is very eager to acquire it.”

“Willard Ellington. The current director of the commission. His family wanders back to the Minutemen in a murky sort of way. Willard owns a bank in town. He was, at first, quite gleeful to hear that my days were severely numbered. I believe that he would consider it a major feather in his cap if he negotiated the acquisition of the Ames House. Then when he realized that Mary Ellen would get the place, he sobered up fast. He was just here, in fact. You just missed him.”

“Actually,” I said, “he just missed me. He drives a Jaguar?”

“That was Willard. I asked him to wait for you to arrive, but he fancies himself a very important man who has no time to wait for anyone else. Everything must follow his schedule. That’s Willard.”

I nodded. “He was in a big hurry. He seemed distracted.”

“We conferred, and I think it was the first time he realized that when I die he’ll be at the whim of Mary Ellen, and that she’s likely to outlive him, and that the commission will not get this place during his lifetime. He is unhappy that I will not bequeath the place directly to them. But,” she said with a twirl of her hand, “I won’t. Charles wouldn’t have wanted it.”

“Well,” I said, “the hell with Willard Ellington. We’ll do exactly what you want.”

“What exactly
is
it that you want, Susan?”