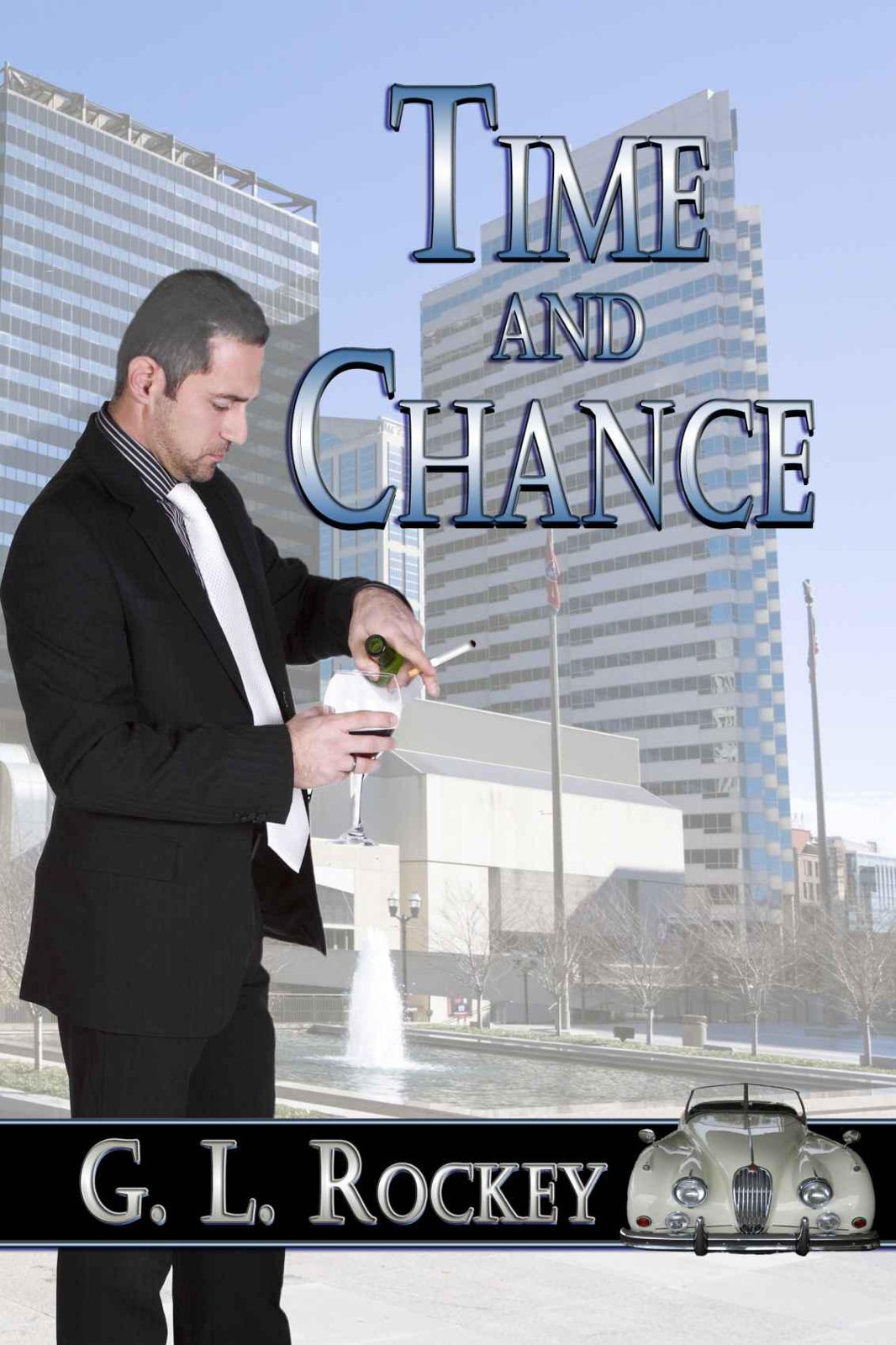 TV-12 News Director Jack Carr has lived in a bottle since the loss of his beloved wife to cancer. On the other hand, just about any kind of medication is needed for him to deal with the dysfunctional mess that is Channel 12 under the management of Berry Frazer, who inherited his father's small broadcast empire but not his father's talent for running it. One of Jack's favorite hangouts is the Memphis nightclub Felix the Cat, owned by a twisted albino thug named Mike 'Snakebite' Walker. Since life is pretty much over for Jack, he has no problem falling into a torrid affair with Snakebite's 'main squeeze,' a slightly over the hill country singer. Pushing boundaries has become his reason for existing. It's at Felix the Cat he discovers a tall, gorgeous 'Kitten' named Gillian, and suddenly life isn't so dark. But Gillian harbors a secret, one that's tied in with an investigation Jack and his ace reporter Sago Yu are doing on a rash of disappearances of young women. She's an undercover agent for the TBI, and before all the mysteries are solved she and Jack will risk their growing attraction ending in disaster.

All rights reserved. Without limiting the
rights under copyright reserved above, no part of this publication may be
reproduced, stored in or introduced into a retrieval system, or transmitted, in
any form, or by any means, (electronic, mechanical, photocopying, recording, or
otherwise) without prior written permission of both the copyright owner and the
above publisher of this book.

An hour later, landed
at Huntsville International Airport, a car waiting, he drove to a trailer park
on the outskirts of Decatur, Alabama, parked and entered a rusty Airstream
trailer.

‘Chinchilla’ supplier
Sonny—spec black eyes darting about like a rat in a psychology maze experiment—nodded
to a young girl sitting on a stained sofa.

Sonny sneered at the
girl, “Stand up.”

Nothing more said,
Chuck began probing the girl's body with his index finger.

Finished poking her
over, Chuck said, “Not bad.”

Trawl flashed a
toothless grin and nodded toward a back bedroom, “Like ‘er, take it now.”

The Tennessean reported the story on the front page:

A car bomb has taken
the life of Tennessee Bureau of Investigation agent Ancel Kensington and his
wife, Maria. The couple had been celebrating their twentieth anniversary at a
Hermitage Hotel dinner party. Following the celebration, when the Kensingtons
got in their SUV to drive home, the tragic incident took place. Police say the
explosion was so forceful they found the front bumper of the vehicle a half
block away.

Ancel, a special
agent for the TBI, had been working on a local Nashville rackets connection
with the Dixie Mafia involved in human trafficking.

I'm Jack Carr, News
Director at the CBS outlet WBFN-TV12, Nashville, Tennessee, where I work to pay
the rent, Jack Daniels' distilleries, Uncle Sam, speeding tickets, a D.U.I.
lawyer, sundry utilities, and a local Stop&Shop. I also make healthy
donations to the Police Chief's annual charity ball for which, in part, I
received a deputy badge. The badge sometimes helps with speeding tickets and
the D.U.I.s.

In it all, one thing
that bugs me is time and chance. Since I can remember, I concluded there are
two kinds of time—mine and real. Then there is chance. I've determined, like
time, there are two kinds of chance—good and bad.

As to the time thing,
in the universe, on earth, time has many names. For instance there is Pacific,
Zulu, Central Standard, Greenwich, solar, Daylight Savings, star, earth, sun,
etcetera, etcetera, etcetera. There is also end-time, as in everybody's.
Obscuring matters is that Einstein thing, relativity—something like, as velocities
approach the speed of light, time slows. More befuddling, when time exceeds the
speed of light (the theory goes) time regresses. I wish.

Then there's chance. I
looked chance up a couple of times. Actually, learnt it by heart. Webster's New
Collegiate Dictionary defines chance thusly: Chance, 1: a) something that
happens unpredictably without discernible human intention, or observable cause
b) the assumed impersonal purposeless determiner of unaccountable happenings:
luck c) the fortuitous of incalculable element in existence: contingency. 2: a
situation favoring some purpose: opportunity.

I figure if there is a
God involved in any of this, either way, we all have a problem.

So anyway and here we
are, I turned forty last April and my once-full head of black hair is flecked
with gray but still full. Some say my once-green eyes look like tarnished
copper and my nose, broken several times (I played football in college, UT,
guard and sometimes, mainly after friendly conversations with bar patrons,
jerks, and know-it-alls, traded left jabs), last time I looked is slightly off
center. Some say it looks like a corkscrew flattened by a steam roller.
Whatever. One good thing, my stomach is still flat, mainly due to liquid diet
dinners of Jack Daniels on the rocks. I'm five foot ten and people sometimes
remark that I resemble somebody they have seen somewhere. I don't know about
that, but I do talk to myself a lot like it's somebody I know. And, more
strange, I hear somebody talking back.

For instance, in times
of crisis, or times in general, somebody says the strangest things to me, like:
"Time and chance is mixed up with a fickle free will thing and the
exclusive consequences are stuck on the smell of humanity forever.

"Is a minute a
minute on an Andromeda star? Is it the same in Xanadu? Did Kubla Khan know?

"A woman once
told me, one plus one is not always two.

"Truth is not pi
r squared.

"Turned south,
down around the southern tip of Peru.

"When we begin
weaving a beginning, the end gets further away, and when we hold on it
disappears, and sometimes an end can be better than a beginning.

"Who started this
time thing anyhow?

"Take David and
Goliath. If Goliath kills David, no story."

One other thing my
somebody says, on occasion, when disillusioned with the human condition,
"You know how many wives Solomon had?"

And, when convinced that
I am right, somebody says, "If I'm wrong, fuck right."

Anyway, so here we
are, in a tidy little microcosm of imposed time and chance. A tangle of real-time
events that seems to be converging in my life at some screwy corner of now and
nowhere. Some call these convergences fate; others, luck. The implications in a
larger whole can keep you up nights wondering who or what may be around the
world's next corner.

Anyway, it's Friday,
April 13 (I'm long past fretting over Friday and 13, there are too many other
days that outshine it), my silver Blancpain chronograph indicates that it is a
little past 6:25 P.M., and I need a drink. Speaking of drink, some say I've
been drinking too much (okay a lot). Other say I smoke too much, but I tell
them I only smoke when I drink. Still others who know, know differently. The
drinking and smoking had its origins in a fork. i.e., one of those life paths
you're on that is going along duckily but fate runs a red light and you find
yourself on that "why" road with no reason.

I looked up. Sago Yu
stood in my office doorway. His encyclopedic face, thick and bronzed, involved
two large chocolate-brown eyes that reflected back the moment in time when this
all began. His black hair, pulled back in a ponytail (I know this), hung to his
top vertebrae. Five foot six, he is built like a fire plug.

I told him, after my
regularly scheduled critique of the 6:00 P.M. newscast, take about ten minutes
or so, I'd meet him in the lobby.

He said okay and left.

So you'll know, Sago
is my ace investigative reporter. He turned twenty-eight last February. Law
degree, he tried practicing legalese but he hated judges. Tried teaching
college but he loathed students. We hooked up a year ago when I needed an
expert political analyst on Tennessee election laws, state government, for
local election coverage. He liked the work and viewers loved him. I enjoyed his
insights, so he stayed. More recently, we have a bar in common, (his legal,
mine of the liquid variety) so he's become more than an employee.

Regarding his name,
Sago told me that Yu came from Yu The Great on his mother's side. Yu The Great
was the Chinese predecessor of the Old Testament's Noah. Sago also told me that
his first name (redacted by me) came from a distant Cherokee ancestor,
Sequoyah, inventor of the Cherokee syllable—made it easier for Cherokee to
understand white man’s forked tongue stuff, so Sago told me. Regarding S-Stuff,
that's the code word Sago and I assigned an in-depth TV series he is working
on. The idea, his (after seeing a piece on 60 Minutes—trafficking in human
beings, mostly young girls), came up three weeks ago. He had done initial
research, we talked and, considering the stakes, sleazy individuals who might
be involved, I gave him the okay, with the caveat: when we talked about the to-be
series we would refer to everything associated with it as S-Stuff. So you'll
know, S stands for scum. We also agreed to discuss sensitive S-Stuff matters in
Winston. Winston is my mint, bone white, 1957 XK140 Jaguar convertible,
restored (mostly by Nashville-based U-Cars, some by me). My late wife, Terri,
had named it, she loved that car, we took long top-down rides along back
country roads.

B006T5JMRC EBOK by Knight, Aya
Red Run by Viola Grace
The Howling by Gary Brandner
The Demon Within by Stacey Brutger
Angel Fire by Valmore Daniels
Heat Rises by Castle, Richard
Fae by C. J. Abedi
Lakota Woman by Mary Crow Dog
Rhapsody: Notes on Strange Fictions by Duncan, Hal
Forty Things to Do Before You're Forty by Alice Ross
Our partner