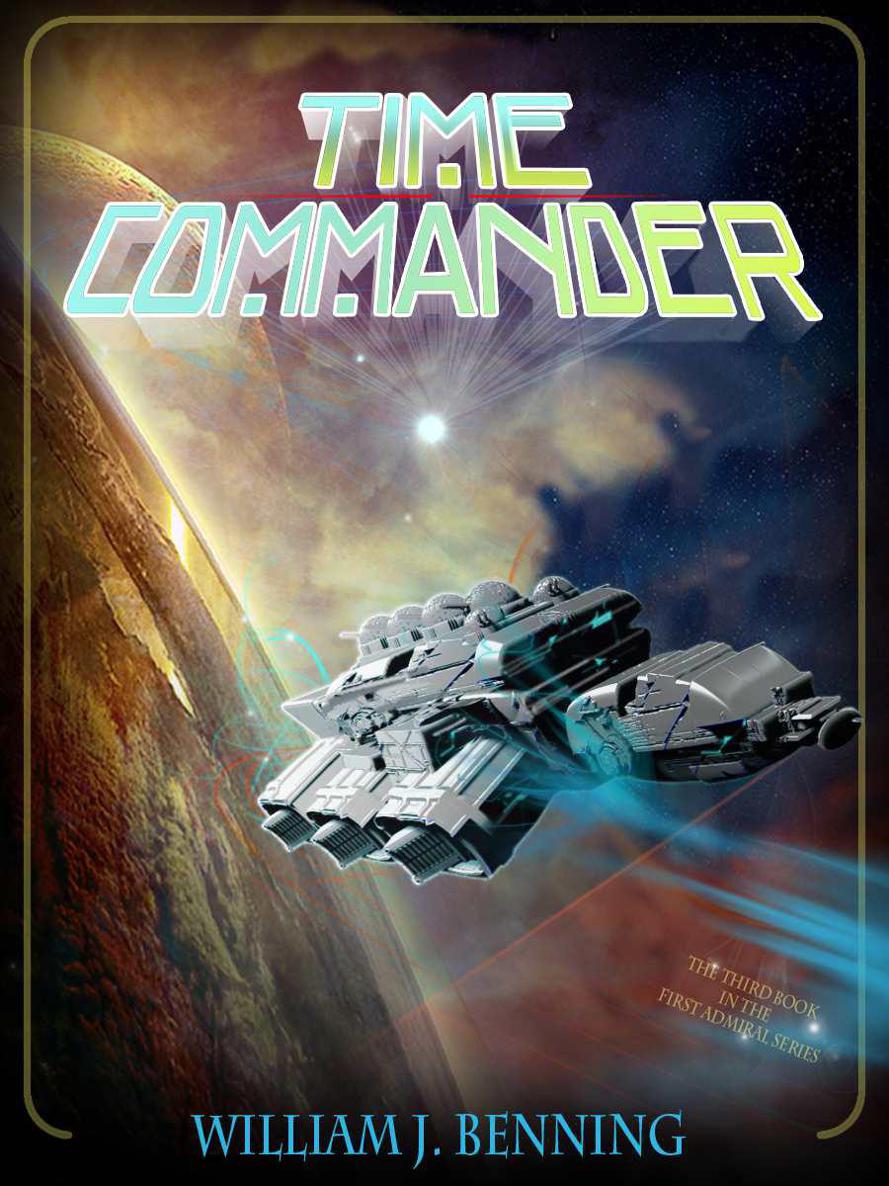 ALL RIGHTS RESERVED:
No part of this book may be reproduced, stored in a retrieval system, or transmitted, in any form or by any means, without the prior permission in writing of the publisher, nor be otherwise circulated in any form of binding or cover other than that in which it is published and without a similar condition including this condition being imposed on the subsequent purchaser. Your non-refundable purchase allows you to one legal copy of this work for your own personal use. You do not have resell or distribution rights without the prior written permission of both the publisher and copyright owner of this book. This book cannot be copied in any format, sold, or otherwise transferred from your computer to another through upload, or for a fee.

Warning:
The unauthorized reproduction or distribution of this work is illegal. Criminal copyright infringement is investigated by the FBI and is punishable by up to 5 years in federal prison and a fine of $250,000.

Publisher’s Note:
This is a work of fiction. All characters, places, businesses, and incidents are from the author’s imagination. Any resemblance to actual places, people, or events is purely coincidental. Any trademarks mentioned herein are not authorized by the trademark owners and do not in any way mean the work is sponsored by or associated with the trademark owners. Any trademarks used are specifically in a descriptive capacity.

Chapter 1: The Time Warrior Arena - Chronos - A Moon of Ganthus

“
That should not have happened!” said the Grand Adjudicator.

Almost absent-mindedly, he ran the fingers of his four digit hands through his greying jet-black hair as he stared uncomprehendingly out of the arena-side window at the three hundred foot high Vide-Orb image.

Like most adult Ganthorans, Grand Adjudicator Bellor was tall. He stood at over six and a half feet, yet despite his tall stature, he had a feline grace and ease of movement that gave him a tremendous personal presence. His fine, pale-brown skin stretched tautly over a long elegant face, whilst triangular, short and pointed cat-like ears perched neatly on the top of his head. Around his ears a silky, fine black hair, which was tending to grey, hung loose and stretched down to his shoulders. His eyes were a deep dark-brown sitting over a cat-like muzzle and lower jaw. His nose, though small, was the same light-brown in colour and blended smoothly into the muzzle. His neck was long and elegant which again stood to emphasise his almost regal bearing.

And, he was angry.

This was the third time a suspected computer malfunction had caused the death of a Time Warrior Candidate. Now, there could be absolutely no doubt in anyone’s mind that the massive computer that generated the scenario for the Time Warrior ritual had been compromised and sabotaged. There would have to be yet another investigation as to what went wrong, and a report for another Candidate’s delegation to explain why their leader was now dead, when by all fairness he should have been preparing for his Coronation. Instead of the huge Vide-Orb image dissipating to reveal a triumphant Time Warrior Candidate, and Emperor-Elect, it now vanished to show the pathetic remains of a brave, but savagely betrayed, worthy Horvath General. Rather than the rapturous cheering of the half a million strong Ganthoran crowd, there was a morose shocked silence that seethed with resentment and rage.

The Vide-Orb; the window to the Time Warrior Ritual, was a huge egg-shaped holographically generated image of what happened within the computer-generated chamber of the ritual.

With almost five hundred thousand spectators in the Arena, there had to be some way of allowing them to view what was happening in the Ritual scenario. As the Vide-Orb projection disappeared, the massive image of the slain Horvath General was replaced by the pathetically small blood-stained reality on the arena floor. The hundreds of thousands of Ganthoran spectators in the huge circular arena roared and shouted their anger and disapproval in one huge cry. What had happened to the Horvath was grossly unfair to their minds, and Ganthorans were vocally intolerant to injustice.

“
This is a tragedy.” The stunned voice of Second Adjudicator Tiba pierced through the distracted absence of Bellor’s mind.

Looking into the huge video monitor built into the wall of the room, Bellor noticed that the computer generation had faded away to be replaced by the blue-white sand of the Time Warrior Arena. In the middle of the monitor image lay the body of the Horvath General; Goldair. A sharp-bladed weapon had split his skull neatly, leaving a huge red gaping wound from the crown of his head down to the base of his nose. He was lying on his back with arms and legs outstretched; the blood and brain matter from the fatal wound seeping into the blue white sand. His sightless grey eyes stared up at the beautiful pale yellow evening sky of Chronos, whilst the look on his light green face registered the shock and horror of his betrayal, and protested the unfairness of it to the sky.

Around the edge of the huge Arena, hundreds of thousands of Ganthorans drummed their heels in protest at the outrage they had just witnessed. The great Arena shook under the stamp of their feet to a tattoo that sounded like thunder.

RUMM! RUMM! RUMM-RUMM-RUMM! The angry crowd stamped over and over again. The dark-blue uniformed and helmeted security personnel on the arena floor shuffled nervously and pointed their weapons at the outraged crowd. The hundreds of thousands of feet stamped in unison, and sent chills down the spine of Grand Adjudicator Bellor. Goldair had not been an immediately popular candidate with the Ganthoran people, but he had shown courage and skill in the ritual. Now, there would be no Emperor to unite the diverse factions and species within the Empire. The instability would continue, and the Adjudicators would, once again have to struggle, threaten, plead, cajole and compromise to hold the Empire together until a new candidate for the Imperial Throne could emerge. Bellor shook his head with anger, resignation and disappointment.

Now, Grand Adjudicator Bellor had become tired and frustrated with the compromises, the political manoeuvring and the slow gradual death of the last Emperor’s shared dream of a more tolerant and prosperous Empire. Looking sadly at the brutalised remains of the Horvath General Goldair, Grand Adjudicator Bellor considered the near future for the Ganthoran Empire. The Pacifiers would, once more, have to use all too common brutality to subdue the inevitable protests, riots and disorder that would follow this disaster. The state of war that still existed with the Horvath would have to be pursued until the defeat of Frontier General Vartin had been avenged. Goldair had attacked, and defeated Vartin’s Frontier Fleet for the opportunity to undertake the Time Warrior ritual, so, legally, a state of war existed between the Horvath and the Ganthoran Empire. The Imperial Code required that the Horvath fleet stationed on the frontier had to be driven off, forcibly, to avenge that defeat.

That would, most likely, require the combination of two or more of the Frontier Fleets, making the Frontier Generals involved ineligible for the Time Warrior ritual. The defence of the Empire’s frontiers was their paramount duty. Needless to say, the Horvath would not just slip away peacefully after the treacherous death of their own General. It would mean more bloodshed and a weakening of the Frontier Fleets, which would be useful politically, but not in a military sense. The Bardomil, one of the most aggressive and predatory species in the entire galaxy, might just decide that a weakened Ganthoran frontier was an open invitation to recapture some of the disputed star systems in the area. Worst of all, if a Bardomil General defeated a Frontier Fleet, they would be entitled to enter the Time Warrior ritual as a Candidate.

A Horvath Emperor would be tolerable to the Ganthorans, but a Bardomil would be dead within hours of the Coronation.

These were unpleasant enough thoughts for Grand Adjudicator Bellor. But first, there were other duties to perform. Bellor snapped out of his shocked stupor and turned to issue instructions to his fellow Adjudicators.

Arrad, sitting with his head in his hands, at the near end of the long white Adjudication Table, from where they issued instructions and decisions, failed to respond.

“Adjudicator Arrad!!” Bellor drew a startled gasp from the nearby yellow-robed Adjudicator Tiba.

Slowly and uncertainly, Adjudicator Arrad rose to his feet. When at his full height, Arrad was a good head and shoulders taller than Bellor. The long, heavy, light blue, wide sleeved Robe of Office of the Third Adjudicator sat well on his tall slim frame. The white sash around his waist accentuated his muscular broad chest and provided the perfect accompaniment to the silver-chained medal that hung from his neck. Arrad was the youngest and most junior of the Adjudicators having only been appointed to the position after the death of his late father, Second Adjudicator Delbus, five years previously.

“
Go and prepare the execution order for General Vartin and his family,” Bellor ordered.

This was the part of the position that Bellor hated so much. Twelve years previously, the dying Emperor; Varnus, had decreed that Bellor be the Grand Adjudicator for the Time Warrior ritual. The late Emperor had died without any known children, and, by Ganthoran law, the succession could only be decided by a Candidate completing the Time Warrior ritual. To complete the ritual, a Candidate had to re-fight a battle which, in the history of his or her species and culture had been lost, and the leader killed. The Candidate had to show their skill, courage and leadership by reversing that historical decision to claim the Crystal Throne of Ganthus.

To qualify for the Candidacy of the Time Warrior ritual, a leader; whether they were Ganthoran or alien, had to win a decisive victory, either with, or over, one of the five Frontier Fleets that guarded the borders of the Empire. In the last twelve years, three Candidates had come and gone, with the single Ganthoran Candidate taking the Empire to the brink of civil war. The law still stood that if a Frontier Fleet General was defeated, then his life and the lives of his family were forfeit to the Candidate. If the Candidate became Emperor, then they themselves could decide what to do with the defeated General and his family. However, if the Candidate failed in the Time Warrior ritual, then Ganthoran law decreed that their lives were then forfeit to the Empire. And, for failure to defend the Empire, they would be immediately executed.