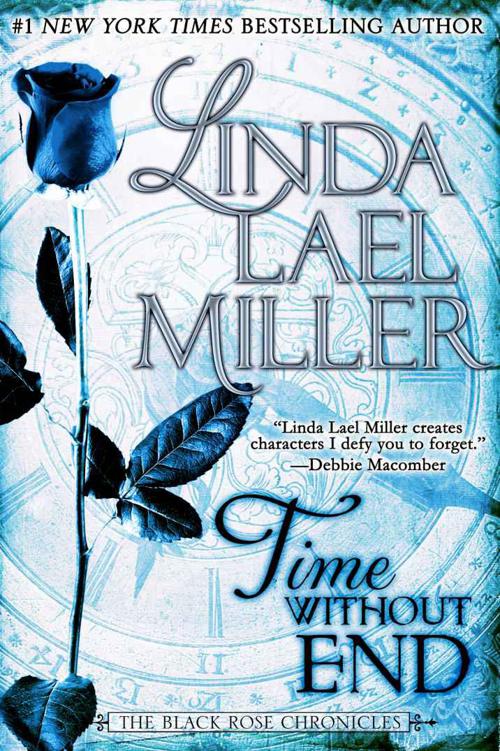 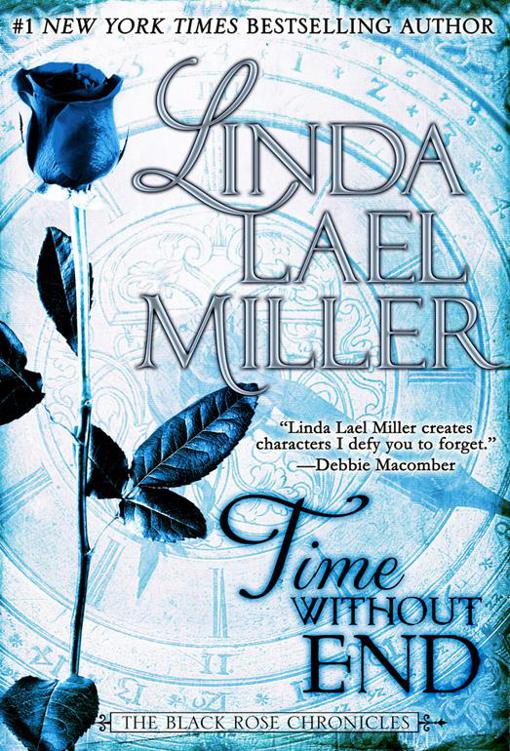 For Doreen Drago, Valerian’s good friend and mine. Heartfelt thanks from both of us.

A hush fell over the audience as the full-sized glass coach rolled onto the stage, drawn by six perfect white horses with golden manes and tails. Dense fog tumbled and spun along the floor, rising slowly, encompassing the silent, gilded wheels of the carriage, swirling around the black iron pillars of the old-fashioned streetlamps lining the wings.

Daisy Chandler had been on a stakeout until half an hour before, and she’d arrived in the theater of the new Venetian Hotel just in time for the finale. Even though she’d lived in Las Vegas all her life, and knew more than a little about trickery and sham, she held her breath as the carriage door opened.

The magician stepped out of the coach onto the stage.

Tall and very broad in the shoulders, he stood just behind the fog-dimmed footlights, regarding the audience in imperious silence for a few moments, as though deciding whether or not these particular people were worthy of his presence, let alone his performance. He wore a plain tuxedo, exquisitely tailored, beneath a flowing black velvet cape embroidered with glimmering threads of every conceivable color, and his chestnut hair was thick, slightly too long over his collar, and faintly shaggy. His features were patrician, his complexion pale with a pearlescent glow to it.

Although Daisy could not see his eyes in the darkness, she would have sworn his gaze touched her, passed by, and then returned to cast some subtle spell.

Daisy felt an immediate wrench of sorrow and joy deep within herself, a recollection of great love and even greater tragedy. A fury of faded pastel images fluttered in her mind, like antique valentines . . .

Daisy tried to shake off the fanciful impression. She was a cop, and an especially pragmatic one at that. She didn’t believe in magic, or in memories of things that had never happened to her in the first place. She’d been having spooky dreams, on and off, ever since she was eight years old, but that fell into another category entirely.

She shifted in her seat, wondering why she’d come to see a magic show instead of going home to her apartment for a Lean Cuisine, a hot bath, and some badly needed sleep. Hell, she’d even laid out the seventy-five bucks for a ticket . . .

Daisy bit her lower lip. She’d heard about the magician, who billed himself simply as Valerian—with no

Greats or Magnificents or Incomparables tacked on for purposes of pizzazz—from her friends. They said his tricks were impossible, that other sleight-of-hand specialists were flying in from the world over, hoping to figure out how he did it all, and Daisy had wanted to see the act for herself.

It was as simple as that. Wasn’t it?

She realized she was holding her breath, and ordered herself to take in air, but her hand trembled as she reached for her glass of diet cola. Her gaze never left the commanding figure dominating center stage.

Daisy was enthralled, like all the other spectators, as Valerian raised his arms high in the air, turned his back to the audience, and faced the team and carriage. The metallic threads in his cape seemed to ripple and undulate under the stage lights, and Daisy shook her head, overwhelmed by another flood of footloose, whimsical remembrance.

The magician lifted his hands slowly, gracefully, from his sides, palms up, and as he did so, the fairy-tale coach and all the horses rose a few inches off the floor, then a foot, then several feet.

The silence in the room was explosive, absolute. No one spoke, or coughed, or cleared a throat. The horses seemed unconcerned with the fact that their hooves weren’t touching the floor; they moved in place, as though they were trotting on top of a cloud, and the carriage wheels spun accordingly.

Valerian turned, in a swirl of shimmering color, and glared fiercely at the audience, seeming to challenge them to question the trick. Then the fog dissipated, and Cinderella’s coach-and-six were still jostling along in mid-air, supported by nothing at all.

Daisy scooted to the edge of her chair, frowning, her practical cop’s mind racing even as her emotions wrestled with the lingering sense of poignant recognition. She knew razzle-dazzle when she saw it. No matter how polished the magician, no matter how sophisticated the trick, illusions were illusions. There could be no question that her eyes were fooling her, but she was more than mystified by what she was witnessing—she was unnerved.

The wizard gestured, and a half dozen of the requisite dancing girls pranced onto the stage, three on one side, three on the other. At another silent command from Valerian, a trio of the skimpily clad women moved to sit cross-legged under the suspended coach. One of the three seated beneath the horses glanced upward with a thoughtful expression, then produced an umbrella.

A twitter of nervous laughter rose from the crowd, but that feeling of collective breath-holding remained.

Having proven, ostensibly, that there were no wires supporting the coach-and-six—an idea Daisy had already dismissed as preposterous anyway—the dancing girls scrambled out from under it.

Valerian raised an arm, and the coach door opened again. A glittering gold ladder stretched with soundless grace to the stage floor, and the girls ascended, one by one, into the carriage. The door closed behind them.

There was a sort of psychic drumroll, something felt rather than heard. Then the great deceiver raised his arms again, and the onlookers cried out in wonder, Daisy included, when the team began to move, still suspended, pulling the coach out over all their heads, making a grand and glorious sweep before returning to the stage.

Daisy’s mouth dropped open. She closed her eyes, then opened them again.

The coach-and-six settled gracefully back to the floor of the stage, then rolled out of sight.

The audience soared to its feet, clapping and cheering wildly. The magician bowed deeply, a small, ironic smile lifting just a comer of his mouth, then vanished in the proverbial cloud of smoke.

Daisy sank back into her chair, still in shock. The horde of tourists straggled out, murmuring among themselves, speculating. Soon, the theater was empty, except for a few waiters, and the stage, with its tiered curtain of ivory silk, was dark.

Daisy remained, her heart in her throat, inexplicable tears burning in her eyes, obeying some unspoken command because she could not find the strength to defy it. Waiting.

For Daisy, the show was far from over.

“You’ve ruined both of those lads,” Noah Lazarus groused from his position next to the table, mallet in hand. His wife, Seraphina, stood gazing out of the shop window, looking for those scoundrel sons of hers. He spat in an effort to gain her notice, knowing beforehand that he would fail. “The names you gave them, Sera— Krispin, Valerian—names fit for the sons of princes and kings. And me naught but a bootmaker!”

Seraphina turned those extraordinary violet eyes on him at last, and even though they flashed with contempt, Noah was glad of her notice. He knew he was pathetic, but in such moments he couldn’t make himself care.

“They are fine lads,” she said acidly. The late afternoon sun came through the thick, bubbled glass of the window, playing in her rich chestnut hair. Noah marveled that such a creature had bound herself to the likes of him, under the laws of God and man, that she’d lain with him, borne the children he sired.

Just then, Noah caught a glimpse of the boys, returning from the keep overlooking the small seaside village and the wild Irish Sea. Valerian, the elder, was seventeen, tall and straight as a ship’s mast, with powerful shoulders and his mother’s dramatic coloring. He had strong bones, unblemished skin, and straight white teeth, Valerian did, and he was so physically perfect that Noah could hardly believe he was the get of his own loins. It was as though the boy had willfully taken all the best of his parents for himself, leaving little or none for the children who followed.

Krispin, smaller than his brother, fair-haired and as delicate as a girl, came next. He’d managed to survive, at least—that was more than could be said for the others.

Poor little Royal had been born three years after Krispin, only to have his mother confer that embarrassment of a name upon him. He’d been a blue and spindly twig of an infant; hadn’t even survived a fortnight. As for the two girls, well,
those
wretched creatures, twins they’d been, had both given up the ghost before they could be christened.

The door of the shop swept open, and Valerian strode in. He wore the plain garb of a tradesman’s son, leggings and a tunic of the cheapest wool, and yet he looked out of place, as he always did. More like a dandy down from London Town than the pauper he was. He kissed his besotted mother on the forehead, and she glowed as if she’d just been blessed by John the Baptist, or one of the lesser saints.

Valerian’s eyes met Noah’s, and the old knowledge passed between them; they had always despised each other. That day the whelp carried an unbelievably rare and precious item—carelessly, of course—in the curve of one arm. It was a book, bound in leather, and Noah knew without looking that its parchment pages would have been painstakingly inscribed by one monk or a succession of them, and exquisitely illustrated with vivid colors and fragile brush strokes.

Peaches by Jodi Lynn Anderson
The Christmas Baby by Eve Gaddy
Cates, Kimberly by Briar Rose
Set Me Free by Gray, Eva
Devil in the Dock (A Robin Starling Courtroom Mystery) by Michael Monhollon
Borrowed Children by George Ella Lyon
The Towers of Samarcand by James Heneage
Have Gat—Will Travel by Richard S. Prather
Know When to Run by Karla Williams
The Spy Who Loved Her: Once Upon an Accident, Book 3 by Melissa Schroeder
Our partner