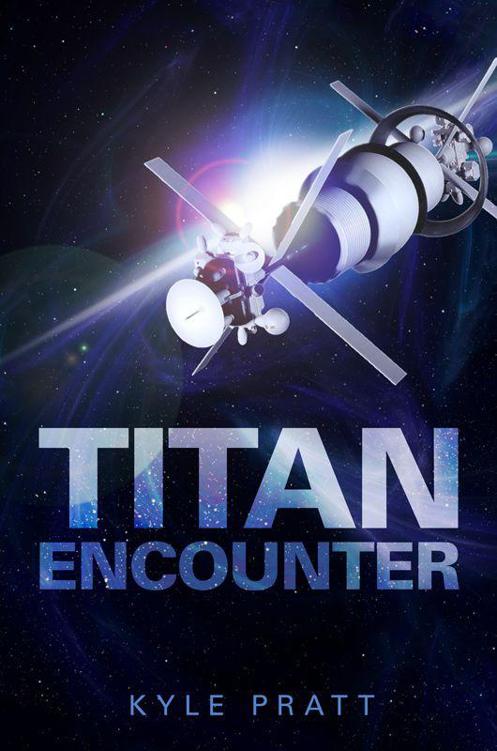 This is a work of fiction. Names, characters, places, especially
those on other planets, and incidents either are the product of the author’s
imagination or are used fictitiously, and any resemblance to actual persons,
living or dead, events, or locales is entirely coincidental

All rights reserved. No part of this book may be used or
reproduced in any manner whatsoever without written permission from the author.

Many authors say that their spouse is their
biggest fan. My wife Lorraine most certainly is mine. This book would not exist
without her constant encouragement and editing.

I would also like to thank my friends and
fellow writers, Joyce Scott,
Robert
Hansen
,
Barbara
Blakey
and Carolyn Bickel.
You have all taught me so much about the craft of writing.

I didn't set out to be a writer. That wasn't my plan, but life has
a way of not going as planned.

When I ran out of money for college I joined the United States Navy
as a Cryptologic Technician. I thought I would do four years and then go back
to college.

My first assignment was with a U.S. Navy unit at the Royal Air
Force base in
Edzell
, Scotland. While on leave in
Israel I met Lorraine, a young lady from Plymouth, Devon, England. We were
married the next year.

As a crypto tech I watched the growth and evolution of computers,
the Internet and the Worldwide Web. Originally, I planned and studied for a
civilian career in technology, but instead I made the navy a career.

Even before retiring from the navy, I was writing political
commentary and short stories. While I maintain an active interest in
technology, politics and science fiction, my livelihood now comes from teaching
and writing.

Today, Lorraine and I live on a small farm in Western Washington
State. My goal is a fulltime career as a writer and blogger. Titan Encounter is
my first book and I am already working on a second, as yet unnamed,
novel
.

You can easily find and follow me on the Internet.

Also by the
Author

Twenty years after the death of her father during the Battle of Altair,
Lieutenant Amy Palmer returns to the system as an officer aboard the
reconnaissance ship Mirage.

Almost immediately
disaster strikes and Amy, along with the crew of the Mirage, must face the
possibility of performing their final duties.

Final Duty is a military science fiction anthology that includes a
novella and two short stories set in the same genre and universe.

Justin starts one
morning as a respected business man and ends the day a fugitive wanted by every
power in the known universe. Fleeing with his ‘sister’ Mara and Naomi, a
mysterious woman from Earth Empire, their only hope of refuge is with the
Titans, genetically enhanced soldiers who rebelled, and murdered millions in
the
Titanomachy
War.

I am
an independent writer and so I don’t have an advertising budget.

If you have read one of my books and found it
entertaining, please tell your friends.

Also, books that have reviews sell more than those that do not so, if
you liked the story, please consider writing a review on Amazon.

If you don’t like the story tell me why.

Justin awoke from
the nightmare of flashing red lights, whooshing air and voiceless screams only
to realize it was not some dark fantasy of his subconscious,
it
was one of his earliest childhood memories.  Every year the calendar
forced the images from the black depths of his mind.  Slowly he sat up and
slid his feet from the edge of the bed to the cold metal floor. His head pounded
from too much drink, but his mind would not release the memory.

His mother had
shaken him awake on that horrid morning long ago. Even at such a young age, the
fear on her face was obvious. Red lights flashed in the compartment. She yanked
him from his bed as an explosion rocked the ship. They were under attack. The
ship shuddered and with each impact, he cried.

Someone placed him
and Mara, in an escape pod and told them to stay. Moments later, he heard a hissing
sound and his ears popped. He was only five, but he knew what to do. With all
his might, he pushed the hatch shut. Seconds later, his mother appeared in the
portal. She banged on the glass and yelled. Together with little Mara, they
fought to open the door, pushing the lever and pulling the door, but it
wouldn’t budge. Tears flowed. The memory of his mother’s lifeless face sliding
down the portal still haunted him. She was dead because of him.

Sometimes he dreamed
that his father was a wealthy merchant from Earth Empire or, if he was a Dreg,
that he was a great pirate or smuggler. In either case, Justin imagined that
somehow his father would find him and bring him home. It was all just a dream.
Mother was dead and Father never came. He stood and his head throbbed in
retribution. Stumbling to a portal, he looked at the arid planet far below.
The
past is gone.
As he thought the words he meant them but, moments later, his
broad shoulders sagged with the memory of the mother he had failed.

He rubbed his aching
head then stumbled down the hall. Before he reached Mara’s room he knew his
sister was gone. Peeking around the half open door, the undisturbed bed
confirmed what he already knew. These last few years, when she had the freedom
to leave, she had always left him alone on this day.  In earlier years,
she had tried to console him, but it was a fruitless, wasted effort and she
seemed to know it. Clutching his slate in his right hand, he ran fingers across
the screen to check his schedule for the day and with a sigh turned to face it.

Justin watched a
vessel inch toward the docking bay one level below, then paused and jotted
notes on his slate.

A woman in coveralls
approached. Tentatively she asked, “Are you okay?”

“One of the guys
said you wanted to talk to me.”

Still facing the
observation window, he rubbed his pounding head.
“Yeah.
Mara, could you have someone
find
these parts and…” He
held out the slate,
then
rubbed his chin with his
other hand. “Baxter’s aft thermal radiator got shot up on his last run. He’ll
need a new one.” Justin thought for a moment. “Does he pay regularly?” He
glanced in her direction.

“Get someone to pull
the newest radiator we have from the back so he can see it when he arrives.

He turned and for
the first time really looked at her stained face and greasy overalls. “What
have you been up to?”

“Oh.” She grinned
under the grime and looked at her clothes and hands. “I helped the night crew
install the new
decoupler
unit in Galt’s yacht.”

She pulled a knife
from a pocket and began to clean her nails. “Yeah I know.”

They discussed the
progress of ship repairs in the main bays then Justin asked, “How is the
inventory coming?”

“Ah… It’s
progressing.” She wiped her face with a rag, succeeding only in smearing the
oil.

Justin wasn’t quite
sure if he was more annoyed or amused. “We’ll discuss it later over dinner.”
Justin turned and ambled toward his office. “Thanks, Mara.”

“Who’s cooking?” she
called after him.

He smiled, but
otherwise ignored her comment. Heading back toward the office, he detected
movement off to his right. “What do you need
Ferren
?”

A man of big
proportions waddled into view.  His face was covered with a scraggily
beard and a bulbous nose.  He grinned.  “I have something for you.”

“You have something
for me?” Justin threw his arms to his heart in mock surprise. “Perhaps you have
the 20,000 credits you owe me?”

“I didn’t think so,”
he said flatly and walked past him.

Ferren
followed with
effort. His fat torso made him sway when he moved quickly and it was hard for
him to talk. With effort, he caught up, then reached out and touched Justin’s
arm. “But…I salvaged…a ship…”

Not wanting
Ferren
to have a heart attack, at least not right then,
Justin slowed his pace. “We’re all business people here
Ferren
.
You’re a pirate, not a salvager.”

“Okay. We detected a
coasting ship, blew a few holes in their hull, and removed the cargo.”

Justin smiled. “That’s
nice. Sell the cargo and pay me.”

“When I got back
from the run there was word of a man on Bristol paying well for smuggled cargo
leaving Earth Empire.”

“Yes, I’ve heard,”
he said with a growing smile. “So,” Justin placed a hand on the pirate’s shoulder,
“Go to Bristol, sell the cargo, come back and pay me.”

The smile
disappeared. “No.”

“But remember, I
have something for you.”

“There was a girl on
the ship.”

“I don’t buy or sell
slaves. You know that.”

Justin looked at
Ferren
with a skeptical eye. “Why would I take her in
partial
payment and then set her free?”

“Maybe you could
ransom her?”

“You ransom her and
pay me.” He turned and walked away.

Huffing and puffing,
Ferren
chased after him. “I’ll make you a very
special offer. I’ll give you the girl and after selling the cargo I’ll pay the
20,000 credits I owe. You keep the girl. Just give me the fuel cells.” Every
inch of
Ferren’s
face pleaded his case.

“After I pay you,
free her. You’ll have the money and feel good—and maybe you’ll be feeling good
before I pay you.”
Ferren
thumped Justin’s chest.

“I don’t like little
girls.” Justin turned and walked away.

In pursuit
Ferren
said, “She’s not a
little
girl,”
Ferren
said shaking his head, “she’s a woman.” Once again
he was grinning.
“Young, but not too young.

About Mara’s age, I would guess.” His grin grew, showing yellow teeth. “Pretty,
like Mara, too.”

Justin shuddered at
the thought of any woman in the hands of
Ferren
and
his crew. “Leave my sister out of this.” Justin stopped, sighed and stared at
floor. “Where is this woman from?”

Ferren
shrugged. “How
would I know?” He stroked his beard. “She’s not a Dreg, she has a strange
accent.