Read To Bite A Bear Online 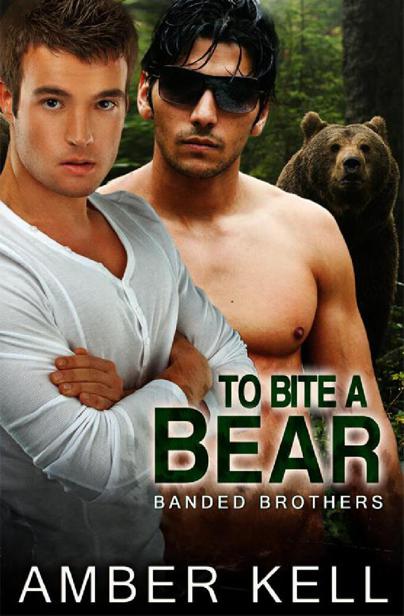 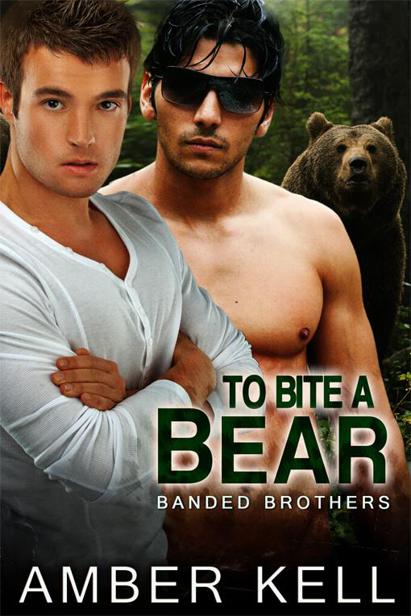 Sometimes you need a grand gesture to prove

your love, and sometimes a bear hug will do.

Harris Bender had a crush on vampire leader

Rohan, so when the alpha male requests him to

paint a mural, he can only say yes. However, after

is his mate. Is the carefree artist ready to settle

down with one man even if he’s extremely hot?

Rohan had been looking for his blood bonded

for centuries. One taste of the bear shifter’s blood

and he knows he’s found the one. However,

outside forces threaten to tear the couple apart. It

The unauthorized reproduction or distribution of this

monetary gain, is investigated by the FBI and is

punishable by up to 5 years in federal prison and a

and do not participate in or encourage the electronic

piracy of copyrighted materials. Your support of the

This book is a work of fiction. Names, characters,

places, and incidents either are products of the author’s

imagination or are used fictitiously. Any resemblance

to actual events or locales or persons, living or dead, is

All rights reserved. Except for use in any review, the

reproduction or utilization of this work in whole or in

part in any form by any electronic, mechanical or other

without the written permission of the publisher.

For my fans who tell me they want shifters other than

wolves. This series is for you.

ohan walked with his friend through the

had turned out for the First Thursday Art Walk to

sculptures and art covered the walls and perched

on pedestals throughout the building. Some of the

art Rohan didn’t understand, no matter how many

years were under his belt. A few artists stretched

the definition of art so far, it no longer resembled

anything Rohan wanted to put in his house.

Rohan preferred the purity of the classics. He

didn’t get abstract art; he preferred good lines, a

delicate touch and a defined subject matter. The

rest, he considered junk. Some might think him a

snob, but at five hundred years old, Rohan had

long stopped caring what others thought.

“Look at that one,” Vick said. Rohan had

taste, but tonight, it was
confirmed
. The vampire

liked anything with bright colors and oohed and

ahhed his way through six galleries. Some of the

pieces Vick excitedly pointed out were beyond

However, in this one case, Vick was right at

least about the artist.

effort to continue his walk. The painting, a

up most of the wall. The striking art piece called to

Rohan almost as much as the man standing beside

it. Big shoulders, strong hands and an animalistic

power rolled off the dark-haired artist, who

waved his hands expressively as he talked to his

golden-haired companion. If it wouldn’t have

gorgeous shifter and dragged him home.

However, with this being an art show, the artist

Rohan’s gums tingled with anticipation. He

fought back the urge to march across the room

and plunge his fangs into the delicious shifter’s

“The artist is yummy,” Vick purred. “I bet he

Irritation flickered through Rohan. He didn’t

want anyone else coveting the man who would be

“Yes, he is indeed,” Rohan agreed, struggling to

keep his temper. “I think the coven might need

Rohan and Vick continued to examine the artist,

neither of them moving from their spot despite

“I concur.” Rohan turned and headed toward

“Aren’t you going to talk to him?” Vick asked.

it won’t be with all these people around.” Rohan

left the gallery, knowing he’d be getting to know

the gorgeous bear shifter very well in the near

future. From the aura around him, Rohan had just

met his blood bonded. No way would he make his

the gallery tomorrow. They’d know how to get

hold of Harris. Soon to be Rohan’s Harris.

didn’t bury their dead, they freed their souls by

burning their bodies in a tradition as old as time.

at any angle. His fingers itched for a pencil to

sketch out the scene.

The heavy weight of silence coated the

proceedings as if surrounded by an invisible

shield. No one fidgeted or rustled. No birds sang

in the distance. Even the bugs held their chirps

and buzzes until Rohan finished his eulogy for the

vampires who had passed. Rohan’s sorrow

pierced Harris’ heart, as if he had personally

experienced their loss when, in fact, he’d barely

three vampires, compliments of the sorcerers.

Eaton had saved the rest of them by warning the

vampires of the problem but not soon enough to

save this trio. Unfortunately, the sorcerers had

gone underground where no one could find them,

so the vampires weren’t able to retaliate.

Harris didn’t have to be there. He didn’t belong

to the coven and wasn’t a vampire. However, he

he’d worked for the master vampire had forged an

odd friendship between the two men. A

relationship Harris planned to take to the next

hadn’t made any further moves despite the

longing looks and possessive behavior. After

Rohan had a chance to mourn his friends, Harris

would show the vampire he didn’t have to be

Rohan had come to Harris’ aid when Eaton had

been kidnapped, and although Rohan didn’t end

up having to do anything, having the vampire

leader there had given Harris the emotional

support he needed. Harris wanted to return the

When the vampire turned around, he

vampire relax when Rohan caught sight of him.

After whispering something to the people milling

to his right, Rohan walked over to join Harris.

Without ceremony, Rohan wrapped a proprietary

arm around Harris and scooted him to one side,

putting Rohan’s body between Harris and the

close to Harris. For some reason, ever since Harris

started working for him, Rohan had watched over

“You doing all right?” Harris whispered. He

fought against the urge to hug Rohan closer. The

coddling in front of his people. The way they

to Harris. Harris knew Rohan was absorbing some

of his calm. The vampire had said before that

Apparently, the closer the proximity, the better the

Ignoring everyone else, Harris scooted closer to

offer his presence if not his clumsy words of

sympathy. He’d always been more of a person of

since he hadn’t been able to prevent the poisoning.

Sorcerers and vampires were mortal enemies, but

from what Harris had heard, they’d been in a

semi-truce for years. Until sorcerers had poisoned

the humans the vampires used for food, they had

no idea the sorcerers were going to attack.

Rohan didn’t speak, but he slid a hand down

from Harris’ shoulder as he stepped away and

tangled their fingers together instead. “Thanks for

being here,” he murmured in Harris’ ear, a soft,

intimate sound. His breath brushed across the soft

hairs of Harris’ ear lobe. Harris fought back both a

shiver and the urge to turn his head for a kiss.

Before Harris could give in to any of his urges

and after a quick squeeze of Harris’ fingers, Rohan

released him and stepped away. Harris

immediately missed the vampire’s presence. His

inner animal yearned for contact with Rohan as if

Harris couldn’t be complete without being close.

would he learn not to say everything in his head?

With his friends, his tendency to blurt things out

was mildly embarrassing. With Rohan, it reached

a more humiliating level. He might as well strip

naked and throw himself at Rohan’s feet.

Rohan turned to give Harris his full attention.

He cupped Harris’ cheek with one elegant hand.

“I’d love to hear about what you might be willing

Rubbing his cheek against the vampire leader’s

palm, Harris lost track of his thoughts. There was

little he wasn’t willing to do to have Rohan touch

The Lisbon Crossing by Tom Gabbay
A Vampire's Saving Embrace by Kuncytes, Darlene
The Pickled Apocalypse of Pancake Island by Cameron Pierce
Magestorm: The Reckoning by Chris Fornwalt
A Desperate Wager by Em Taylor
Agents of the Internet Apocalypse by Wayne Gladstone
Three For The Chair by Stout, Rex
If He's Dangerous by Hannah Howell
Sophie's Run by Wells, Nicky
Mother of Pearl by Mary Morrissy
Our partner