Read To Say I Love You Online

To Say I Love You 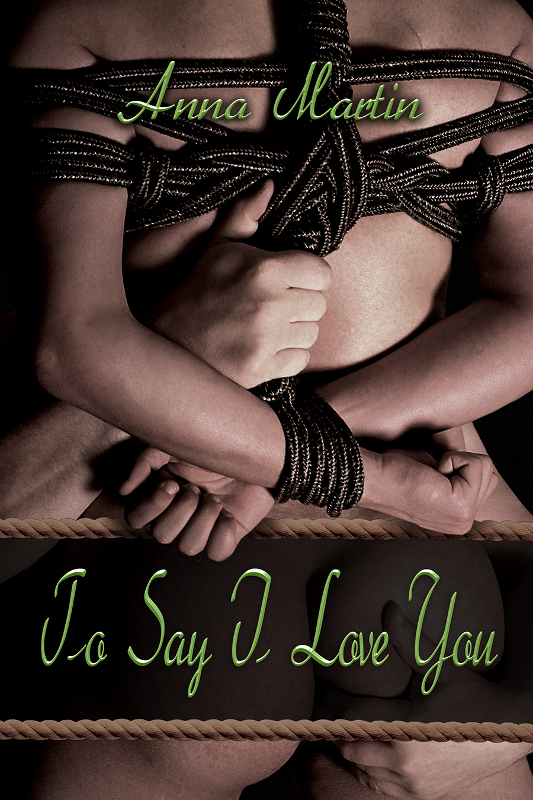 “Ms. Martin’s swan ride was so smooth…. That is what makes
Cricket
a four star read…. It’s comforting, warm and very welcome. I highly recommend this book.”

“What an utterly charming book! It was a book that kinda snuck up on me—half way through I was enjoying it okay, but at the end I thought “Dammit! that was good!” A truly lovely, heartwarming read…. and cricket! I love cricket!!”

—Live Your Life, Buy the Book

“I think this is one of the sweetest love stories I’ve read! Let me tell you it left me feeling all warm and fuzzy. I highly recommend this wonderful story, but warn you you’ll want to book a flight to the British Isles when you finish!”

“I absolutely loved this story. I can’t recommend it enough. And, if you’re lucky enough to live somewhere where it gets cold in the winter, curl up on the couch, light a fire, have a nice cup of tea, and read this beautiful love story.”

“If you want a quietly humorous book depicting a relationship between two interesting and unique individuals who take time to get to know each other, this is the book for you.”

By
A
NNA
M
ARTIN

To Say I Love You* 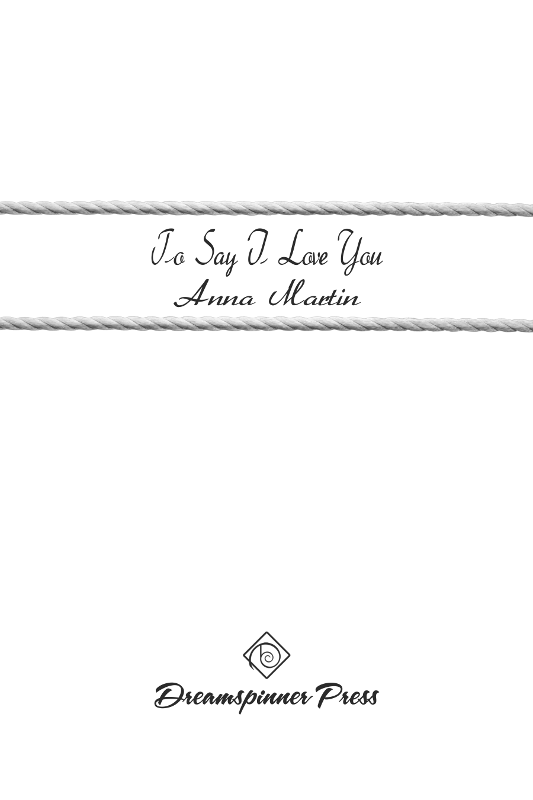 To Say I Love You

There was never supposed to be a third book.

I’ve been loving you too long to stop now.

I
ROLLED
over in bed and tucked my body around Will’s, curving against him like a question mark and tangling our feet together. It was perfect for all of three seconds, and then he threw me off and rolled away.

“Too hot,” he mumbled. Will searched for my hand on the bed and brought it to his lips, a kiss asking for forgiveness.

It really was hot, even I would admit to that. And I’d grown up here.

Some years, summer in Georgia meant the mercury hit a hundred before you even got out of bed in the morning. Others, it meant nonstop rain for months on end. This was a sweltering summer, one that I remembered from my childhood and had almost forgotten, or remembered in the hazy, abstract way that almost-lost memories linger.

I knew what Will was sacrificing to be here with me, so forgiveness came easily. Since it was nearly morning anyway, I leaned over and kissed his shoulder before getting out of bed and tugging on running shorts.

The only good time to run was before the sun was even up. My sneakers were beat from running on dusty roads, but there was no way I was going to invest in a new pair until I knew more about what was happening. Things were still so up in the air.

I crept through the house to make sure I didn’t wake my dad or sister, or Jennifer’s Labrador puppy she called Baby. I was more than happy to take Baby out for a run, and did so a few times a week, but she still barked a lot. She’d grow out of it sooner or later.

The air outside was cool compared to what I knew it would get like, and I took a deep lungful of it before starting my loop around the neighborhood. Running alone made me think. Will was doing everything he could to stop me thinking, bless him.

It still hit me like a sucker punch every time I let the thought into my head, one of the reasons why Will had become so good at distracting me. There were times, though, when I wanted to think. I wanted to remember.

Jennifer had called me not even a month ago, her voice broken and raw.

The longest pause of my life. Then: “
Everywhere.
”

She wasn’t exaggerating. Will and I threw clothes into a suitcase that evening, and he paid stupid prices to get us both on a flight from Seattle to Atlanta. While I panicked, he called around to let both our bosses know, then his mother, who was like a second mom to me. Jennifer had promised to tell me more when we arrived. All I knew was that Mama was in the hospital and it was bad.

It felt like it took me a while to string together all the pieces of information I’d been given and put them in a logical order. Mama had been outside weeding her garden when she collapsed. They’d taken her straight to the emergency room, and she’d been admitted. Then she wouldn’t wake up.

That evening, a doctor neither my dad nor Jennifer had ever met before came and said he was an oncologist who had been treating my mother for years.
Years.

That was when Jennifer had called me.

She only woke up a few times after that. I got to speak to her, not mentioning the C word or letting on that we knew. That was something the oncologist had insisted on. Mama hadn’t wanted us to know. She didn’t want us to worry about her.

The cancer had spread from her breast to her lymph nodes, then to her brain. From the first time she’d gone to see her doctor with the lump, it had taken two years for the cancer to kill her. She’d refused nearly all treatment.

I doubled back and started the uphill leg of the journey to the house, a little quicker than I had before. These days, I only got the occasional pain in my side where the old breaks in my ribs were. It was all well-healed now, although running for a long time sometimes made it twinge. The sun was properly up now, and I could feel the heat on my skin; I hadn’t put any sunscreen on before leaving the house and didn’t want to burn. Having lived in the Pacific Northwest for half my life, my skin wasn’t so used to the sun.

Will was sitting on the porch swing when I arrived, freshly showered and dressed in shorts and a T-shirt, cradling a mug of coffee to his chest. I braced my hands on my knees as I caught my breath.

“I would have come with you,” he said lightly. I shook my head.

“It’s fine,” I said around my still-shaky breathing. “Felt good to get out.”

“If you go have a shower, I’ll make some breakfast.”

I leaned in to kiss him, but he stopped me getting too close with his fingertips pressed to my lips and grinned.

I could hear my dad moving about in his room and bypassed the family bathroom for the smaller one attached to my old room. It used to be the hallway closet until my mom converted it.

Will and I had been staying at my parents’ house since we arrived in Georgia. For the first few weeks, it was a base while we took shifts at the hospital. My dad barely came home, so Will had taken over all housekeeping duties. He was still in charge of things like meals, making sure we were all eating, doing grocery shopping, and running to the bank and taking calls from people sending their condolences.

In short, he was a godsend.

I showered quickly and dressed, scrubbed my hand over my jaw, and decided not to shave, then jogged down the stairs barefoot. Will was in the kitchen, a pan of eggs already on the stove with a loaf of sliced bread ready to go in the toaster.

This time I did kiss him, on the side of his neck, lingering there for a moment to tell him “thank you.” His hair was still wet from his shower, and I carefully combed the knots out with my fingers, untangling the reddish-brown strands.

I wore a variety of different bands and bracelets around my wrists these days, some leather, others made of braided thread, often picked up during mini-trips Will and I had taken around the Northwest. We’d started going out to the coast on the weekends when the weather was good, and there were plenty of little towns in the area that sold homemade jewelry and the like.

The collar Will had given me as a symbol of our more kinky relationship was nestled among them, the same simple braided-thread bracelet that had been around my wrist for years now. I’d belonged to him for a very long time.

Being back in the South had changed me. It was like my skin had remembered the golden-brown color I turned with just a little encouragement, and the sun had lightened my hair too. I’d had it cut, much to Will’s distress, not liking the blond curls that had started to take over. It was short on the sides now, with just a little bit of curl on the top.

Will burned in the sun. He had inherited his mother’s pale skin, which meant he needed to slap on the sunscreen before he left the house and keep applying it if we were out for any length of time. I wasn’t sure his hair had gotten lighter; it was probably just the changing color of his skin. His usual milky, pale complexion made his dark, brownish-red hair look even darker. I was getting used to seeing him with a burned nose. It was adorable.