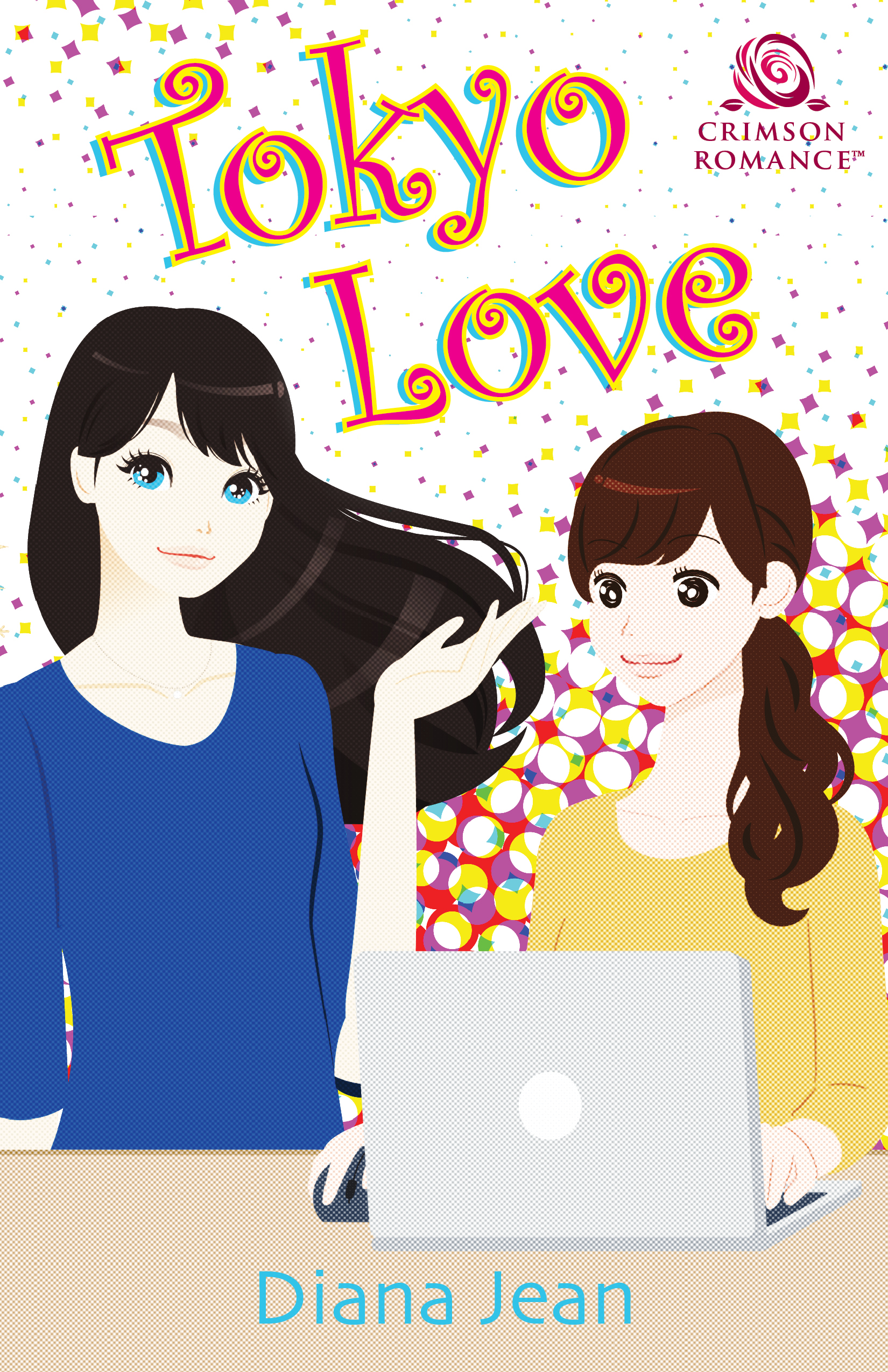 I wish I could dedicate this book to all of Japan. I wish I could dedicate this book to the young girl who led me around Mitake mountain, who knew very little English (and I even less Japanese). To the grave of HoninbÅ ShÅ«saku and the group of local boys who brought me there. To maguro, konbini rice balls, fried chicken bento, and mountain stream fish on sticks. To hanami, hanabi, and every local festival with good music, great food, and cold beer. To KA International School and the students who taught me what it meant to live on both sides of the world. To shinto cave shrines, Daibutsu, and cool summer forests. Hell, if I could I would dedicate this book to the Tokyo humidity, which could never be escaped or forgotten.

So Colleen, this one is for you. Thank you for lending me a piece of your life.

She was standing in the middle of a crowded train station, people swirling around her like leaves in river rapids. Kathleen was stuck in the undercurrent, being pulled straight to the bottom, trapped from moving forward, drowning.

She looked around the people; most avoided making eye contact with her. Holo ads floated above, their colors and noise battling the straining overhead announcements. There were official signs around too, scrolling in a bold red font. They probably could have helped her, if she could read them.

She should have taken that Japanese language course in college.

The station was huge. Just from where she left her wayward train, she could see at least ten other trains leaving. But which direction where they going? Where should she go? Where was she?

Kathleen hurt all over. She had been wearing her heels all day, having been on her feet at meetings. She had been trying to give optimistic presentations on the new developments with her project goals. Manager after manager had barraged her with the same questions.
When will it be done? What are the setbacks? Why are there setbacks? What is the cost? How will you optimize profit and time? Can we make your life more difficult? Please elaborate.

Kathleen used to be a simple programmer, sitting in a small cubicle in Champagne, Illinois. Her life had been simple.
Write this code. Check this code. Check it again. Send it out for beta. Rewrite code.
She hadn't appreciated the monotony then. Now she was a project leader. Now she had a team of programmers who answered to her and,
goddammit
, she was jealous of their tedious lives.

She was tired and wanted to take her shoes and skirt and bra off. She just might, here in the middle of the train station during busy rush hour. She should start bringing comfortable walking shoes with her to work. Or maybe sweatpants.

She looked around the station again. She needed to ask for help.

Three years ago, Japan Railway (JR) introduced a new type of station manager.
Have a question in the train station? No longer will you have to track down a busy employee. Instead, walk to the nearest HELP kiosk and press the friendly green button (red button for emergencies only). Located every five feet, HELP displays a friendly hologram station manager, ready to answer any question in over seventy-five languages.

That was how they were advertised, but Kathleen often found herself to be the lost foreigner in the train station and had learned to dread using the HELP kiosk. She stomped over to the nearest HELP consulâher feet were too heavy for graceâand slapped the green button. “English!” she spat, before the computer would ask her in each one of the over seventy-five languages.

A flicker, and then, in the small ring on the floor, a glowing blond woman stood, smiling pleasantly. “Thank you for using JR HELP. How can I help you?”

In terms of holograms, she was shoddy. Kathleen could see right through her and just about every pixel on her flawless pale skin. The hologram also wasn't looking directly at Kathleenâher gaze was fixed a little past her left shoulder. Really, it was quite simple to program an eye-tracking device to focus on an individual's face.

“Where am I?” Kathleen asked.

“This is OMIYA-STATION.” The holo's voice changed abruptly on the proper noun, like she had suddenly suffered a stroke.

The hologram stared at her with a blank, smiling expression. “Please repeat?”

Kathleen bit her lip. “How do I get to Matsudo?”

“Did you say SHIBUYA?” Before the woman a glowing train map appeared. “First, take the JR SHOUNEN-SHIJUKU line toâ”

“No!” Kathleen waved her hand. “Matsudo!”

“Did you say SHIBUYA? First, takeâ”

“Excuse me?” A soft voice came from behind Kathleen.

Kathleen whirled around, afraid she had attracted the attention of some official. It was a woman, probably in her late twenties, like Kathleen. She was wearing a soft, ruffled blouse and a stiff pencil skirt. Not the JR station manager uniform. Her sleek black hair was carefully parted and pulled into a side ponytail.

At once, Kathleen was both grateful that she hadn't upset the machine so much as to call over a real worker, and also deeply embarrassed that she had alarmed this poor commuter. “Ah, sorry! I meanâ” Dammit, what was the word? “
Shumisen
!” She gave a hurried bow.

The woman only looked concerned. “Don't worry about it.” She spoke with a flawless American accent and Kathleen could have cried. The only people she knew who spoke fluent English were people at the company. And half of them spent their days questioning her every decision. “You're trying to get to Matsudo station, right?”

The woman smiled, but in that sort of strained, please-don't-let-this-stranger-cry-on-me way. “I am heading there myself. I can show you the way.”

“Thank you! Thank you so much! I'm Kathleen Schmitt, by the way.” She reached into her bag, digging out a business card. One of these days she really needed to grab some of those cute cases that most businessmen and women carried in this country. She handed it over, bowing again. She might suck balls at the language, but she had learned the whole bowing thing within a week. Mostly because every person seemed to bow at her and it was getting awkward just standing there taking it.

The woman smiled, handing over her own business card with a little more grace. Hers came in a lovely
sakura
case with an actual GIF of petals falling from the cover. “Yuriko Vellucci.” A foreign last name; maybe she was married to a foreigner? That was probably why she spoke English so well.

Kathleen looked down at the business card.

Yuriko worked for the same company as Kathleen. “I didn't know you worked for Mashida!”

Yuriko frowned at her. “We are completely different divisions.” She held up Kathleen's business card like Kathleen needed the reminder.

Kathleen felt a little peeved. Maybe it had been a dumb thing to sayâMashida was a global company and had tens of thousands of employeesâbut Kathleen had never seen anyone outside of work. And that was pretty impressive, considering she lived in company housing.

Yuriko didn't seem to care about Kathleen's excitement. Instead, she looked up to the floating train times, red letters traveling across the platform in floating ribbons. “Come on, we'll miss the next train.” She quickly turned around, weaving back into the rush hour crowd.

Kathleen could only concentrate on keeping track of Yuriko's sleek black hair in a sea of â¦ well, sleek black hair. Hair coloring was popular in America, even with difficult pigments. However, Japan still had the everyone-must-look-the-same-or-else-the-world-will-end mentality. Not that Kathleen didn't see a few redheads or purple-heads floating around. It seemed that people in Japan just generally didn't like the idea of standing out from the crowd.

“Come on! The doors are closing!” Yuriko shouted over her shoulder, stepping into a jog to the ringing music on the platform. She leapt into the crowded train, forcibly pushing several people aside.

Kathleen dove after her, squeezing and panting.

“
Sumimasen
,” Yuriko murmured, working her way to the far door where a little space could still be found. Kathleen realized then just how much she had botched up the word earlier. It was a dumb word anyway. What was the point of saying, “So sorry, excuse me while I shove you against total strangers.”?