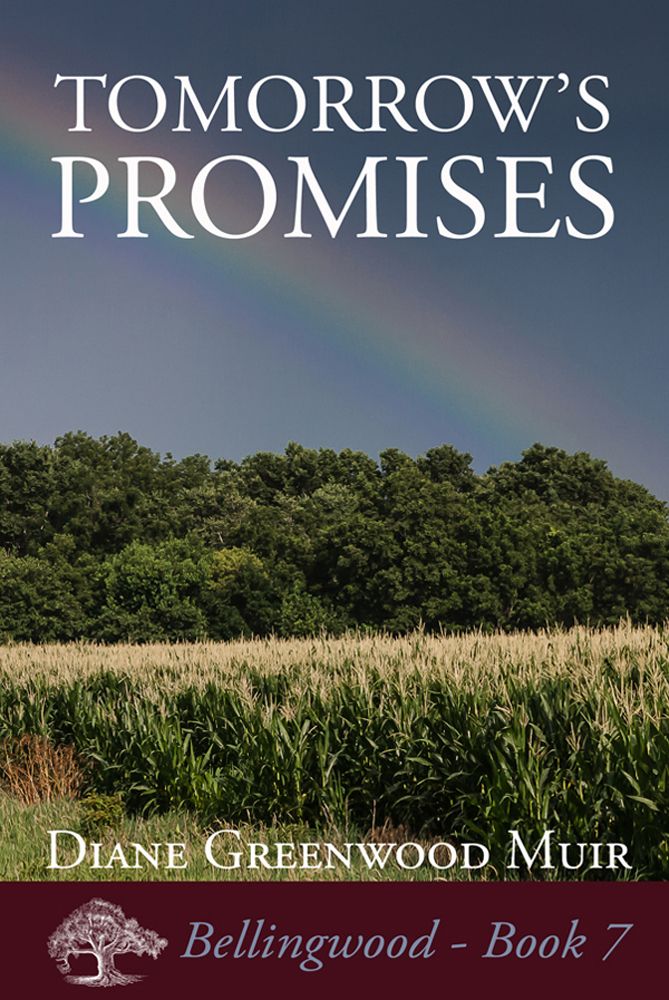 This is a work of fiction. Names, characters, places, brands, media, and incidents are either the product of the author's imagination or are used fictitiously. The author acknowledges the trademarked status and trademark owners of various products referenced in this work of fiction, which have been used without permission.
The publication / use of these trademarks is not authorized, associated with, or sponsored by the trademark owners.

Polly stood in the middle of the living room doing her best to hold back tears. Goodness, she cried at everything, all the time. How had things gotten so out of control? More importantly - how was she going to
pull it back together in time? The worst thing ... it was her own stinking fault.

Her best friends from Boston - Sal, Drea, and Bunny - would arrive in less than three hours and Polly had to clean, get beds ready, and then pack for her own trip. There wasn't enough time between now and eternity to pull that off. They had each laughed when she told them they didn't need to come to Iowa for this party. Polly was the last one anyone expected to be married and they were going to celebrate.

Bunny Farnam had pouted, too. The poor girl desperately wanted a family, but couldn't find the perfect husband. That was Bunny-speak for a man who would pay for all of her dreams and never complain. Sal Kahane was trying the long-distance thing with Polly's veterinarian, Mark Ogden, and Drea Renaldi had been dating the same man for as long as Polly had known her. They were perfectly happy, living two separate lives.

Sal and Bunny had been a little miffed with Polly when they discovered she'd gotten married on the sly. Both had hoped to be bridesmaids
if it ever happened, but as soon as the party was announced, they'd set aside their disappointment and promised to come to Iowa and have fun.

Polly flopped down on one of the sofas in the middle of the room. Spreading out across the top floor of Sycamore House had seemed like a great idea at the time. She grinned to herself. In truth, it just created more space for her to make a mess. She tried to keep things neat, but it wasn't in her nature. She always seemed to be picking up at the last minute. Henry was usually pretty great about helping, but he'd been so busy lately, she was just glad when he showed up for dinner.

The last couple of months had flown by. The first wing of the hotel out on the highway was finished and was ready for occupancy. The caretaker's house was close to being complete and before they got too much further, she and Henry needed to find someone to manage the place.

Every person Polly had hired at Sycamore House had dropped into her lap. She
kept hoping someone wonderful would show up again. After this stupid trip was over, she and Jeff Lyndsay might have to actually work at finding the right manager.

Stupid trip. No, that wasn't fair. It was her honeymoon and she was excited. Yeah. That was it. Excited. When Henry had first talked about going away, she was. They'd spent hours deciding which route to take and where to go and stay. The hotels for the beginning of the trip were all booked and they knew what sites they wanted to see along the way. Now that it was nearly here, Polly was having a hard time getting past her anxiety. She knew that once they got out of town … oh, about fifteen miles … she'd relax and start having fun. If she could just make it to that point.

Polly bent over to pick up an empty cardboard box and dropped it beside the pile in front of the sofa. She was never going to be ready. And it was her own fault.

She and Henry tried to tell people they preferred not to receive gifts, but they showed up anyway. He explained to her very gently that people were generous and she needed to
accept it. They'd set up a fund at the bank for Sarah Heater's hospital bills, asking friends to contribute in lieu of gifts. The fund was filling up nicely, but gifts still arrived every day.

Lydia
also insisted on a gift table at the party. She and Henry needed nothing, but Lydia, Beryl, and Andy had taken her to Des Moines to register for the special things that newly married couples should have. If they hadn't been with her, she might never have chosen a china pattern, much less crystal and silver. Polly refused to register at Victoria's Secret, even though Beryl made lewd remarks every time they passed the store. The wicked glint that never left that woman's eyes was a little unnerving.

Yep, she was pretty sure this was going to kill her.
Polly reached over, and taking the box cutter in hand, ripped through the boxes in front of the couch and stacked them into the largest box. First thing finished. Now, no more whining and complaining. It was time to get over herself and get busy.

A beautiful crystal vase and a wooden clock sat on the table in front of her. The bookcases lining the front wall had just been installed two days ago. They were still empty, so now was as good a time as any to start.

Polly looked at the floor behind one of the chairs and wrinkled her forehead. Why was a pair of Henry's jeans out here in the living room? She didn't remember him taking them off and dropping them. The poor man had been falling asleep after supper. He'd been pushing pretty hard to get things wrapped up before he left town.

Rats. This just wasn't the right time to be taking this trip. Polly tried to talk him out of it as recently as last night, but Henry insisted that they needed to get away from everything. She didn't have the heart to argue with him, he really did need a vacation.

A knock at her front door broke Polly's reverie and she set the vase and clock on a shelf before opening the front door.

"What are you doing here?" she asked Lydia, Beryl, and Andy.

"We figured you might need help," Lydia said. "You can tell us to go away, but we're here to do whatever you need."

Polly felt herself relax. "How did you know?"

"And it's not that 'happy to be exhausted because my wife is wearing me out' kind of exhaustion, either," Beryl grinned. "Now are you going to let us in or do we have to get on our knees and beg to clean your house?"

Polly backed away from the door. "I have no idea how you do this," she said. "I've never known anyone who takes as much time to make sure that I'm okay as you do."

"If your mother or your Mary were alive, they'd be here, wouldn't they?" Lydia asked.

"Yes, but you have your own kids to take care of. And grandkids," Polly protested.

"And you're our friend," Andy said. "You have a big weekend coming up and you shouldn't be stressed. We couldn't help with the wedding. The least you can do is let us help you
with this."

"I'll start in the kitchen and dining room," Lydia said. "Is that okay?"

Polly swept her arm toward the door leading to her old apartment. "Have at it. I think I cleaned most everything last night, but one more run-through wouldn't hurt."

"Let me deal with these boxes," Andy said. "What if we take your china and silver into the office? You two won't be using that for a while, will you?"

They had turned Polly's old bedroom into an office for Henry. Polly's closet had been emptied into their bedroom, so there was a little space available there.

"Thank you," Polly said. "That will help. I just need to clear the clutter out of the main room."

"Have you made the beds in the guest rooms?" Beryl asked. "I can do that." She scowled down at the two cats who had flopped beside her feet. "You two can't help, though." She nudged Luke's bottom with her toe. He didn't react. "Every time I make my bed, Miss Kitty thinks it's the greatest game in the world. I usually end up sprawled across the bed in a wrestling match with her."

"Me too," Polly said. "I try to shut them out of the bedroom, but they sit outside the door and whine. Sheets are already sitting on the beds."

Each woman left for a different part of her home. They never ceased to amaze her. Even after a year and a half, she still couldn't figure out how she'd gotten so lucky.

She bent over to pick up Henry's jeans and there was another knock on her door.

Rachel was standing there. "I'm sorry to bother you, Polly. I know you're busy this morning, but there's a man downstairs who says he needs to talk to you. Jeff isn't here and I didn't want to send a stranger up to your apartment."

Jeff Lyndsay was probably at the hotel. If she looked at her calendar, Polly was certain he had it on the schedule.

"Is this person in the office with Sarah?"

"Yeah. I put him in the conference room. Was that okay?"

"That's perfect. Thank you." Polly looked at the jeans in her hand. "Does he look like a salesman?" There wasn't much she hated more than being interrupted by someone trying to sell her something. Jeff was much more tolerant, but he knew how to get rid of them more efficiently than she did.

"I don't know," Rachel said. "He didn't give me a business card or anything."

"Maybe he's not a salesman. I don't know. He's not dressed up and he asked for you specifically, not the manager or owner."

Rachel left and Polly went into the kitchen. "Lydia?"

The woman was bent over, trying to rearrange pots and pans in a lower cabinet and jumped when Polly said her name.

"There's someone downstairs who needs to talk to me, but I feel guilty about leaving you three here to clean my house."

"Don't worry it, dear. You take care of whatever you need to and we'll keep working. It's really not that bad. You could have done it yourself in a couple of hours."

"You and I both know better than that," Polly said, laughing. "I'll be back."

She trotted across the living room to her bedroom and tossed Henry's jeans into the laundry basket. If this was a smarmy salesman taking her away from her day, she was going to be furious.

Polly went into the bathroom and checked herself in the mirror to make sure she looked relatively professional. Nope, not at all. Jeans and a t-shirt, her hair was pulled back into a pony tail and she hadn't bothered with makeup this morning. Oh well. If you walk in without an appointment, you can't expect perfection
.