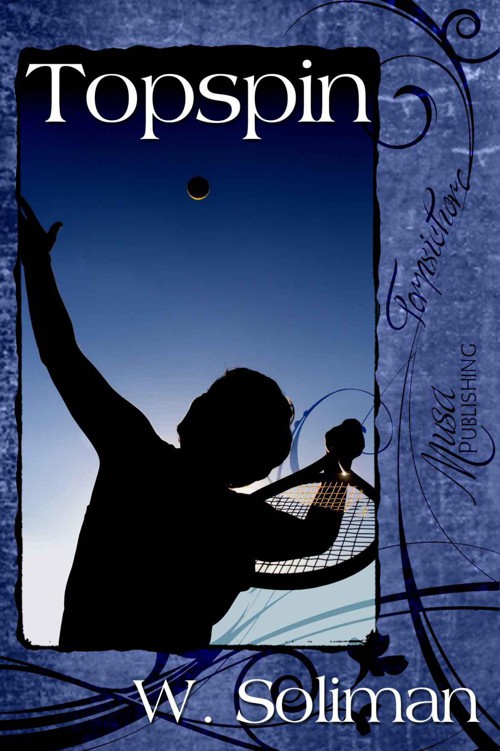 This e-Book contains adult language and scenes. This story is meant only for adults as defined by the laws of the country where you made your purchase. Store your e-Books carefully where they cannot be accessed by younger readers.

For Wigmore Tennis Club, Streatham, South London
with fond memories of way back when.

T
HE
W
INDOW
E
XPLODED
S
O
S
LOWLY
that Jack had time to react. Floundering with no real sense of purpose, he tried to catch the shards of glass before they hit the ground. A guilty conscience rendered his movements clumsy as he shouted a warning that no one heard.

Six years on, and Jack still bitterly regretted waiting in the car and letting it happen. But how was he supposed to know that Kevin would take matters into his own hands? True, the signs had been there if he’d bothered to look. His underling had been flexing his muscles, displaying the arrogant face of invincibility that went hand in hand with youth, muttering about outdated methods and spoiling for a showdown. Jack had seen countless tearaways like Kevin come and go. None of them had the balls to do anything other than whine, so he hadn’t given his attitude a second thought.

Which only served to fuel his feelings of self-recrimination. He hadn’t been as sharp since that business with Tania, which was why he’d left Kevin and Wilf to resolve matters with Patel. He stared morosely at the side street off the Mile End Road where they were parked.

The area was drab, dirty, and unwelcoming in spite of the sunshine’s half-hearted attempts to penetrate the thick pall of pollution that hovered above the city. He watched pedestrians hurrying about their business, a multitude of nationalities communicating in a dozen different languages, none of them English. Drug dealers, whores and their pimps, con artists, girls barely into their teens pushing prams, their faces too worldly-wise for their tender years.

The heart had gone out of the place, but no one seemed to notice or give a toss. There was a time when everyone knew everyone else and looked out for their own. Now it was every man for himself. He watched a drug dealer openly doing business on the corner before looking away in disgust.

“What the hell’s keeping them?” he asked Charlie, his driver.

“Looks like they’ve met with a bit of bother.” Charlie nodded toward the corner shop.

Kevin was visible through the grimy window, remonstrating with the old man, pushing him about a bit and enjoying himself. “Surely the old geezer ain’t stupid enough to be pleading poverty again? You’d think he’d know better by now.”

“Yeah well, nothing about people’s stupidity surprises me anymore.”

Charlie had a point. Everyone on the manor knew you didn’t mess with Jack Regent. Making an honest living round these parts was no picnic but without the kudos of Jack’s professional protection, staying in business long enough to make any sort of living at all just wasn’t going to happen. Patel knew that, so why bother trying to reason with a psychotic thug like Kevin?

Jack sighed. He was tired of all this strong-arm stuff and had been thinking recently about chucking it all in. His heart was no longer in it and he didn’t see the point anymore. He had plenty of money stashed away and no one to think about now except himself. It was tempting, really tempting, to just walk away.

What would he do with himself, though? A year or two ago he wouldn’t have needed to ask that question. He and Tania had always planned to settle in Spain, put all this behind them, start a family, and live like normal people.

He scowled, the bitter taste of betrayal rising up like bile in his throat, annoyed that such thoughts had somehow slipped past his guard. He shifted into a more comfortable position and drummed his fingers on the dashboard. Whatever he eventually decided to do with himself, Spain was now a non-starter. Without Tania to share it with, the dream lost its appeal.

Preoccupied, he didn’t realize Kevin and Wilf were back until they wrenched the car doors open.

Charlie responded like the professional he was, gunning the engine and burning rubber as he floored the accelerator and screeched away from the curb.

Jack’s words were drowned out by the sound of a loud explosion.
The explosion.
Stupefied, he looked over his shoulder as the front window of Patel’s shop detonated in a spectacular ball of flame. The cold outside air fed the inferno, spewing shattered glass and detritus from the window display clear across the street. Car alarms screamed into life, lights blinked on in nearby windows, and heads poked cautiously out to see what the disturbance was. A shower of sparks landed on people unfortunate enough to be passing by at that moment, setting a girl’s hair alight. Everyone ignored her screams, barging into one another, pushing and shoving in their haste to get clear, all but trampling her underfoot.

Women and children first? Not a chance!

“Christ!” Jack said. “The whole bloody street’s gonna go up. What the fuck have you done?”

Jack forced his eyes open and immediately regretted it, wincing as a vicious pain attacked the top of his skull. The clammy sheet twisted round his naked body felt like a straitjacket. Harsh sunlight joined in the attack by squeezing between a gap in the curtains and burning savagely into his eyelids. He was drenched in sweat, his throat parched, his swollen tongue coated in fur and glued to the roof of his mouth. Matters didn’t improve when his stomach lurched, protesting at the damage he’d obviously inflicted upon it the night before.

A hand tugged at his arm and Jack, still in the grip of his nightmare, shook it off with considerable force. A feminine squeal of protest slowly restored his senses, along with awareness. He was in his own bed in his penthouse apartment on Cowes seafront, not sitting in a car off the Mile End Road, freezing his nuts off on a drab November afternoon.

Gradually his heartbeat returned to normal. The hand pulling at his arm tried again, more insistently this time. He sat up and cast bleary eyes to the space on his left—a space which ought to have been empty. Instead it was occupied by a naked woman. She hadn’t removed her make-up properly and with the dark smudges trailing down her pale face she resembled an oversized panda. Her hair was long and just a little too blonde. Dark roots emerged at her hairline and a quick assessment of the evidence lower down confirmed that his nameless companion was a natural brunette. She had the lithe body of a dancer, legs that went on forever and, when he finally got round to examining it, an averagely pretty face.

But who the hell was she, and how had she ended up in his bed?

“Jack, darling, you were talking in your sleep and thrashing about. Are you all right? You frightened me.”

“Just a dream. Sorry if I woke you.” He sat up and rubbed his face in both of his hands. Christ, he felt like shit! The dream, when it came, left him with a headache at the best of times. Add to that the skin-full he’d obviously had the night before and he wouldn’t be much use to anyone today. “Get me a glass of water, will you, love?”

“Okay, don’t worry about it. I need to use the can anyway.”

Jack wandered naked toward the bathroom, downed two glasses of water in quick succession and felt marginally better. Through the open door to the lounge he noticed the girl’s bag on the coffee table and took a quick peek inside.

He was right. She was a dancer, and her name was Irena Boscover. Slowly, last night’s activities came back to him. He and some of the blokes had gone out on the town last night. They’d finished up, pissed and raring for action, at a club on the outskirts of Ryde where second-rate East European girls, almost certainly illegals, danced for the edification of their discerning clientele. This one had displayed a little more talent than the others. Egged on by his mates’ salacious comments, he’d called her over and tucked a fifty quid note in her g-string, whereupon she’d taken up residence on his knee and refused to budge.

He wandered back into the bedroom and flashed a quick smile, feeling more in control.

“Ah, so you
do
remember who I am then. I was starting to wonder.”