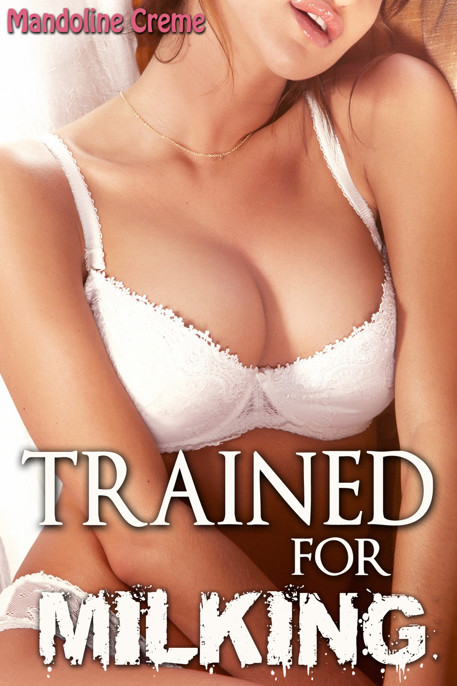 This is a work of
fiction. Names, places, characters, or events are either the product
of the author’s imagination or used in a fictitious manner. Any
resemblance to persons, alive or dead, is completely coincidental.

When I walked into
the gym that day, it would be fair to say I was a little nervous.

My brain was
rolling, full of the constant reminder that I needed to do this. That
I had no choice.

Well,
I
thought bitterly,
I guess I could just give up the gig.

My
stomach felt cold, and my palms couldn't seem to get dry, no matter
how much I rubbed them on my thighs. No, giving up was never an
option.

The
facility was brightly lit, but quiet, which struck me as sort of
nice. I was used to loud gyms, full of muscle bound men slamming
weights, and girls chattering endlessly between college classes. I
had picked this place only because the ad had claimed the trainer
here would get me results. But, I had to admit, it was a relief to
find the place wasn't crammed with people.

I
stood beside the small reception desk, feeling more anxious as I
waited. There was no one sitting there, and I didn't know what,
exactly, I should do. Rocking on my heels, checking my phone for the
tenth time, I was halfway through exiting the doors and trying again
later, when someone spoke up.

Blinking,
I glanced up and spotted what was, no doubt, one of the most fit,
handsome men I had ever seen in person. He wore only a tank top and
long shorts, so his perfectly carved shoulders and bronzed skin were
available for me to ogle. If I had been nervous before, now I was
flustered.

He
stood there, smiling with brilliant cheer, eyes sharp and alive.
Dammit, Freya, say something!
I
swallowed, licking my lips to wet them. “Um, yeah! Yeah, I'm
Freya.” I paused, staring at him stupidly. “You... must
be Drake, then?”

When
he laughed, my heart thrilled.
God, this guy is seriously
hot. Are all personal trainers so sexy?
I
was smiling helplessly, my nervousness melting away. He extended a
hand, and I grabbed it, feeling him squeeze deliciously.

“
You
nailed it. Yeah, I'm Drake Cardine, the main trainer here. I hope you
weren't waiting long, I was busy finishing another session.”
His lips coiled, a look of polite chagrin. How could I have been mad
at him?

Pulling
back my hand, I adjusted my bag self consciously and shrugged. “It's
not a problem. You uh, you're the
main
trainer here? Does that mean you won't be able to work with me
directly all the time? Am I going to have to be fighting over you
with other clients?”
I have a goal to reach, and
fast, I can't be waiting around while he's with other people.

Drake shook his
head, and I was distracted by how it made the cords in his neck flex.
“Don't worry. I read over your information. We'll get you in
perfect shape for your fitness model gig.” His eyes twinkled.
“You'll have me all to yourself, I'll be on you the entire
time.”

I couldn't, in my
honest opinion, have blushed a brighter shade of red at the image
that conjured up in my head.

He laughed once
more, then guided me further in to show me the gym.

The place was
called, simply, 'The Fitness Box.' It didn't seem particularly
special, to me, but what did I know? There were treadmills, free
weights, and a side room for yoga and such. I looked at it all, and
found my confidence starting to slump.

What could
possibly make this place so different that it can get me in shape for
that gig I want?

I shot a covert look
to the man who was, apparently, capable of getting me my wish.
He's
in amazing shape, if that's some indication of what I might expect,
then...

“
Yes?” I
adjusted my bag again, having trouble meeting those stark blue eyes.
We had stopped by the dressing rooms, clearly at the end of our tour.

“
How long do
you have before your gig?”

Not long enough.
“Three weeks, is that
enough time?”

Drake
rubbed at his angular cheek, and I watched how his fingers moved.
“Hmn. It'll be tight. But, I have an intense regimen that, if
you follow perfectly,” he shot a serious look down at me,
“should transform you by then.” With that, he melted his
hard gaze into a friendly smile, and slapped me on the shoulder.
“What do you say? Ready to do this?”

What other option
is there? I need that job.
My
own smile was weak, but I nodded.

“
Alright,
I'll give it everything I've got. I'm ready to change my body.”

If
only I'd known, back then, how much change was really in store.

I
wore some sweat pants, and a tank top, and both were quickly soaked
with my sweat. Drake had me jumping onto boxes, squatting with a
weight in my hands, and finally running on a tread mill.

Every
time I did anything, he was there, close to my ear, telling me to
work harder, push harder, to keep going. His scent, his energy, it
was intoxicating. It was also a little distracting, but with how
tired I was, I soon ignored how he made my heart pound, since the
exercises were doing so even harder.

I
didn't know how long we had been at it, but Drake finally guided me
over to a chair beside a small drink bar. Wiping my face with a
towel, I watched curiously as he blended up something in a machine,
handing me a large cup moments later.

“
Drink
up,” he instructed, and I sniffed the liquid uneasily.

“
Do
I have to? I'm trying to
lose
weight, what's in this stuff?” It looked thick, and smelled
like vanilla.

Drake
seemed less than impressed by my hesitancy, and he came and sat
beside me at the table. “Freya, do you trust me?”

“
Do
you think you know more than me about getting results?”

“
Then,”
he smiled, a soft gesture in contrast to his brisk words, “listen
to me, and drink that shake. You
need
what's in there, you're going to drink one of these after every work
out. All of it, every sip, and quickly.”

I
wondered what he would have done if I didn't. If I, on a lark, had
walked away and challenged his authority. For a long moment, we
stared each other down.

In
the end, I drank the shake.

“
Good
girl,” he beamed, and his compliment made me blush. The shake
was tasty, surprisingly. Like sweet cream and hazelnuts. I drained it
all down, my stomach aching from the abrupt fullness. But, after
exerting myself, I had to admit I felt very relaxed. So relaxed, I
could have taken a nap right there.

“
I
knew you'd like it. So,” he stood up and dusted off his palms.
“See you tomorrow, bright and early.”

There
was no time to argue, Drake saluted me and walked off, leaving me to
ponder if this whole situation might, eventually, get me what I was
aiming for.

That
night, my dreams were strange.

I
couldn't have explained them, but I was rolling around in thick
liquid, warm and sultry. It coated my body, made my skin slick.
Everything felt amazing, every inch of my body tingled, and without a
thought I rubbed my hands across the hard nipples on my chest.

Between
my thighs, I was already dripping. It was no surprise when I woke up,
fingers buried in my panties and my sheets soaked in sweat.

I
didn't recall ever having a wet dream before. I had to admit, it was
sort of nice, waking up and just feeling incredibly sexy and aroused.

Without
pause, I rolled my fingers over my already swollen clit, bringing
myself to an incredibly fast orgasm. My muscles tensed, my hand
slippery with my juices.

Like
in the dream, my nipples felt tender and delicious, harder than ever
before. Twisting them lightly, I arched into another burst of
pleasure, wondering if I could actually get myself off again. I
didn't have a chance to experiment, my phone suddenly buzzed, pulling
me reluctantly from my bliss.

One
glance at the time, and I knew who was calling; Drake. I was late for
my work out.

Flushed,
I didn't answer the call, I just hurried out of bed and threw on some
yoga pants that seemed a bit tighter than I remembered. My sports bra
was confining, as well, rubbing my aching breasts and making me
wince. I didn't have time to pick another outfit, though, I didn't
want to upset my new trainer more than he probably already was.

In
a skin tight top that showed a little too much cleavage, and pants
that highlighted the curves of my ass and hips, I ran from my
apartment and hurried down the street to the gym.

As
I expected, Drake was not pleased.

He
took one look at me, breathless and with my hair a mess, and pointed
at the tread mill. “Twenty minutes, go.”

I
hung my head, and didn't waste a second.

On
the machine, I was panting, but there was another problem that
presented itself. The friction of my sports bra was distracting,
rubbing over my sensitive, hard nipples and making them into little
protruding bumps. I caught a look at myself in the mirrors across the
room, the way my breasts were bouncing with every step, and I blushed
furiously.

Why am I so
turned on today?
I was thankful
the gym was quiet, there were only one or two other people doing
their own thing, so I was spared some humiliation there. As if the
fates were against me, that was when Drake came by, arms folded and
his muscles flexing.

His
eyes were hot, almost angry as they stared at me. It made me more
aware of my body, of how my pants were digging into my ass with every
step, my thighs scissoring together. I realized, as my breathing
increased and I started to sweat, that I hadn't changed my panties or
cleaned up after my morning orgasm.

Between
my legs, my pussy was still soaked, and every motion seemed to be
making it worse. My clit, swollen and tingling, was getting rubbed by
the slick material as I ran. It was beyond distracting, it was almost
obscene. I could see in my reflection the wet patch growing, the
material starting to dig into my slit and almost highlight my pussy
for anyone watching.