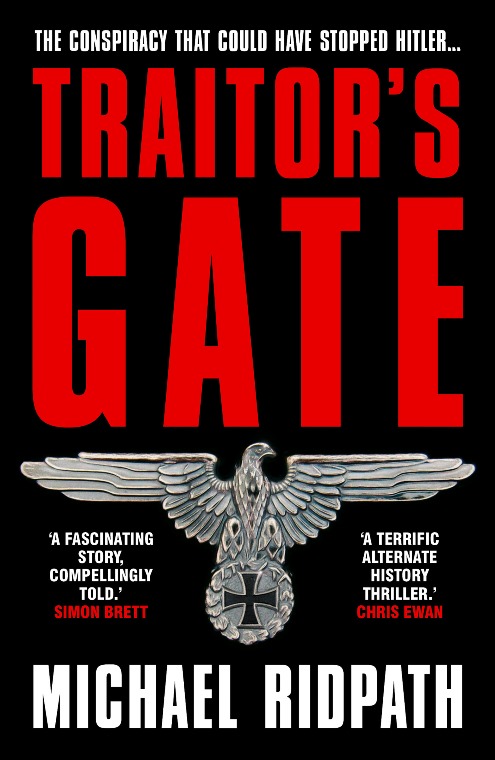 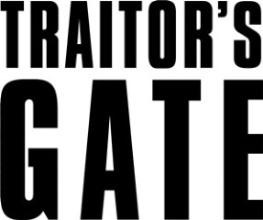 By the time you receive this letter he will be dead. The news­papers will say that his assassin was an unknown German officer. It wasn’t. It was me.

It is quite likely that I will also be dead. So I want to explain to you why I killed him.

When I was a boy you taught me that war is wrong. I listened to you then, but it was only when I had lived through eight months of hell in Spain that I knew what you meant. War is coming, and we have both seen how horrific modern war can be. Millions will die: this time it won’t be just the young men; it will be the children, the women, the old, the innocent. I am an historian, trained to analyse economic and social causes for everything, but if ever in history there has lived an individual who through the force of his own will can destroy a continent, it is he. He is evil and he must be stopped: I am fortunate to be able to stop him.

I remember once we were on Yarmer Hill, overlooking Chilton Coombe, I was perhaps fourteen. You told me that my life would be a success if I left the world a better place than I found it. Well, I’ve tried to make a small difference over the last few years in Oxford, in Spain and now in Germany, and most of the time you and I have disagreed over my methods. But I hope, I pray, that in this last act I will have succeeded.

For all kinds of political reasons it is best that my identity be kept secret; I can trust you to do that. But I need you of all people to know what I have done.

Please give my love to Mamma and to Millie. I am sure they will understand. And to Charlotte and Reggie, of course.

Thyme. Whenever Conrad smelled thyme, he thought of Spain. Not the Spain of matador and bull, of flamenco and guitar, of Goya and Velázquez, of castle and cathedral, but the Spain of death in the name of brotherly love.

In particular he thought of the sunrise at the beginning of his last week as a soldier, his nose brushing through the thyme as he crawled towards the crest of the ridge ahead of him. To his left, the metallic blue fingers of the dawn caressed the black humps that rolled towards Madrid thirty miles to the east. Behind him, in the distance to the north, loomed the heights of the Guadarrama Mountains, just distinguishable against the night. What lay ahead, over the crest of the next hill, Conrad had no idea. That was what he and his two comrades of the International Brigade had been ordered to discover.

Conrad had volunteered for the patrol. Dawn was his favour­ite time; the air was cool; tiny droplets of moisture hung on the leaves of the thyme and rosemary bushes; the hills were quiet, guile and cunning could keep you safe. The three of them, himself, David Griffiths, an old friend from Oxford, and Harry Reilly, a stocky stevedore from Liverpool, made a good team. Conrad was the best shot in the British Battalion, Harry was not much worse and David’s eyesight and hear­ing were exceptional. They all looked after each other. Conrad preferred operating against the enemy, the Fascists whom he had travelled a thousand miles to fight eight months previously, than worrying about the commissars, the secret police and the dogmatic generals on his own side.

They reached the crest of the hill. Below them lay a small valley, at the bottom of which ran a narrow ravine. A few yards beyond that stood an old stone chapel, and a cluster of ram­shackle buildings, wreathed in a thin layer of mist hovering a few feet above the ground.

‘There are people moving about down there,’ David answered. He was holding one of the battalion’s few pairs of binoculars to his eyes. The son of a Methodist preacher in the Rhondda valley, he was a wiry man, strong for his size, with a nut-brown face and a restless energy. At Oxford the energy had been chan­nelled towards the cause of international socialism; here it was concentrated on killing fascists.

‘If we wait ten minutes, we’ll be able to see much better,’ said David.

It was true. The blue fingers to their left had turned to red, and the darkness of the valley was lightening to a bluish grey. The mist was lifting.

Then, to their amazement, a single bell tolled from the chapel.

‘Those are nuns,’ said David.

Sure enough, figures emerged from the buildings and made their way towards the chapel.

The Republican forces had advanced swiftly over the previ­ous two days against lacklustre opposition, and these nuns, safe behind Nationalist lines for months, had been caught out.

Before David could answer, they heard the crack of a rifle, then another and another. Pieces of stone flew off the cross on the chapel roof. The nuns screamed and ran into what they presumed was the sanctuary of the chapel.

Conrad and his two comrades leaped to their feet and hurried down the hill, but the chapel was a quarter of a mile away across the small but steep ravine. A group of about a dozen soldiers appeared, all carrying rifles. They wore the ragged medley of dusty clothing that was the uniform of the Popular Army. They began to cheer and run towards the convent. Conrad could make out the words: ‘
Putas de Dios!
’ – ‘Whores of God!’ The hatred of many of the Spanish Republican soldiers towards the Church and the priests and nuns who served it was legendary. For them, the institution was inextricably connected to the Nationalists and to the landlords who had taxed the peasantry for generations. The hatred the foreigners could understand; the way it was expressed they could not.

As Conrad reached the edge of the ravine, he paused. ‘Wait!’ he called to Harry and David, who were already scrambl­ing down. ‘Let’s stay at the top. It’ll take too long to get up the other side.’

The soldiers were already dragging the women out of the chapel. One of the nuns was pulled down on to the ground by three of the men. A fourth was unfastening his trousers.

‘
Oye! Basta!
’ Conrad shouted. He stood up and waved. The soldiers paused for a moment. Two of them waved back and then the man standing over the nun dropped his trousers.

‘Fire over their heads,’ said Conrad. He aimed his own rifle at the wall of the stone chapel a few feet above the group of soldiers and nuns and pressed the trigger. Three sharp cracks rent the air as the three rifles discharged, and the man with his trousers around his ankles crumpled.

Shocked, Conrad glanced at David, whose face was grim and determined. ‘The bastard deserved it.’

The nuns screamed and the soldiers reached for their own rifles. Conrad took aim and fired, as did Harry and David. Three more of the soldiers fell, and then the rest ran. David nicked one on the shoulder as he ducked through the scrub.

There was trouble the next day. The Russian commissar from the Popular Army brigade the soldiers had belonged to paid a visit to his counterpart in the British Battalion. He was a short balding man with a tiny paunch and the hint of a double chin, which set him apart from the scrawny soldiers around him. The commissar of the British Battalion, who was British himself, told the Russian to piss off. But the visitor had brought with him a soldier nursing a shoulder wound. As they were leaving the British Battalion HQ, this soldier caught sight of Conrad and nudged his commissar.

The Republican offensive pressed on towards the village of Brunete, but the Fascists quickly put together a stiff resistance. Two days later Conrad found himself a few miles further on, his body pressed flat in a shallow indentation he and Harry had scraped into the hard-baked soil. Ahead was a low bump, which had just earned the nickname Mosquito Hill because of the bullets whining all around it. The previous day the British Battalion and the American Washington Battalion had thrown themselves in useless waves at the hill, ably defended by the Nationalists. The bodies lay in front of Conrad, scattered about the brown earth, already putrefying in the sun. Many of them had been his friends, his comrades.

The sun blazed, turning the ground in front of the hill into a nightmarish oven of death. There were shell-blasted scraps of thyme bushes even here, but in the middle of the day their aroma was overwhelmed by the smell of rotting flesh and human excrement. The noise was overpowering: the relentless crash of shells from the Fascists’ guns, interspersed with the crackle of small-arms fire and, in the all-too-brief moments of quiet, the buzzing of thousands of flies dancing from corpse to corpse.

Conrad was tired and he was thirsty. Everyone was thirsty. The streams shown on their maps had turned out to be dry, and the Republican Army’s logistical capabilities were not up to bringing enough water to the front to slake the thirst of all its soldiers.

To their left, a Spanish Popular Army brigade was mov­ing up to support yet another attack. It was the unit from which the soldiers who had tried to rape the nuns had come. Once they were in position, the order would be given for the British Battalion to attack again. These days it was always the International Brigades or the anarchist units who were thrown into the offensives, with the elite communist units held back from the worst of the fighting.

The order came to advance. Although Conrad was exhausted, as soon as he was on his feet adrenalin spurted through his veins and he ran, crouching low, dodging from left to right, Harry by his side, David slightly ahead and to the left. The Popular Army brigade had machine guns and they were spraying bullets in the general direction of the Nationalists on the hilltop.

Conrad threw himself down behind a small boulder and rested his rifle on it. He fought to control his breathing and his rapidly beating heart as he aimed at a head two hundred yards up the hill. The marksmanship of the average Republican soldier was appalling, not helped by their ancient weaponry, much of which dated from the previous century. But Conrad’s rifle was a new German-made Mauser K98k that he had lifted a few months before from a legless Fascist soldier groaning on the battlefield at the Jarama River, and Conrad knew how to use it. There was no wind, but he allowed for range, and pressed the trigger. The head jerked backwards and disappeared.