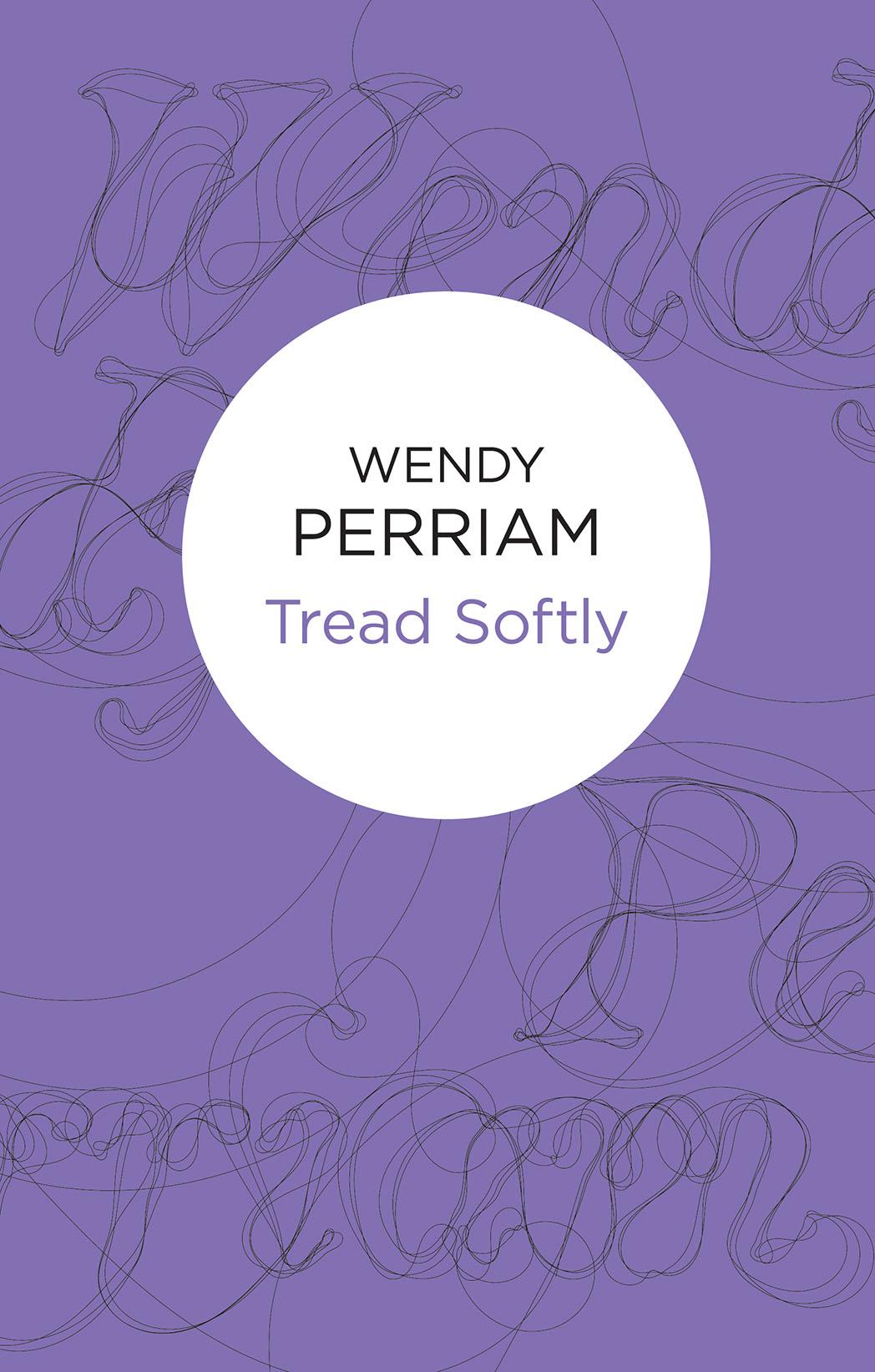 Wendy Perriam has been writing since the age of five, completing her first ânovel' at eleven. Expelled from boarding school for heresy and told she was in Satan's power, she escaped to Oxford, where she read History and also trod the boards. After a variety of offbeat jobs, ranging from artist's model to carnation-disbudder, she now divides her time between teaching and writing. Having begun by writing poetry, she went on to publish 16 novels and 7 short-story collections, acclaimed for their power to disturb, divert and shock. She has also written extensively for newspapers and magazines, and was a regular contributor to radio programmes such as
Stop the Week
and
Fourth Column
.

Perriam feels that her many conflicting life experiences â strict convent-school discipline and swinging-sixties wildness, marriage and divorce, infertility and motherhood, 9-to-5 conformity and periodic Bedlam â have helped shape her as a writer. âWriting allows for shadow-selves. I'm both the staid conformist matron and the slag; the well-organised author toiling at her desk and the madwoman shrieking in a straitjacket.'

For my Mother.
In loving memory

This was the world when you stepped into it. The thick
charge of blame and assault and love and murder and
unbelievable acts of kindness and the bitterest sunken
levels of disappointment that you could imagine and then,
quick as a flash, from nowhere, jokes!

Part One
Chapter One

BUNIONS were inherently absurd. The very word made people smirk â perhaps because it rhymed with onions. But the reality was far from funny. Distortion, swelling, constant pain. Agony in bed at night.

Lorna surveyed her feet: granny-shoes, at thirty-nine; ugly low-heeled lace-ups, bulging at the toe-joints. The Creator, if He existed, had done a lousy job. This waiting-room was proof enough, full of the walking wounded â plaster casts from thigh to ankle, arms in slings, bandaged knees â and a bald, squint-eyed baby wailing fretfully. Even the posters crowding the walls reinforced the theme of mortality: âMeningitis can kill.' âTobacco seriously damages health.' âTB â still a major threat.'

She turned back to her magazine. âTempt him with our haddock savoury.' Unlikely. She and Ralph ate separate meals at different times in different rooms. Anyway, he hated fish. Haddock â another comic word. Gudgeon, flounder, turbot, winkle: all a shade ridiculous. There were fish in the tank opposite, dazzling, iridescent creatures, the only healthy occupants of the room. She closed her eyes, letting her swollen feet melt into graceful fins and propel her through warm, turquoise-coloured water. Pursued by a shoal of lusty males, she zigzagged sinuously between fronds of weed, flirtatious bubbles streaming in her wake.

Startled, she surfaced, abandoning her bevy of sleek suitors with their kissing mouths and gossamer tails.

Pin-stripes, silver hair, a pale, solemn face with joltingly dark eyes. Her father, resurrected, stepping out of his photo frame into three-dimensional reality. In a daze, she shook his hand, gripping the cool, reassuring fingers for rather longer than was suitable.

Stay alive, she murmured, as she followed him into his room. Don't leave me again. Don't slip back to your sepia flatness.

âSix weeks? I can't spare you that long, Lorna. We're up to our eyes as it is.'

âI'll be able to
work
, Ralph. I just can't walk, that's all. Well, I can hop around on crutches a bit, but he said not to overdo it. I'm meant to keep the foot up as much as possible. But I can still type and answer the phone.'

Ralph poured himself a glass of something. Whisky, from the smell of it. He had his back to her, as usual. âI've heard it's a very painful operation. How on earth will you manage?'

âWith pain-killers. They have fantastic ones these days. Anyway, I've got to have it done. He said it'll only get worse if I leave it. It was extraordinary, you know. He looked just like my father.'

âWell, the photograph. I was so struck by the resemblance I forgot half the things I was meant to ask.'

Ralph said nothing. Was he listening, she wondered, or still worrying about her being off work? The latter, she decided. Over the years she had learned to read his back: anxious, tense, annoyed, withdrawn. Today it was all four. Since he'd given up smoking a week ago his stress level had soared.

âHe says he'll have to operate on all the toes, not just the bunion itself. Break and reset five bones, cut a couple of tendons â¦' She kept her tone light-hearted. As a child she had been taught stoicism. When she broke her ankle falling off a pony, she was told she was lucky to have legs at all, just as she was lucky to have food on her plate when millions of children were starving. She had imagined the world as full of amputees with empty bellies. âAt least he's not doing both feet at once,' she added, valiantly ignoring six weeks' immobility, six months of still painful walking and a year before the swelling went down. âHe says he'll leave the right one till next year. Otherwise I'd be completely out of action.'

âCouldn't the left one wait till Christmas, when things are slacker?'

âI'm not sure if surgeons work over Christmas.'

âWell, the week before, then.'

She pictured herself hobbling out of hospital on Christmas Eve, cooking the turkey from a wheelchair. Except there might not be a turkey. Last year, having a deadline to contend with, they'd had time for only a quick cheese-and-chutney sandwich in front of the computer.

âIt really would help, darling. The next three months are going to be absolute bedlam.'

âOK,' she said, âI'll ask Mr Hughes.' The prospect was appealing. On the way home she had relived the sensation of him handling her bare feet, resting them on his pin-striped knee, palpating each toe in turn. He had endowed distorted growths with a peculiar sort of dignity, worthy of his art.

âYou know, I hadn't realized till today what complex things feet are. That', she said, pointing to her left foot, âcontains twenty-eight bones, thirty-five joints and a hundred-odd ligaments. Which is why the operation's so difficult. There's a lot more to go wrong than in, say, a hip replacement. People imagine you just hack off the lump and hey presto! But â'

âGet off? Where? We're going out this evening.'

âRalph' â she tried not to let her irritation show â âwe're having dinner with the Kirkwoods. It's been in the diary for weeks.'

Didn't
want
to see it. Ralph liked his meals on a tray, alone. âLook, I'll phone John Allan and tell him you're not well.' As he turned to face her, she noticed the tiny muscle in his cheek was twitching again. She felt sorry for that overworked muscle.

âNo. The last thing we need is clients thinking I'm going downhill. What time are we meant to be there?'

âThat's OK then. Cobham's only fifteen minutes' drive, so I can see John Allan first.'

âDon't be silly, Ralph. We've less than an hour. You'll just have to put him off. Say something unexpected's cropped up.'

After Ralph had left the room she remained sitting on the sofa, gazing at the oppressive grey-green walls. For ages she had wanted to redecorate, but somehow they never managed to get round to it. Besides, she doubted if redecoration would change the basic character of the house â a character not unlike Ralph's: dour and rather isolated. He was the one who had chosen it, long before her time, and, despite now being in their joint names, it still seemed his, not theirs.

âYou're lucky to have a roof over your head,' she heard Aunt Agnes cluck, âwhen hundreds of people are sleeping rough.'

Lorna saw them huddled drunkenly in doorways on their cardboard pallets or sprawled supine on the pavements. She ought to visit Agnes, soon â before the operation certainly. It was a long way to go on crutches.

Picking her way through the rows of inert bodies, she went upstairs to change.

âJohn Allan didn't mind,' said Ralph, putting his head round the door. âAs a matter of fact,
he
's not very well.'

âGood. I mean rotten for him but good for you. Are you going to drive, by the way, or shall I?'

Ralph ignored the question, correctly interpreting it as: Do you intend to drink? He yanked off his tie and picked irritably at the label. âWhen d'you think we'll be able to leave?'

âRalph, for heaven's sake! We're not even there yet.'

âIt's just that I've got an early start tomorrow.'

Satan, You Can't Have My Children: The Spiritual Warfare Guide for Every Parent by Iris Delgado
Mackenzie's Mission by Linda Howard
The Sable Quean by Jacques, Brian
Parker 01 - The Hunter by Richard Stark
No Way Out by Samantha Hayes
Dubious Legacy by Mary Wesley
Dark Warrior: Kid (Dark Cloth Series Book 2) by Wolfe, Lenore
Veil of Time by Claire R. McDougall
An Uninvited Ghost by E.J. Copperman
Ambition: A Dark Billionaire Romance Anthology by Landish, Lauren, Lauren Landish
Our partner