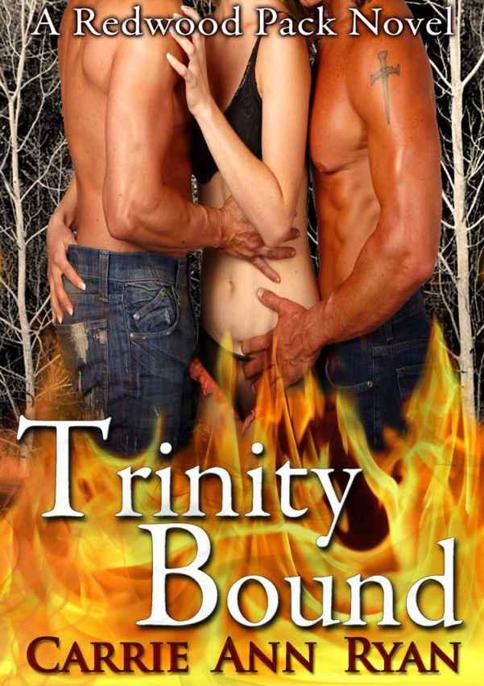 This eBook is licensed for your personal enjoyment only. This eBook may not be re-sold or given away to other people. If you would like to share this book with another person, please purchase an additional copy for each recipient. Thank you for respecting the hard work of this author.

Hannah Lewis, a rare earth witch, is taken from the only life she’s ever known. Held at her will by a sadistic wolf, she almost gives up hope that she’d ever see her real life again. But as her fellow captive, a werewolf named Reed, tries to calm her fears, she begins to feel a spark of something she never thought she’d feel – love. But is Reed, alone, enough to get her out of this dark basement so she can move on with her life?

Reed Jamenson, the artist of a werewolf Pack of Alpha males, knows instinctually that Hannah is his mate. Thus, despite their imprisonment, he will do all to protect her and then worry about their hearts. But is he strong enough to find a way for both of them to escape? And why does he feel as though something else is missing?

Josh Kolb, an ex-military human, stumbles upon Reed and Hannah and finds he must trust this new world of supernatural beings to survive. But that desire will lead the three to a triangle of attraction that will test the boundaries they all possess and its consequences in defeating the enemy. Can they all trust one another to save themselves and life as they know it? Even at the cost of their own hearts?

Writing this book sometimes seemed to take out every piece of me and beg for more. I wouldn’t have been able to do anything without people like Lia Davis, Gina, Devon, and Kitty. You guys are awesome and thanks for helping me write this thing!

Lia Davis, my crit partner, “work-out” partner, and all around best friend in this writing world—I love you dearie. Thank you so much for chatting with me and letting me scream at my computer.

And a special thanks to Angela Stone for saying the word
fire
and letting this story come to my mind.

And of course, thank you to my wonderful husband who supports me, even though I freaked him out when I said I wanted to write an m/m/f.

And again, thank you to my readers. Your outpouring support of my Redwood Pack and Reed makes my day and makes this writing thing worth it. Thank you so much.

The sweet coppery scent of freshly spilled blood tingled Corbin’s nose as he inhaled deeply. His sister, Ellie, struggled against the restraints digging into her arms and legs, but she didn’t make a sound.

Much to his disappointment.

He supposed he must play a bit harder to get his desired results. Yes, that would be quite nice. She was draped in his favorite sundress, bright yellow and white daisies smiling at him from a creamy ivory background. So cheerful to look at, and even better, the blood stains marked it vividly. And, of course, his Ellie needed to look pretty for her brother, even if he’d had to force her into the damn thing.

There was no use looking like a fucking Redwood without class if you were a Central.

His palm stung as he slapped her face then moved to hit her body, over and over again. The stinging increased with each brutal hit, and he sighed. Yes, this would help his headache and aid his thinking. Her skin began to redden from the contact as he beat harder. Laughter burbled from his throat as he continued. This was true contentment.

“Hit me all you want, big brother. But you won’t break me. You can’t break me.” Ellie’s voice was steady, without a hint of strain. One would think they were on a leisurely walk and not in a dungeon where he beat her. Corbin slapped her across the face, the sound of flesh against flesh echoing against the walls.

Fury pulsed in his blood and raced up his spine. He bit his lip and relished the tangy taste of blood. He couldn’t kill her. Not yet.

It was her fault he was in this situation in the first place. If she hadn’t healed that stupid woman, Willow, in the circle after he’d gutted the bitch, this never would have happened. But no, Ellie had to go and help the bitch. So Corbin was forced to save face. He’d stormed the Redwoods’ den and attacked. Yes, he may have lost a few wolves to the enemy, but they were useless anyway. There were plenty of other men to die for him in any case.

“I may not break you now, little sister,” Corbin snarled, “but I will eventually. Plus, the real fun comes from the play. The longer you stay your typical brazen self, the longer I can try and bleed that from you.” He shrugged. “I really don’t give a fuck. But you need to learn your place.”

“They’ll come for him, you know.” A thin line of blood trickled from her mouth. He needed to stop soon so her internal bleeding could begin to heal before he started again. The next time he might take out his sharper toys. He smiled at the thought.

“Oh, they’ll come. This is, after all, their weakling, their
artist
.” He spat the word. Art. This Reed was an egotistical loser without a designated title in his Pack. He was just one son of the many, nothing like Corbin, the only son and Heir to the Central Pack. He cursed under his breath as he hit Ellie again. They’d gone into the Redwood den with a purpose—to find Jasper, the Redwood’s Beta, and take him. But, instead, they got Reed.

They’d kidnapped the wrong wolf, but it would be okay. If Reed’s family didn’t come for him, Corbin would just kill him—slowly. It was no skin off his back. He hit Ellie again, and this time a slight whimper escaped her.

Though the whole wolf debacle grated on him, what really bothered him was the witch. He needed to know more about Hannah. What made her tick? What were her powers? Why did the demon, Caym, tell him she was important? Damn it. He hit Ellie square in the face, harder than he’d planned, and she passed out cold.

He missed his other sister, Ellie’s twin. But she was dead by his father’s hands so they could bring Caym to this world. That sister would have at least screamed for him and moaned in pain. But no, Corbin was stuck with Ellie. Always perfect fucking Ellie, the one who wouldn’t join in their father’s plans.

Hector was getting on his last nerve. The old man didn’t have the vision Corbin did. No, his father only saw the small picture. Ruling the wolves and killing some humans. Corbin saw it clearer, but as Heir, Corbin had to stand back and let his father have the power. That would have to change soon. He smiled at that promising thought. His jaw tightened as he clenched his teeth together and fisted his hands.

Caym prowled into his chamber and smiled at him. The demon’s dark looks reminded Corbin of a fallen angel. Yet there was nothing angelic about the being in front of him. Midnight black locks of hair framed his chiseled, pale face. His black eyes had a rim of deep red around the iris, enhancing his darkness.

“I see you’ve let Ellie sleep for a bit.” Caym’s smooth voice washed over him like liquid silk.

Corbin smiled. “Yes, I’m such a giving wolf.” They both laughed.

“They have the video feed finally ready, if you’d like to join me.” Caym slid his hand up Corbin’s bare arm, causing shivers to race up his spine. Warmth tingled in his icy chest and his pulse raced.

“I’ll just leave dear sister here. When she wakes up, she can think about what she’s done.”

“That sounds reasonable.” Caym danced his fingers across Corbin’s chin before turning to leave the room.

He followed the demon out, watching him glide with each step. Caym really was a handsome man. Though Corbin liked to torture and play with women, he preferred men for his bedroom activities. And if the subtle, or rather not so subtle, touches that just occurred were any indication, Caym might prefer him as well.

They entered the viewing room. Two video screens hung on the wall, with buttons and knobs on a control panel beneath them. The demon sat back in a black leather chair, arms cradled behind his head. Lean muscles bunched as he stretched.

Corbin strolled past and turned on one of the viewing screens. He walked to a chair, took a seat, and sat back as Caym rested his hand on Corbin’s. The image came on the screen, bringing a smile to his lips. His two prisoners lay on the cement floor, chained to stone walls.

The male, Reed, clad only in his jeans, pulled at his chains. Silly wolf, those chains were reinforced and not easily broken. He knew from experience. Chills of need racked his body at the memories. The woman, Hannah, slept on the floor, just out of reach of Reed’s hands. Perfect. Reed would try and help the girl but wouldn’t be able to. It would only hurt and entice his wolf more. Corbin licked his lips in anticipation. He couldn’t wait to get his hands on them both, if his father let him.

His fingers ached to see what would happen to the two in his chamber. They would give him information, no matter what it took. He hoped the process would drag on. He loved the prolonged screams of agony, the blood and pain like a cherry on his sundae. How he longed to play. And when he was through with them, he would kill them. There was no use, beyond his own pleasure, for a low-level wolf and a witch with no coven.

Caym squeezed Corbin’s hand then brushed his fingers up his arm before standing and taking a step toward the screen.

“I can imagine what you and I could do with the pair of them.” The demon’s voice sank into his pores. His eyelids closed as his arousal peaked. “But,” Caym continued, “we need to get rid of some...obstacles.”

“Yes, once we achieve that, you and I could have a great partnership.” He paused. “In more ways than one.” He smiled, his angelic face taking on an evil light.

Corbin panted in need. “I agree.”

“The two of us could strive for even greater progress together. We can call forth the whole of the demons and control them.”

They both laughed with insatiable hunger. Yes, this would be a partnership made in hell. Literally.

Spell of the Island by Hampson, Anne
Chasing AllieCat by Rebecca Fjelland Davis
The Bargain by Mary J. Putney
Don't Look Back by Amanda Quick
Standing By: A Knight's Tale #2 by Burgoa, Claudia Y.
House of Storms by Violet Winspear
Broken by Erin M. Leaf
Memories of the Ford Administration by John Updike
Retribution (Drakenfeld 2) by Newton, Mark Charan
Ways to Live Forever by Sally Nicholls
Our partner