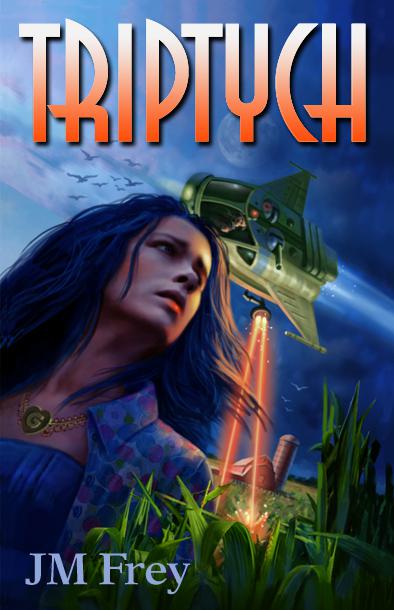 “A beautiful and moving exploration into the human soul... An outstanding debut novel and a welcome and refreshing addition to the genre of Canadian science fiction.”

“Frey delivers gloriously unpretentious science fiction, with enough fun and romantic intrigue to make you forget that something smart is going on until the closing pages.”

A
NOVEL
BY
J.M. FREY

All rights reserved. Reproduction or utilization of this work in any form, by any means now known or hereinafter invented, including, but not limited to, xerography, photocopying and recording, and in any known storage and retrieval system, is forbidden without permission from the copyright holder.

This is a work of fiction. Names, characters, places, and incidents are the products of the author’s imagination or are used fictitiously and are not to be construed as real. Any resemblance to actual events, locales, organizations, or persons, living or dead, is entirely coincidental. 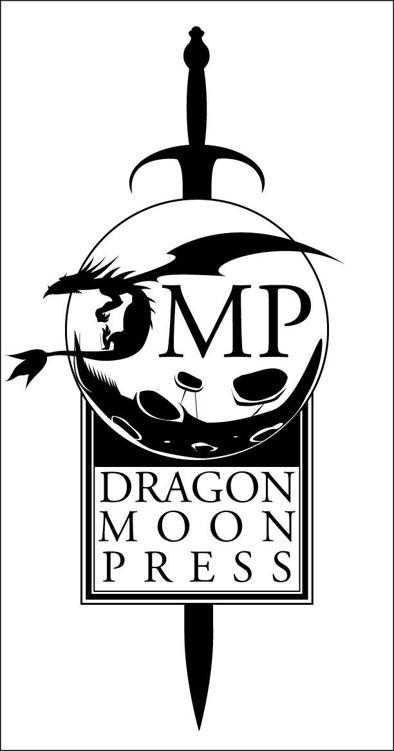 A body collapsing with no muscular control onto plush carpeting makes a kind of muffled thudding, all raw meat and cut strings. Doctor Basil Grey had heard other, more terrifying sounds in his thirty-three years. He’d heard screams more gorge-raising, had felt more threatened by the piercing shriek of experimental components as their structural integrity began to fail in close proximity to, well, his very valuable self. He’d heard the grating whines of undergrads, the sobs of grad students over the latest drafts of their theses, and the heated yelling matches between colleagues with differing grasps of a theory.

They were all horrendous sounds, and he had ranked them, once, by order of how much they made his teeth ache. But now he quickly reevaluated his internal top-ten list.

This particular sound was above and beyond the worst he’d ever heard in his life.

Something in his gut burned, like a punch had landed solidly to his solar plexus, and Basil doubled over, breath forced from his lungs.

For a ridiculous, dissonant second, he thought
he
was the one who had been shot.

“No,” he moaned, and only realized after the fact that it was he who’d made the soft, wounded animal sound. It was unnaturally loud in the aftermath of the flat, empty crack of a bullet leaving a barrel.

Already partway down, he let gravity pull him the rest of the way to the floor. He reached out before he could stop himself, scrabbing, shaking, and forced his hand into Kalp’s, laid a palm across Kalp’s cheek. His throat closed up and he struggled to fight against the revulsion from the limpness of the fingers wrapped around his hand; from the already waxy feel of the skin under the bristles on Kalp’s jaw.

Kalp blinked, just once, and turned his head towards Basil. And then, somehow, he was gone. There was no death rattle, no dramatic final breath, just…life in his eyes, and then…none.

Kalp was dead on the living room floor.

Basil jerked backwards, away from the
thing
that he now touched, the thing that wasn’t…that was still so warm, and dead bodies weren’t supposed to be
warm.
They were never warm in the movies.  But Kalp radiated heat like a little rain forest.
Had
radiated, no longer in the present…goddamnit all to
hell
and goddamn the tenses too. Then Basil’s other instinct, the desperate need to
deny,
jumped to the fore and he surged forward to try to shake Kalp back into breathing. The purple-red blood was still oozing out of a fist-sized wound, growing ever more sluggish as the seconds ticked by, becoming sharply chilly in the still air. Basil jammed his hand over the blooming injury, pushed in his fist in a desperate, futile effort to stop the flow. Limp blue fur tickled his knuckles. Dark skin cooled irrationally rapidly, making goose pimples burst upwards along his arms.

Basil called to Kalp, kept calling long after it was obvious that Kalp could never respond, because no, this couldn’t be it, this couldn’t be
all
. Not after everything else, not after all they’d lost, he couldn’t accept it, he couldn’t just let Kalp
die
in their own house, in the one place that the Institute had promised they would be
safe
, god
damn
it.

He looked up. Standing in the fore of the tightly packed group of three Special Ops soldiers from the Institute, a veritable phalanx of Kevlar and scowls, Agent Aitken had gone ashen and grim. Her gun was pointed at the ceiling now, but her finger was still on the trigger, her knuckles white around the grip. Basil imagined that he could see smoke curling out of the barrel.

“Why?” Basil shouted, and everyone in the room jumped at the sudden submachine spray of words that shot out of him. “What the
fuck
did you do that for!”

Aitken swallowed and her grim composure cracked for half a second. “The hostile was  —  ”

“Shut up.
Shut up!
” Basil shrieked, forgetting about staunching the blood flow. It was so cold against the backs of his fingers, the beds of his nails  — cold already, too late. He lunged up to wrap clawed fingers, purple as Kalp’s blood dried, around Aitken’s neck. She dodged back, and the two other soldiers from the corps surged forward and dragged him bodily away from her. Basil kicked out, furious, his face hot and his head burning.

“Gwen! Where are you?” Basil screamed. “Call an ambulance,
fuck,
someone arrest that crazy woman! She killed Kalp!”

Aitken stepped back, into the kitchen and out of the way. She holstered her gun and lifted her hand to probe around her neck, then the other hand went to her ear-mounted transmitter and clicked it on. She whispered urgently and softly into the microphone, expression twisted into a sneer even though her lips were dead white. Basil saw the words “backup” and “meatwagon” fall like cannonballs from her mouth. Nobody made a move to stop her.

Basil looked around at the faces of his fellow agents in disbelief. Some averted their eyes. The rest just frowned. Behind them, Basil’s living room suddenly looked surreal and
wrong
. A teacup was resting on its side on the coffee table, and beside it, stacked neatly, there was a small bundle of files.  They looked like some review work someone had left for half a second, just to nip up to the loo, and meant to return to. On the dining room table sat a torn piece of paper and some strange lump of twisted metal that Basil only half saw but couldn’t force his shocky brain to recognize. It all seemed too…
domestic
for what was lying on the floor.

At least, he tried, but a matched set of agonizing grips on the insides of his elbows wrenched him back. A fleeting thought ran across his mind  —  a complaint about whiplash, pulled muscles, maybe something particularly snippy about manhandling  —  but Basil couldn’t spare the brainpower for his habitual bitchiness just now. He bent his knees, trying to regain forward momentum, trying to pull with his center of gravity.

“Calm down, Dr. Grey!” one of the grunts shouted in his ear, yanking him back so hard something in his shoulder twisted and popped and began to burn.

Basil yelped, feet skidding out from under him in his surprised pain, and they wrestled him towards the front door.

He thrashed from side to side, ignoring  —  no,
revelling
in  —  the biting needles that were broadcasting out of his shoulder socket, concentric circles of throbbing agony and clarity. The pain made everything clearer. It made the truth too true to bear.

He jabbed out with his elbows, but he only succeeded in getting himself all the more tangled in the soldiers’ unforgiving grip. The soles of his boots slipped and skidded against the polished hardwood floors, along the white tile of the house entryway. They caught the corner of the dirt-dull shoe carpet, dragging it across the threshold along with the three struggling men, out onto the cement stoop.

But he could not make them
stop
.

“Kalp! Gwen!” he screamed, and he felt something rip in his throat, the hot burn of anger and grief and pain.

Kalp couldn’t, he just…it just…
no.

“You don’t, you don’t know that,” Basil insisted, digging heels ineffectually into the concrete of the stairs, trying to haul himself and his captors bodily back through the gaping front door. He could see, see the slow spread of browning purple, the ghastly streak of turquoise lying still, motionless in the pool. “You don’t know about them, maybe, we don’t know anything about their physiology, maybe he’s in a coma, or, or his breathing is irregular, he could be fine, God, just let me, let me!”

“
No!
” Basil screamed, and suddenly his knees went out from under him, like they couldn’t stand the thought of functioning anymore, not when Kalp was…

One of the soldiers let go, and the other guided him to the softer scrubby turf of the postage-sized front lawn. Basil’s whole body felt heavy and shaky, like it wasn’t his. It was too
hot,
too shivery, too much by far right now to have ever been something that Basil lived
in.

He put his face in his hands and sobbed.

And Gwen, where was Gwen?

He called out her name, looked up, around. She wasn’t there. Across the street, Mrs. Baldwin stuck her nose out of the door, blanched, and darted it back in.

There were no sirens when the Institute arrived. There were only big, square black SUVs coming up the side road, pulling up in front of the house, a cube van behind. All the windows were black, black. A man in a coroner’s tee-shirt climbed out of the van’s cab. It was Doctor Zhang, mortician.

“No!” Basil said again and surged to his feet. He turned back to the house, but his way was blocked by one of the soldiers.

Gwen appeared in the doorway then, finally, and Basil took a step towards her before he registered the look on her face, and stopped; grim, closed down, nothing. She was dressed in full swat gear like a doll of a soldier: eyes empty, every new strap unfrayed, every buckle still blindingly factory-issue shiny. Her mouth was painted in a flat line, her lips held so tightly together that they had taken on the same shade of pale as the rest of her vacant face.

The coroner and men in suits piled out of the SUVs and she let them into the house. They shut the door behind them. She stood on the stoop.

He shoved at the soldier and the man still would not let him by.

Love Letters by Katie Fforde
Martha by Diana Wallis Taylor
Guardian Bears: Marcus by Leslie Chase
Within a Man's Heart by Tom Winton
The Feast of Love by Charles Baxter
Beneath the Moon and the Stars by Amelia Thorne
The Super: A Bad Boy Romance by Connor, Anne
Regiment of Women by Thomas Berger
Relentless: A Bad Boy Romance (Bertoli Crime Family #1) by Lauren Landish
The Wide World's End by James Enge
Our partner