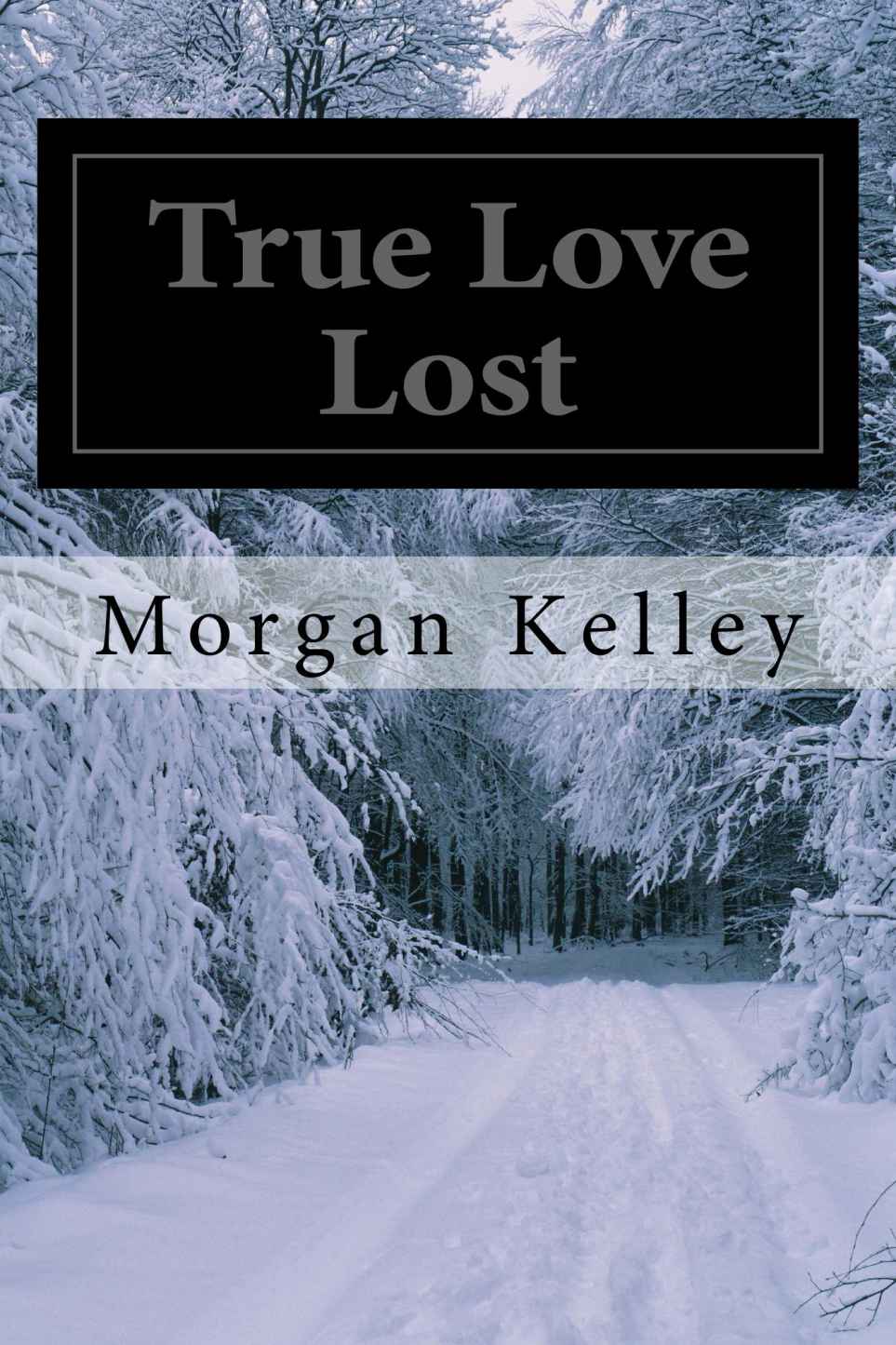 reserved. No parts of this publication may be

reproduced or transmitted in any form or by any

means, electronic or mechanical, including

photocopy, recording, or in an information

storage
or retrieval system without written

consent from the author. All characters are fictional

and any similarity to real life or individuals is

“They that love beyond the world cannot be

separated by it Death cannot kill what does not die.”

“
You live on earth only for a few short years

which you call an incarnation, and then you leave

your body as an outworn dress and go for

refreshment to your true home in the spirit.”
~ White Eagle

To all those that believe in love at first sight.

To all those that have loved and lost.

To all those that were driven mad by love.

And to all those who never gave up and searched for

that true love
despite the odds.

To my mom and dad; a shining example of love never

Times of the day, and put up with my craziness in the

Pursuit of writing this book.

Wine is on me!

The mirror didn’t lie
, as beauty was in the eye of the beholder. Indeed she was a lovely woman, taking pride in her appearance. The main reason was her true love. He always enjoyed that she took time to make herself look just right. As she brushed her long blonde hair, she ran her fingers over the long silkiness, a smile crossing her lips.

“Tonight will be so special,” she said
, to no one in particular. “I can’t wait until we start our evening together, lover.”

It would be a night
they’d never forget.

There was nothing like spending a quiet evening in with the love of her life. It made her giddy
with excitement at the prospects of what was to come. “I wonder what color lipstick I should wear for you tonight,” she said, as she picked through the various colors in her makeup kit. “Perhaps a red would be perfect,” she whispered giddily, as she puckered up and smeared it on her lips and then inspected the outcome.

It should have
taken little thought, but yet there was that doubt and fear pushing into her mind. Finally, she made the decision.

“No, I think not.
My lover is right. I look too trashy. I know how you don’t like me to look like a whore. I guess I’ll pick a new color, lover,” she stated to the empty room. Gently she picked up a tissue and began blotting the color from her lips. When it left a red stain behind, she felt herself becoming angry, rubbing harder and with more force. “No! This won’t do,” she snapped, desperately trying to remove the offensive color from her lips. Red was for whores and sluts. Not women in a committed relationship, and she knew that!

The love of her life was very particular. There were a few things that she’d learned to avoid when he was around. The first being
, he liked his woman to be a lady. Not some crass, vile, trash bag that had no manners. Women you brought home to marry weren’t gutter whores who acted like perverse tramps.

Once before she tried to play the sexy vixen and crossed the line
, only to discover her lover’s temper. That was a night she wouldn’t ever forget, as it played back in her mind like a horrible nightmare. The anger from him was incredible and the strike to her face left a mark that took days to fade.

That mista
ke wouldn’t ever be made again.

She thought
about that night not long ago, and her heart pounded furiously in her chest. So much effort went into that evening to impress him. The perfect dinner had been planned, as he came home from a demanding day at work. Making his favorite food was tricky, because if it was too hot or too cold then there would be anger. He liked to eat promptly at six p.m. and not a second later. As he walked into the house he wanted a cold beer, his woman looking perfect, a clean house, and a hot meal. After all it wasn’t too much for him to ask of her.

Rubbing her cheek, she remembered the moment it started to unravel. When she
placed their dinner, a pan of lasagna in the oven, she inadvertently forgot to turn it on and the well timed dinner was going to be late. Maybe he’d forgive her and be in a good mood, or maybe he’d punish her and make her night hell.

As she waited for him to arrive home, she had a brilliant idea. She would dress in something sexy, possibly distracting him with her body for thirty minutes before dinner. Then he wouldn’t even notice that the food was late coming to the table.

Men loved sex and food, and she was praying that the art of seduction would save her from getting hurt.
If there was one thing she disliked, it was the quick snap of his temper when she did something horribly wrong.

NO!
It terrified her.

Running around the house, cognizant of the clock on the wall and the alarm in her phone, she knew she only had so much time
remaining before he’d arrive. Checking the details, she rushed into the living room just to assure herself that she wouldn’t screw anything else up.

The r
emote was on the arm of his chair ready for his use.

There were t
hree cold beers in the fridge, ready for his consumption through the night.

Even the p
illows were in just the right spots on the couch, fluffed and ready to impress him with their perfection.

Lastly, she checked off the final item. The m
ail was in a pile ready to be read and on the little table beside his chair.

If any of these things weren’t
exact, there’d be anger and hell to pay. She knew that from experience, but that was her fault. He had rules and she needed to be obedient and observe them, because he was the man.

Now that the little details were handled, she could now
manage the big issue at hand. The late dinner and why she’d screwed it up this badly. This would be her third warning, and the first one had been scary enough. Yet she didn’t learn her lesson. The screaming frightened her, but still she made the error again. The second time, punishment was she’d been struck. If he got to the final warning, she was unsure what would happen. There was a part of her that dreaded knowing what he would do to her on the third mistake when he found out.

Shaking her head, she pushed it out of her mind
, praying her plan would work. As she checked the clock again she took a seat at her vanity. It had been a present from her true love, and he expected it to be used. No slovenly women were allowed in his house. Women were to be arm candy, making their men look good. It was her job in life. She was his concubine and his representation out in the world. Because he had chosen her there were benefits. He paid her bills, gave her a roof over her head, and loved her.

He really loved her…

As she hastily picked makeup out to impress him, she had that sinking feeling that the plan wasn’t going to work. A silent prayer was said, and a promise that this wouldn’t ever happen again, if she just survived this one mistake.

“Please God let me pull this off,”
she whispered
.

Just one more
chance and she’d be the perfect woman for him. After all she was still learning.

Crossing her fingers, she hoped she could distract him enough with her womanly wiles
, and that he’d be in the mood for raunchy sex.

As she finished dressing, she slipped into a pair of heels that
she owned before moving in with him. It was one of the rare pieces of her past that she’d kept. He didn’t like her remembering anything before him. The men, the fun, the sex…But she couldn’t resist the red shiny patent leather pumps. They were her secret happiness, and she just couldn’t leave them behind. Checking the garters and looking in the mirror she heard his truck pull up to the outside of the house.

It was now or never!
The show was about to begin.

Grabbing
a beer from the refrigerator, she leaned sexily against the counter, waiting for him to enter. The only thing she could hope was her face didn’t show the fear and terror that she was feeling inside if this didn’t work.

“I’m home, baby,” he
hollered, his back to her as he closed the door.