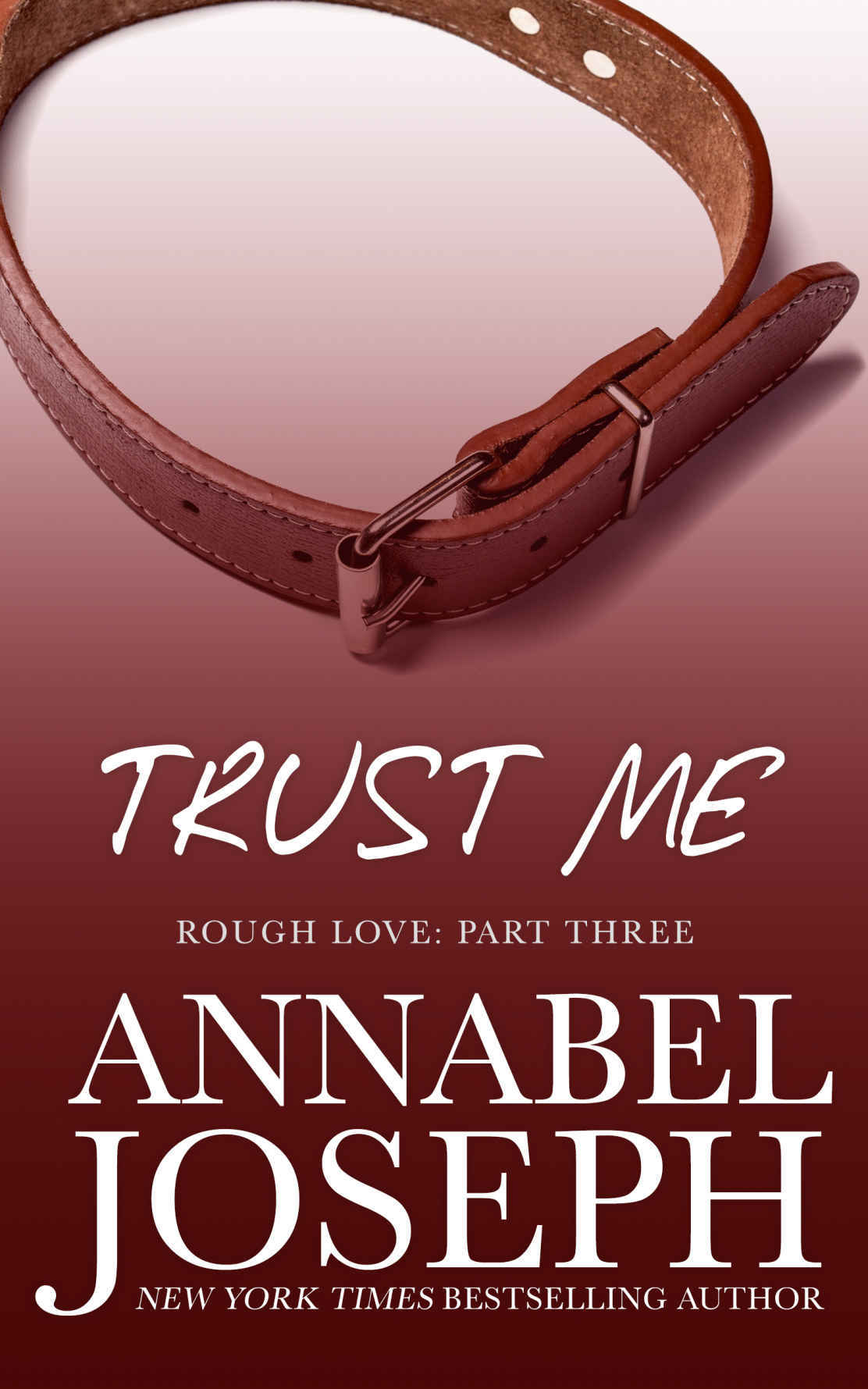 This book is a work of fiction. Names, characters, places, and incidents are products of the author’s imagination or are used fictitiously. Any resemblance to actual events, locales, or persons living or dead, is entirely coincidental. This book contains rough sex, breath play, and other edgy forms of sensuality that should not be attempted by the uneducated or inexperienced. In other words, don’t try this at home.

All characters depicted in this work of fiction are 18 years of age or older.

“A Chorus Girl” by E.E. Cummings was originally published in
Eight Harvard Poets
, New York, Laurence J. Gomme, 1917. It is excerpted in this work by rights of public domain.

O
nce upon a
time, there was a lost, lonely princess, and a rough-edged prince who owned a castle with a dungeon. The dungeon was hidden away behind a secret door, but the princess knew it was there because it had become the center of their relationship. It was okay.

In fact, the princess dreamed about the dungeon as much as she dreamed about the prince. She loved and hated both of them, her dreams a peculiar mixture of happiness and dread. Sometimes the prince tormented her, whipped her or choked her while he whispered lurid threats in her ear, but sometimes he gave her poetry, real poetry he’d written only for her.

You lean over your work

As you bring beauty to the world

I ran my fingers over the paper that lay front and center on my worktable, reading his words when I should have been working. I was the princess, even though most days I didn’t feel like it. I still persisted. I wanted happily ever after with my prince.

That was complicated too.

I folded the poem and put it in a drawer with the others, and refocused on my work, on the two gleaming silver ovals in front of me. My studio was quiet today. Sometimes I listened to an eclectic playlist as I worked with my metals and soldering irons, but today I worked in silence because I was a failure, undeserving of music.

As promised, Price had given me some money to start my jewelry business, and rented a space for me a couple floors below his office. My studio had only two rooms: a front room where I worked and stored my supplies, and a back room done up as a lounge for prospective clients, with large, comfortable chairs and a central table for setting out samples and discussing designs. So far, the only person I’d met with in there was Price. Most of the time the back room sat empty, the light from the single window moving across the carpet and chairs.

It had been a month since I set out on my new career as a boutique jewelry designer. I’d amassed a backlog of beautiful gold and silver pieces, earrings, bracelets, necklaces…but no clients. Starshine, Ltd. had received exactly one order since its inception, and that order came from Price—two bracelets with attachment points for chains, in the style of manacles. On the order form he wrote
Must stand up to the frenzied pulling of a one hundred and twenty pound woman in the course of a long and grueling punishment session.

I weighed a hundred and twenty pounds. I’d failed to find my first customer by the end of August.

Yes. I was fabricating a pair of shackles for myself.

I deserved to be punished, because after three years at one of New York’s top art schools, I’d fallen way short in launching my career. I’d lamed out, full stop. I’d been more concerned with being my Master’s slave and obsessing over his poetry than bringing my jewelry designs to the world. The whole reason he’d held me at arm’s length for three years was so this wouldn’t happen.

I frowned and fitted one of the manacles around my wrist. I didn’t want them to be stark metal bonds, but works of art. I wanted these instruments of torture to be pretty and exquisitely fitted. I wanted something good to come out of this. I wanted to please the man I thought of as both my Master and soul mate, but the project was also shadowed by sadness. I wasn’t measuring up to our unspoken agreement, and he was calling me on it. I was scared about what that meant.

I clicked the clasp together and wiggled the manacle on my wrist. The fit was true. The design was pretty.

So why wasn’t I happy?

I took it off and arranged it on the table beside the other manacle with a carefully calculated distance between them, connected by a chain. It was a metaphor for us, because we were connected, but not really together. He said he loved me, but he didn’t love me yet. He didn’t trust me, or perhaps he didn’t trust himself, and earning that trust was going to be a long and complicated process on top of everything else. Clients were the last thing on my mind. My career didn’t seem that important anymore, when our relationship was in this shifting stage of vulnerability.

The door swung open. Only one person came here, and he never knocked. In the big, wide world he was P.T. Eriksen, famous architect, but when I wasn’t calling him Sir, I called him Price. He was tall and strong, with piercing blue eyes and blond hair, and bold, expressive features. At the moment, those features were deliciously intent. He locked the door behind him, then strode toward the back room, not even glancing at the manacles. He was already shrugging off his suit jacket. I jumped to my feet and followed.

As soon as I entered the back room, he was on me, grasping me, holding my head in hard fingers, as if he had to force me to endure his kisses. I moaned because I wanted those kisses. He came to visit me at least once a day, sometimes more, for this, for kisses and groping and fast, hard sex against the wall or over the couch, or sprawled out on the carpet.

His force ruled my world. All he had to do was touch me—grab me—and I melted for him. I ground my hips against his crotch as he yanked up my skirt. I was only allowed to wear skirts or dresses to work now, with no panties underneath. It was a very effective method of making me think about him all day. At home, I wasn’t allowed to wear anything at all, except nipple clamps, harnesses, chastity devices, and other evil things he used to torment me. In comparison, the no-panty rule was positively tame, and it allowed him easy access during these fleeting visits.

He forced me to my knees and I undid his fly, releasing his thick erection. He thrust into my mouth with his pants still around his hips. I held up his shirt, being very careful to keep him neat and clean, because once he left me, he’d go back to work in his office upstairs. My old friends at Eriksen Architectural Design knew I had a studio here, and that their boss came to visit me. They knew we were together, since he’d taken me to a couple of corporate dinners. Why wouldn’t the boss fall for the intern? They didn’t know the rest of our three-year history. Maybe that was for the best.

I choked, a loss of concentration. He twisted fingers in my hair and pulled hard to refocus me.
Yes, yes, Sir, forgive me.
I didn’t say it out loud, didn’t say anything, just went back to sucking him. We hadn’t shared so much as a greeting yet, but that wasn’t unusual when his mind was on sex. He didn’t like a bunch of words clouding up the dynamic between us. When we were in his dungeon, I wasn’t allowed to speak at all. Not one word, not one syllable unless I was responding to a question. He’d told me that rule the first day, and no amount of protesting and negotiation had changed his mind. After being gagged many times over the following week, sometimes for more than an hour, I’d learned to accept it and obey.

But I could still make noises. I could scream and whine, yelp and shriek, groan and struggle to my heart’s content. And here, now, I could talk, because this wasn’t the dungeon, but what was there to say except
Use me
, and
I missed you
, and
I love you, even when you treat me this way
…

His hands tightened in my hair until my toes curled in my shoes, then he released me and nudged me toward the sofa. I crawled there, waiting for his hands to show me what he wanted. He lifted me and bent me over the cushions, slapped my ass and shoved his cock inside me. I was so, so wet. His forceful thrusts banged my hips against the couch where I should have been meeting with clients. Let’s face it, I was way better at having sex than launching a business.

“Hurt me,” I whispered into my hands. “Please hurt me.”

He enjoyed my scrabbling, frenzied attempts to get off, enjoyed making me come over and over sometimes, until I was exhausted. I bucked back against him, ignoring the scratching carpet against my knees, but constantly aware of keeping his clothes clean. The one time I’d accidentally humped his pants and left a wet spot, he’d made me take them to the dry cleaner with a very sore ass. Live and learn. Since I’d moved in with Price, I’d learned so many things.

Be good. Be a pleasing, sexually available slave. Hurt for Master when he wants it. Don’t ask him if he loves you.

He immediately changed his rhythm to make it harder for me to come. I should have known better by now than to admit I was almost there. He squeezed my nipples through my shirt, making my pussy twitch and clench around his cock. He was so big, he filled me so full. He was everything to me. He left my nipples and reached down to slap my clit. The contact felt electric. I stuffed my knuckles in my mouth so I wouldn’t ask for it again, because then I might not get it. He slapped my clit again, hurting me as much as he thrilled me. The third time I went off, climaxing, grinding on his hand as he drilled into me.