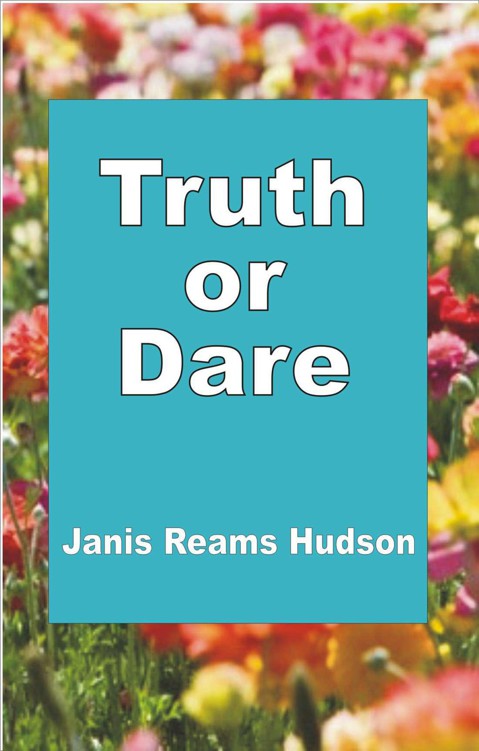 (Originally published by Bantam Loveswept, May 1993.)

All rights reserved.  No part of this book may be copied or reproduced in any form
or
by any manner without express written consent of the author, expect for brief excerpts used in reviews.

for giving me the idea.  Thanks, friend.

Jared Morgan tapped his pencil against his desk pad, his irritation growing along with the number of little pencil marks on the white paper.  After a while, he switched ends and tapped the eraser instead of the lead, cursing softly while he waited for the next applicant.

He'd been through four interviews this morning, and a more unqualified lot of applicants he'd never seen.  Was he going to end the week without finding a new secretary?

Somewhere out there in the world there had to be a good execu
tive secretary who wanted to work for a living and could type a cool hundred words a minute.  A dedicated, highly intelligent, college educated career secretary.

Jared rose reluctantly to greet his last applicant before lunch.  The rush of hope he felt as the woman firmly shook his hand trans
formed his scowl of frustration into a smile.  The smile some claimed had melted the hearts of countless women faltered somewhat as he realized it had little or no effect on the woman before him.

But that was good!  Great, in fact!

She wore flat shoes, like the ones his twelve
–
year
–
old daughter wore; her skirt was too long to be attractive and hung loosely on her shapeless hips.  She had no breasts to speak of, but it was hard to tell because of the way her suit jacket hung limply from her shoulders.  No makeup at all, and her straight, black hair, cut even with her jawline, swung forward and covered half her face.  Long thick bangs nearly obscured the most hideous pair of glasses he'd ever seen.  They had thick, square black frames, and the lenses, not quite dark enough for sunglasses, were tinted slightly green.  They cast a greenish pallor over her entire face, with a little help from the fluorescent lighting and the pea
–
soup color of her suit.

The word
nerd
came to mind, but it seemed a shade too masculine for the woman before him.  Female nerd?

Naw.  Too cumbersome.  Nerdette.  That was her.

And she wasn't the least impressed with his most devas
tating smile.  His dream secretary come to life.  With a twist.  This one reminded him of the old maid librarians from his childhood.  Those fierce, intimidating women mentally and emotionally equipped to keep small children in line with one hand and command entire armies with the other.  Rachel Fredrick looked absolutely perfect.  Now . . . if only she could type.

"Thank you."  The woman seated herself primly on the edge of the chair in front of his desk, laid her purse in her lap, and folded her hands and rested them precisely in the middle of her patent leather handbag.

Patent leather.
As far as he could remember, the only times he'd seen a woman with a patent leather purse were at church on Easter Sunday, and at funerals.

He flipped through the papers she handed him.  The application was neat and clean, and the letters from the employment agency regarding her qualifications were impressive, to say the least.  He was familiar with that particular agency, had used them before, and they seldom, if ever, went to the trouble to write letters of recommendation.  If she was half as good as things looked on the surface, his troubles were over.

"It says here you've just recently moved to Oklahoma City, Rachel.  May I call you Rachel?"  At her nod of acquiescence, he continued.  "What made you choose to leave St. Louis?  I don't mean to pry
—
I'm just curious."

"That's quite all right, Mr. Morgan."

"Jared, please," he interrupted.
That voice.
How could a nerdette have the sexiest voice he'd ever heard?

"Jared," she acknowledged.  "I moved here to be near family."

"Then you plan to stay in the area?"  He certainly didn't want to hire anyone who was just passing through.  But then the firm set to her mouth told him she probably would never admit to that if she wanted this job.  And she sure looked eager enough.

Out the corner of his eye Jared noted
The Morning Movie
fading to black on one of the monitors mounted on the wall over Rachel Fredrick's left shoulder.
Time to pay the bills,
he thought as he subconsciously waited for the commercial to begin.

"Have you ever worked in a television station before?"

Jared had been General Manager of Channel 3 for the past two years and was proud of his station's standing in the community.  The last thing he wanted was a secretary who thought she could either become a star or meet celebrities by working in broadcasting.  But this woman looked like she had entirely too much common sense to be bothered with any sort of celebrity status
—
her own or anyone else's.

"No."  He glanced at the wall again and noticed the Channel 3 monitor was still black.  He frowned.  It had to have been longer than ten seconds by now, and ten seconds of black had better mean the master control operator had just suffered a heart attack, as far as Jared was concerned.  Two seconds, three maximum.  That's all there should ever be.

"Excuse me a minute, Rachel."  He reached for the phone to call and ask what the devil was going on, but then thought better of the idea.  If there was a problem, which there obviously was, the last thing the engineers in the control room needed was a ringing telephone.  And if they stopped in the middle of a crisis to answer the phone, he'd probably fire the lot of them.

He kept his eyes on the black screen and hesitated.  They were good people in the control room.  What ever was wrong, they were undoubtedly working on it.  He'd only be in the way if he went back there right now.

But there had better be a damned good reason for so much black on the air.

An instant later, Jared would have loved to have seen that black again.  The screen on the wall went from black to snow.  Channel 3 was off the air.

"Damn."  Jared jumped to his feet and ran for the door.  "Excuse me," he called back to Rachel as he left her alone in his office.

Rachel Fredrick frowned and watched him leave.  His departure was accompanied by a shout from somewhere down the hall.  She wondered what was going on.  Surely he wouldn't be long.

She sat still for fifteen minutes, gripping the edge of her purse until her fingers went numb.  Was he ever coming back?  He
had
to come back.  This seemed to be the only decent
–
paying job available in the entire city, and she was determined to have it.  She knew she was more than qualified, and if Jared Morgan had met anyone whom he really wanted to hire, he would have already hired the person, and Rachel's interview would have been canceled.  That had already happened to her once.

In fact, this was the first actual interview she'd had since she started searching for a job last week.  And she was determined to nail this job.

The desk before her was neat and clean in the middle, but the outer edges were piled haphazardly with papers, ledgers and books of all sorts.  The same was true of the credenza on the far wall and the sofa behind her.  This man needed help.  Correction
—
he needed
her
help.

Now, how to convince him.

As if in answer to her question, the phone on Jared Morgan's desk started buzzing and three lights flashed.  At the same time, she could hear the phone in the outer office, presumably the secretary's.  If she was going to answer those calls, it wouldn't seem quite so presumptuous if she at least did it from the secretary's desk.

"No, I'm sorry, ma'am, I don't know how long he'll be . . . I'll be sure to tell him."  Rachel looked up from what seemed like the ninetieth phone call to see a boy leaning against the door frame leading to the hall and grinning.  She guessed his age at about nineteen.  She nodded at him and returned his smile while she wrote down the caller's phone number.  "Yes ma'am," she said into the phone.  "Just as soon as he returns."

"Hi," the boy at the door said when she hung up the phone.  "You Rachel?"  At her nod he thrust his hands into his hip pockets.  "Boss wanted me to make sure you were still here.  He said to tell you he shouldn't be too much longer, if you can wait.  I'm Bobby Johnson.  I'm the page."

"Oh, you know," the boy answered with a shrug.  "I take care of the mail, run around town delivering and picking up things, that sort of stuff.  I guess you could say I'm the station gofer."

Rachel had learned years ago that first impressions weren't always to be trusted, but still, she liked this boy with the friendly smile.  "Do you enjoy what you do?"

"It'll do for now."  He shifted his weight from one foot to the other.  "I studied film at a special course they had at the University of Central Oklahoma last summer.  What I really want to do is be a film editor.  But there haven't been any openings, so I took this job to sort of get my foot in the door."

Bobby straightened and took his hands from his pockets.  "That's me.  Gotta run.  Boss said he'd like you to wait for him if you have time.  See ya."  With a short, two
–
fingered wave, he took off down the hall at a trot.

When Jared stepped from the hall into his outer office, he took a quick double take and stopped dead in his tracks.  When he'd left this room forty
–
five minutes ago it had looked a lot like his own office, with stacks of papers all over the desk.

Constance by Rosie Thomas
Meet the New Dawn by Rosanne Bittner
Off Limits by Emma Jay
Enticed (Dark Passions) by Bailey, Sarah
Do Not Ask What Good We Do: Inside the U.S. House of Representatives by Robert Draper
The Canal by Daniel Morris
Trust (Blind Vows #1) by J. M. Witt
Ratchet by Owen, Chris, Payne, Jodi
Deadly Reunion by Geraldine Evans
Joan Hess - Arly Hanks 13 by Maggody, the Moonbeams
Our partner