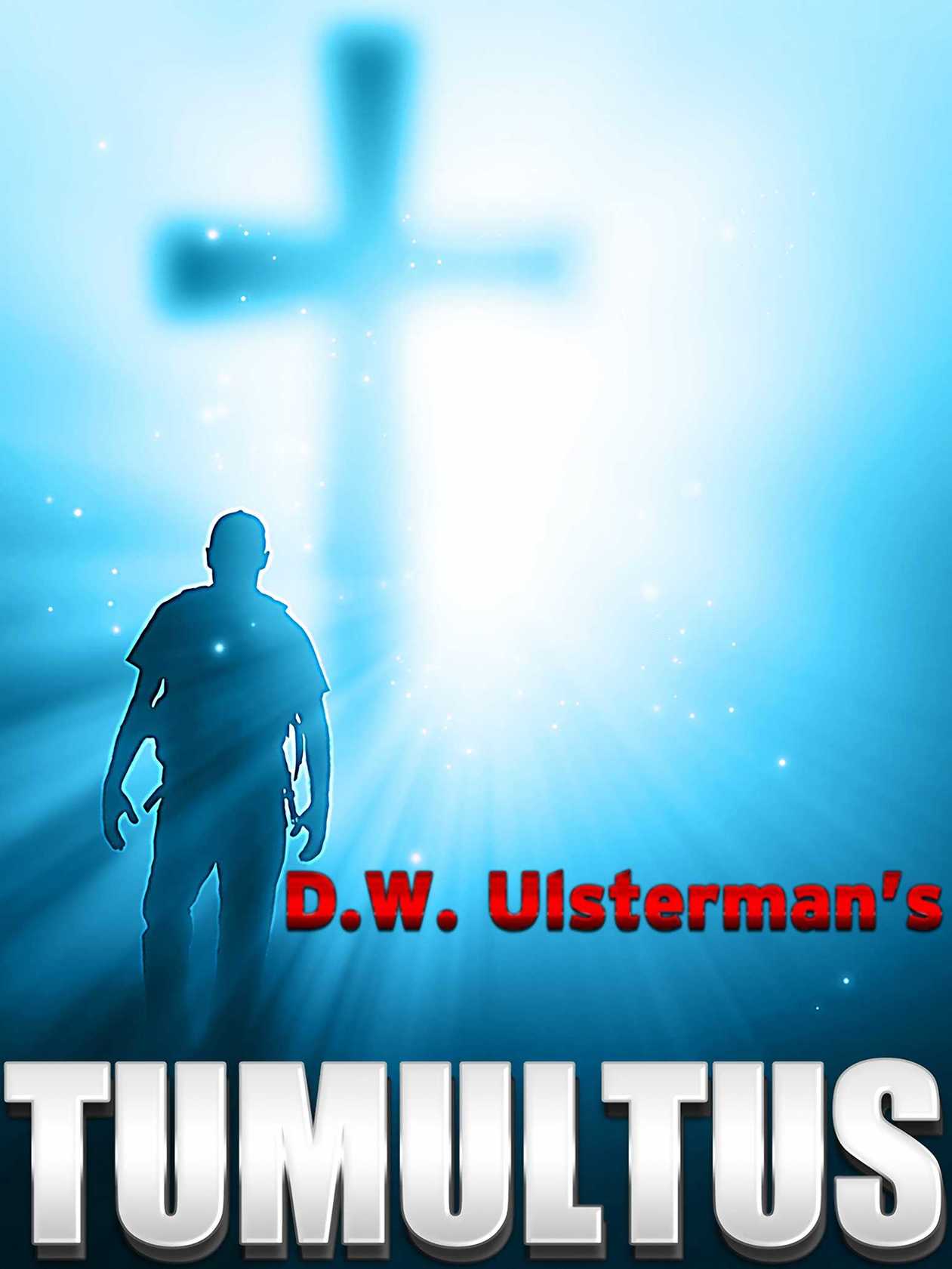 Get updates and free book promotions directly from the author!

**LINKS TO OTHER NOVELS BY D.W. ULSTERMAN**

BENNINGTON P.I. "Take two and call me in the morgue"

embracing the principles of responsible opportunity, liberty, and freedom.

To my mother, gone too soon after a long battle with cancer shortly before this story’s conclusion.

To my father, who taught me long ago that the best boss is to be your own boss.

And finally to Brando, a good dog and a better friend…

A word from the author:

Welcome reader, and thank you for choosing to embark on this journey involving our intrepid companions from the outpost of Dominatus.

Though Tumultus can certainly be read as a standalone novel, once you finish Tumultus and if you wish to know the origins of the character of Mac Walker and more of the back-story of Alexander Meyer and the beginnings of Dominatus, I encourage you to begin with
MAC WALKER'S 40,000 FEET
and go from there. If you wish to download all of the Mac Walker stories as one download in chronological order, you can do so with the bestselling,
MAC WALKER: The Collection
. This collection gives you a savings of 50% over downloading all of the stories separately.
There is even more to learn of Alexander Meyer’s character as well from the Bennington P.I. series, which can also be downloaded as a money-saving collection:
HERE

Mac Walker has generated quite a following over the last couple of years due in great part (I think) to his throw-back qualities that remind readers of an America that once stood tall and proud and simply did what needed to be done without complaint or hesitation. Mac has more than a bit of Gary Cooper and John Wayne in his mix, while also remaining a very flawed and thus believable and all too human, character. He is noble but far from infallible as he attempts to navigate the  perpetually poisonous geopolitical swamp he finds himself working in and against, and is more than capable of a myriad of mistakes - mistakes he must then pay for just like the rest of us.

Mac’s story is more than simply a military-styled adventure. (Though plenty of shoot first question later action is to be found in all the Mac Walker stories) It is as much a spiritual and emotional struggle as a physical one involving himself and the friends both past and present he cares so much for.

So thank you again for taking the time to explore the world of Tumultus. I am truly grateful for every reader, follower, and fan and wish you more happy reading both here and beyond.

“When dictatorship is a fact – revolution becomes a right.”

Following the successful defense of Dominatus two years earlier, the ten thousand strong who had arrived in support of that tiny Alaskan community grew in numbers in the days and weeks following that conflict until finally, a massive, marching crowd of over thirty thousand Alaskans took to the streets of Fairbanks demanding full autonomy from the mandates of the New United Nations.

Mackenzie Walker, the then seventy-three year old former Navy SEAL who had for nearly twenty years called Dominatus his home, working diligently to protect both it and its residents, led what became known as the bloodless revolution of Fairbanks Alaska.  A surprising number of local authorities took up the cause of the freedom fighters, throwing down their New United Nations positions and instead joining friends and neighbors in the attempt to remove the yoke of oppression that was life under the global mandates.  Those who wished to remain loyal to the New United Nations were allowed the opportunity to leave Fairbanks.

Only a very few chose to do so.

Within days, Fairbanks Alaska was once again a place of freedom – a city whose officials quickly took oaths in support of the Constitution of the former United States of America.  This declaration was then followed in other areas of Alaska until, within just a few more months, even Anchorage and finally Juneau, embraced the rising tide of liberty.

Alaska declared itself free from the New United Nations.

Stories of how the citizens of Alaska took back their home state spread quickly, despite aggressive attempts by N.U.N. authorities to block communications regarding the successful revolution.  Similar uprisings soon followed in and around Great Falls, Montana, Preston, Idaho, and Rock Springs, Wyoming.  These in turn were mirrored in other locations across the former United States, though as the numbers of uprisings grew, so too did the increasingly violent response from the New United Nations authorities.   After a three day standoff between nearly two thousand freedom fighters and one hundred N.U.N. compliance officers  just outside Carson City, Nevada, a series of drone bombings were initiated that left thousands dead and injured, and thousands more unwilling to continue the fight for fear of receiving a similar fate.  While freedom and liberty were winning the hearts and minds of the revolution, the New United Nations continued to dominate the skies with its vast and deadly drone capabilities.

And yet, still more pockets of resistance sprung up across the Lower 48.  Initially, this resistance was disjointed, sometimes unsuccessful, but slowly, as months turned to years, it grew in both numbers and strength. Reese Neeson, himself a Dominatus survivor, continued his series of short wave radio programs, transmitting a message of hope that if more would be willing to stand against the tyranny of the New United Nations, yet more would join that cause, and freedom and liberty would soon follow.

The drone bombings were increased.  Fort Collins, Colorado was witness to nearly twelve thousand murdered by the drones.  Yuma, Arizona saw another seven thousand freedom fighters slain.  And in Stockton, California, home to the largest New United Nations re-education facility in America, over twenty thousand men, women, and children were dumped into what was a massive and horrific incineration device. The victims’ ashen smoke remnants hung over Stockton like a morbid, low hanging cloud for days after. It was this heinous act in California that successfully stalled what the Old Man of Dominatus had hoped for just two years earlier – the Second American Revolution.  People once again grew fearful of opposing the tyranny of the New United Nations.

Still, freedom fighters throughout what was once America pressed on, refusing to give up.  Just three weeks following the inhumanity of what was by then being called the Stockton Massacre, word arrived from the newly reformed Texas Resistance – a group of nearly fifty thousand freedom fighters who were preparing to do in Texas what had been done in Alaska – win back their freedom.  Not only in their own state of Texas, but throughout all of the former United States, and the world.  The leader of the Texas Resistance sent a secret message to the survivors of Dominatus, hoping to secure their aid in obtaining a rumored weapon residing in the desolate outpost of Churchill, Manitoba. This weapon was said to have the potential of decimating the drone empire of the New United Nations, a weapon currently under the protection of a mysterious priest.

“Please secure weapon and transport safely to location in Texas.  Priest is expecting your arrival.  More details there.  Without your help, the revolution will likely fail.  We intend to bring back freedom to Texas and America and then the world.  Where you have already led, and where we now hope to lead, others will follow.  To do so, we must have that weapon.  Make way to Churchill, Manitoba as quickly as possible.