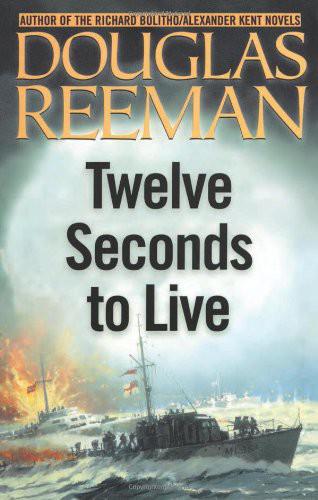 The mine is an impartial killer, and a lethal challenge to any volunteer in the Special Countermeasures of the Royal Navy during the naval battles of the Second World War. They are brave, lonely men with something to prove or nothing left to lose. Lieutenant-Commander David Masters, haunted by a split second glimpse of the mine that destroyed his first and only command, H. M. Submarine Tornado, now defuses 'the beast' on land and teaches the same deadly science to others who too often die in the attempt. Lieutenant Chris Foley, minelaying off an enemy coast in ML366, rolls on an uneasy sea with a release bracket sheared and a lie mine jammed, and hears the menacing growl of approaching E-boats. And Sub-Lieutenant Michael Lincoln, hailed as a hero, dreads exposure as a coward even more than the unexpected booby-trap, or the gentle whirr of the activated fuse marking the last twelve seconds of his life. This thrilling book from the master storyteller of the sea transports readers back to the terrifying life of the British seamen of the Royal Navy during World War Two.

9. The Catch of the Season

16. In All the Old Familiar Places

The mine is an impartial killer, and a lethal challenge to any volunteer in the Special Countermeasures of the Royal Navy.

They are brave, lonely men with something to prove or nothing left to lose. Lieutenant-Commander David Masters, haunted by a split second glimpse of the mine that destroyed his first and only command, H.M. Submarine
Tornado
, now defuses ‘the beast’ on land and teaches the same deadly science to others who too often die in the attempt.

Douglas Reeman joined the Navy in 1941. He did convoy duty in the Atlantic, the Arctic, and the North Sea, and later served in motor torpedo boats.

As he says, ‘I am always asked to account for the perennial appeal of the sea story, and its enduring interest for the people of so many nationalities and cultures. It would seem that the eternal and sometimes elusive triangle of man, ship and ocean, particularly under the stress of war, produces the best qualities of courage and compassion, irrespective of the rights and wrongs of conflict . . . The sea has no understanding of righteous or unjust causes. It is the common enemy, respected by all who serve on it, ignored at their peril.’

Apart from the many novels he has written under his own name, he has also written more than twenty historical novels featuring Richard Bolitho, under the pseudonym of Alexander Kent.

A Prayer for the Ship

Dive in the Sun

With Blood and Iron

Path of the Storm

The Pride and the Anguish

Go In and Sink!

Strike from the Sea

A Ship Must Die

The First to Land

Against the Sea
(non-fiction)

Dust on the Sea

With all my love

They’re all gone now, it’s in the past

It doesn’t fill my mind except on days like this

And sometimes in the lonely night.

I wonder why they went?

They must have gone for something

They can’t have gone for nowt!

Shaw Taylor, ‘I Watched Him Go’

Daylight had been slow to show itself, and even now everything seemed painted in varying shadows of grey. The sky was still heavily clouded from the overnight rain, the puddles black holes in the roadway.

And so still. Nothing to break the sense of desolation. Abandoned. And you never got used to it.

Only the car moved. A patch of colour at last, the shuttered headlights like slitted eyes, swinging very slowly this way and that as if feeling the way past looming buildings, nondescript in the grey glow, tall cranes or an occasional gantry, and some broken crates. A place of work. Like so many others.

The driver, a soldier, glanced sideways as a window squeaked down and the damp, bitter air filled the interior. It was very cold, and only September.

The passenger watched the slow-moving buildings and machinery. More clearly now, he saw the car’s reflection pass one of the puddles, its camouflage and more
obviously the wings, painted bright red, a familiar enough sight so near to the sea. To danger. With the window open the car’s engine sounded incredibly loud, held in low gear, one of the driver’s hands resting loosely on the gear lever, the other almost casually coaxing the wheel.

The passenger smiled, and felt his lips crack. Because of the cold? He knew otherwise. There was nothing casual about this work.
Not unless . . .

The driver said softly, ‘Here they are, sir.’

It never seemed to matter where it was, he thought. Like the anonymous groups of people they had passed on their final approach. It could have been any of those other places, any of those other times. Anxious, apathetic, impatient . . . it was none of those things.

He saw some figures near a gateway, authority marked by white belts and gaiters. The naval patrol. He felt his stomach tighten. The last contact . . . But that, again, was always the same.

A petty officer, very calm, peered into the car and saluted.

‘Hundred yards, sir. I checked the marker meself.’ Untroubled. But his eyes were saying,
rather you than me, mate.
Always the same.

He heard the other passenger shifting behind him. A rating to assist him, one he did not know. God knew what he was thinking. He felt his fist clench inside his pocket.
Always remember the name.

‘All set, Derek? Won’t be long now. Should brighten up soon, by the look of it.’

The rating said nothing, surprised perhaps that the officer should use his first name.

His fist clenched again, and this time it remained rigid.

The petty officer grinned and saluted again, relieved. ‘Something a bit stronger than that, sir!’

The car growled forward again. Nobody had said ‘good luck’; nobody did any more. He stared at the road. Not after four years of war.

Only the car moved.
And then, all at once, there it was. A ramshackle building with eyeless windows, a warehouse of some kind, one of hundreds which served this yard where supplies, weapons and all the materials of war came and went on the tides and in the wagons he had noticed in a railway siding near the main gates.

There was a bit of a breeze, too; the Met officer was right, for a change. And it
was
brighter. But he did not look at his watch. He got out of the car and stood beside it, the others watching him, men he did not know.

He glanced along the road, seeing the grey light moving down charred timbers, like black glass from the overnight rain: some recent hit-and-run air attack, although there were fewer of those now. But you could always smell it. Worse when it was in somebody’s home, pathetic possessions scattered all around while you worked, your mind empty of everything but the job.
The beast
, they called it.

He rubbed his hands together, a dry sound, purposeful.

‘You know what to do. Run out the line . . .’ He faltered and stared at the marker, a green pennant of bunting lifting occasionally in the damp air. ‘No heroics, Derek. Bolt for that shelter, just like they taught you.’ He did not look at the driver. ‘You can pull out. Thanks for the ride.’

Surprisingly, the soldier tugged off his glove and thrust out his hand.

It was almost the worst thing he could have done.

And just as quickly, he was alone, as if he had found his way here unaided. He touched his pockets, the little pouch he always carried, and lastly the stethoscope in his jacket. He had walked through a hospital once, and they had thought he was a doctor.

The hospital seemed to linger in his mind. On another occasion, probably months ago, he had cut his hand on a wire on his way to an incident, as the boffins termed them, and had gone to a nurse to have it bandaged. Your hands, your fingers, were the only instruments that really counted in this so private war of man versus machine. He could still remember her curt contempt when she had looked at him and his uniform.
Others are in far greater need
, or something. And that same nurse, after he had defused ‘the beast’ and she had realized what he had been doing. Tears, not shame but shock.

He turned slightly and looked back along the road. In less than an hour it would be a hive of activity, until the next time.

He felt his pockets again. He could smell the sea
despite the charred timbers, and the smells of oil and machinery. It was never far away.

He measured the distance to the gantry he had noted earlier. The sailor named Derek should be safe enough.

He faced the building. The rest must not matter. There was nowhere to run.

He ducked past the green bunting and found himself looking down into a cellar. The sappers who had attended the incident, and had thoughtfully started to rig a tarpaulin canopy to keep out the rain, must have got the shock of their lives.

It was still impossible to estimate the skills and dedication of scientists and mechanics who could design a fuse so delicate and yet so strong. As in this case: the beast had dropped from its aircraft and smashed through at least one roof and a reinforced floor into the cellar. And it had not exploded. He could see the tell-tale parachute, sodden and torn, which had dragged after it like a great tail. Now there was only silence, although he knew it would take no more effort than a man tapping his watch to restart it to set the fuse alive.

It was a magnetic mine of the deadliest kind. Dropped into the sea, it could sink a cruiser or overloaded troopship with ease. He glanced at the dripping bricks. Or flatten sixteen streets . . .

He was standing beside it, one shoe filling with water. He should have been properly prepared. The voice in his mind repeated,
There was nobody else.

Echo Round His Bones by Thomas Disch
Midnight Sins by Lora Leigh
The Broken by Tamar Cohen
How to Find Peace at the End of the World by Saro Yen
The Ties That Bind by Andi Marquette
Bjorn! on the Fourth of July (A Barbara Marr Short Story) by Cantwell, Karen
Curvaceous by Marilyn Lee
Pawn by Greg Curtis
The Amish Canning Cookbook by Georgia Varozza
Menage by Jan Springer
Our partner