Read Twice Upon a Time Online

Twice Upon a Time 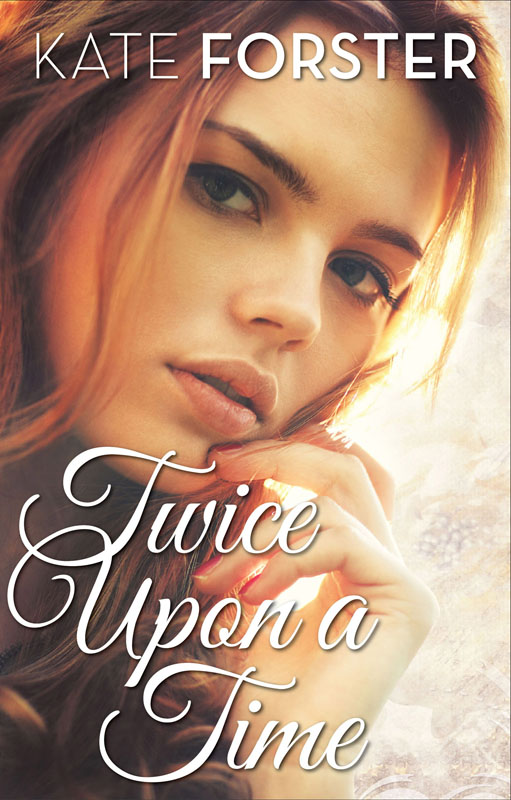 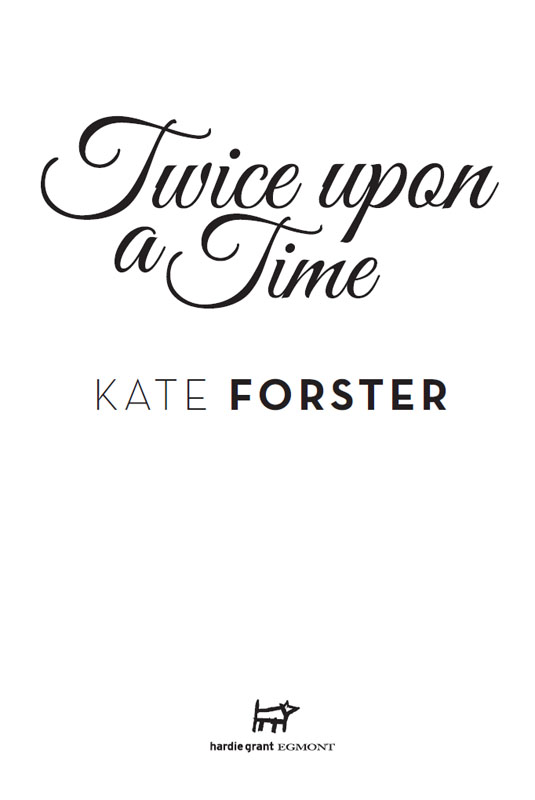 Cinda grabbed hold of a rock and hauled herself onto its smooth surface, the weight of her backpack almost toppling her backwards.

‘Shit,’ she said as she steadied herself, wishing she had insisted Jonas come with her. The last thing she wanted to be was a headline back home:
Backpacker Dies Alone on the Sentiero degli Dei.

But there was no way her best friend would have wanted to sit on the side of a cliff staring at the view – unless, of course, that view included hot boys in mankinis stretched out on the beach.

Cinda, on the other hand, would climb anything. No tree or cliff was beyond her if it meant capturing the perfect outlook to paint from.

She caught her breath, relieved to have made it.

The Sentiero degli Dei, or ‘Walk of the Gods’, as it was known in English, was a track along the coast of Positano in Italy. It was the best place to admire the exquisite coastline.

Cinda’s mother was Italian, and Cinda had longed to see Italy for as long as she could remember. When her mother spoke of Italy, her eyes got misty and dreamy. Allegra was a true romantic, which meant Cinda was brought up on a diet of opera, books, and discussions about art with the endless stream of visitors through their house.

Cinda had everything she could wish for back in Sydney, which was why her mother was devastated when Cinda took off for Europe with Jonas.

‘Mum, you always told me to see the world!’ Cinda reminded her.

‘I know, but I guess I never thought that day would actually come,’ Allegra had said dramatically.

‘I’m nineteen, Mum. I can’t stay at home forever.’ Cinda had smiled. ‘You won’t be lonely for long, knowing you.’

‘Not this time,’ said Allegra gravely. ‘I have sworn off men forever.’

She sounded very convincing, but Cinda knew it wouldn’t last. It never did. What worried Cinda was her mother’s terrible taste in men. She always fell for men who uttered the right words but never followed through. Men who used her mother’s generous nature and optimistic outlook and then broke her heart. And, in the case of husband number two, stole her money.

Cinda opened her backpack and set up her canvas, placing her paints beside her.

The Tyrrhenian Sea glittered and the pink buildings of Positano made it look like a fairy town. She tried to push that romantic thought out of her mind.

Don’t be sentimental
, she remembered her art teacher saying
.
Paint what you see, not what you want to see. Unless of course you’re
a surrealist – then you can paint whatever the bloody hell you like.

Cinda’s eyes shifted across the vista and she started to see everything as a collection of shapes, lines, shadows and colours.

In the distance, she could see the blob of a boat on the gauzy horizon. There was another shape in the sky – perhaps a bird? Clouds shaped like scoops of lemon gelato rested on one hill, and the waves curled around the jagged cliffs as though they were trying to soothe them.

Cinda opened her paints and started to mix them on the wooden palette.

She hadn’t slept well at the hostel – the endless parties in the bar downstairs had stopped her from entering a deep sleep. Oh, and Jonas’s snoring didn’t help either.

They were sharing a single room to save money but Cinda had started to long for a bed of her own – at least for one night. Perhaps they’d lash out and get separate rooms when they moved west along the Amalfi Coast.

Part of her wanted to go home. She missed her mum’s declarations about love and opera, and the smell of something wonderful always bubbling away on the stove. She missed the doorbell ringing day and night, and the scent of the rosemary bush at the front gate. But she had saved for more than a year to go on this trip with Jonas, squirrelling away the money she earned working at the art-supply store every weekend, giving up her precious painting time. Now she was away, she wanted to paint as much as she could. She wanted to grow as an artist.

But so far she was pretty sure that the only thing that was growing was her butt. The pastries and bread of France, and now the pasta and cheeses of Italy, had added a soft layer to her already curvy body.

Her shorts were a little tighter than was comfortable, and she had taken to wearing maxi dresses whenever she wasn’t climbing cliffs – much to Jonas’s horror.

‘Maxi dresses are like tracksuit pants in dress form. They should be called traxi dresses. They indicate that you’ve given up on both life and style,’ he told Cinda when he saw she had bought yet another one from a shop in Positano. ‘You think they’re flattering but they’re really just tents. You need shape, babe.’

Jonas had just finished fashion design at the same art college as Cinda in Sydney. He was taking a break before he went back home to look for a job.

Jonas had such tough fashion opinions he made Karl Lagerfeld look like a total sweetheart. But Cinda trusted him completely. He was more like the bossy, camp brother she never had than just a friend. His advice, although sometimes harsh, was always spot-on. Not that it was going to stop her from wearing maxis all summer on this occasion.

Jonas was forever telling Cinda how gorgeous she was. Sure, she had dark, glossy curls, olive skin and almond-shaped eyes. But her strong jawline and curvy body meant she didn’t look like any of the waifs in the magazines or on TV. It was the jawline and silhouette of her Medici heritage, her mother always reassured her. Cinda could never quite remember who the Medicis were.

It made sense that Jonas was her best friend. Cinda had never been afraid to speak her mind, and people were sometimes threatened by her conviction. But Jonas wasn’t threatened by her, and he didn’t want to sleep with her. Unless you counted sharing beds in crummy hostels, where he would steal the covers and snore most of the night.

Cinda mixed up the shade of blue for the sea. Was it ultramarine with violet or cerulean with sapphire? She was adjusting her colours when a group of walkers passed her on the trail below – loud Americans talking about how it wasn’t as good as the Grand Canyon walk. Cinda rolled her eyes as she mixed.
Why bother leaving home if you’re just going to compare the world
to what you know, and be determined to find it wanting?

As her brush touched the canvas she felt the familiar wave of nervousness. Each time she started a new painting it was like opening a new book to read: she didn’t know if it was going to be any good, and she had no idea how it was going to end – but it felt like a chance to capture something precious.

Two hours later, with the sun growing hot on her head and her water bottle finished, Cinda knew it was time to pack up.

She put away her paints and her brushes, wrapping them in a canvas cloth ready to be washed when she got back to the hostel.

She looked critically at the painting.

It was okay, nothing amazing. She felt slightly disappointed, wondering if she had wasted the beautiful linen canvas she had bought in Rome.

She swung her pack onto her back and held the canvas carefully so as not to smudge it. Lowering herself carefully to sit on the rock, she realised it wasn’t going to be easy to get back down to the path with a wet painting in her hands. She tried to visually navigate a way down, but her eye was caught by a gull surfing the wind. She looked out at the view one last time, taking a mental snapshot of the moment.

‘Would you like a hand?’ came a voice from below, and Cinda looked down to see a guy in a white shirt, unbuttoned to the waist, striped shorts and a pair of sneakers. He had longish blond hair and a collection of necklaces and beads around his neck, making him look like a Euro-fabulous Captain Jack Sparrow. He also had cheekbones that most girls would die for and a tan that indicated he didn’t do too much with his days.
He’s perfect for Jonas
, she thought immediately.

Cinda narrowed her eyes at the guy, considering his out-stretched forearm.

She didn’t want to throw him her backpack. She’d heard all the stories of the shysters who worked the tourist trails. But he wasn’t likely to steal her painting, so she nodded.

‘Yes, can you hold this?’ she called, reaching the painting down to him. ‘Careful, it’s wet,’ she said, a little too late, as she saw his thumb smudge the gelato-shaped clouds.

Damn
, she thought, but didn’t say anything. It was her fault really. She managed to find her footing and edged her way to a point on the rocks where she could jump down to the path again.

‘Thanks,’ she said, now face to face with the guy.

He was seriously handsome. She wondered for a moment how he would look in a portrait. There was something old-world-y about his face, which had none of the round doughiness of some of the boys she knew back in Australia. Instead it was all sharp angles and fine bones. Beautiful.