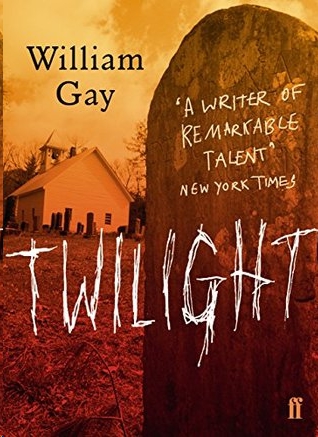 Publisher’s Note: This is a work of fiction. Names, characters, places, and incidents either are the product of the author’s imagination or are used fictitiously. Any resemblance to actual events, locales, or persons, living or dead, is entirely coincidental.

How compliant are the dead. You can arrange them, like
cut flowers.
Fenton Breece, 1951

T
he wagon came out of the sun with its attendant din of iron rims turning on flinty shale, its worn silvergray fired orange by the malefic light flaring behind it, the driver disdaining the road for the shortcut down the steep incline, erect now and sawing the lines, riding the brake onehanded until the wheels locked and skidded, then releasing it so that wagon and team and man moved in a constantly varying cacophony of shrieks and rattles and creaks and underlying it all the perpetual skirling of steel on stone.

Patton’s store. A grinning man would halt the wagon with an upraised arm but it would not halt. When he noticed the quiltcovered cargo the wagon transported, he called, What you got there, Sandy?

The driver turned and spat and wiped his mouth and glanced back briefly but he didn’t stay the wagon. Dead folks, he said. The wagon went on and vanished like some ghostwagon in the vaporous mist rising from the river.

Coming into Ackerman’s Field the wagon and its curious freight accrued to itself a motley of children and barking dogs and a few dusty turtlebacked automobiles and such early risers as were stirring and possessed of enough curiosity to join the macabre parade to its ultimate end on the courthouselawn.

Before he even stepped down from the wagon the man said, Get Sheriff Bellwether out here.

A fat man in overalls had approached the wagon. Bellwether’s done been sent for, he said. Who all is it, Sandy?

The man pulled back the quilt covering with the faintest flourish, not unlike a nightmare magician offering up for consideration some sleightofhand.

Goddamn it, Sandy, that girl’s half naked. Did you not have
enough respect to cover her up?

The man they’d called Sandy spat. I ain’t Fenton Breece, Hooper. All I undertook to do was bring em in. That’s all the undertakin I aim to do. You want to handle em, then you cover em up.

The dead exhibited in the strawstrewn wagonbed. A man or the bloody remnants of one. A rawboned middleaged woman with one bare and dirty foot protruding from the makeshift shroud. A girl with hair the color and sheen of a bird’s wing. About her throat an arrowhead tied to a leather thong, and the thong wound tightly into the bluelooking flesh. A boy of fourteen or fifteen and another younger yet and over all a welter of congealing blood. Aligned so and staring at the uncaring sky they are beyond any commiseration you might have for them and you’d be hard put to come up with a sin they might have committed enormous enough to have brought them to so shoddy an end.

The fat man in faded Duck Heads shuffled his feet awkwardly. Behind him the malign sun had burned away the last of the morning mist and the falsefront stores and tacky houses assembled themselves almost apologetically, dimensionless and makeshift props for the darker tableau that has playedbeyond the curtain.

There are some sorry son of a bitches in this world, the fat man said inadequately.

I believe about half of em are runnin wild in the Harrikin, Sandy said.

God knows. Or more likely the devil. Old man Bookbinder got jumped by Granville Sutter and faced him down with a horse pistol. There’s a Tyler boy lost in there wanderin around with a rifle and some story about a dead sister and Fenton Breece misburyin dead folks. Turned up at my house two or three o’clock in the morning half out of his head. Said we might ought to open some graves. I ain’t much for graverobbin but after this I’d believe most anything.

Well, I’ll be goddamned, the fat man said suddenly. I never noticed that. He pointed. A bloody mound of curly hair. A dog in there.

He brought out a taffycolored dog. Some breed of terrier. The dog’s eyes were open and its distended tongue as purple as a chow’s. Strangest of all, the dog’s ears had been pierced and it wore a gaudy pair of dimestore earrings.

Well, I’ll be damned. I don’t believe I ever seen a dog wearin earbobs.

Reckon why whoever it was killed the dog anyway?

I’ve thought about that some, Sandy said. I believe it was just all there was left to kill.

They came up through the stand of cypress that shrouded the graveyard, the pickup hidden off the road in a chertpit clottedwith inkblot bowers of honeysuckle. There were two of them, a young woman and a gangling youth who appeared to be younger still. A leaden rain out of the first slow days of winter had begun some time after midnight and the cypresses wept as they passed beneath them, the tools the pair slung along in their hands refracting away such light as there was and the pair pausing momentarily when the first milkwhite stones rose bleakly out of the dark. Behind and below them the church loomed, a pale outraged shape, no more, and only the impotent dead kept its watch.

The girl moved ahead amongst the gravestones with a sense of purpose but the boy hung back as if he’d had second thoughts or had other places to be. She turned a flashlight on and off again immediately though in truth she hadn’t needed it.

Here, she said. This one here.

Yeah, the boy said. Rain ran out of his hair and down his face. His clothing was already soaked and you could hear the water in his boots as he walked. This is crazy as shit, he said.

This seemed so selfevident she didn’t even reply. He drove the spade into the earth mounded atop the grave and leaning his weight into the work began to remound the earth in a pile next the grave. She seated herself on a gravestone and crossing her legs at the ankles and shielding her lighter from the rain with her body lit a cigarette and smoked and watched this curious midnight shift at work. A car passed once below them snaking the curves, the lit cypresses rearing out of the windy rain and subsiding and there was a fragment of girl’s laughter and a flung bottle broke on macadam. Gone in a roar of gutted mufflers and dark fell final and absolute and she could hear his breathing and the steady implacable work of thespade. She was on her third cigarette when metal scraped on metal and when it did, something she couldn’t put a name to twisted in her like a knife.

The scraping ceased. Bring me the light, he said.

Come and get it.

Goddamn, can’t you do anything?

I don’t want to see. Come and get it.

Silence. The soft sough of the windy rain in the trees. He said something indecipherable and clambered up out of the grave all gummed with mud and his claycovered boots outsized and clownish and crossed between the stones, a grotesque figure halfcomic here in this township of the dead. He wordlessly took the light and descended again into the grave. When the spade struck the casket this time she stopped her ears with the flat of her hands but she could still hear the wrench when the lid came
free.

Nothing for some time. Then he came up to the gravestone and hunkered there in the rain. There was a ragged sound to his breathing but she couldn’t tell if he was crying or just out of breath.

Yes. Worse. The son of a bitch—

She leant forward abruptly and stopped his mouth hard with the palm of her hand and they just sat there, his dark face like rainwashed stone and his wide frightened eyes burning palely out of the dark.

A Question of Love by Kirkwood, Gwen
Family Happiness by Laurie Colwin
The House with a Clock In Its Walls by John Bellairs
An Affair of Honor (Rebel Hearts Book 2) by Heather Boyd
Claimed by the Alphas: Part Four by Viola Rivard
Love, Rosie by Cecelia Ahern
Glaciers by Alexis Smith
Leaving Paradise by Simone Elkeles
Emerald Green by Desiree Holt
Nim at Sea by Wendy Orr
Our partner