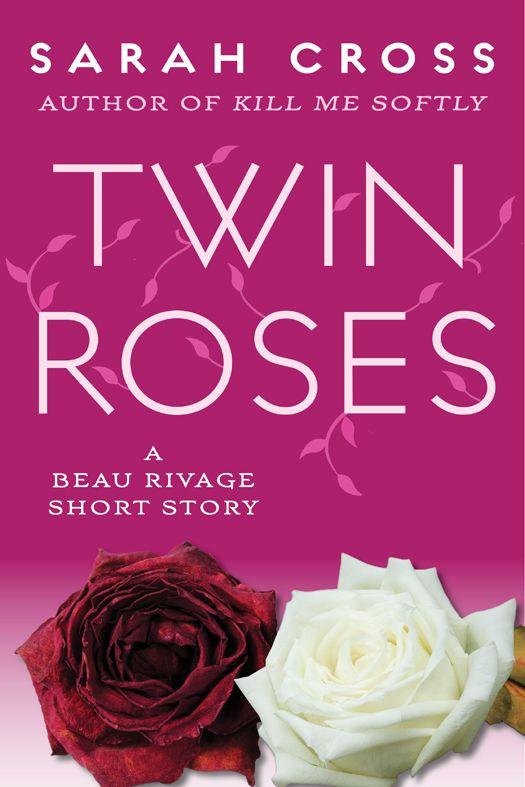 EGMONT
We bring stories to life

TWIN ROSES CAFÉ was known by its two signature rose trees: white roses bloomed to the left of the door, red roses to the right. Inside, the floor was painted cherry red; the walls were white with a mural of black roses, castles, and crowned bears in silhouette. Vanilla cupcakes went on one side of the pastry case, red velvet on the other. There were crown-shaped sugar cookies, white chocolate and cranberry scones, lattes topped with foam roses.

When you did a fairy-tale theme in Beau Rivage, you did it all the way.

Ruby Ramble brewed coffee and chatted with customers while her twin sister, Pearl, mixed batter and shaped cookies in the kitchen. The sisters’ curse had inspired the theme for their mother’s café, and they were as much a part of the atmosphere as the decor. Ruby with her bright red lipstick, Pearl with
the dusting of flour on her braided hair and dark brown skin.

There was a hand-painted sign nailed to the counter:
Please don’t feed the bears
. The customers got a kick out of it—and it
was
a bad idea. Just because the occasional enchanted animal wandered through town didn’t mean every black bear deserved a cupcake. And on the wall behind Ruby was a poster that read:
My cupcakes bring all the bears to the yard
. Though it had been years since the bear prince had appeared in the Rambles’ yard, let alone anywhere else.

The café’s best seller was their Twin Roses cupcake—red velvet cake topped with vanilla buttercream and decorated with two marzipan roses. They were a nod to the twin roses Pearl and Ruby had on their lower backs: their märchen marks, the sign of the Snow White and Rose Red curse they shared. Pearl’s mark was composed of two white roses; Ruby’s double roses were a rich bloodred. They’d had the marks since they were six months old and, unlike some Cursed, they weren’t afraid of their shared destiny. They were fated to care for each other, to always be there for each other, to keep each other safe. Animals loved them and, thanks to a fairy’s gift, no harm would ever come to them.

They were more blessed than cursed.

“Do you remember when we were kids?” Pearl asked. She was in the kitchen after hours, putting away a fresh batch of marzipan roses while Ruby swept the floor out front.

“Are you asking because you think I have amnesia?” Ruby called.

“No. I was just thinking. Remembering our friend.”

Our friend
was the way they referred to the prince: the little black bear who had knocked on their door one winter night when the sisters were eight years old, and asked to come in. He hadn’t been in danger of freezing—it rarely got cold in Beau Rivage—but he was hungry and lonely.

Mrs. Ramble had invited the poor cub inside, and the sisters fed him blackberry jam and raw honey from a jar. Pearl brushed the dead leaves from his fur while Ruby picked off the brambles, and then the two girls piled on top of him like he was a giant pillow, and all three watched cartoons together. That night the bear slept on the rug in front of the TV, the all-night cartoon channel keeping him company, and in the morning Pearl and Ruby fed him cinnamon toast, bacon, and waffles with honey. Some nights the bear prince made a weeping sound, and Pearl and Ruby would creep down the stairs and pat him and feed him Pop-Tarts until he seemed cheerful again.

The bear came almost every night that winter, the next winter, and the next. The winter of their eleventh year, the girls expected him; they’d stockpiled his favorite foods and made a bed of pillows for him on the carpet. But the bear prince never returned. Not that year or any year after. When the sisters were fourteen, Pearl had spotted a black bear rooting through their neighbor’s trash, and Ruby ran up to it and cried, “Where have you been?” But the bear—whoever it was—had fled.

“I remember everything from back then,” Ruby said, her voice softening. The sisters talked about the bear prince from time to time, but always carefully. They didn’t speculate about where he was or what had happened to make him go away.
Both girls knew without saying it that a prince who looked like a bear was as vulnerable to a hunter’s bullet as any other animal.

“Remember when we used to kick him?” Pearl asked the question like she was horrified at herself—because she was.

Ruby laughed. “Yes. Why were we so mean? You especially. You’re the sweet one.”

“I don’t know. But I was rolling out dough before, and it made me think of it. How we’d lie on our backs and pummel him with our feet. He seemed so chubby and invulnerable … like we couldn’t be doing more than tickling him. But he was small for a bear. Not much older than we were.”

I wonder where he is now
, Pearl thought.

“Remember what he used to ask us?” Ruby said. “Straight out of the fairy tale?”

They recited it together:

“Snow White, Rose Red, will you beat your lover dead?”

“She didn’t think it was appropriate for eight-year-olds to have a lover.”

“Well, it’s not.” Pearl laughed. “But I still thought of him as our boyfriend.”

“You’re lucky you didn’t keep a diary. It was hard to know how to write about a bear romantically. I think I just called him ‘the prince.’ ”

“What?” Pearl came out of the kitchen. “How would you know?”

“I used to read your diary.
Obviously
.”

“Don’t act surprised! Mom told us to share everything. And you didn’t hide the key very well.”

They were laughing—Pearl threatening to pelt her sister with sprinkles, Ruby protesting, “No, I’ll have to sweep up again!”—when there was a
tock
sound against the front window.

“I doubt it. Sounds like someone throwing a rock.”

“Wait for me,” Pearl said, undoing her apron. They’d been through plenty of sketchy situations and always came out okay, but she never let Ruby walk into trouble without her. Pearl worried that the fairy’s blessing—the magic that kept them safe—only worked when they were together.

They’d flipped the
Closed
sign and locked up an hour ago, but occasionally people saw the lights on and tried to get in for a late-night coffee. Ruby unlocked the door and stepped out onto the street; Pearl followed immediately after. The rose trees’ fragrance was strong in the sultry night air.

At first they didn’t see anyone, but then Ruby motioned to a spindly man bent almost double near the bike rack, where the girls’ bikes were stowed. The man was twisting around, tugging at something—a scarf?—that had tangled around Pearl’s bike chain and trapped him.

“What are you doing?” Ruby called out. She held her broom like a weapon.

“What does it look like I’m doing?” the man shouted. “I’m trying to get free!”

As he turned to scowl at them, Pearl realized just
what
was stuck: not a scarf but his beard. A long white beard stretched between his chin and the bike chain like a ratty piece of wool.

“Don’t get feisty,” Ruby told him. “We’ll help you. But how did you manage to get your beard caught?”

“I was
trying
to free my bike from this contraption, and the light is so poor outside this idiotic shop—”

“Are those hedge clippers?” Pearl asked. She saw them now that she was closer: an open pair of hedge clippers lying on the ground next to him. “Were you trying to steal my bike?”

“How should I know whose bike it is?” the man screeched. “This street isn’t well lit and I feel very unsafe! Why are you harassing me? Get my beard out of this godforsaken chain!”

“I’m not even going to touch that logic,” Ruby said. “But I’ll free you just to get you away from our café.”

Ruby picked up the hedge clippers and used them to snip off the end of the man’s beard—the portion that was caught in the chain. He howled like they’d murdered his whole family.

“You harlots! You’ve vandalized my glorious beard! What kind of monster cuts off a man’s beard when a simple untangling will do?”

“Next time you try to steal someone’s bike,” Ruby told him, “tuck your beard inside your shirt. You leave it hanging out like that, I can’t be held responsible for what happens to it.”

The man snatched up a plastic shopping bag that had been hidden behind the bike rack. As he did, a few pearls rolled out.
Then he ran, gasping for breath as if he were being chased—and disappeared down the first alley he came to.

“Ick, now there’s beard stuck in my bike chain.” Pearl picked up the fallen pearls and held them out to her sister. “Think he stole these?”

Pearl sketched the bearded man’s portrait and wrote,
Are you missing a large quantity of loose pearls? The thief looks like this
, and Ruby tacked the picture to the café’s bulletin board, where people seeking odd jobs or lost dogs posted flyers. The sisters weren’t surprised to have met the ungrateful bearded man—it was part of their curse. They’d probably meet and save him again. The real question was not
Would it happen?
but
When?

And would their curse end the way the fairy tale did?

In the story, after the sisters saved the ungrateful dwarf a third time, their bear friend appeared and struck the dwarf, killing him. Then the bear’s furry hide dropped from his body to reveal the shining figure of a prince. Enchantment: broken.

Did meeting the bearded man mean their old friend would return?

Not every curse went according to the fairy tale. Not every “happily ever after” came to pass. Ruby and Pearl’s safety was built into their curse, but the bear prince had no such assurances.

For the first time in a long while, Ruby was distracted at work. More than one customer had to tap the counter or call her name to get her attention. She tried to make up for it with bigger smiles and extra whipped cream, but she kept gazing
out the window, waiting for a black bear to appear on the other side of the glass.

Never Trust a Rogue by Olivia Drake
The Witch of Cologne by Tobsha Learner
The Better Baby Book by Lana Asprey, David Asprey
RUSH (A Stone Kings Motorcycle Club Romance) by Daphne Loveling
Mother's Story by Amanda Prowse
The Tangling of the Web by Millie Gray
The King of Fear: A Garrett Reilly Thriller by Drew Chapman
The Men of Pride County: The Rebel by West, Rosalyn
2nd Earth: Shortfall by Edward Vought
The Sparrow (The Returned) by Jason Mott
Our partner