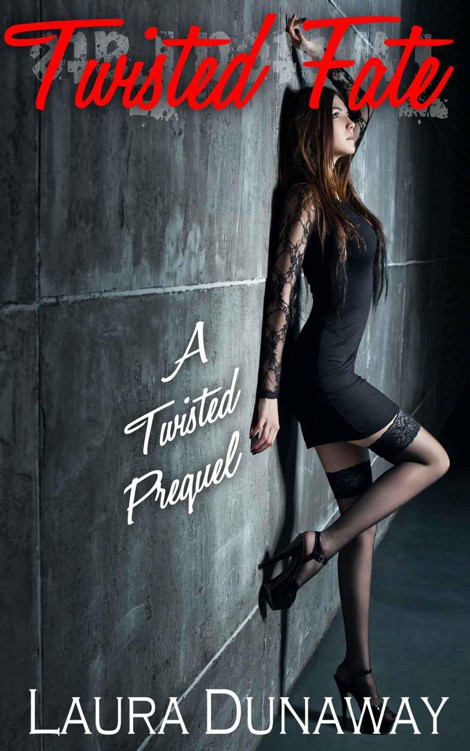 This book is dedicated to my amazing PA, Shannon Passmore, better known as Shanoff Reads. Words cannot express my gratitude for all you do.

No part of this book may be reproduced in any form or by electronic or mechanical means including information storage and retrieval system, without the express written permission of the author. The only exception is by a reviewer who may quote short excerpts for review purposes only.

This book is a work of fiction. Names, characters, places, and incidents either are products of the author’s imagination or are used fictitiously. Any resemblance to actual events, locales or persons, living or dead, is entirely coincidental.

This book is licensed for your personal enjoyment only. This book may not be re-sold or given away to other people. If you are reading this book and did not purchase it, or it was not purchased for your use only, then you should return it to the seller and purchase your own copy. Thank you for respecting the author’s work.

Roman wants to see you, now.

The text came from Rico, Roman’s right-hand man. I squeezed the phone tight in my hand, hating that it was Rico summoning me, not Roman himself. Releasing my grip on it, I stuffed the phone into my jeans pocket and headed to his cabin.

I rapped my knuckles on his door three times. Hearing a muffled, “Come in,” I twisted the knob and stepped inside, shutting the door behind me. The room was dark, save for a lit candle on his desk. Opera music was playing in the background, making me cringe. As I walked in, I could see his shadow moving to the music, his arm going side to side, as if directing the vocalists.

“You wanted to see me, sir?” I asked loudly so he’d hear me over the god-awful music.

He slowly turned around, his head still moving side to side, his hand still directing his invisible orchestra. “Tag, yes,” he said, finally turning the music down to a decent level. “I have a job for you; it’s by far the most important one I’ve given you yet.”

My ears perked up hearing this, and my heartbeat accelerated. Finally, Roman was recognizing all of my hard work and assigning me a huge job. I hid my excitement, only nodding my head once. “What is it?”

Roman pulled out the enormous chair behind his desk and sat down, steepling his fingers together over the desk. Since he didn’t invite me to sit, I stayed standing. He opened a drawer and pulled out a small maroon box, setting it on his vast mahogany desk. Opening the lid, he pulled out a Cuban cigar, lighting it quickly. Wrapping his thin lips around it, he took a few short puffs, his lips smacking against the cigar as he did. A minute later, he returned the box to the drawer and finally looked at me.

“We will have a new guest soon, but she won’t be happy about being here. I’ve decided you are the best man to not only lead the team acquiring her, but to also watch over her while she’s here, to make sure she doesn’t do anything, how shall I put this…out of line.”

It was like the sound of brakes screeching went off in my head. Kidnapping? Watching over her? What the hell? “How old is this girl?” was all I asked.

Roman took another puff of his cigar, dropping some ash into his ashtray. His hand started to direct the music again, and suddenly all I wanted to do was drag him out of that oversized chair and demand he tell me. Instead, I waited.

“She’s not a child, Tag,” he said with a chuckle when he finally diverted his attention back to me. “She’s twenty-one, not that her age should matter to you. This is a job, and I expect you to carry it out to the best of your ability.”

Damn. In all my years working for this bastard, he’d never once had me kidnap a woman. The idea was repulsive to me. What the hell was he thinking?

My expression immediately went blank. I had mastered the art of hiding my true feelings with my job. The smallest mistake could mean my death.

“The one and only,” Roman replied, his eyes shining like a hunter out for his next kill.

Keeping my cool, I couldn’t resist asking him a question. “With all due respect, sir, is kidnapping the way to go?”

Roman’s eyes turned to slits, and it was obvious he wasn’t happy with my question. It wasn’t often one of his men questioned his motives, but this was a job I felt he should avoid. I refused to back down and take it back.

He stared at me as he took another puff, trying to intimidate me. It didn’t work. I knew not to question him more, but he wasn’t going to make me cower. “When do we
acquire
her?”

The smile that came over his face was pure evil. “That’s better. She’s ours tomorrow night.”

Tomorrow night? He had to be shitting me.

He chuckled, his hand beginning to direct the orchestra in his head again. “I see the surprise in your eyes. I know it’s quick and I didn’t give you much notice, but you can handle it. There’s really not much to it. She’ll be going to The Orchid to celebrate her best friend’s birthday. I’ve already talked to Derek; he’ll be the one on the inside. He’ll come on to her, make her think he wants her. Once he’s plied her with drinks and has her begging for it, he’ll take her outside. That’s where you come in.”

My head was spinning. Shit—he was such an asshole. Resigning myself to this screwed up task, I asked carefully, “What do you need me to do?”

He tilted his head to the side, studying me. “I expect you to be the one to shove the syringe in her neck and toss her in the trunk of the car, then bring her on board my yacht. As soon as she’s here, we set sail for the islands, and you’re in charge of her. No one besides those on the team is to know she’s here—no one touches her, do you understand me?”

I nodded, resisting the urge to roll my eyes at his dramatics. “I do.”

“Good. Do you have any more questions?”

I had a million, but none I could voice. “None other than I assume you will email me any important details?”

His eyes crinkled as he shot me another evil grin and nodded. “I already have.”

Of course he had.

“Okay, I’ll start preparing. Do you need anything else?”

He turned the volume back up, shaking his head in dismissal. I turned and walked out the door to my cabin with a few thoughts running around in my head.

Watch over her? Be a babysitter? That’s what he’s seriously telling me to do. He wants me to kidnap her, then watch over her. No way. This was a damn joke. I had to put a stop to this ridiculous idea. The question was, how the hell was I going to?

The substitute instructor of my swimwear course in fashion was putting me to sleep. His voice was the worst monotone I’d ever heard, and the fact he was teaching on swimwear was a joke in itself. He was dressed in a brown tweed jacket and was wearing penny loafers. Was he serious?

When the time for class to end finally came, I couldn’t pack up my bag fast enough.

I needed to get the hell outta there. His nasally, sleep-inducing voice was making me crazy.

Thank goodness it was Thursday. One more day until Kimberly’s twenty-first birthday celebration, and no more of that boring class until next week. I was about ready to lose my mind and needed the break Kimberly’s birthday would provide.

I was happy she chose to go to The Orchid. It was always a blast and definitely the place to be on a Friday night. But really, Kimberly
was
the life of the party wherever she went, so there was no need to worry about not having some fun.

“Oh good hell, can you believe that instructor?” my friend Trish huffed in agitation as she suddenly appeared by my side. “He was putting me to sleep!”

I laughed as we walked across the lush green grass to our cars. “Girl, I know. I was about ready to scream.”

She laughed too as we reached the edge of the parking lot. Turning to face me, she brushed her long, wavy blonde hair behind her ear. “So what time is Kimberly’s party tomorrow night?”

I put my hand up to shield my eyes from the brightness of the sun. “Seven-thirty. I can’t wait—it’s going to be amazing.”

Trish adjusted her bag over her shoulder as we continued walking to our cars. “Knowing Kimberly, it’s going to be insane.”

I tilted my head to the side. “That’s an understatement. She’s definitely going all out. I have no doubt she’s going to get crazy on us.”

Trish laughed again. “Oh, she will. I just met her through you a few months ago and already know more about the girl than most do. She’s definitely not shy to share her experiences.”

I smiled at that, because she was exactly right. Kimberly was very open about her sex life. Too open. I’d tried to tell her that so many times but had given up because she just didn’t care. If someone didn’t want to hear about it, they could leave, was her argument.

We reached my car and I tossed my stuff onto the passenger seat, then turned to face her. “I’m so glad you’re coming tomorrow. She’s invited a lot of people from her sorority, which will make it even crazier.”

Trish rolled her eyes and shifted her feet. “Do you realize how lame her sorority is?”

I nodded. “Trust me, yes. Out of all the ones she had the option of joining, I have no idea why she chose the one she did.”