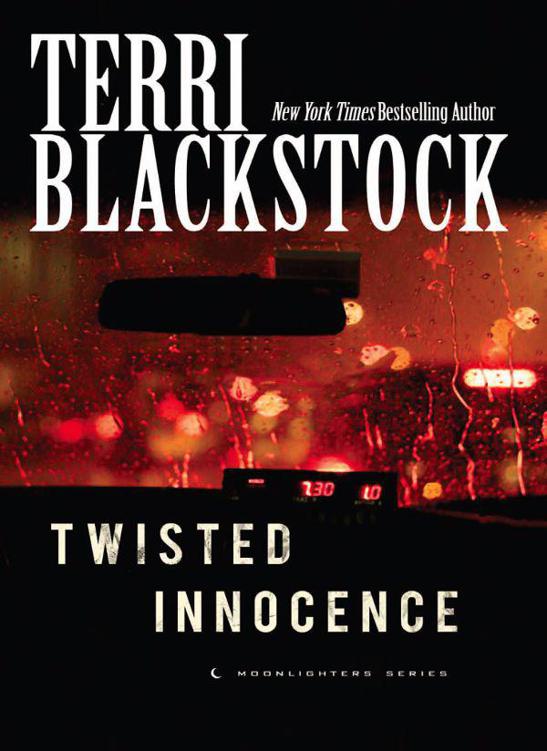 The Heart Reader of Franklin High

Requests for information should be addressed to:
Zondervan,
Grand Rapids, Michigan 49546

H
olly Cramer pulled to the curb of the condemned apartment building, her yellow taxi grinding gears and threatening to die. Though the sun hung bright overhead, the street was colorless, oppressive, with moldy, rotting houses and garbage festering in yards. Men loitered on the road up ahead in front of another boarded house. She shouldn’t have accepted this fare, but the customer had called her cell phone personally instead of going through the agency. She must be a repeat customer.

Holly tapped her horn and looked out her passenger window. The house showed no sign of life, but it wasn’t the wrong place. The girl had clearly said it was the green house on the corner of Burke and Darby. Holly checked her phone for the caller’s number and called her back.

It went straight to voice mail.

Holly sighed. Maybe this was a prank, some kid trying
to yank her chain just to see if she’d come. She had done that enough herself as a kid. Back when she was still Panama City’s party girl, she’d done things under the influence that had been even more childish, like calling a guy fourteen times when she knew he was with his girlfriend, just to create trouble in paradise. She and her friends would giggle hysterically at the fight they imagined ensued, but the next day, as she nursed the punishment of a hangover, she would hate herself for it.

Not ready to give up on this fare just yet, Holly honked the horn again. The men up the street turned to look at her. Getting nervous, she reached into the pocket of her door, but of course her pistol wasn’t there. It was against the law for a cabbie to carry a firearm inside the car while they were on duty. It was locked safely in her trunk.

She thought of bucking the law and getting it out, but that would call more attention to her. This was stupid. She was a mother now, and the last place she should have been was in the slums, waiting for someone to blow her head off just for target practice.

But what if the woman who’d called wasn’t a kid at all, but someone stranded here who desperately needed a ride?

The loiterers up ahead were showing too much interest in her, and two swaggered toward her.
That’s it. I’m outa here.
She shifted into drive.

Holly pressed a foot on the brake and looked back, saw a man and woman coming out from behind the abandoned house. They were both skin and bones, and as they hurried closer, she noted their rotting teeth and the sores on their faces. Meth addicts, no doubt. She hoped they had cash.

“I almost left you,” she said as the wispy girl slid into the back.

“We came when we heard you.” The girl had an irritating smoke-scarred voice.

The guy opened the front door and thunked into her passenger seat. “I’d rather you sat in back,” Holly said, moving her money bag and purse to the center console.

“Stevie has a phobia,” the girl added, as though that explained it. Holly decided it wasn’t worth fighting.

Body odor filled the cab, along with the acrid smell of their habits. Breathing through her mouth, Holly set her meter. “Where to?”

“How much to take us downtown?” Stevie asked as Holly pulled away from the curb, past the dealers.

Holly sighed. She hated nonspecific destinations. “Probably about ten bucks, give or take. Depends on traffic and whether I have to take detours, and where I drop you off.”

“Okay, whatever. Just get us out of here.”

That didn’t sound promising. The man jittered as she turned off the street. “Have I driven you before?” she asked, glancing at the girl in her rearview mirror. “You didn’t call through the agency.”

“Yeah, you drove me once. Few months ago, you picked me up when my boyfriend ditched me. I still had your card in my purse. Not too many chicks driving cabs.”

Yes, she recognized the girl who had run out in front of her cab when Holly was following a subject. She’d had no choice but to give her a ride. The girl had deteriorated since then. Her habit was slowly eating away at her.

Holly didn’t try to figure out why they’d wanted a woman driver. Tweekers were always paranoid, so maybe they considered a woman to be safer. Relieved to be out of that neighborhood, she breathed easier and pulled onto a road where businesses had long ago closed. She would be glad when she got back onto more populated streets.

Just as Holly’s sense of security returned, Stevie slid up his dirty T-shirt and took hold of something in his waistband. She gasped as he pulled out a .38 revolver, cocked it, and pointed it at her.

“Are you kidding me?” She swerved and almost ran off the road. “What are you doing?”

“Keep both hands on the steering wheel and pull over!” He jabbed at her temple. “Do it!”

That would make as much sense as driving off a bridge. Pulling over would ensure that they stole her car and killed her, leaving Lily to grow up without her mother. Holly slowed and pretended to pull over, then stomped the accelerator, swerving hard to make the man lose his balance as she tried to knock the gun from his hand. Shrieking, the girl leaned forward and threw a belt over Holly’s throat, threatening to choke her. “He said pull over!”

The girl loosened the belt, leaving it around Holly’s neck, and the man steadied his aim. Holly deliberately ran off the road, then swerved sharply back onto the asphalt. This time she knocked the gun from his hand. He groped for it on the floorboard, found it, then swung it up into her face, its metal splitting her lip.

Marital Bitch by J.C. Emery
Isabella's Last Request by Laura Lawrence
Devil Moon by David Thompson
American Girl On Saturn by Nikki Godwin
Snow by Asha King
The Roar of the Crowd by Rich Wallace
Desires of a Baron by Gordon, Rose
Broken Wings (A Romantic Suspense) by Graham, Abigail
Hot Summer Bites: A Castle of Dark Dreams Novella (A Penguin Special from Berkley Sensation) by Bangs, Nina
Liberty 1784: The Second War for Independence by Robert Conroy
Our partner