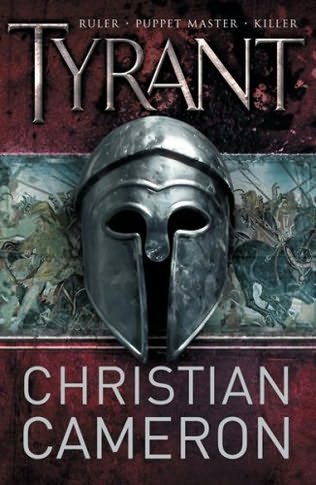 Table of Contents
Title Page
Copyright Page
Dedication
GLOSSARY
PART I - THE SHIELD OF ACHILLES
Chapter 1
Chapter 2
Chapter 3
Chapter 4
Chapter 5
Chapter 6
PART II - LOTUS AND PARSLEY
Chapter 7
Chapter 8
Chapter 9
Chapter 10
Chapter 11
PART III - THE TASTE OF BRONZE
Chapter 12
Chapter 13
Chapter 14
Chapter 15
Chapter 16
PART IV - THE BATTLE HAZE
Chapter 17
Chapter 18
Chapter 19
Chapter 20
Chapter 21
Chapter 22
Chapter 23
And darkness took him.
AUTHOR’S NOTE
Acknowledgements
ABOUT THE AUTHOR
Teaser chapter
Nicomedes leaned forward. ‘What are the odds?’ he asked.
Kineas gave the man a thin smile. ‘Ask me tomorrow. Ask me after I lay eyes on his vanguard. Right now, we’re all starting at shadows. My stomach is flipping like a flute girl in the last hour of a symposium, and every time I glance at the rising moon I think of ten more things I ought to have done.’ He hoped it was the time for such frankness. ‘If Zopryon will cooperate by coming here and camping across the river and offering the battle we’ve prepared for all summer - then, with the aid of the gods, I would say we were worth a sizeable bet.’ He shrugged, thinking again that the Great Bend was
not
the site of his dream battle.
Eumenes’ eyes brimmed with pain and hero worship. ‘You will beat them,’ he said.
‘From your lips to the ears of the gods,’ Kineas replied, flinching from Eumenes’ obvious passion. He poured wine from his cup as a libation, and his hand shook, and the wine flowed over his hand like dark blood.
Christian Cameron is a writer and military historian. He is a veteran of the United States Navy, where he served as both an aviator and an intelligence officer. He has written eight espionage novels with his father, Kenneth Cameron, and one historical novel on his own,
Washington and Caesar
. He is currently writing the second of the Kineas novels at his home in Toronto, while working on a PhD in Classics. Visit his website at
www.hippeis.com
.

Venus in Pearls by John Maddox Roberts
Star Force: Bloodlust (SF54) by Jyr, Aer-ki
The Survivor Chronicles: The Risen by Erica Stevens
Mermaid in a Bowl of Tears (Exit Unicorns Series) by Brandner, Cindy
In the Presence of My Enemies by Stephen A. Fender
Godless And Free by Pat Condell
Public Enemy by Bill Ayers
Fever Moon by Carolyn Haines
101 Soup, Salad & Sandwich Recipes by Gooseberry Patch
Still Life by Joy Fielding
Our partner