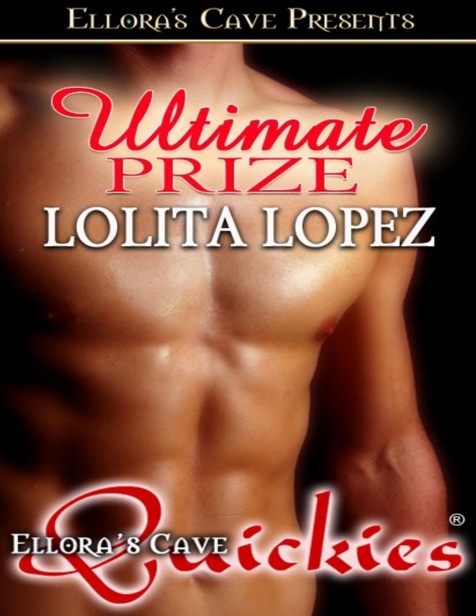 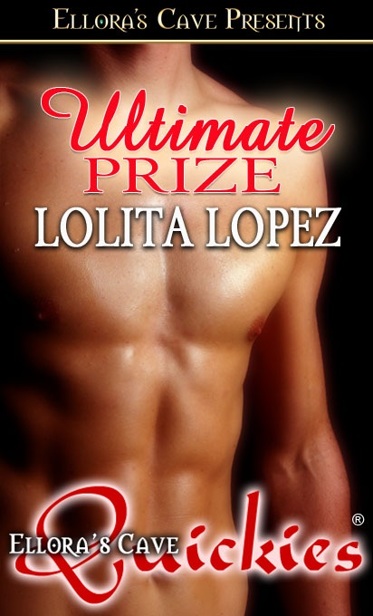 part by any means existing without written permission from the publisher, Ellora’s Cave Publishing, Inc.®

Warning: The unauthorized reproduction or distribution of this copyrighted work is illegal. No part of

this book may be scanned, uploaded or distributed via the Internet or any other means, electronic or print,

without the publisher’s permission. Criminal copyright infringement, including infringement without

monetary gain, is investigated by the FBI and is punishable by up to 5 years in federal prison and a fine of

$250,000. (http://www.fbi.gov/ipr/). Please purchase only authorized electronic or print editions and do not

participate in or encourage the electronic piracy of copyrighted material. Your support of the author’s rights

This book is a work of fiction and any resemblance to persons, living or dead, or places, events or

locales is purely coincidental. The characters are productions of the author’s imagination and used

mentioned in this work of fiction:

Bored beyond belief, Zel Tesla dragged his gaze away from the gyrating, whip-cracking dancer

entertaining the room. Heady cigar smoke melded with the faint aromas of aged rums and cognacs in the

and hangers-on packed the darkened space.

Mace McCoy, his soon-to-be opponent, relaxed in his chair and sipped his beer. Stocky and heavily

muscled, Mace had always reminded Zel of a bulldog. He even had the pronounced lower jaw and

underbite. Their eyes met briefly across the darkness. Even in the friendly atmosphere of the get-together,

the spark of aggressiveness and competition reared its head. For the first time in quite a while, Zel was

actually looking forward to a fight. Worthy opponents were few and far between.

Zel’s gaze returned to the performer on the low dais at the front of the room. Dressed like a Gothic

seductively and swung her whip. Brittle streaks of red wax clung to her perky breasts.

While her show appeared to enthrall the rest of the room, it did very little for Zel. She brought visions

of flogging and boot-licking to his mind, neither of which he found particularly sexy. Luckily the two

previous performers had appealed to him. For the most part, so far Troupe Eros, an infamous touring

group of exotic dancers and burlesques, impressed him. For once the upper management of Lazzo

Promotions, the parent company that promoted and profited from a trio of mixed martial arts leagues, had

chosen a worthy entertainment for their mixer prior to the Caged World Championships.

The curtain fell as the Gothic pixie’s dance ended. Hip-hop music filtered through the sound system,

masking the sounds of the stage being struck and reset. Scantily clad waitresses roamed the room, offering

alcoholic beverages and cigars. Zel dismissed a waitress by lifting his glass of ice water. Smiling

glossy program resting on his lap and thumbed through the pages.

Before he could find the right page, the lights dimmed and a soft, pulsing Latin beat began playing. The

curtain lifted to reveal a bathroom and dressing area reminiscent of the art deco heydays of Miami. Black-

and-white-checkered floor and subway tiles lent an air of realism to the set. A white clawfoot tub sat

downstage, a black lacquered vanity and tufted chartreuse bench just to its right. An armoire stuffed with

bright silks and satins and a dresser overflowing with lingerie rounded out the furniture props. A bottle of

woman strutted onto the stage, her ample hips swiveling side to side in perfect rhythm with her music.

The sight of the voluptuous beauty paralyzed Zel—he couldn’t even lift his hands to clap.

When the stage lights fully illuminated her face, he recognized her as the sultry, curvaceous goddess

gracing the billboard near his training center. In that photograph, her shiny black hair splayed wildly about

her head as she reclined against a mound of pink pillows, her luscious figure barely covered in upscale

sensually danced toward the front of the stage, her gloved hands swished the diagonal ruffles of her lime

green chiffon skirt. Because the skirt split at the top of her thighs, every swish provided the crowd with a

the tip of a pink satin elbow-length glove. Twirling it overhead, she gave a hip-swiveling spin and tossed

the glove into the crowd. She did the same with the other glove, spinning in the opposite direction this time.

closed. As she danced in a circle, the dress fell to the floor. She sent it stage left with a playful kick. A pink

satin cincher trimmed her thick waist, and a black bra adorned with pink beads and sequins enhanced her

Enthralled by her plump hourglass figure, Zel watched her sashay across the stage, her movements

punctuated by the brassy trumpet notes. She made a show of pouring a tequila shot, licking the inside of

her left wrist and applying salt. With a devilish smile, she swiped her tongue across the salt and kicked back

As she sucked the lime juice from the green wedge clamped between her lips, Chula poured another

shot. She placed the shot in the tight valley between her heaving breasts. Ass wiggling, Chula squeezed a

fresh lime on the tan crest of her left breast. She sprinkled salt over the wet juice. A second lime wedge was

tucked between the cup of her bra and her right breast.

Zel anxiously devoured her buxom figure as she slowly danced her way down the steps of the dais.

When she reached the small bare patch of floor in front of the seated crowd, her eyes scanned the room.

As if hearing his silent plea, Chula moved in his direction. Zel’s stomach dropped as she stopped in

front of him and winked. She gestured for him to take the shot. Throat dry and fingers trembling, Zel sat

forward in his seat. His pulse clamored so loudly against his eardrums it drowned out the sound of music

and the hooting crowd.

When he swiped his flattened tongue along the salted curve of her breast, their gazes locked, his cobalt

eyes clashing against her chocolate orbs. Savoring the salty lime flavor, he buried his nose between her soft

cleavage and wrapped his lips and teeth around the shot glass. Tilting his head back, he swallowed the

burning liquid and removed the glass from his mouth. Glass in hand, he plucked the lime from her bra with

his lips and squashed it between his teeth. Citrus juice trickled down his chin, and Chula, ever the

temptress, trailed a fingertip along his wet skin and brought it to her mouth, sucking the juice from her

Smirking sexily, Chula danced back onto the stage. Hips rocking, she squatted and gave the crowd a full

view of her frilly panties. Her nimble fingers unhooked the pink cincher. Swaying side to side, Chula stood

and opened the cincher, revealing a pink diamond heart dangling from a navel piercing. She flung the

cincher overhead and strutted to the vanity, her black pumps elongating her strides and tightening her

Sitting on the tufted bench, Chula crossed and uncrossed her legs. Zel’s heart raced with each glimpse

of her inner thighs. Chula kicked off her shoes and removed the silver clasp holding her low chignon. With

a wild shake, waves of black hair tumbled down her back. She unsnapped her garters and pulled the black

stocking from her right leg, bending her knee until her heel touched her thigh. She tossed the stocking into

the crowd and the men fought over it.

Using the second stocking as a prop, Chula salsaed down to the crowd again, stretching her supple

brown legs as she bobbed. She held the stocking tight against her chest and approached Pete Lazzo, the man

who’d arranged tonight’s entertainment. For a man who worked with some of the most physically fit

athletes in the world, Pete obviously hadn’t picked up any of their habits. He was a big bear of a man. His

belly paunch sagged against his tailored shirt and overlapped the top of his pants. As always, he clamped a

cigar between his teeth. As Chula approached, Pete snatched the unlit cigar from his mouth.

Quite the saucy minx, she looped her stocking around Pete’s neck and used it to pull him close. Pete’s