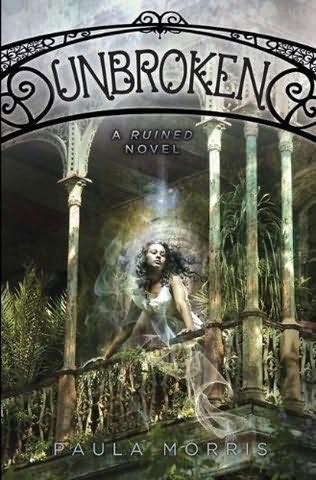 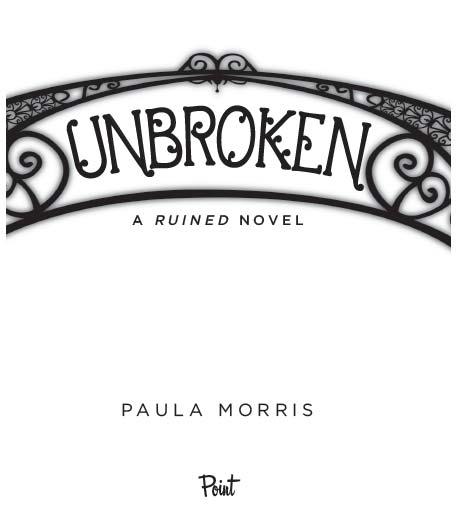 N
ew Orleans, March 1873. The Civil War is over, but the spirit of the city has been broken. New Orleans is dirty and disease-ridden, a place of political and racial violence, looting, and unsolved murders. The city is on edge, ready to explode.

The docks are still busy, loading and unloading heavy cargoes of cotton, sugar, and coffee every day. The river is crowded with steamers, its levee piled high with cotton bales. When the wind blows, pinches of cotton drift through the air like snow.

New arrivals flock to the city, hoping to make their fortune. Many end up starving and poverty-stricken. Many succumb to yellow fever, the mysterious and feared disease ravaging the city. Some are robbed — or worse — in one of the many dark alleys or hidden courtyards of the old town.

One damp spring day, as a misty evening begins to settle on the city, a teenage boy hurries away from the dock. He wends his way through the streets of the Quarter, speaking to nobody. His face is pale and sunken; his trousers — ragged at the hems — are flecked with cotton dust. More than one of the city’s legions of pickpockets notice the way he pats his jacket every few steps.
With every nervous pat, he gives himself away: They can tell that he’s carrying something precious, something unfamiliar in his pocket. Perhaps it’s money; perhaps it’s something valuable he can sell or trade. Perhaps it’s something he’s stolen himself.

He crosses the broad, muddy expanse of Rampart Street, dodging carts and carriages, soldiers on horseback, washer-women balancing bundles of laundry on their heads. A dark-haired, burly man follows him, taking care to keep up.

On the far side of Rampart, they both disappear into Tremé, the old neighborhood built decades earlier for New Orleans’s free people of color. They’ll both end up in a small house on St. Philip Street, fighting over the tiny piece of hidden treasure in the boy’s pocket.

Neither will make it out alive.

T
he first time she saw the boy with blue eyes staring at her, Rebecca didn’t think much of it. This was New York. The city was full of boys with big attitudes and no manners.

Rebecca was waiting for her best friend, Ling, at the Fulton Street Fish Market. She’d just plodded through thirty endless minutes of a piano lesson. Rebecca hadn’t practiced enough this week, she knew, and her fingers had felt cold and leaden.

“Uninspiring,” her teacher had said, handing Rebecca the sheets of music at the end of the lesson. “I hope to see some improvement next week. Otherwise you’re just wasting my time and yours.”

Now Rebecca was wasting even more time, standing around like a lost tourist just so she and Ling could go eat what Ling called “yummy chowder in a bowl made of bread” at some nearby restaurant. Rebecca lingered near a big sign that described the fish market and docks back in the nineteenth
century. She wished the wind weren’t so icy and willed Ling to hurry up.

Rebecca wasn’t sure how long the boy with blue eyes had been standing there — just a few feet away, leaning against a cast-iron lamppost. But once she realized he was staring, Rebecca felt incredibly self-conscious. His eyes seemed to bore into her in the most brazen way.

She tried staring back at him, to shame him into looking away, but that didn’t work. When she caught his eye, the boy just smiled. He was good-looking, she thought, in a gaunt, emo-ish way, and his eyes were as intensely blue as the East River on a sunny day. But Rebecca had no intention of getting into a conversation with some random stranger.

He’d probably come there trying to scam tourists, or maybe he was planning on asking her for money. He didn’t look any older than seventeen or eighteen. In his scruffy dark jacket and trousers, he looked much more ragged and unwashed than the stockbroker types marching by en route to their waterfront lofts, ties flapping in the wind. There was something desperate about him, something pathetic, even as he continued to smile at her.

She was relieved to spot Ling clattering toward her across the cobblestones.

When she glanced back to look at the boy again, he’d disappeared.

“Did you see that guy who was standing over there?” she asked Ling. “He was staring his eyes out at me.”

“Was he cute?” Ling wanted to know. “If he’s cute, you can take it as a compliment.”

“And if he isn’t cute?” Rebecca linked her arm through Ling’s, shivering as the wind from the river cut through her thin jacket.

“Then he’s a freak or a pervert, of course!” Ling laughed.

Ling was short and athletic, her glossy black hair cut into a sharp bob, and her explosive laugh was infectious. Rebecca had been friends with her since elementary school, when Ling was the smallest girl in their second-grade class and Rebecca was tall and awkward, all sticking-out knees and elbows. These days they weren’t so freakishly different in height, but Rebecca’s long brown hair was as wayward and wavy as Ling’s was smooth and straight.

Ling wanted to be an architect, and Rebecca wasn’t sure at all about what she was going to do with her life — though clearly, becoming a concert pianist was not an option. She’d been thinking about studying art history in college, even though she was only taking the subject for the first time in school this year. Rebecca had always loved going to the Impressionist rooms at the Met, and listening to her father’s stories about the lives of the artists: wild Van Gogh in the sunflower-filled fields of Provence; Gauguin in barefoot exile in the South Pacific;
Degas, with his fading eyesight, sketching ballerinas in dusty Parisian rehearsal rooms. Ling didn’t share this fascination; she said Rebecca was just way too nosy about other people’s lives.

“This chowder in a bread bowl better be good,” Rebecca warned her friend now as they scuttled off together, buffeted by gusts of wind. “I’m freezing.”

“OK, OK — it’s just over there! We’ve walked past it a hundred times.”

They both went to Stuyvesant High School, way downtown. They knew this part of the city pretty well, though Rebecca had lived all her life in the same apartment on the Upper West Side, overlooking the trees of Central Park.

Well, she’d lived
practically
all her life in New York. This time last year Rebecca had been living in New Orleans with her aunt Claudia and cousin Aurelia, in their falling-down little house across the street from Lafayette Cemetery in the Garden District. She’d even attended school at the snooty Temple Mead Academy, where a girl named Helena Bowman and her clique ruled the roost. Rebecca hadn’t really made any friends at that school. But she had befriended someone she’d met at the cemetery: a girl named Lisette.

Who happened to be a ghost.

There was no way Rebecca could explain Lisette to her friends in New York, not even Ling. Who would believe her?
Who would believe the story about a terrible curse on girls in the Bowman family, because one of the Bowmans had murdered Lisette back in 1853? Who would believe that the curse could only come to an end when a seventh Bowman girl died on the eve of her seventeenth birthday?

Light This Candle (Harlequin More Than Words) by Dees, Cindy
Furee Born: The Dragon Mage Series Book IV by Lucille, Kelly
Staying Dead by Laura Anne Gilman
The Story Hour by Thrity Umrigar
Where You Are by Tammara Webber
A Modern Day Persuasion by Kaitlin Saunders
Breathe by Elena Dillon
Sin by Violetta Rand
House of Peine by Sarah-Kate Lynch
The Fight for Peace by Autumn M. Birt
Our partner