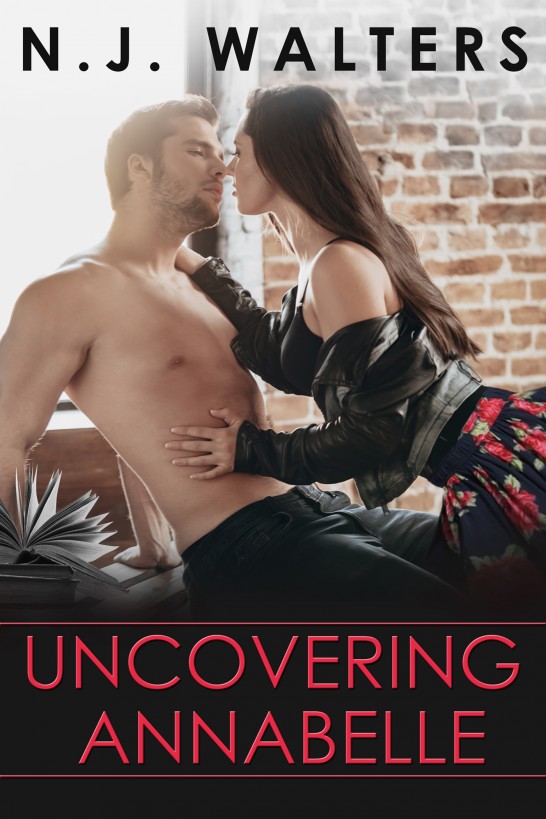 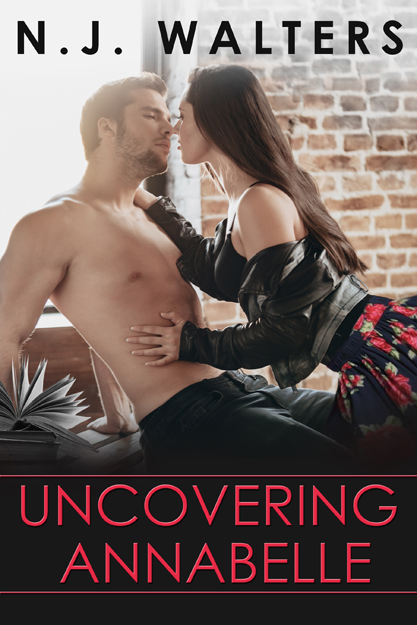 Mike has always yearned to get a peek behind
Annabelle’s demure nature, knowing there is far more there than she
shows. When he finally gets her alone, they unleash a passion
beyond any late-night fantasy. Limited only by their imaginations,
they set out to explore even their deepest desires, with Mike
hoping to win Annabelle’s heart in the process. 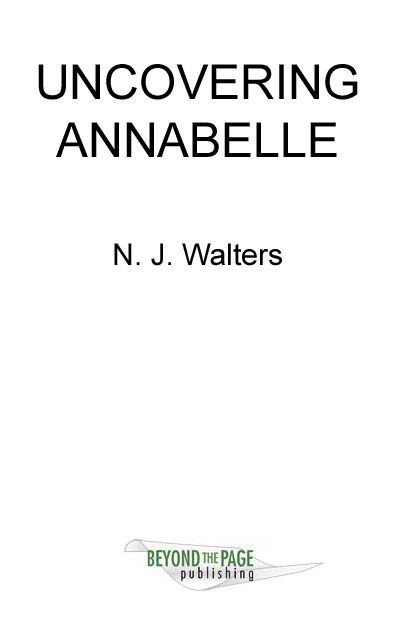 This is a fully revised and
updated edition of a book originally published as
Annabelle Lee.

Published by Beyond the Page at
Smashwords

All rights reserved under International and
Pan-American Copyright Conventions. By payment of required fees,
you have been granted the non-exclusive, non-transferable right to
access and read the text of this book. No part of this text may be
reproduced, transmitted, downloaded, decompiled, reverse
engineered, or stored in or introduced into any information storage
and retrieval system, in any form or by any means, whether
electronic or mechanical, now known or hereinafter invented without
the express written permission of both the copyright holder and the
publisher.

This is a work of fiction. Names, characters,
places, and incidents either are the product of the author’s
imagination or are used fictitiously, and any resemblance to actual
persons, living or dead, business establishments, events or locales
is entirely coincidental. The publisher does not have any control
over and does not assume any responsibility for author or
third-party websites or their content.

The scanning, uploading, and distribution of
this book via the Internet or via any other means without the
permission of the publisher is illegal and punishable by law. Your
support of the author’s rights is appreciated.

“
I heard you were hot.” The voice was
male, deep, and husky.

Annabelle turned from where she’d been
organizing books in the reference section of the library. The
towering shelves filled with hardcover books created a tunnel-like
effect, insulating her from the rest of the library. She could see
a tall silhouette at the end of the darkened aisle. “You shouldn’t
be here. The library closed five minutes ago.” She used her
sternest librarian voice, the one that automatically scolded the
recipient for breaking library rules.

The shadow sauntered closer and coalesced
into the body of a man. And what a body! Clad in tight jeans and a
white tank shirt that emphasized the rippling muscles in his chest,
he was every woman’s fantasy, but especially hers. The blue
material of his jeans clung to his muscular thighs and accentuated
the bulge in the front. He was aroused and making no effort to hide
it.

“
What can I do for you?” Annabelle asked,
her voice prim and businesslike. A bead of sweat rolled down her
back and her nipples were now tight buds against the front of her
summer cotton sundress.

“
What do you want to do?” came the
tantalizing reply.

Annabelle eyed him up and down as she
sauntered a little closer. His was a strong face made harsh by the
desire stamped on it. His brown eyes scorched her with their
lustful gaze. Her fingers itched to reach around his neck and
release his long, rich brown hair from its leather thong. She
wanted to sift her fingers through it and rub her face in its
softness.

Annabelle stopped in front of him. “You
should be fined for breaking library rules.” She ran her finger up
and down the front of his tight shirt, tracing the muscles, feeling
them clench tighter at her touch.

“
What’s the penalty?” His voice was a
rough whisper in the quiet of the hushed library. His hands reached
to pull her toward him, but she stepped back.

“
No. No touching.” Annabelle tapped a
finger upon her lips, drawing his gaze to them. “That’s your
penalty.” She removed her wire-rimmed glasses, closed them
carefully and placed them on top of a thick reference book.

Taking her time, she reached behind her head
and, one at a time, pulled out the pins that confined her long,
dark brown hair in a bun. Her dress was drawn tight across her
breasts, and they grew heavy with desire as his lustful stare
lingered on them. When the last pin was removed, she laid them next
to her glasses and threaded her fingers through the long tresses,
letting them fall softly across her shoulders. She felt powerful
and sensual.

“
You can look, but you can’t touch.”
Casually, she slipped off her loafers and nudged them aside. He
stood as still as a statue before her. Every muscle tensed.
Waiting.

She padded toward him, her feet making no
sound on the carpet. She clasped one of his hands in hers, raised
it to her lips and placed a kiss in the center of his palm before
positioning it on the wood shelf to the right. Then she did the
same with the other hand and laid it on the opposite shelf on the
left. His hands were slightly rough, the hands of a man who made a
living with them. They were broad with long, thick fingers. Capable
hands. The thought of them on her body sent a shiver of desire
racing down her spine.

“
Don’t move,” she ordered as she backed
away. He was a large man, and with his arms spread he filled the
aisle. If possible, his gaze got even hotter, a mix of annoyance
and lust.

“
Annabelle.” His jaw clenched and his
voice was harsh. “I want you. Now.”

Annabelle gave him a sultry smile. “If you
pay the penalty, you can have me. I’ll make it worth your
while.”

She reached down and in one motion pulled
her dress over her head and let it slip to the floor. His nostrils
flared, and his fingers dug into the wood of the shelves, turning
his knuckles white. Annabelle laughed and stroked her
cotton-covered breasts with her own hands. As he watched her, she
drew her fingertips over her aroused nipples.

“
You can do that later. If you
behave.”

“
We can’t have that, can we?” Annabelle
reached behind and unhooked her bra. Bending over she allowed it to
fall down her arms and join her dress on the floor, all the while
giving him an unobstructed view of her full breasts.

“
God, you’re beautiful. Come here and let
me taste you,” he rasped. His body swayed, but his hands never
moved from the shelves. He licked his lips, as if anticipating a
feast. “You know you want to.”

“
Later,” she promised. Her heart was
pounding hard inside her chest. Her breasts heaved as she took a
deep breath, and a confident smile crossed her face. Before he
could say anything else to distract her from her purpose, she slid
her hands into the waistband of her white cotton panties. His gaze
followed her every move.

She slowly pushed them down her legs and
kicked them off. Naked and proud, she stood before him, her legs
slightly spread. She trailed her fingers up her torso until they
were under her breasts. She hesitated only for a second and then
cupped the mounds.

His breathing grew harsher and a muscle
flexed in his jaw. “Come here,” he coaxed. “I want to suck your
nipples until you come for me. You’ll love it. We both will.”

She swung her hips as she drifted the few
steps necessary to bring her right in front of him. She reached out
a hand and cupped the bulge in the front of his jeans. He groaned
and flexed his hips, rubbing his erection against her palm.

“
Take off your sneakers, but don’t move
your hands.” Annabelle watched as he toed off his footwear, his
smoldering eyes never leaving her face.

He sucked in a breath when her fingers
grazed his stomach as she undid the snap of his jeans. He released
it in a rush when she carefully lowered the zipper. She peeled both
jeans and underwear down his legs at the same time. “Kick them
away.”

He made quick work of that and was left
naked from the waist down for her perusal. His erection jutted out
in front of him, long and thick. Annabelle licked her lips. He
groaned when she went to her knees in front of him.

“
All this. Just for me.” That was the
only warning she gave him before she lowered her head and took his
penis into her mouth. She sucked on the tip, loving his musky
scent.

His hips jerked forward, pushing his shaft
deeper into her mouth. Annabelle trailed her fingers over his
testicles, subtly reminding him who was in charge. The heavy sac
tightened beneath her touch. She trailed her tongue around the head
of his shaft one final time before moving lower to lick and suck at
his balls.

He let out a groan of pure pleasure and then
his fingers were tangled in the mass of hair that hung down her
back, breaking the rules she’d set for their encounter. She no
longer cared. She held him in her hands as she licked at the length
of him. He was soft and hard all at the same time.