Read Under An English Moon Online

Under An English Moon 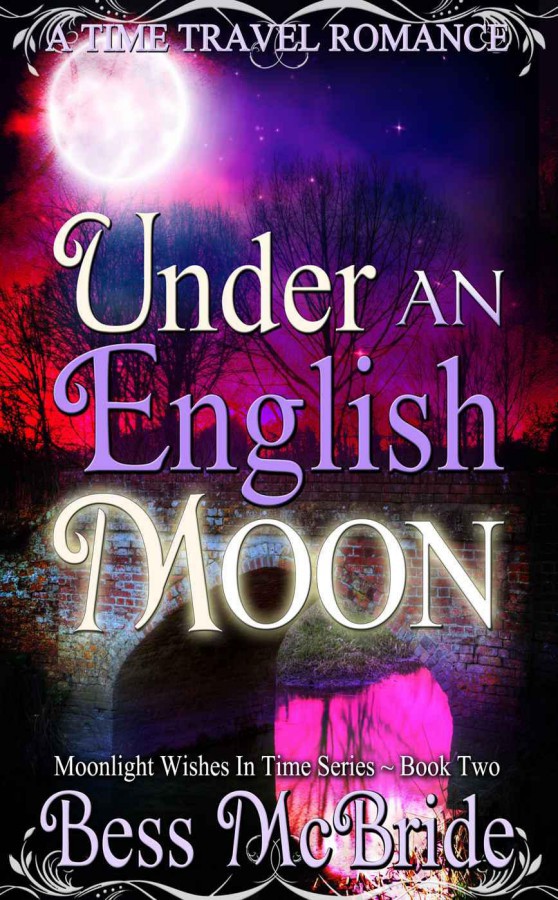 Under An English Moon

Lord Reginald Hamilton pines for a love of his own. The woman he fancied himself in love with has married another, and Reggie finds himself restless, at loose ends, and wondering where he will find his destiny. America? It seems as if everyone he knows has emigrated to America.

Phoebe Warner lives in New York City and works as a copy editor for Sinclair Publishing. A lover of the Georgian-era romance novels of I.C. Moon, she wishes for a Georgian man of her own.

UNDER AN ENGLISH MOON

Under an English Moon

This ebook is licensed for your personal enjoyment only. This ebook may not be re-sold or given away to other people. If you would like to share this book with another person, please purchase an additional copy for each person you share it with. If you are reading this book and did not purchase it, or it was not purchased for your use only, then you should return to Amazon.com and purchase your own copy. Thank you for respecting the author's work.

In
Under an English Moon
, we find Lord Reggie Hamilton from
Moonlight Wishes in Time
, all grown up in 1827, and looking for love. Mattie Crockwell has married William Sinclair, and Reggie is all alone with no one of his own to love. But where to find his destiny?
Under an English Moon
continues the story of Mattie and William and introduces Phoebe Warner, a young woman living in New York City who loves Georgian-era romance novels and wishes she had a Georgian man of her own.

Although I am American, I am an anglophile in that I love all things British and Irish. I love the lyrical language of Georgette Heyer’s and Jane Austen’s dialogue, and I enjoyed trying to incorporate some of the dialogue into my own story while keeping the book a little more “readable” for modern-day romance enthusiasts. My advance apologies to my British reader friends who will note that the majority of the story is written and spelled in “American English” though many of the characters are English.

I know that I, like some of my fellow time travel romance readers, have wondered: How can I find one of Jane Austen’s heroes for my own—a Georgian-era man complete with a firm moral code and impeccable manners with just a teeny bit of arrogance. If I did, could I really live with him?

Thank you for your support over the years, friends and readers. Because of your favorable comments, I continue to strive to write the best stories I can. More romances are on the way!

You know I always enjoy hearing from you, so please feel free to contact me at
[email protected]
, through my website at
www.BessMcBride.com
, or my blog
Will Travel for Romance
.

“Do not think to see me for some time,” Lord Reginald Hamilton threw over his shoulder as he stormed out the front door. He jumped astride his horse, startling it into a whinny, and he grabbed the reins from the groom’s hands.

“Have a care, Master Reggie. The moon is bright this night, but it is still dangerous to ride too hastily on these darkened roads.” The small, wiry groom spoke with the familiarity of a long-time servant, and Reggie took no offense.

Reggie nodded. “Thank you, Gerry. I will,” he ground out before turning his horse’s head toward the gates and urging him on. He jammed his top hat securely down on his head and leaned into Sebastian’s easy stride as they flew down the long drive of Hamilton Place. They reached the iron gates in ten minutes, and Reggie slowed his horse to a trot.

Gerry spoke true. It was too dangerous to rush the horse recklessly at night, especially onto the poorly maintained country roads. Even by the light of the moon, Reggie could see the deep ruts left by the spring rains several weeks before.

He looked up at the full moon—a luminescent white orb in the dark sky—and he felt the anger ebb from his body. It was as if the moon cast a soothing spell upon him. Reggie allowed Sebastian to slow even further, settling into a walk. His horse knew the road to the village well, having grown up on the estate and accompanying his master to the village on daily outings for exercise.

Reggie replayed the conversation in the library with his father.

“You cannot simply migrate to America, Reggie. It is unthinkable. I forbid it!”

“You
forbid
it? What right do you have to forbid me to do anything, sir? I am of age and means. I do not need your permission.” Reggie stood head to head with his tall father, irrelevantly surprised that he had at long last matched the large man in height.

His father blinked, seeming to realize the same thing.

“I forbid it because I am your father. If you leave, there will be no one to care for the estate.”

“You do not need anyone to help with the estate, Father. You have many years ahead of you. And in the event something untoward should happen in my absence, though I hope it will not, Samuel will manage.”

“Bah! Your brother is interested only in books of late. He will not be equal to the task of caring for our holdings.”

Reggie thought it more apt to say that Samuel might not
wish
to undertake the task of handling the estate. He
had
been buried in books for the past year, even to the point of declining to attend dinners and routs. Reggie and he had once been very close, almost inseparable, but of late they had seen little of each other.

“I am not going away forever, Father, but I
am
leaving.”

“Reggie, my son, what has come over you? Only last year, I boasted to Lady Hamilton that you were an accommodating young man of a pleasant disposition. Now I find you willful, intractable, and dogged. Has this change come about because you fancied yourself in love with Miss Matilda Crockwell? Are you leaving England because your sensibilities were hurt by a woman?”

Reggie stiffened and his cheeks heated. His father exaggerated the matter but had not fallen very far short of the mark.

“As you well know, Father, her name is Mrs. William Sinclair now. And no, of course I am not leaving England because she married.” Reggie narrowed his eyes and stared his father down. There was some truth to his father’s words, but Reggie had no intention of acknowledging it. Even to his mind, the idea of migrating to another country for unrequited love of a now-married woman seemed excessive. But he felt restless, and he needed to explore. Miss Crockwell, a mysterious beauty from America, had incited in him a heretofore unknown curiosity about the world outside of England.

Before meeting Miss Crockwell, he had never thought of himself as other than Lord Reginald Hamilton, not yet five and twenty, the eldest son of an earl, Lord Jonathan Hamilton. He assumed he would marry a local girl from a good family at the appropriate time, settle onto his family’s country estate with occasional visits to London, and take over management of the estate when his father passed away. He had wanted for nothing more, had expected nothing else.

And yet when copper-haired Matilda Crockwell, a distant cousin of the Sinclair’s, had arrived unexpectedly from America, he had fallen under her spell and found himself wondering about America. What other delights did it hold? Miss Crockwell’s mannerisms, speech, and habits had been somewhat different from that to which he was accustomed, albeit in a most engaging way, and he wanted to know if there were other women like her.

Reggie had not lied. His father promised to live a long life, and there was little for Reggie to do at the moment, certainly as far as the estate was concerned. Samuel was indeed immersed in his books, and his father had recently remarried a woman he had courted for years, Mrs. Lucinda Sinclair, now Lady Hamilton. With everyone in his family happily settled about their affairs, Reggie felt as if he had awakened from a long sleep to find himself without direction, without purpose.

Neighbors had recently migrated to America—Thomas Ringwood and his bride, Sylvie, and Louisa Covington, now Mrs. Stephen Carver. It seemed as if everyone had removed to America in the past year. He wanted to join the exodus—if only for a while—to discover for himself what lay across the sea.

“Impossible,” his father roared. “You may have the money from your mother’s inheritance, which I cannot withhold, but I will cut you off without an allowance if you leave.”

“As you say, sir, I have my own money. Cut me off. It matters not to me.” Reggie turned away and paused at the door of the library. He looked over his shoulder. “We do not have to part in anger, Father. I will return someday...perhaps in the near future.”

“I am vehemently opposed to this, Reginald. I have nothing else to say to you.” His father turned his back to him.

“As you wish,” Reggie said. He crossed the foyer, ignoring his stepmother’s murmurs of protest as she paused on descending the stairway. “Lady Hamilton,” Reggie said as he reached the front door. “Do not think to see me for some time.”

Now, Reggie rode on through the night aimlessly, uncertain of his immediate destination. He supposed he ought to take a room at the Village Inn for the night. It would not do to fly out of his father’s house in righteous indignation, only to return as an abject child in search of his porridge and his bed.

Sebastian stumbled but quickly recovered his step. However, Reggie felt a dip in the horse’s gait, as if he had injured his leg.