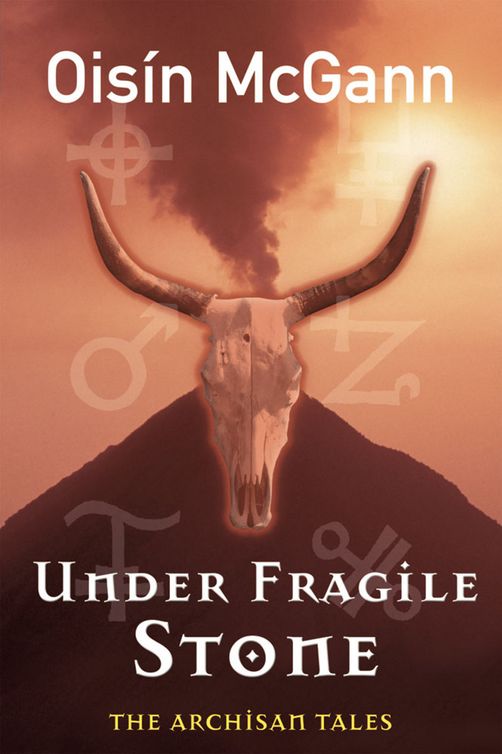 ‘Inventive comic fantasy in which Lorkrin and his sister Taya become involved in saving their tribe from the clutches of power-crazy neighbours … some wonderfully weird secondary characters.’

‘An immensely accomplished and completely original fast-paced action fantasy. This is a story you hope will never end.’

‘One of the things I love most about the book is that McGann has a wonderful eye for utterly weird, mad characters, whether we mean human ones or animals. Brilliant stuff!’

‘An action-packed series of entrapments and escapes, successes and setbacks … populated by a seemingly endless cast of divertingly weird creatures.’

P
RAISE FOR
THE GODS AND THEIR MACHINES

EOIN COLFER
,
author of the
Artemis Fowl
books and
The Wish List
.

For my little sister, Kunak; the big sister I never had.

As ever, I’d like to thank my family for their insightful critiques of the first draft of this story, as well as all those who offered input and advice while I was working on the book, including everyone at the O’Brien Press for their hard work and enterprise. Particular gratitude goes to my editor, Susan
Houlden
, for her guiding hand during the painful trimming-down process; every wordaholic needs a counsellor. I’m grateful to Joe and Kunak, for their
hospitality
in giving me a base in Dublin whenever I needed it; it’s really meant a lot to me. And finally, a special thank you to my brother, Marek, for all his work on the website (www.oisinmcgann.com); his substantial brain remains an invaluable resource.

Thanks to all of you.

1: S
OMETHING IN THE
G
ROUND

6: T
HE
U
NDERGROUND
W
INDOW

7: A
NYTHING THAT
D
OESN’T
B
ELONG 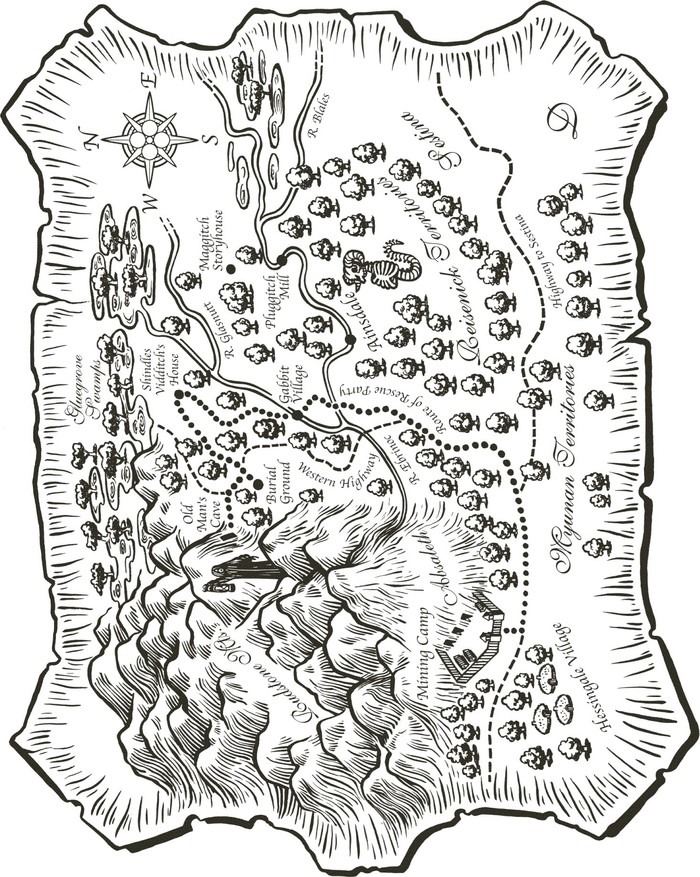 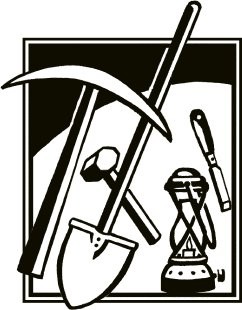 The mountain, known as Absaleth, was haunted. The miners had laughed at the stories when they had first heard them months before. Most of the men tasked with extracting the iron ore from this rock were seasoned veterans, with years in the pits behind them. Haunted mines were the kinds of stories that they used to scare their children to bed.

But two months after starting work on this mountain, they had three tunnels on the go; each had got no further than twenty or thirty paces in before it hit problems. Not your average problems either, not unstable ceilings or flooding, no; this dig had thrown up a whole new set of obstacles. Whenever they tried to bore into the rock, the drill bit would make a noise like a child screaming – a sound none of the miners could bear.

There had been cases where workers swore that after managing to open a crack in the walls, the fissure would reseal itself, almost as if it were healing. Sometimes they would sense vibrations in the ore; a low tone would reach their ears, as if from some huge tuning fork, and they would stumble from the mine suffering headaches and toothaches.

The strangest thing, though, was the way the tools rusted. That was just the damnedest thing.

The team of seven men stood before the dark mouth of the mine in solemn silence. It had become a ritual to pause
before entering the tunnel, like a stand-off, warriors taking the measure of an opponent. A few of them gazed up at the rock face above the mine, their expressions bitter, but
determined
. Paternasse, the oldest of the group, regarded the shiny new head of his pickaxe. It was his fifteenth since starting the dig. The others had rusted into powder. In the thirty-six years he’d been digging metal and minerals from the ground, he’d never heard of anything like it.

They marched inside, armed with brand new tools:
pickaxes
, spades, hammers and wedges and the other trappings of the mining trade. Along with their digging equipment, they each had a helmet with a headlamp, to bolster the glow of their lanterns. One man pushed the cart that carried their heavier gear and the timber supports and would later be hauled up the rails to the surface by a winch, carrying their spoils back out of the tunnel. That was if they managed to get any work done that day.

Paternasse spat on his hands, rubbed the saliva into them to get his palms soft enough for a good grip, then studied the face of the rock for the chink in the mountain’s armour that his pick could get its point into.

This cursed hill was still the richest source of iron ore he had ever seen, and he was damned if it was going to get the better of him. Soon they would break its spirit and then they’d really get to work …. He found a thin crack in the rock and swung his pickaxe back over his shoulder. Just as he did, two eyes appeared in the stone and the crack opened into a mouth and screamed. Paternasse gasped and stumbled back, tripping over a water bucket behind him and
landing flat on his back. Further down the tunnel, someone else was shouting. A piece of the mine-face the size and shape of a child peeled itself from the rock, dropped to the floor and ran towards the tunnel entrance. Moments later, another one sprinted up from the back of the mine, jumped over him and followed the first. The sounds of giddy,
high-pitched
laughter reached his ears.

Noogan, the youngest of the miners, ran up and knelt down by his side.

‘Jussek?’ he asked the older man, concern in his voice. ‘You all right?’

Paternasse lay there for a while longer to let his heart calm down. It was beating like the hooves of a racehorse. He was short of breath too; the years of mining had taken their toll on his lungs.

‘Just got a fright, lad,’ he muttered, sitting up. ‘Those blasted Myunans have gone too far this time – too far by half. If they can’t keep a leash on their young ’uns, one of those little whelps is going to get hurt down here. I could’ve killed that one if I’d hit it. Little animal.’

He coughed up some long-lost dust from his lungs, hawked and spat at the rock face.

Noogan looked at the square of light at the end of the tunnel.

‘They’re not natural, those Myunans,’ he said, bitterly. ‘The way they can carve themselves into shapes like that.’

‘Oh, they’re natural all right,’ Paternasse sat up and clambered to his feet. ‘Natural-born scoundrels. Still, the
Noranians’ll
see to them. If there’s one thing Noranians are good for, it’s putting people in their place.’

Taya Archisan stifled another giggle as she ran, dodging behind one of the dirt-encrusted wagons that served the mine and ducking underneath it, slipping behind one of its six steel-rimmed wheels to hide. From this vantage point, they could see a long stretch of the palisade fence and the gate that opened onto the road. Lorkrin skidded in behind her, a giddy grin on his face.

‘Did you see the look on that old lad’s face?’ he whispered. ‘He nearly jumped right out of his skin!’

The misshapen, stony effect of his flesh receded as he crouched there, the colours of his skin returning to normal and his impish facial features reasserting themselves. Their disguises had been meticulous. Mimicking a mine wall well enough to fool a miner was no easy feat, but they had done it. Sculpting, or ‘amorphing’, the texture into their skins had taken all their skill and every tool they had, but the effect had been worth it.

The two children were brother and sister, both clad in the garb of their tribe, tunics with cloth belts, Taya in leggings and Lorkrin in trousers. Their clothes and skin had swirling markings, Lorkrin’s more angular in blues, greens and greys, Taya’s in reds, oranges and browns, and it was difficult to see where their skin ended and their clothes began. Taya’s hair was light brown, long and tied back in a braided
ponytail
, while Lorkrin’s was blonde and cropped short. They were both in their early teens, but it would not have been clear to an observer which of them was older, although Taya was a little taller. She was also the one who liked to be in charge, and so was already working out their next move.
They had to get out of the compound, and that meant
crossing
a wide stretch of open ground to the fence and the trees beyond.

Taya saw the old man Lorkrin had scared walking across to the building that served as offices for the Noranians. He looked serious. She had almost been caught when she jumped out at the group of men who had passed her, but they had been too shocked to grab her. Seeing the
expression
on the old man’s face, she realised how lucky she had been.

‘I think we might have gone a bit too far,’ she said softly to her brother.

‘Nah,’ he replied. ‘They’re not supposed to be here anyway; you know what the elders are always saying. If this lot won’t leave by themselves, they have to be made to leave. We’re just doing our bit.’

Taya nodded. This was all for good cause.
Self-consciously
brushing the mine-dust from her hair with her fingers, she cast her gaze around the compound. To their left were the newly constructed buildings, with four trucks lined up outside. Beyond the yellow-brick offices and living
quarters
, there was the gate, guarded by two Noranian soldiers standing in the wooden tower. More wandered around inside the fence and these were the main problem. The Noranians believed in security and they were good at it. The fence was a wooden palisade twice the height of a man and each pale was sharpened to an evil point at the top. Lorkrin had his tools out and was using a whittler to craft his fingers and toes into hooked claws that would give him a grip on the smooth wood.

Taya was about to do the same when a pair of legs
approached and clambered up onto the wagon. Another pair of legs strode up and around the front, a pair of hands fitted a crank handle into the engine’s crankshaft and turned it until the engine coughed and caught. The driver revved the motor while he waited for his passenger to get on board before settling it into a rumbling idle. There was the gnash of worn gears and the smell of burnt bule oil and greasy smoke wafted over them. The two Myunans exchanged glances. Their hiding place was about to drive away.

‘They’re opening the gates!’ Lorkrin hissed. ‘We can go with the truck!’

They reached up and caught hold of the steel chassis, lifting themselves off the ground. The truck lurched and started to roll forward, bouncing across the rough surface of the compound and through the open gates to the road. The truck was old, and slow enough for Lorkrin and Taya to drop safely to the ground and scamper into the bushes once they were out of sight of the gates. High with the thrill of their escape, they ran weaving through the trees to the path that would take them back to their village.

Black by T.l Smith
Never A Choice (The Choices Trilogy (Book 1)) by Palmer, Dee
Falling In Love Again (Heroic Rogues Series) by Higgins, Marie
Joe Pitt 5 - My Dead Body by Huston, Charlie
A Love For Lera (Haikon) by Burke, Aliyah
The Sheikh's Offer by Brooke, Ella, Brooke, Jessica
Tender Fury by Connie Mason
The List Of Seven by Mark Frost
Hunger and Thirst by Wightman, Wayne
Where by Kit Reed
Our partner