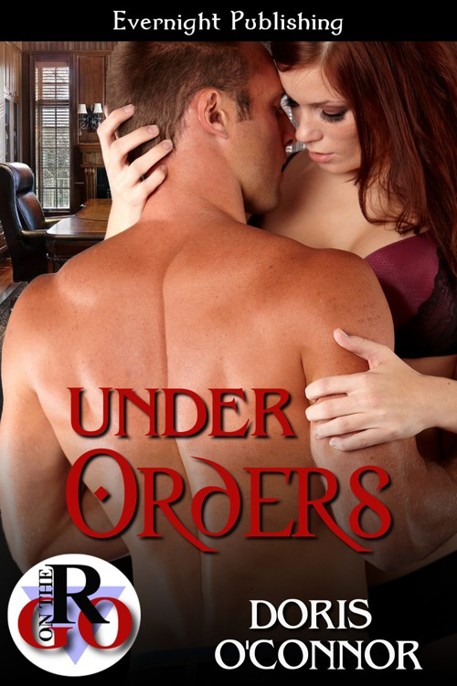 To the Tantalizing Tuesdays crew and
the inspirational flashes. This story started as a flash and you all
wanted more, so here it is.

Romance on the Go

Anna swiped her damp
hands on the sides of her A-line skirt and blew out an exasperated breath,
which lifted the ends of her fringe off her forehead. Trust the air con to
break down when London actually suffered from a heat wave. Heat in the
summer—unheard of. Anna smiled grimly at her flushed expression reflected back
at her from the mirrored door to the conference room. She had been summoned.
There was no other way to interpret her boss’s curt order down the phone.

“I expect you in the
conference room in five. Bring the files. You’re needed to entertain him, and
remember, what he wants he gets.”

Every feminist bone in
her body had balked at the order, even though she had half expected it.
Jonathan Symmonds’s visits followed a pre-conceived order, or so she had been
told. As the new girl she had drawn the short straw, at least as far as Anna was
concerned. The rest of the female office staff had pouted and called her a
lucky bitch, and some of the men, too, had given her some envious glances, as
though being at the CEO’s beck and call was akin to the Holy Grail. Sure, the
man was sex-on-legs gorgeous, if his picture was to be believed, but that did
not give him the right to pick and choose from the staff, as though they were
his personal sexual snack bar.

Classic case of sexual
harassment right there, yet no one had ever complained. And was she any better?
Anna rolled her eyes and had to admit she wasn’t. Here she was, despite the
heat wave, dressed in tight fitting blouse, skirt, and suspenders and
stockings, as per instructions, even if she had drawn the line at the vibrating
panties she had found on her desk this morning. An uneasy feeling settled low
in her tummy at the thought of having disobeyed a direct order.

“Whatever you do, just
go along with his orders. He doesn’t like to be crossed—in business or in his
personal life.” Louise’s whispered warning rang in her ears like clanging
cymbals. She’d dismissed it at the time. What could he do to her after all?
Sack her, and that was about it, and CEO or not, she would not take that lying
down. Oh no, he might be dangerous and ruthless and kinky as fuck if rumors
were to be believed, but she was not some whimpering wallflower who would
simply sink to her knees and meekly do as she was told.

Even if the thought sent
a rush of heat into her knickers. Anna had never met a man dominant enough to
make her want to submit, and the devil sitting on her shoulder, the very same that
had almost had her putting on those blasted panties, simply grinned at her now.

Anna fixed a polite
smile on her face and pushed open the heavy door. Several pairs of eyes trained
on her, and she held on to her smile by sheer force of will. She had
interrupted a heated discussion, if the atmosphere in the room was anything to
go by. Her boss threw dagger looks at her, before nodding to the chrome clock
on the wall with a frown. So what if she was a couple of minutes late? She
scanned the room for the elusive CEO, and the fine hair on her damp neck stood
on end when the door pinged shut behind her. She sensed rather than saw him
step away from the wall behind her. One large, surprisingly calloused hand
settled over the iron grip she had on the files she had been asked to bring,
and his hot breath skittered along the sensitive skin under her ear.

“I’m glad to see you
followed
some
of my instructions, little one.”

He whispered the words just loud enough for
her to hear, and then addressed the room.

“These files ought to
settle the matter once and for all. We will see how you’re really performing,
shall we, gentlemen?” The cool inflection he put on the word made it clear what
he really thought of the assembled heads of department, and the bunch of
overpaid and heavily sweating business men squirmed in their seats.

Brian, the guy in charge
of marketing, visibly paled and loosened his tie as though it was strangling
him. Anna would have felt sorry for him, had she not known exactly what was in
those files. She had been brought on board specifically to investigate the
apparent discrepancies in accounts. According to the computer records the firm
was thriving. However on paper the sums did not add up. As far as everyone else
was concerned Anna was just a P.A. In reality she had undertaken a
painstakingly thorough investigation, and all of her findings were in that
file.

Jonathan Symmonds had
insisted on hand-written paper records that could not be hacked into by the
powers that be, as well as a flash drive, which was already in his possession.
He smiled at Anna now, and gestured for her to sit down next to him at the oval
table dominating the room. Anna was only too happy to oblige, because that
smile alone had her knees knocking together.

The man was
devastatingly handsome close up. Piercing blue eyes ringed with heavy lashes
and surrounded by laughter lines seemed to see straight into her soul, and she
slid into the proffered chair with more haste than elegance. He kept one hand
on her shoulder, his thumb stroking her neck, and it took every ounce of
willpower to not lean into that slight touch.

What was wrong with her?
She kept her gaze focused on the pile of papers in front of her and licked her
suddenly dry lips. His scent surrounded her—not the expensive cologne one would
have expected—this was dry, earthy, essence of man that stirred something deep
inside her. She couldn’t hear a word of what he was saying to the assembled little
group. She was too focused on the simple act of just breathing, so aware was
she of the weight of his hand on her shoulder. Every slight scrape of his
perfectly manicured thumb across her neck sent tingles of awareness along her
nerve endings, and she crossed her arms over her chest to hide her body’s
reaction to his presence. Like shameless little come-get-me-beacons, her
nipples firmed and pushed against the lacy confines of her bra. Liquid pooled
between her thighs as she listened to his deep, commanding voice.

She breathed a sigh of
relief when he released her shoulder and sat next to her. He shuffled the
papers in front of him, frowning at something she had written over the top of
her report. A short lived reprieve, because he chose that moment to look up and
study her. Her lips parted, and she swallowed past the lump in her throat as
his gaze slowly travelled over her. As though it was his incredibly long
fingers trailing across her sweat-slicked skin, his gaze left gooseflesh in his
wake. She hastily dropped her crossed arms to her sides when he paused at her
breasts and raised just one thick eyebrow. Her breasts grew heavier and her
breathing shallow, and she grasped the armrest of her chair for support. The
rest of the room faded away under his silent regard. She clamped her thighs
together to relieve the delicious ache in her core, only to open them as wide
as her narrow skirt would allow, when he frowned again. His smile of approval
when he finally raised his gaze back up to her face had her insides melt with
joy.

The whispered words
seemed spoken straight in her head, and it was her turn to frown. How was that
possible? His lips hadn’t moved, had they? Or was she that far gone that even
that simple observation was beyond her?

Clearly it had been way
too long since Anna had last gotten laid if her body could respond to a
complete stranger in this fashion of reckless abandonment.

He turned his
attention back to the room, and Anna released the breath she’d been holding.
Brian glared at her, and that uneasy feeling in her stomach returned. She
squared her shoulders and stared him down, before Jonathan’s hand on her thigh
pulled her attention back to him.

“I would like
to thank Anna for her diligent attention to detail in drawing up these
reports.” He shifted his hand higher during those few words, until he reached
the top of her stocking. Digging one finger underneath he caressed the soft
skin of her inner thigh, and Anna forced herself not to squirm and give the
game away. “She has been most thorough, and the results will show once and for
all who is responsible for this current …
mishap.”

He smiled
briefly, and looked toward Brian. The older man shrank in his seat. His Adam’s apple
bobbed wildly as though he could barely hold onto his saliva. Beads of sweat
broke out on his ruddy complexion, and Anna was half expecting the pencil he
clutched to splinter under the strain of his white knuckled grip.

“I also feel the need to
make it clear that Anna acted under direct orders from myself and her immediate
superior.” He nodded toward Anna’s boss, and Leonard Peterson shifted to stand
behind Brian, his expression as grave as she’d ever seen it.

“No one here should have
any reason to hold the findings of this report against Anna.” Again he paused,
and his penetrating gaze swept around the room until he seemed satisfied that
he had everyone’s undivided attention. At the same time he shifted his hand
higher up the inside of her thigh, until his knuckles brushed against the damp
fabric covering her slit. Anna bit her lip to stop herself from moaning. The
feather light touch seared her core, and her internal muscles clenched in need.
The fabric grew wetter, and he was bound to notice. She risked a peek at his
profile, and the slight elevation to his bottom lip told her that he knew
exactly how turned on she was.