Read Under the Rose Online 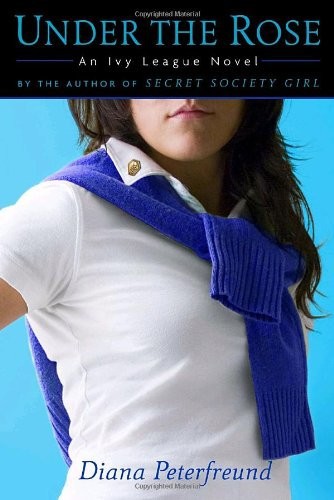 Watch for: The Rites of Spring(Break)

For Jacki, who has always treated me like a daughter

I didn’t understand what it

meant to be a Digger.

When you picture the secret society of Rose & Grave, I know what you see. Commanding statesmen, wealthy entrepreneurs, sly spies. Shadowy, secretive, and always in control. Those who have sought to infiltrate our brotherhood have vanished without a trace. Those who have dared to reveal our clandestine ways have learned the true meaning of the term “cloak-and-dagger.” We have suffered much to cultivate our image, and we will stop at nothing to maintain it.

From the first years of our existence, our order has been protected by a massive network of the rich and powerful across the country and around the globe. Now, those who displease us are quick to discover how deeply our tentacles have stretched, and those upon whom we shower goodwill live as one of the elect. Indeed, our detractors say favorites of Rose & Grave have made a deal with the devil—and we don’t proclaim them wrong.

No, really, there hasn’t. Honest. I swear.

Don’t believe me? Then step inside for a moment, and witness the truth. Grab a taste of absolute power. Steal a kiss from your wildest fantasies. Take a gander upon that which few eyes have seen.

But be careful. You’ve heard what we like to do to outsiders….

It was shopping period at Eli University, and lest you think this is one of those books about fashion, let me enlighten you. The students at Eli were not shopping for Prada, but for Proust; they weren’t hunting for good bargains, but rather, for gut classes; and they would happily surrender Fendi at forty percent off to secure a Fractals section that wasn’t all the way up on Science Hill.

As a senior, I found this shopping period especially poignant. It was my penultimate chance to discover the hidden gem seminar, the one I’d look back on in the cold, post-Eli future as being one of those bright college days the song
*1
speaks of. My last chance, in many cases, to take the famous lectures given by the college’s most notorious luminaries.

“What? You didn’t take Herbert Branch’s Shakespeare class?” future employers will say with incredulity. “Why, Amy Haskel, what were you
doing
there at Eli?”

And I will not be able to tell them, because I swore an oath never to reveal the truth: that while other Literature majors were shopping the Branch class, I was crouching in the shadows on a cold stone floor, garbed in a long black hooded robe and a skull-shaped mask, rehearsing an esoteric initiation ritual that required me to lie in wait for an innocent classmate to wander by so I could leap out, pelt his face with phosphorescent dust, and yell “Boo.”

As if I’d admit to something like that anyway.

“Hey, Lil’ Demon!” I called down the stairs. “I sort of wanted to shop a seminar this afternoon, so can we non-speaking parts adjourn for the day?”

Keyser Soze, a.k.a. Joshua Silver, popped up from behind a tower of human remains. “The Branch class? I wanted to take that, too.” Figures. Branch was a brand-name professor at Eli, and it would suit Josh’s political aspirations to add the scholar’s reputation to his C.V.

Lil’ Demon, currently levitating over a pool of blood, raised one perfectly plucked eyebrow and blew a strand of chestnut brown hair (she’d had it dyed over the summer) out of her eyes. “I should have gone union,” she said with a sniff. “You people just don’t understand show business.”

(By the way, that thing in
Us Weekly
about Lil’ Demon over the Fourth of July weekend is categorically untrue. Odile Dumas wasn’t “servicing” any ex–boy-band members in Tijuana; she was with me and the other Diggers at a patriarch’s pool party on Fire Island. And, say what you will about the starlet, she has better taste than to get down with a bunch of scrawny tenors. If that were her style, we had more than enough singing groups right here on campus.)

Beneath a Waning Moon: A Duo of Gothic Romances by Elizabeth Hunter, Grace Draven
Nightmare in Morocco by Loretta Jackson, Vickie Britton
Inside of You (Jessa & Paxton #2) by Haven Francis
East of Suez by Howard Engel
The Space Between by Brenna Yovanoff
Broken: Round One (Broken #1) by Skyla Madi
I Am Alive by Jace, Cameron
For Her Pleasure by Patricia Pellicane
This is the End (Book 2): Not Dead Yet by Biesiada, Lisa
Dollenganger 02 Petals On the Wind by V. C. Andrews
Our partner