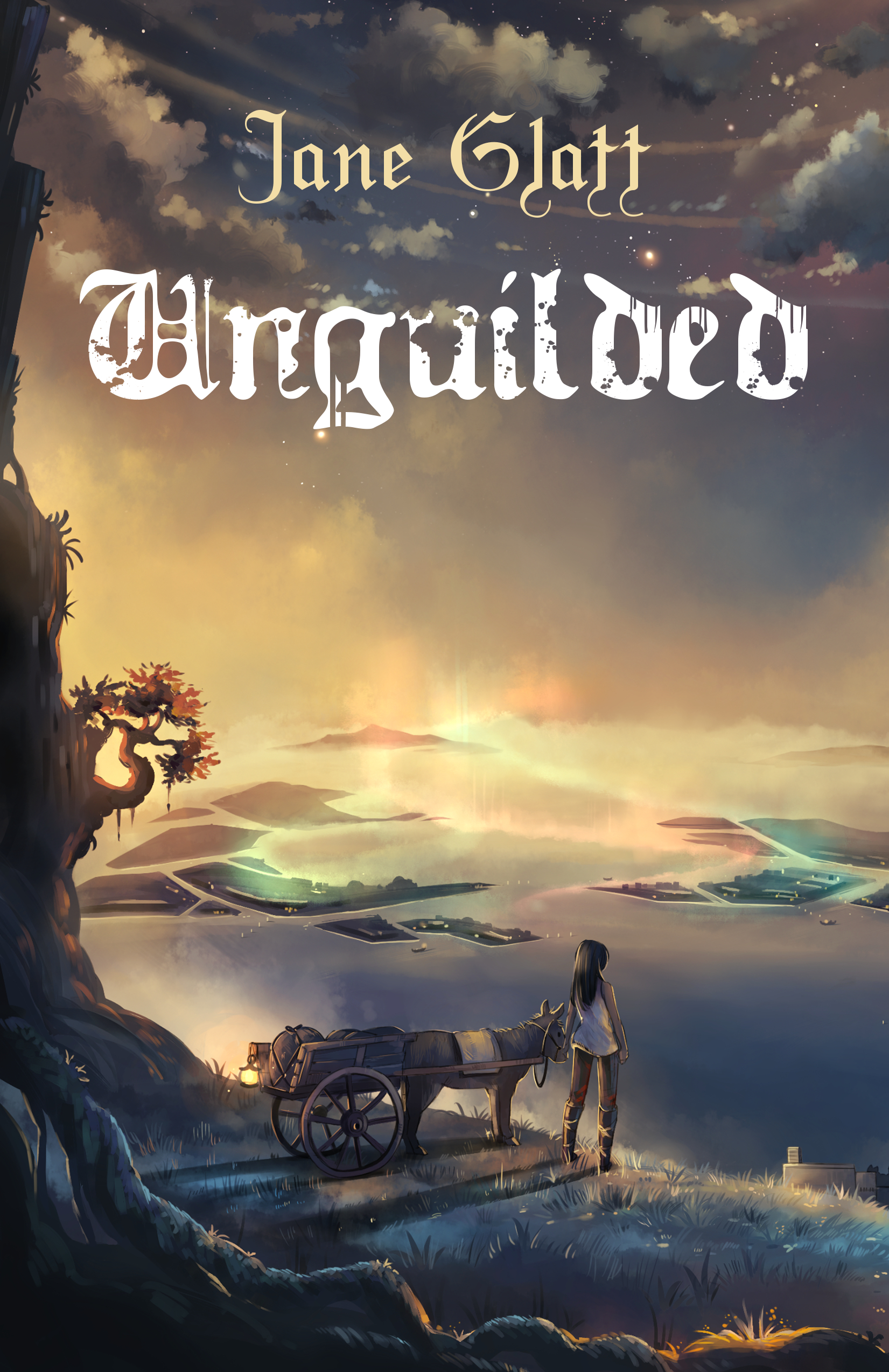 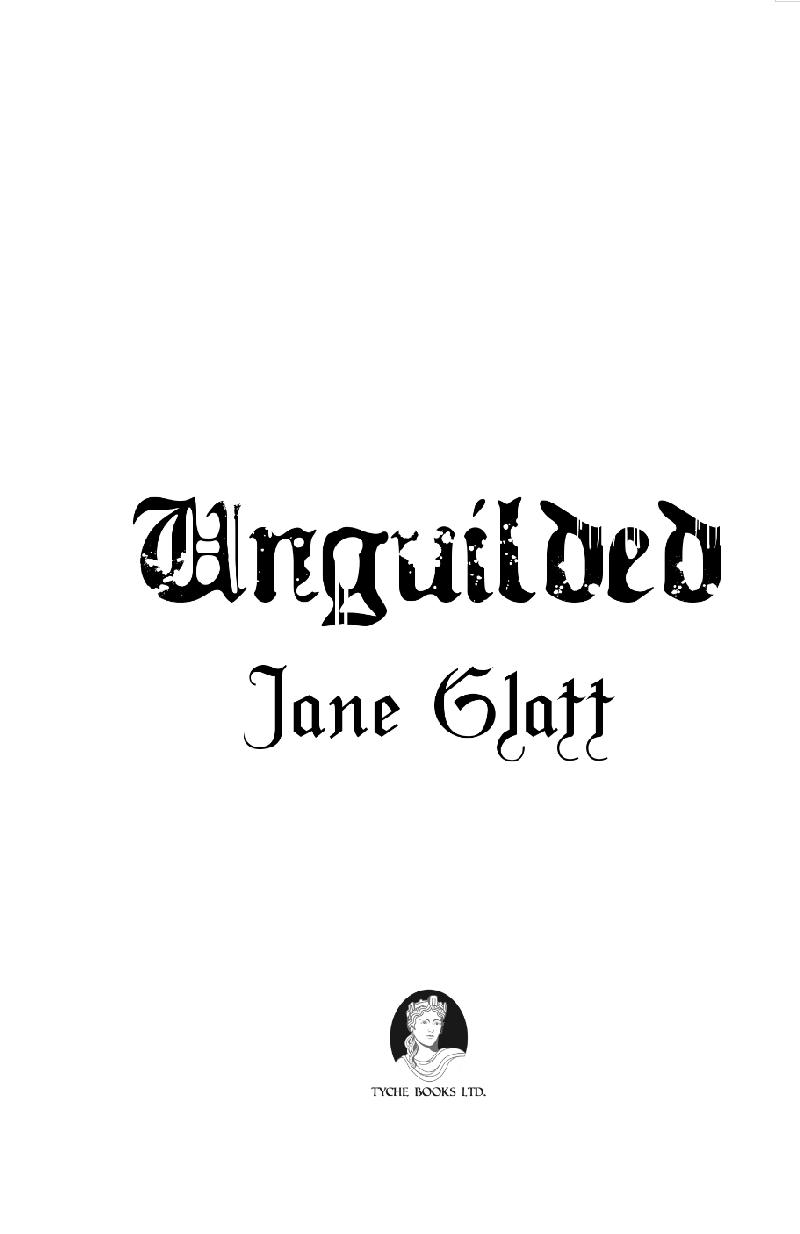 All rights reserved. No part of this book may be reproduced or transmitted in any form or by any means, electronic or mechanical, including photocopying, recording or by any information storage & retrieval system, without written permission from the copyright holder, except for the inclusion of brief quotations in a review.

The publisher does not have any control over and does not assume any responsibility for author or third party websites or their content.

This is a work of fiction. All of the characters, organizations and events portrayed in this story are either the product of the author’s imagination or are used fictitiously.

Any resemblance to persons living or dead would be really cool, but is purely coincidental.

This book was funded in part by a grant from the Alberta Media Fund.

I want to thank my mom for gifting me with a love of stories. She always has a book close by.

Kara Fonti scrambled up the narrow stairs after her mother.

“Which room is yours?”

“Here.” Kara brushed past her mother’s rigid figure to the small door at the end of the hall. She opened the door, revealing an even steeper set of steps. “Be careful,” she told her mother. “The ceiling is low.” Uneasy, she paused on the stairs. Her mother had wanted to see her room—to watch the sunset, she’d said—but Kara didn’t think she’d travelled so far for a view.

“Keep moving,” her mother said, her hands firm on her daughter’s back.

Kara stumbled up the half dozen stairs that led to her room, ducking to avoid the low ceiling.

Kara’s room was the smallest in the house, barely large enough to hold her pallet and small desk and chair. The low sloping ceiling had been perfect for the eight-year-old Kara, the Kara who’d held such promise, the Kara they’d all had such hopes for.

Now she could only stand up straight when she stood at the foot of her bed. At sixteen, she’d outgrown her room—and everyone’s hope.

Her mother, Arabella Fonti, frowned and, with eyes so dark they looked black, scanned the cramped space. With more grace than Kara had ever managed, she glided to the chair.

“So,” her mother said as she settled herself. “You’ve failed again.”

“I’m sorry, Mother,” Kara said, gazing at her feet. She was used to the shame of failure—or so she’d thought before she’d had to face her mother.

“Don’t call me that,” her mother snapped. “You may call me Donna Fonti or Donna Arabella.”

“Yes, Donna,” Kara said. Her mother had come to visit—for the first time ever—but it wasn’t out of love.

Arabella Fonti was even more beautiful than Kara had imagined. She was tall, although not quite as tall as Kara, and her long black hair gleamed against pale, smooth skin. Her mother turned her head and in the sunlight that streamed in through the small window, her eyes flashed a deep purple.

Resigned, Kara looked down at the smooth orange tiles of the floor. Her mother was here—filled with disapproval and disdain—because she’d failed the test, again. And now that she was sixteen she had no more chances.

“Now I have to come back here, to the villa I’d hoped to never set foot in again.” Arabella glared at her, and a purple mist swirled around her angry features.

And she was. Every year since she’d turned eight she’d waited for the Guild Tester to come. Every year she was sure that
this
year would be different—
this
year her talent would show itself. Instead, every year the Guild Tester left in a shimmer of blue with a promise to return next year. And Kara was left to deal with the disappointment of her father and the bitterness of his not-quite wife.

Kara flinched at the venom in her mother’s voice.

“Guild Law meant I had to bear a child before I could leave this villa—I had to leave someone with potential behind.” Arabella frowned and shook her elegant head. “I thought my talent strong enough to breed true, and Banio Fonti agreed to raise you and let me leave. I should have chosen someone other than him—there is no magic in his family. So you are your father’s child—without magic—but
my
problem.”

“Papa always said he married you because you were so beautiful,” Kara whispered.

He
used
to say that, when Kara was little and still had hope of finding her talent. He’d stopped saying it when he met Noula. Noula, who was bitter because Kara’s mother had everything she didn’t—magic, beauty, and legal marriage to Banio Fonti.

“Pah,” Arabella said. “I had the strongest magic seen in this villa for generations and my father was Villa Primus of Mage Guild. I know exactly why your father married me.”

Kara knew too. Because of his marriage to Arabella, her father was an important man in Villa Larona—Guild Secundus in the villa’s Mage Guild. He had no magic of his own, but a marriage—even in name only—to a strong Mage and a daughter who would inherit her mother’s talent was enough in this small villa.

At least it had been.

“We don’t have much time. Get some clothes together,” Arabella said. “You’re leaving.”

“What about the guild?” Kara asked. “And Mage Guild Secundus Valendi?” By right of Guild Law, Mage Guild would determine her fate. Before today she’d assumed that the villa Guildsmen would make the decision—then her mother had arrived with the second most powerful man in Mage Guild.

Though she had no magic Kara could still be useful to the guild—she’d assumed they’d want her to continue teaching. But in the two weeks since her final failure, Noula, more malicious than ever, had taken great pleasure in telling Kara that her only use now was as a breeder. Her mother was a powerful Mage, someone would take her, Noula taunted, some old man willing to feed and house her so he could bed her and get children on her in the hopes that at least one child had magic.

“I’ll deal with the guild and Valerio Valendi,” Arabella said. “Pack your things.”

Kara knelt by the trunk that held her extra clothes. Her mother’s steady gaze made her jumpy, and she fumbled as she opened the chest. She scooped the contents into a pile and stuffed everything into a small pack. It wasn’t much. Her winter stockings, a skirt that was too short, a faded blue shirt, a second set of smallclothes, and an old pair of her father’s trousers, threadbare at the knees, which she wore while tending the herbs.

“Do you have any guilders?” Arabella asked. “Jewelry?”

Kara shook her head. As the years passed and she continued to fail her test, fewer items of value had been given to her.

“Nothing? I thought you were teaching the younger ones?”

“Noula has Mage Guild pay her directly,” Kara said. “To cover the expense of keeping me.”

“That
donnina
,” Arabella said. “Here.” She untied a small bag from the belt at her waist. “It’s not much. You’ll have to earn your own guilders as soon as possible.”

“Where are we going?” Kara asked warily.

“Not we, you,” Arabella replied.

Kara’s skin prickled. Her mother wasn’t going to
take
her away—she was going to
send
her away.

“Where? Will the guild approve?”

“Leave Tregella and go to Wulmar, or maybe Terenia,” Arabella said. “Of course the guild won’t approve.” Her mother smiled a small, tight smile. “But I will give them no choice. Time to go. We only have a few more moments before someone comes looking for us.”

Kara didn’t move, couldn’t move. Leave the country, leave the guild? She’d never imagined such a thing. Living outside of the guild was as good as being dead, wasn’t it? But living as a breeder would be
worse
than being dead.

“Come,” Arabella said. She put her arm around Kara’s shoulder. “It will be a great adventure. Besides, if you stay with the guild when you have no magic you will become a woman such as Noula.”

“The guild is intrigued with
my
power,” her mother continued. “They plan to pair you with a powerful Mage to see if my magic will be inherited by
your
children.”

Kara closed her eyes. It wasn’t much of a choice, but it
was
a choice.

“I’ll leave,” Kara said. “If you’re sure they won’t let me stay here with Papa and teach.” She knew they wouldn’t let her—Valerio Valendi wouldn’t let her—but she had to ask. The safe life she’d assumed would be hers seemed so far away now.

“No,” Arabella said. “The guild will not allow that. Besides, now that you’re an adult, my marriage to Banio Fonti is no longer necessary.”