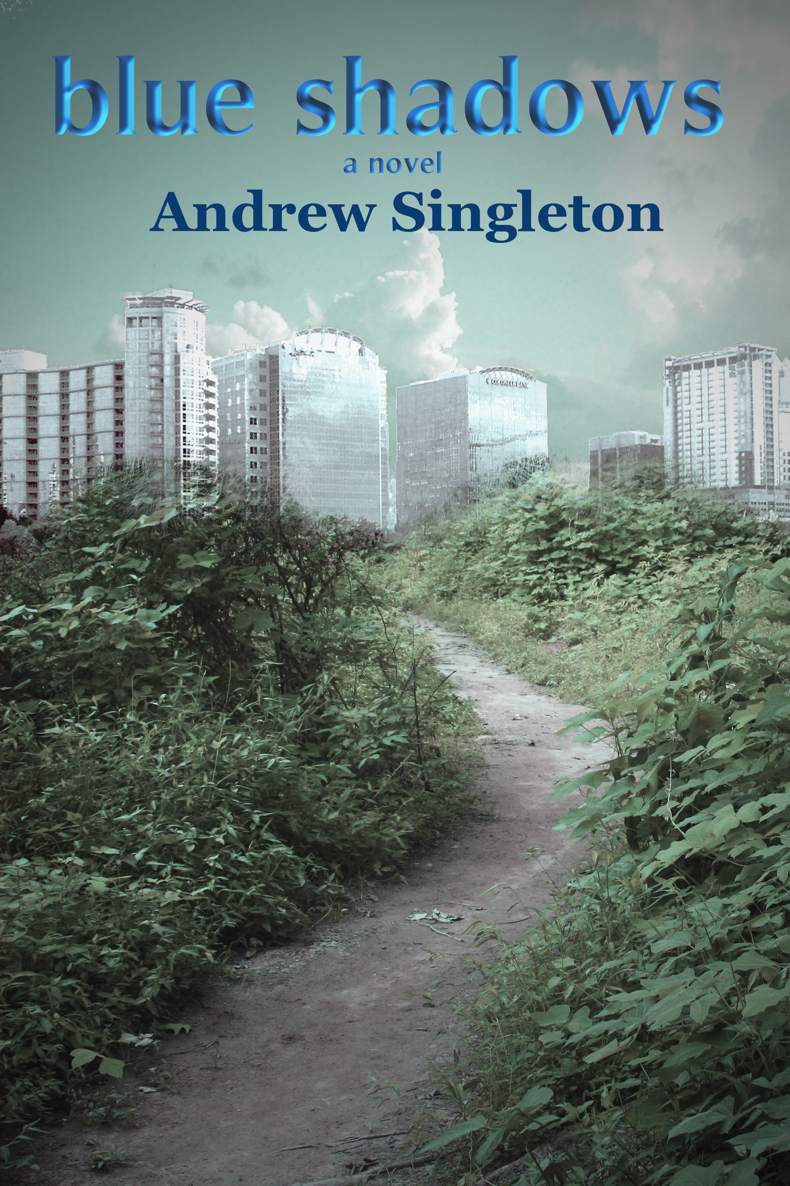 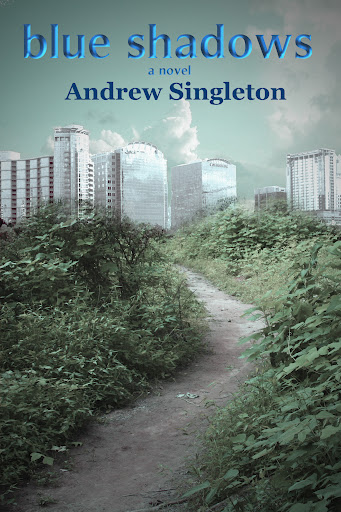 The character of
Jenny
Everywhere
is available for use by anyone, with only one condition. This paragraph must be included in any publication involving Jenny Everywhere, in order that others may use this property as they wish. All rights reversed.

This book is a work of fiction, and the incidents and characters are fictitious. Any resemblance to actual persons, living or dead, or to actual events, is coincidental.

Where such permission is sufficient, the author grants the end user the right to strip any DRM which may be applied to this work.

Hello out there. As of this time you are reading what will be the sixth version (bless you Smashwords for giving people access to prior versions.) And if you got it from somewhere else? Well unless it's either the hardback version from Amazon or one of Smashwords's partners then I will be annoyed since while I have no problems with people giving this thing out, sharing it, remixing it, post whole sections explaining at length why they do or don't like things as written, I don't like the idea of people making money off of me and not getting at least some cut.

I am no Cory Doctorow, and I probably shouldn't try to be like the guy. However he has a philosophy about books and what You the People can do with them I rather like. As mentioned in the legal section nobody likely reads I've licensed this under a Creative Commons License. What's this all about?

Well to be blunt it's a framework that lays out in corporate legal speak that I, the copyright holder, am explicitly granting a few rights to You the Consumer. However while we're here I might s well put it in plain english.
YOU HAVE THE RIGHT TO:
Remix this content.
Share with other people.

Sample to your hearts content.
The one thing I ask in return is you don't go behind my back trying to make money off the venture. I'd like to think i'm a very reasonable guy so if you want to make a comic to sell, or translate into a foreign language or make a series of short films or... Well whatever use comes to mind and you'd like to try making a buck I'm more than likely going to be up for talking terms.

Unfortunately due to the economy, bills, and all the other unpleasant things in life i”m broke. Writing gets you nowhere unless your last name is King, Kingsbury, Graphton, Gresham, or are a celebrity in some other field and wrote a book. So I'm going to ask that if anyone feels like throwing a dollar or two my way and they haven't already purchased a copy.
Donate to charity. Give to your local library. Donate to the Office of Letters and Light (the guys that run NaNoWriMo.)

Now if you happen to want to give me money why not buy a copy?
For a Physical Copy of This Book (sadly doesn't have the cover art the ebook version has.)
https://www.createspace.com/3401537

Of course if you want this in a different electronic format and don't want t ogo to the trouble Smashwords might be what you're looking for.

Now, that done and said, on with the actual entertaining stuff!

They were insubstantial, intangible, and immortal. They cannot directly affect the world we inhabit, yet they view their duties as vital to our survival. Some would mistakenly call them angels, or spirits. Though the first may, perhaps, apply, they never were human, which negates the second possible description. They could not, if we asked, say what they are watching for, but they maintain that it is important they keep vigil.

Two of them were found by means desperate and bold. These two had been bound to watch a thing that was built of human hand and bound by the life essence of the world. They watched as the slabs of stone were carried into the room they had been summoned to. They watched during the months it took to shape both the physical form of the stone as well as the spiritual character of what the container was meant to become. At the cores of their being these two watchers knew that it was meant to lock away a great wrongness that could not yet be killed. Though they had been summoned and bound they could give no warning what this binding would do to the nature of the world.

While the sarcophagus was being constructed, for it was intended to entomb something... hopefully till the end of days, other Watchers drifted to and from their enforced posts on either side of this desperate construction. In their own language they had communicated its intended use. All those that came to see them left feeling, though not in the way you or I would feel, a great sense of hurt by what was being done. It had to be done, that much they had seen, but knew that what they saw was the ruin to themselves as well as all other creatures that depended on the world's essence for their lives.

Soon, too soon and at the same time not soon enough depending on how you counted these things, the making had been done. Both watchers saw the magi enter to work the final strands of life's essence around the grim construction. Her skin was dark, her hair and eyes light, but to them it didn't matter what a person's physical being looked like. They instead valued what some may call a person's Soul, or Essence. This woman's was a thing of light, though far from pure it radiated out from her, eclipsing all those around her. They saw in her essence streaks of darkness within that great light.
She knows.
Their conversation, though in truth it was more like talking to one's self because all Watchers were connected after a fashion, settled on this magus.

She knows what this will do
to the world and feels guilt. What must happen must happen, but she still sees it as somehow her doing. We forgive you Child, even though you will not forgive yourself.

They watched the woman twist the strands of essence in a loose knit cage through the roughly worked stone. Her weaving was good and strong, but they knew it would eventually fail against the thing she hoped to contain.
It may hold long enough for the world to recover.
Even if all but a scant little of its light is bound to hold Nemesis in place the wounds it has suffered will heal.
They
watched her add complexity to the second and third layers of her weave. No rug-maker or weaver, no matter how good, could hope to match the delicate and intricate weaves she worked and lay on the stone. What will happen when it breaks free?

They mused over what may happen while they traveled with the magi and her burden to a different place, one blasted of any recognizable feature. Here her Nemesis waited for her. Where the magi's essence had been radiant light threaded with guilt and personal grief his, though he no-longer really qualified as human, was a man-shaped hole in the world. Where he walked if the ground was not already dead the essence of anything living flowed into him. Around him and through him was Death, yet he wasn't finished. He Hungered. They felt that gaping bottomless gnawing hunger in him and though they loathed and despised his very being they had room within themselves for pity.

When the two beings fought they saw that though the magi was experienced and determined she would, without some sort of outside help, fail. Nemesis had her in a cage of his hunger, light being siphoned away from her in a pitiful attempt at satiating his hunger. Once, they knew, she had been an apprentice of his. Once she had looked up to this man as learned and wise. Now he saw her as only another source to feed off of.

They felt pain at what they did, for it violated fundamental parts of what they were. They reached to one of those that lay dead and worked the world's essence into it. The man had once been someone the magi had gone to in an attempt to raise an army against the raising tide of corruption Nemesis worked in the world. He had been a good man once, and he was all but dead. They wove, wailing and screaming in pain as bits of themselves flowed along the strands.

It has to be done.

He took a shallow breath. His heart beat.

What had once hung to this world only by brute force of stubborn will slowly rose. The spear he carried had been blessed, once, against demons. It had failed him when his life had depended on it. His movements were deliberate as his grip on the spear's haft changed. Nemesis was too clouded by feeding to realize that he was behind her, so did not, at first, realize that he had a gaping wound through his chest. the magi took a ragged breath as she shoved Nemesis into the sarcophagus, and the man the Watchers had revived fought against the black threads of non-essence to move the heavy lid and make the prison complete.

The watchers wove more of themselves into the man, as the magus was too far away to close the prison before Nemesis freed himself. They felt themselves fading but continued weaving until the lid was closed. The magi went to him then, probing him delicately with weaves meant to Heal and Restore. There was nothing physically wrong with him, but the
man was changed. She knew that he was now much like she had become since she had been bound by her former master. They would find a place, possibly as far away as the other side of the world, to bury Nemesis, and pray that it would be enough.