Read Until the End Online 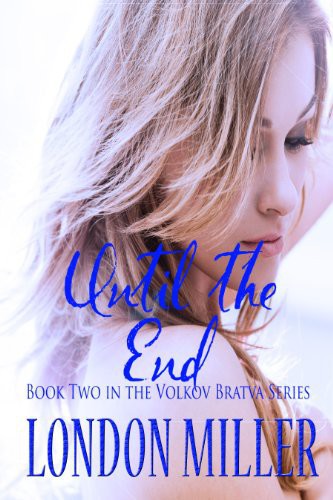 All rights reserved. No part of this book may be reproduced, transmitted, downloaded, distributed, stored in or introduced into any information storage and retrieval system, in any form by any means, whether electronic or mechanical, without express permission from the author, except by a reviewer who may quote brief passages for review purposes.

This book is a work of fiction and any resemblance to any person, living or dead, or any events or occurrences, is purely coincidental.

Used under license from canstockphoto.com

For those that have found love

No matter the challenges.

Allow no family to come between your obligations to the
Volkov Bratva.

2. Not have a family of his own—no wife, no children*

Have no family to be used as a weakness.

3. Never, under any circumstances work, no matter how much difficulty this brings*

Live only by means that are permitted by the
Volkov Bratva.

4. Help other thieves—both by moral and material support, utilizing the commune of thieves

Hold the Bratva sacred; they are your only family.

5. Keep secret information about the whereabouts of accomplices

Never betray the confidence of a fellow
Vor.

6. In unavoidable situations, take the blame for someone else, buying the other person time for freedom

Provide an alibi for a fellow
Vor
.

7. Demand a convocation of inquiry for the purpose of resolving disputes in the event of a confrontation between thieves

If problems arise with a fellow
Vor
, bring the case to the Counsel
.

8. If necessary, participate in such inquiries

Provide evidence to support your claim against a fellow
Vor.

9. Carry out the punishment of the offending thief as decided by the convocation

Once the convocation has reached a decision, mete out justice
.

10. Not resist carrying out the decision of punishing the offending thief who is found guilty, with punishment determined by convocation

Never hesitate to mete out punishment after a decision is made.

11. Have good command of the thieves’ jargon (
Fehnay)

12. Do Not gamble without being able to cover losses

Do not bet more than you can afford to lose.

13. Teach the trade to young beginners

Pass along knowledge to up and coming
Vor.

14. Have, if possible, informants from the rank and file of thieves

Even men in the lowest ranks can serve a purpose.

15. Not lose your reasoning ability when using alcohol

Do not allow your choice of poison to skew judgment.

16. Have nothing to do with the authorities

17. Not take weapons from the hands of authorities; not serve in the military

To serve in the military is to be considered a
suka.

18. Make good on promises given to other thieves

Be a man of honor among thieves

*At a meeting between high ranking officials in the
Vory v Zakone
, these rules were redacted. 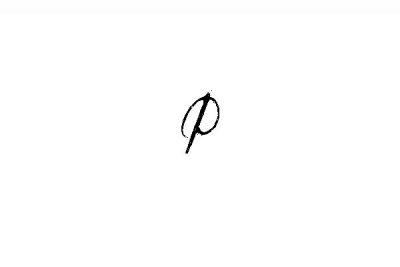 Naomi Le Feuvre accepted the valet’s hand as she stepped out of the chauffeured car, pressing a bill into his hand as she sauntered by, checking her reflection in the tinted windows.

She had salon-dyed blonde hair that was sheared to just below the nape of her neck, the light strands falling in soft waves. The tap of her heels echoed off the cobblestone and the fact that she could make the trek on such an uneven surface was a feat on its own.

A pathway to the entrance was provided, scores of people moving out of her way as she walked past, but despite the importance of each person in attendance, Naomi was a special guest of the host.

The mansion was only one of the many properties that the Besnik family owned. Tonight, parts of the estate were closed off, manned by men dressed as waiters, their guns hidden beneath their jackets.

Once inside, Naomi handed her coat to an attendant, smirking as he fumbled a bit.

They were all the same.

Following a few of the waitresses as they carried trays of appetizers and flutes of champagne, Naomi made her way into the center of the party, her eyes immediately drawn to the case that was illuminated by a spotlight in the ceiling.

Goosebumps prickled across her flesh, her breathing labored as she immediately started walking towards it. There was nothing that affected her quite like an exquisite jewel.

Djegia Flaka
—The Burning Flame. One of the rarest fire diamonds in the world, found in a previously unexplored cave in South Africa. Naomi had only heard rumors when the diamond first surfaced, warnings about the bloodbath that followed.

The newspaper suggested that the three dead natives were killed by child soldiers, but the unsavory truth had been brought to light when the diamond appeared on the Black Market, the Albanians quickly obtaining it.

For the first time since acquiring the diamond, Jetmir Besnik—the owner of said diamond—was putting it on display for the small gathering of men and women who were invited to the mansion.

That was the problem with men—and Naomi’s problem as well though she refused to acknowledge it. Their need for recognition caused them to take needless risks.

She spotted a young man, no older than eighteen, walking towards her from the other side of the room, carrying two glasses of champagne. With a glance, you could tell his position in the Albanian Mob. His suit was ill-fitting and was a ghastly polyester blend.

He might not have appealed to her, but he had his uses.

“It’s an exquisite piece, is it not?” Naomi asked her Albanian lover, accepting the glass he offered her, careful to only let the pads of her fingers brush his, not wanting to risk anyone seeing them together.

It was a trick she had learned while perfecting her craft, learning the art of persuasion with a few simple actions that made men, and well people in general, do her bidding without her ever having to say a word. And if that didn’t work…she hadn’t gotten the best body money could buy for nothing.

He was young, only a soldier for the Albanians, but he served his purpose fairly well. In fact, young was how she preferred them, making it child’s play to wrap them around her finger. Yet, there was only one in the years of her being in the jewelry business that refused to break…the only one she had ever gotten too caught up with to realize that she meant very little to him.

And that fact annoyed her the most.

For weeks, she had studied him, waiting for the day she could make her move. He had neither notoriety or anything of particular value himself, but knowledge was power and anything she could hold over him, she would gladly take, but it was years before she learned of anything and even then, he was careful, keeping her separate from his life with the Vors.

She had underestimated that Russian.

In the end though, she hadn’t walked away empty-handed.

Focusing back on the present, she smiled coyly at the Albanian. “Are you on guard tonight, Sebastian?”

There was no high tech equipment protecting
Djegia Flaka
, because there was no one bold enough to try and steal from the Albanians, especially from the particular family the diamond belonged to.

From what little information she could garner without drawing attention to herself, there would only be one person near
Djegia Flaka
at all times. The Besniks didn’t want to take away from the experience by having the view blocked by blokes with guns.

“Then maybe I’ll stay later to keep you company.”

He grinned, clearing his throat as his cheeks reddened in embarrassment.

The double doors leading into the ballroom were pushed open by the waitresses standing there, making way for a man that silenced the room with just his presence alone.

He was of a decent height, if Naomi were to judge, and had a rather impressive jawline that he kept clean shaven. It was a good thing since any beard that he thought to grow made the heinous scar on his face stand out more. It dissected his left eye, the skin still puckered though it was a few years old. The eye, itself, was milky white, contrasting the dark brown of the other.

No one really knew how he obtained the scar and he refused to talk about it, but to Naomi, it only added to his name.

Some men felt the need for a ridiculous moniker added to their name, distinguishing themselves from others who performed the same role, but Jetmir was a man who’d earned his title and would gladly give a demonstration if challenged.

Tonight he was dressed in a muddy brown suit, one that was more expensive than the ones his men wore, but that also spoke to his leading role in the organization.

Tossing her hair back over her shoulder, Naomi turned in his direction, smiling broadly as she moved towards him, drawing the attention from him to her. Jetmir’s smile matched hers, though on him it was more genuine.

“Hello darling,” Naomi greeted him with a kiss on the cheek, slipping her arm around his as he led her away from the diamond and around to the guests.

She couldn’t help but take a wistful glance back at what she hoped to acquire by night’s end.

He kept a hand at the small of her back, looking down at her with his one good eye. When he spoke, one side of his mouth—the same side as the scar—would stay lax, the muscles in his face ruined as well.

“Are you enjoying yourself?”

“Let me introduce you to a few of my associates.”

Over the next hour, Naomi played the role of arm candy, speaking only when spoken to, smiling at everyone, and practically fawning over Jetmir as others looked on.

Six months. That’s how long it took her to work her way up the ladder of the Albanian Mob until she had finally landed in Jetmir’s bed and he hadn’t suspected a thing, but on her way to the top, she had witnessed Jetmir’s brutality and knew that after this job was done, she would need to disappear.

She wasn’t foolish enough to stick around and face his wrath.

As the event was coming to a close, Naomi’s heart beat just a little bit faster, knowing she was one step closer to getting the diamond. She willingly followed Jetmir out of the ballroom, winking at Sebastian on her way out.

From the insistent hold Jetmir had on her arm, Naomi knew what he was expecting when they got to his bedroom.

“You looked beautiful tonight,” he commented as he closed the door behind them, already loosening his tie.

“Aw,” Naomi cooed, playing with the straps of her dress. “If I didn’t know better, I’d think you were sweet on me.”

He chuckled, his smile telling her everything she needed to know. Without waiting for him to ask her, she undressed, going over to him to remove his clothes as well.

Taken: Warriors of Hir, Book 2 by Danes, Willow
Tonight You're Mine by Carlene Thompson
Specter (9780307823403) by Nixon, Joan Lowery
When God Was a Rabbit by Sarah Winman
Just a Number (Downtown #1) by Fifi Flowers
A Night of Errors by Michael Innes
Hannah by Andrea Jordan
Guarded Desires by Couper, Lexxie
Rebel Cowboy by Nicole Helm
How The Warrior Fell (Falling Warriors series Book 1) by Nicole René
Our partner