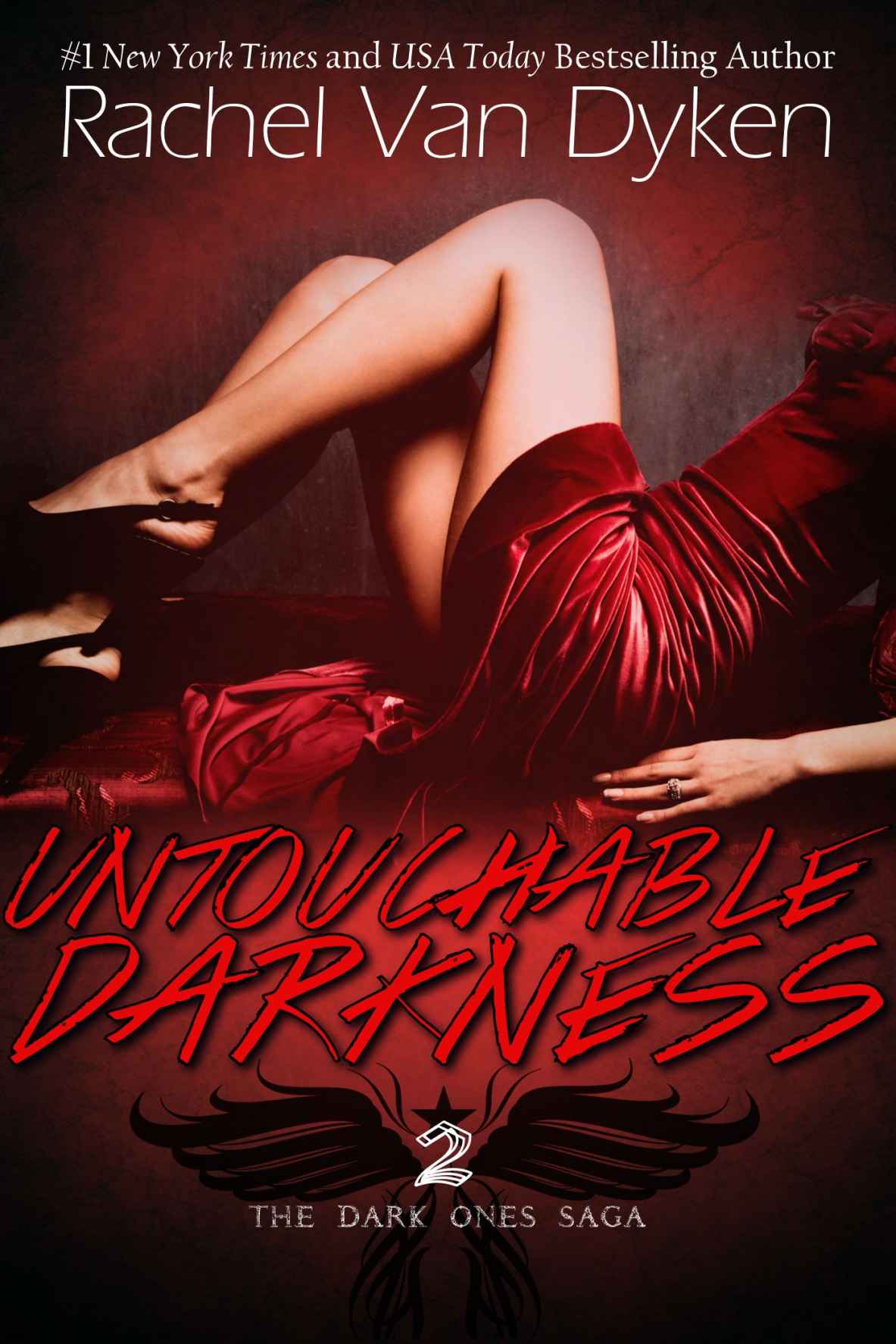 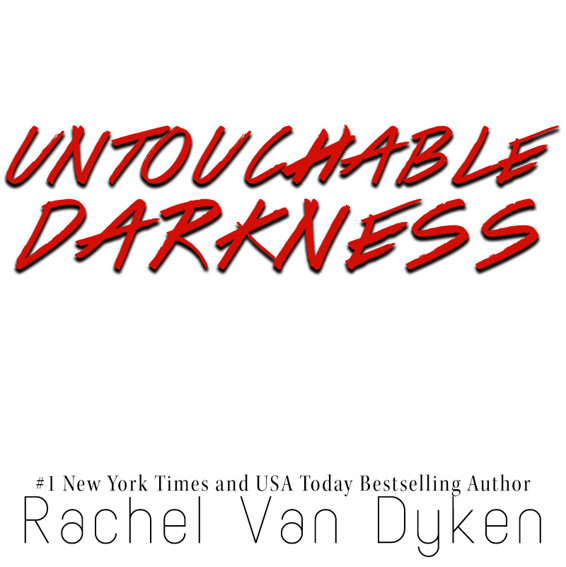 The Dark Ones Saga Book 2

This is a work of fiction. Names, places, characters, and events are fictitious in every regard. Any similarities to actual events and persons, living or dead, are purely coincidental. Any trademarks, service *crane marks, product names, or named features are assumed to be the property of their respective owners, and are used only for reference. There is no implied endorsement if any of these terms are used. Except for review purposes, the reproduction of this book in whole or part, electronically or mechanically, constitutes a copyright violation.

I
STOOD NEAR THE
edge of the building where darkness met light. It was the perfect spot for me to be standing, all things considered.

That
was
my life.

The perfect rapture of darkness—light flirted on the outskirts, trying to seep through, but I knew better than anyone its chances of succeeding were slim. I held out my hand, and my fingertips kissed the sunlight peeking through the clouds. I twirled my hand around and let out a defeated sigh.

“Cassius.” Sariel, my father and one of the head Archangels—the same Angels that hadn’t appeared to the immortals for over three hundred years—spoke my name with such authority and finality that it was impossible not to feel the effects of the words as he released them into the universe. They slammed against my chest, stealing every ounce of oxygen I’d just greedily sucked in. “You have failed.”

“Yes.” I swallowed the lie, felt it burn all the way down my throat into my lungs. My cold, rotten heart picked up speed, maybe I really was dead inside like she said, maybe it was hopeless, all of it.

“I taste the lie on your lips, half breed.”

“So taste,” I fired back, as my eyes strained to focus on the light. The yearning to
be
light, to fully allow it to consume me, was like a fire burning in my soul. “I have nothing more to say to you.”

“You realize what this means?” The once purple feathers surrounding his bulky body illuminated red. My heartbeat slowed to a gentle rhythm as droplets of blood cascaded from his feathers in perfect cadence with my breathing.

Finally, I lifted my gaze to his. His strong jaw ticked as his black hair blew in the wind. I knew I was the only one who could see him, compliments of my ancestors… my angelic blood.

“When one has lost everything worth fighting for…” I swallowed. “Tell me, what is the point?”

“You’ve never given up before,” he said quietly, his voice filled with disbelief.

“I’ve never been in love like this before!” I yelled, slamming my hand against the brick wall. If anyone passed by they’d simply think I’d gone insane, and maybe I had.

Everything was because of her.

Sariel’s face broke out into a bright smile. The blood from his feathers pooled at his feet forming the shape of a heart. “Very well.”

I prepared myself for the pain, for the sheer agony of ceasing to exist. I knew from stories that when a Dark One died, it was horrific, terrifying, for we never knew if we would rejoin light or the darkness.

I assumed I would go dark.

I assumed I would be consumed with evil.

Because the minute Sariel touched my skin.

I felt nothing but empty.

“A gift.” Sariel whispered into the air. “For my only remaining son.”

T
HE AIR CRACKLED WITH
excitement. I watched as the couple sitting a few tables away from me grabbed each other’s hands and leaned in for a kiss. I tried to turn away, but it was impossible. I was always drawn to affection, drawn to emotion like it was a homing beacon. Sometimes it really sucked being immortal.

I couldn’t help but feel what others felt.

And I couldn’t help but want that feeling for myself.

It would be too ridiculously easy to steal the emotional charge in the air or change it with a snap of my fingers. Heck, I could have that guy salivating over me in seconds. But it would be wrong.

And for the past week I’d been trying to do things right.

Ever since I’d unknowingly betrayed my only human friend, I had turned over a new leaf. I was a council member for crying out loud! An immortal Siren or a Dark One; whatever, I was too many things.

A few days ago I’d given the only Dark One I knew, our King, my essence thinking I’d die, willing to make that sacrifice. Instead, I’d woken up the next day completely the same as before, as if my immortality had been restored.

Only, I
was
different.

Before I even opened my eyes, I felt the power of death surge through me, the deepest sort of cold took root from my fingertips all the way down to my toes. And an eerie sort of darkness became a part of me, like a shadow I couldn’t get rid of. Dread trickled down my spine.

I woke up to my entire room frozen like the arctic.

Which, for an immortal who’d spent the last few hundred years assuming she was nothing more than a Siren? Terrifying.

Besides, Sirens hated the cold; it was the exact opposite of what we represented, warmth, human emotions, heat, lust, fire.

Would I ever be warm again? It wasn’t the type of cold you could escape, it was a part of me, just like my heart, the very heart I’d given to Cassius, the only man I’d ever loved.

If you could truly call him that.

Half human, half Angel, he was the king of the immortals and not just completely off limits, but dangerous. A Dark One’s touch was powerful enough to force humans into a cheerful slavery for a millennia.

Until I discovered that he’d put a very powerful glamour on me when I was a child, hiding me away from the Archangels who swore to kill more Dark Ones if they were ever created.

What was the point anymore?

The couple in front of me laughed again. It grated my nerves because I was jealous of them.

Of them! It was laughable. Or it should have been. A week ago I
would
have laughed. Now it was just bordering on pathetic.

As an elder among the immortals, it was my job to keep the peace and run interference between our kind and the humans.

Not sit at a Starbucks and watch a newly engaged couple with silent longing.

Cassius, our leader, the only King the immortals have ever known, had been missing for a few days, and it killed me to think it was because he was ashamed of me, ashamed of what I’d done to Genesis.

Not that it was my fault an Archangel had bitten me, seduced me and basically entranced me into doing something. Granted, the whole jealousy part was my fault, making the spell he put me under that much stronger.

I took a long sip of my latte and pouted.

I hadn’t done that in ages.

“You look like hell.” Mason plopped down at the table. His shaggy brown hair was pulled back underneath a Seahawks hat. Black aviators hung loosely across his strong nose, framing his very deadly, yet undeniably sexy five o’clock shadow.

Stupid Werewolf. An underlying earthy scent like that of burned wood and pinecones floated between us with each casual movement he made. And believe me, he needed to look as casual as possible considering he just naturally attracted any cat within a ten mile radius.