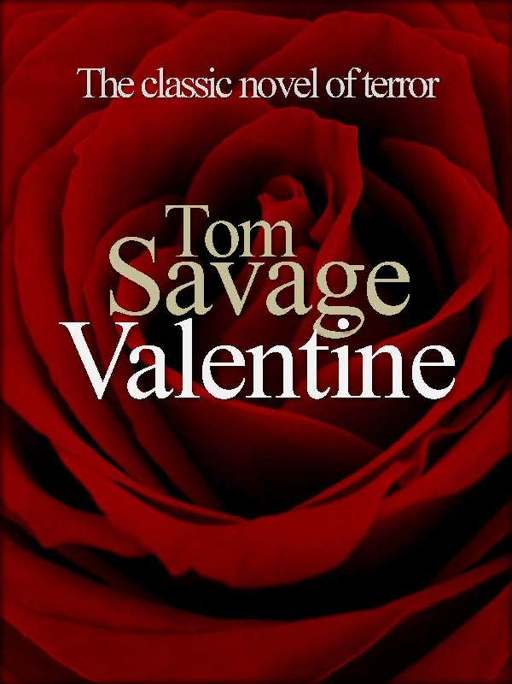 “A well-crafted tale of madness . . . spine-chilling.”

“A thriller with heart. Savage writes with fierce energy, piercing holes into the shredding fabric of our society, where no one is safe, no one is free from harm.”

PRAISE FOR TOM SAVAGE AND
PRECIPICE
:

“An extremely clever and gripping novel, marvelously plotted, and thoroughly spell-binding. Tom Savage is a very gifted writer who creates living, breathing characters, wonderful dialogue, and mesmerizing tension. The ending is as good and surprising as anything I’ve read in years. Do not peek at the last page.”

“A subtle, well-crafted tale of deceit and madness among the rich.”

“A stunning first novel that presages a brilliant career.”

“A rapid read and difficult to put down.”

“Likable characters . . . a seemingly simple but eventually complex plot, one that Savage has mined with unexpected twists. Readers’ expectations may be blown to bits by the clifftop denouement.”

“A story on the edge . . . . A twisty quick plummet, a sunny landscape in which nothing—and no one—is what it seems. A delightful debut.”

“The most intricately plotted thriller I have read in years!”

“A pulse-pounding thriller, complete with a twisting plot, characters who are not what they seem and a surprise ending . . . .
Precipice
is a delightful icy read through the tropics. This is a solid novel from an author with great potential.”

“A stylish and accomplished novel with a terrific sense of place and a wonderfully complex plot.”

“A cool, smart and stylish first thriller . . . that features a major twist in nearly every one of its tightly woven chapters. . . . Surprise piles upon surprise, logically, convincingly, until all secrets are resolved in a climax that owes a debt to Greek tragedy. . . . Intellectually satisfying, a finely wrought, unusually clever literary debut—and a natural for the movies.”

“
Precipice
has all the right ingredients—dark secrets in a bright landscape, madness and mayhem among the megabucks—whipped up and dished out at a dazzling pace and best devoured at a single sitting.”

“A fast-paced and very suspenseful page-turner sure to be devoured by the throng who follow murder among the rich and beautiful people.”

VALENTINE
A NOVEL BY
TOM  SAVAGE

When he was certain that she was dead, he got up and walked over to the window. He stood there, naked in the dark, gazing down at the front yard and out at the black shapes of the large evergreen trees that ringed her property. The porch light cast a dim yellow glow that winked on the thin coating of frost on the grass. It was freezing outside, but the little bedroom was warm and cozy. Warmer now, he mused, after the lovemaking.

He chuckled softly to himself and reached out to brush his fingers against the delicate white lace of the window curtains, remembering. Lace. Lace curtains, lace tablecloths, lace doilies on the coffee table and the spinet piano in the living room at home. His mother’s lace.

Now, all these years later, he grasped the curtains in his large hands and yanked them from the rod. He tore at them, mauling, ruining the fine floral pattern, hearing the soft, satisfying tearing sounds as he
ripped them to pieces. When they were destroyed beyond repair, he dropped them to the polished wood floor and stepped on them, feeling the rough material under his bare feet, crushing it with his toes. His chuckle rose in volume as he bounced up and down on his soles, defiling the pretty, clean lace. He kicked the limp, dead curtains away from him and closed his eyes as the thrill coursed slowly through his body. Then he opened his eyes and turned around.

A second, greater shock of pleasure suffused him as he peered through the darkness at the naked figure on the bed. She lay sprawled on top of the satin quilt, arms and legs splayed, her lovely face and dark red hair partially concealed under the pillow he had used to smother her. From this angle, it almost looked as if she had. been decapitated. But no: that was not the agenda. Her end would be very specific. He had planned it that way, long ago.

His gaze shifted from the still form on the bed to the little clock on the bedside table. Six minutes after midnight. He smiled to himself, thinking, I could barely wait.

At the stroke of midnight, as she lay gasping with spent pleasure beside him, he’d risen to straddle her, planting his knees firmly at either side of her waist. He’d leaned down to kiss her softly on the mouth, and his lips had traveled slowly over to her ear.

Then he had whispered his name.

He’d straightened up quickly, looking down with great satisfaction as the name registered and her expression changed. There was a frozen moment as she stared up at him, her green eyes widening in surprise. Just before she could will herself to move, he’d smiled down at her horrified face and crooned the last words she and all the others would ever hear.

He’d brought the pillow swiftly down over her face. She’d struggled briefly, as the others had, her screams muffled by the crushing pressure. The thrashing and moaning had gone on for nearly a full minute, oddly simulating her own thrashing and moaning of moments before, when he had been inside her. Then she had shuddered and lain still. He grinned in the dark, thinking, how very alike they are: the act of love and the act of dying.

He stood next to the bed, staring down at her. He remembered another time, the first time he had stood like this, naked before a woman. The music; the pink, heart-shaped candy box clutched to his chest; his long, pale, skinny arms and legs shivering in the cold room; his mind numb with longing; and the thick, rigid thing standing straight out from the curly nest between his legs. He’d waited there in the dark, desire and fear and anticipation mingling in his blood, rooting him to the spot.

Then, in one swift, blinding moment, the lights had come on.

He would never, ever forget that moment. Because of it, he had waited several years for this moment, and for other moments like it.

Smiling at the irony of his action, he reached over and switched on the dim, pink-shaded bedside lamp next to the candy box. The soft glow illuminated the room, the bed, the woman. Just enough light, he thought. Enough light for what I have to do now.

He went over to the chair in the corner where he’d left his clothes. He stepped into his underwear and socks, then jeans, shirt, sweater, boots, scarf, gloves, cap, and leather coat. Then he left the bedroom and descended the carpeted stairs to the ground floor. He walked across the living room to the porch and down the front steps. His boots crunched on the frosty grass as he went over to his car. He opened the trunk, picked up the two large red plastic containers, and carried them back to the porch.

Leaving one container on the floor just inside the front doorway, he carried the other back upstairs to the bedroom. He unscrewed the cap and stood next to the bed, looking down at her, committing the sight to permanent memory. Then he raised the plastic can above the bed and poured, soaking the sheets and the pillows and the satin spread and the still figure in the middle of it all. He sprinkled the rest of the
room and made his way back down the stairs, keeping a steady stream behind him. When the container was empty, he dropped it on the floor and went to get the other one. He worked his way through the house, dousing the kitchen and the dining area and the main room, whistling under his breath. He’d made his way back out of the house and down the front steps before he stopped short, smiling, as he realized what he was whistling. It was the song he’d heard for the first time on that cold, terrible night long ago, when all the lights had come on.

It had been playing on the stereo that night, he remembered, as he had played it for her tonight. Sarah Vaughan . . .

His high-pitched, elated laughter filled the chill midnight air as he emptied the container in a little pool on the bottom step. He tossed the plastic can through the open front door, into the center of the living room. Then he got in his car and started the engine. In this weather, it would take a few moments to warm up. When the car was idling smoothly, he got out and went back over to the base of the steps.

He pulled the book of matches from his pocket and stared down at it, feeling the power. He was breathing heavily now, panting with the excitement of it, his breath forming puffs of smoke. Despite the subzero temperature, he was aware of the thin trickles
of sweat under his layers of clothing. Yes, he thought. It was worth it, all the years of waiting, of dreaming, of fantasizing, for this. This moment. Now.

He tore a match from the book, lit it, and touched it to the others. He stared, fascinated, as the chain reaction shot across the tops of the matches, erupting at last into one big, glorious flame. He closed his eyes, savoring his final, thrilling moment of expectation. Then, with a grin, he dropped the burning matchbook into the puddle on the bottom step.

The car had reached the first clump of trees that concealed the house from the road when he stepped on the brake and turned to look behind him. The entire downstairs was already in flames. As he watched, there was a sudden burst of light in the bedroom. From this distance, he could just hear the faint shattering sounds as the heat inside the house and the freezing cold outside caused the bedroom windows to explode, and the glittering crystals of glass rained down on the lawn. Then the roof caught, and a magnificent pillar of bright fire shot up into the night sky.

He drove through the wood and turned onto the country lane that would eventually lead to the highway, keeping the car at a slow, leisurely, unsuspicious pace. By the time his car melted into the traffic heading toward the city, he was singing.

He smiled, thinking about the last name on his list. He stopped singing to whisper the name under his breath, over and over until it rose to a murmur, and the murmur to a shout, filling the car, ringing in his ears, resounding through the frozen night. . . .