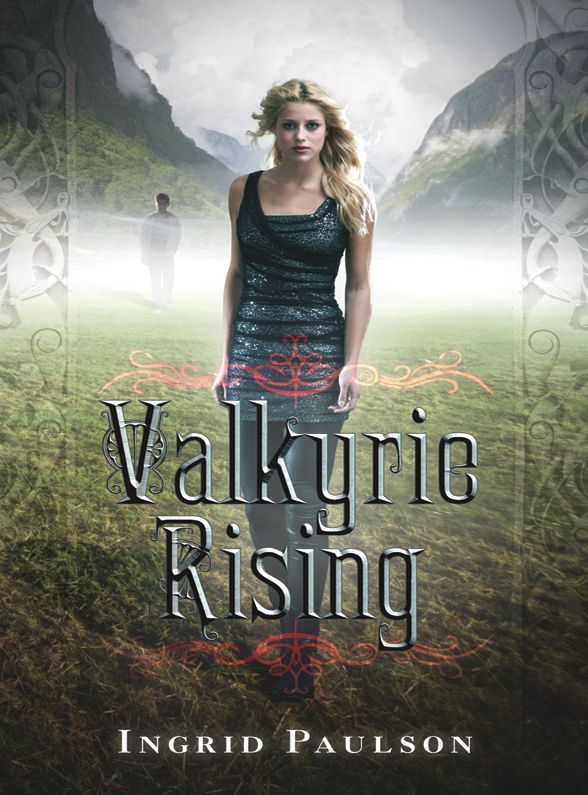 To my grandparents, who encouraged me to dream,
and to Alex, who helped those dreams come true

H
alf the school came to Graham’s eighteenth birthday party. People were everywhere—crowded around the pool, crawling all over the patio, and crammed onto the sofa in the family room. Even though they were within plain sight of my mother, almost everyone had added a little something to their Coke—or replaced the contents of the can altogether.

That afternoon I was watching from a safe distance at the kitchen window, a whole story above the fray. I told myself I was up there to help keep the refreshments flowing, but truth be told, no one would note my absence. Even my friends were so focused on blending into Graham’s crowd, they’d probably forgotten I existed. After all, I wasn’t memorable in my own right. I was just Graham Overholt’s little sister—no different from his many other accessories. Something halfway between a lacrosse stick and a football helmet.

I opened the sliding glass door and leaned on the deck railing outside the kitchen—one of the few places where I could watch my brother holding court without being seen. His height and shock of messy gold hair made him easy to spot. The group around him was laughing hard at something he’d said.

At moments like that, it blew my mind that we were related. But maybe he’d have felt the same way if he had looked up just then, to see me peering out at the party from behind Mom’s potted geraniums like some senile old hermit. It was ironic that I got nervous at parties, given that I shared a gene pool with the most popular person on the planet. Then again, trying to live up to Graham’s legacy was what usually triggered the diamond-crushing pressure behind my eyes.

It was pretty much impossible to say or do anything that wasn’t somehow eclipsed by or attributed to Graham. By the time I’d hit high school, I had gotten tired of trying.

While I stood there playing Peeping Tom, Graham’s best friend, Tucker Halloway, snuck up behind me and pinched my arm. Hard. Then he took a long step forward and leaned on the railing right at my side. I turned my head, just enough that I could smell his breath.

“What if my mom catches you?” I wrinkled my nose and glanced down at the silver flask dangling loosely in his grasp. “You’re screwed. She’ll absolutely call Colette.”

I raised an eyebrow at that. “Again? What’s this—her third time this week?”

Colette, Tucker’s mom, was from another planet. France, specifically. She was exotic, glamorous, and the only person I knew whose parties required cocktail attire. Or were catered, for that matter.

Tuck never had food in the fridge, but he always had designer clothes on his back—his appearance was the one thing about him that held Colette’s interest. But that was no surprise. Tuck made pretty much every female pause and smooth down her hair.

I had to resist the urge to do it myself as I turned to look him straight in those impassive gray eyes. I never could tell what he was thinking, even after knowing him my entire life. “Still, though, my mom will totally tell Colette,” I repeated lamely.

Tuck grinned. That famous wicked smile. “Is that really supposed to scare me?” He put his arm around my shoulders and leaned in. I staggered a step to keep my balance. “Where do you think we got this in the first place? Colette sent me over here with a bottle of thirty-year-old scotch for Graham with, I quote, her compliments.”

I had to admit that was a bit shocking, even for Colette. “Her compliments on what, exactly? Your ability to talk your way out of anything? My mom won’t let it slide this time. And don’t pretend her opinion doesn’t matter to you.”

“True,” he conceded, sliding the flask into his back pocket. “But your opinion matters to me even more.” His tone was as silky smooth as his words, but I wasn’t taken in for a second. Well, maybe for a second—the exact second he turned to meet my gaze, a mere six inches from my face. When I looked at him that closely, at those white teeth framed by that deceptively innocent smile, I knew why Tucker Halloway excelled at getting whatever he wanted—especially from girls.

And I couldn’t fathom why he was wasting that particular talent on me when bullying and mockery had always been the accepted currency between the two of us.

“What do you want?” I asked, instantly wary. “Shouldn’t you be enjoying the party?”

His smile curled up at one corner, proof positive he was up to no good.

But then he did something weird. He just shrugged and stood there, looking back down at the party without saying anything at all. After a minute like that, his silence was more unnerving than his usual fast talk. Anyone who looked up at us then could definitely get the wrong idea.

I glanced down toward the pool, half expecting to see an army of girls watching me, planning their revenge.

“Are you leaning on me because you’re drunk?” I choked out, once the silence had stretched itself so far and thin it was fine dust coating my throat. Then I grasped for the only logical explanation. “If you’re trying to make some girl down there jealous, you should cozy up to someone else. No one would ever see me as a threat.”

“Why do you say that?” His grin reappeared, settling in and preparing to stay for a while. And marking the return to familiar footing. The muscles in my shoulder started to uncoil.

“Because of who I am.” Freshman year, Graham had thrown a boy out of a party for ignoring my polite hints. And he had interpreted my one-time plea for help as an open-door invitation into my love life. Or lack thereof, thanks to his constant interference. I wasn’t supposed to know that my touch carried a social stigma second only to leprosy, but word gets back to you eventually.

“I meant, why play games? I get by just fine on looks alone.” His smile was blinding, driving his point home.

“Don’t forget your charming personality,” I said, and my stomach flipped when his grin widened at my words. Making Tucker laugh was the best kind of rush. “I hear modesty is quite the aphrodisiac,” I added.

“Listen to you.” He lifted those gray eyes to meet mine. “Graham would die if he heard sweet little Ellie use a word like that. And die all over again if he thought you knew what it meant.”

“Lucky indeed,” he said slowly. “For more than one reason.”

His smile was so pretty, I almost sighed out loud. Fortunately, that was all it took to remind me of the manifold dangers of dropping my guard around Tuck. Because he was softening me up. It was a dance I knew all too well, even if he usually preferred a more direct assault with me.

“What do you want?” I repeated.

“Time with you,” he said sweetly. “Your undivided attention.”

“Isn’t that the right answer?” he asked, all false innocence. Tipped with sarcasm. “Seems to me that’s what most girls want to hear.”

“For the record, insincere compliments work better when you don’t point them out,” I said. “And I’m not most girls.”

“Duly noted,” Tuck muttered before rallying and changing tactics. “I came to the right place, since you’re such a wise woman, seeing through all my subterfuge. I know you’ll be my savior.”

Apparently his plan was to exasperate me into submission. “For the third and final time, what do you want, Tucker Halloway?”

“Last name too? Bad sign. But here goes.” He leaned closer, knowing full well how destabilizing his proximity could be. Before I could help it, I was batting my eyelashes right back at him. A reflex as involuntary as the knee-jerk test at the doctor’s office.

“Hypothetically speaking, if a person urgently needed the key to the cabinet in the china hutch, what would that person need to do to acquire it?”

“Mug my mother,” I told him. “Hypothetically speaking, of course.” I held up one hand when he started to object. “You have a flask. That should keep you busy for the afternoon. I’m not helping you steal more alcohol.”

“Not everyone drinks scotch,” he said with a wink. “And Graham put me in charge of fun. Plus, I’ve already taken care of the hard part. We only need to put this back before anyone notices.” He held up a small glass bottle of gin that he pulled right out from the tangled green leaves of the geraniums. So that’s why he was really here, loitering around with me. He’d come to retrieve the bottle and was fortunate enough to find me standing here, a potential minion to do his dirty work. “You’ll be righting a wrong, so to speak,” he added. “Very noble of you, by the way.”

“Impressive,” I said, and I meant it. “It’s not easy to get around my mother’s radar.”

“Thank you, Ells,” he said. “It’s nice to be appreciated. Graham would have flipped. You, on the other hand, always understand.”

“Graham doesn’t know?” As far as I knew, Tuck never kept secrets from Graham. I’d assumed Graham had sent him to me for damage control.

“We don’t want to ruin his birthday with unnecessary stress,” Tuck said. “We owe it to him to handle this ourselves.”

I wasn’t sure how Tuck’s problem had suddenly turned into a “we” situation. But no one was more persuasive than Tuck when he was in the zone like this. His smile. The sweet, beseeching look in his eyes. Like I really
was
the only girl on the planet who could give him what he needed. I couldn’t believe I was falling for it.

Too many other girls had shown me where this particular road dead-ended.

“Fine. I’ll make sure it’s unlocked tonight,” I heard myself say. “Just put it all back by morning, or we’ll both be screwed.” Then I wiggled free of his arm, ashamed when I immediately missed it. But it was pointless to let myself pretend he was there for any reason other than covering up his typically Tuckish crime.