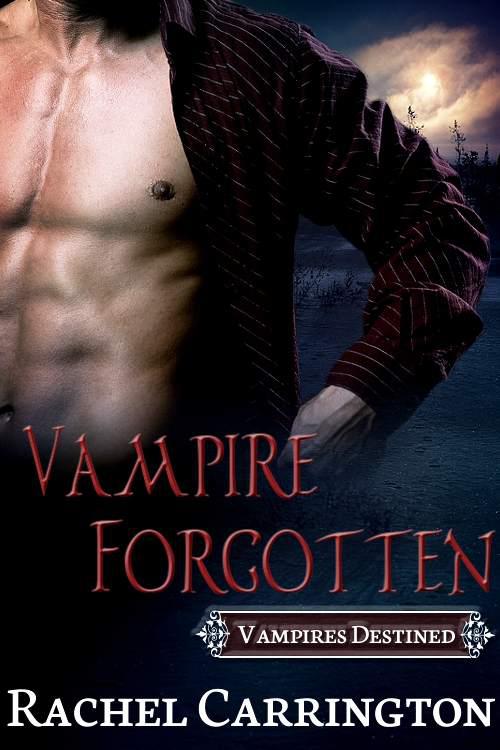 Book II in the

All rights reserved.  No part of this book may be reproduced or transmitted in any form or by any means, electronic or mechanical, including photocopying, recording, or by an information storage and retrieval system-except by a reviewer who may quote brief passages in a review to be printed in a magazine, newspaper, or on the Web-without permission in writing from the publisher.

All characters in this book have no existence outside the imagination of the author and have no relation whatsoever to anyone bearing the same name or names.  They are not even distantly inspired by any individual known or unknown to the author, and all incidents are pure invention.

Sex had just been delivered to his front door…in all its splendid glory.

Rhad stood looking down at the curvaceous woman lying across the front steps of his weather-beaten castle. With the lacy slip she wore and stiletto heels, she could have no other reason for the presentation of such a gorgeous offering.

He didn’t know whether to thank the Fates or curse them for tempting him with such a delicious creature.

His body surged to life, responding to the sight with a joyful leap.  He knelt down next to the goddess and pressed his palm to her face.  Her cheek was icily cold, her lips blue.

Dear God, the woman was practically dead. With a low curse, Rhad scooped her into his arms and carried her over the threshold and into the dimly lit foyer.

As he moved down the carpeted corridors, he trained his mind to perform the tasks he needed.  Run the bath water.  Turn down the blankets in the guest bedroom. Dim the lights. Don’t think about the softness of the woman’s body in his arms.

The woman weighed no more than a glass of his favorite Merlot, and by the time he reached the upstairs bathroom, he hadn’t expended as much energy as it took to walk to the backyard garden.

And the woman hadn’t moved nor made even the slightest of sounds. Only the slight rise and fall of her breasts outlined beneath the thin chemise assured him she was still alive.

The steam from the hot water coated the mirror, and condensation ran in rivulets down the porcelain tiles.  Rhad eased the woman to the plush rug in front of the tub and checked the temperature in the water before adding several splashes of bubble bath. He needed all the help he could get keeping her delectable body covered.

She stirred and made a mumbling noise.  A sense of relief which he didn’t understand washed over him, and he turned to look at her, immediately noticing the way the slip she wore had worked its way up her thigh.  Her perfectly smooth thigh.

With more haste than neatness, he disrobed her and, muttering ancient prayers below his breath, lowered her into the water.  Warmth coated his forearms, and the feel of slippery, wet skin made his body harden with frantic need.

The petite woman slipped into the water and let out a blissful sigh. As the steam bathed her face, the blue tint began to recede and tendrils of dark blonde hair curled against her cheeks.

The bubbles barely covered the outline of her body, but Rhad didn’t need to see. He’d already felt, and that alone would be enough to give him sweet dreams.

“Master Valentine!” The admonition came to him in rapid fire Romanian followed quickly by the slap of his housekeeper’s shoes against the marble floor.

He stood and whirled around, feeling like he’d just been caught necking behind the schoolhouse.  The thought brought a grimace to his face.  These days, necking had an entirely different connotation.  “Madeline, calm yourself. I found this woman on the front stoop.  She was frozen solid, wearing no more than a scrap of lace.”

“And you saved her out of the kindness of your heart,” the portly woman snapped in response, two spots of color riding high on her cheeks.  Snatching a towel from the warming rack, she shooed him out of the way.  “I’ll take over from here.”

He tossed a longing look over his shoulder and caught a quick, unfulfilled look of full breasts peeking from beneath foamy bubbles.  Conjuring up thoughts of cold showers and icy boxer shorts, he mumbled his way back down the stairs.

“Do you think this is the wisest thing to do, Grandfather?” With a worried look on her face, the brunette peered in through the window of the bathroom.

“Well, I’m not exactly sure throwing her on Rhad’s step is going to make him trust her.”

She shrugged. “It was the only thing I could think to do under pressure.”

“Perhaps you should have considered leaving her some clothes.”

“I didn’t have a lot of time. She was in the middle of changing clothes when the tranquilizer took effect. You know I can’t maintain corporeal form very long. I did what I could in the little amount of time I had. I just hope it works.”

“Tis all we can do, my child.” The deep timbre of the old man’s voice never ceased to reassure her. Even in death he guided her, protected her, and interceded on her behalf when the Spirit Council grew weary of her antics.

She straightened and summoned up a smile to offer her own bit of reassurance. “Then this is how it shall be. We’ll just hope that Mischa can convince Rhad to assist her with her mission.”

“Oh, she shall. I’ve never doubted her for one moment.” With a wink, he took hold of her arm and disappeared into the thinning mist.

Damnit! How hard could it be to find one old man? He’d been looking for the geezer for over a month now, and yet, no one seemed to know anything about where he might have gone.  Even his precious granddaughter had feigned ignorance. He though taking out his knife would scare the truth out of her, but she’d proven to be tougher than she looked.

Scratching the back of his neck, Hamrick dropped down onto the damp ground and drew his knees up close to his chest. She’d been the only person who might have known where the shaman had disappeared to, but no matter how much pain Hamrick had inflicted, the girl wouldn’t talk. Then he’d reached the point of no return. She’d become a witness, and he couldn’t risk the police catching up with him.

He bit off a piece of jerky and chewed. His head tipped back to let the rain slash against his face, washing away days of dirt and sweat. Odds were good he was on a fool’s journey, but his father swore the shaman existed, that his great-grandfather had seen the man perform miracles. Hamrick had his doubts, but he didn’t have much to lose.

A sick chill settled in the pit of his stomach, and he swallowed the nausea. He’d come too far to go back now. Not that he would make it home without the shaman anyway. Life had dealt him one hell of a hand, and, if the old man really could do all the things his father said, the shaman would be his only chance for survival.

With the tumor in his brain growing larger each day, he’d be dead in a month, if he could last that long. All the money he had meant nothing now. No doctor could help him, and he’d been to at least twelve. They all said the same thing. Inoperable tumor. Death imminent. Get your affairs in order.

What kind of bullshit line was that? He’d never been the type to let life walk all over him. In his world, he called the shots, held the power, and he’d be damned if he’d let some tumor shorten his life span. Not when there was another way out.

For the past three weeks, Hamrick’s team had been trying to pinpoint a location for the shaman, but little evidence could be found that the man even existed. No driver’s license. No social security number. His secretary had managed to provide him with the only break so far, having discovered information on the internet about a legend dating back to the 17
th
century. Using genealogy charts, she’d tracked down the shaman’s ancestors.

And Hamrick had allowed his anger to overrule his common sense when he killed the girl.  He’d been kicking his own ass ever since. He did have one more opportunity, and he couldn’t blow this one.

Mischa Bonovich. Right now, his security team was tracking her down. He’d go to her face to face. No one else could do this job for him. It was his life on the line, and he’d be damned if he’d trust anyone else with the time he had left.

Mischa woke with a start, her heart slamming against her chest and a dry taste in her mouth.  Fear engulfed her, and she pressed her palms against her temples.
Think, Mischa, think.  Where are you?  What are you doing here?

Through a hazy cloud, her eyes scanned the room.  Paneled walls.  Thick, Oriental rugs and dark, masculine furniture gave the room a distinct, manly look.  The overhead fan offered a cool breeze for her naked skin, but the room didn’t look familiar at all.

Naked skin?
Her thoughts came to a screeching halt as she touched her right shoulder.  Her
bare
, right shoulder.  Curses welled up inside her head, but decorum wouldn’t allow her to breathe them aloud even though she was alone. Her father’s teachings had been ingrained too deeply.

She peeked beneath the blankets.  More bare skin.

Memory came crashing back. She’d been searching for Rianna, her baby sister who’d always been a bit flighty.  This wasn’t the first time she’d gone on a wild goose chase for her twenty-two-year-old sister. Rianna, though a sweet girl, was high maintenance.

Scratching her head, Mischa squinted as she contemplated what might have brought her to this bedroom…or who, rather. She remembered the flight to Romania, the drive to the hotel, looking up directions to the castle online, and–nothing. Everything else was a black hole.

The bedroom door creaked open, and she dragged the burgundy-colored comforter up to the chin and peered over the top.  “Who’s there?”

Her gaze captured broad shoulders and an impressive chest as a man walked into the room, his footsteps muffled by thick carpeting. Mischa swore she heard the angels sing.  She’d never seen anyone like him, let alone a man.

This had to be Rhad Valentine-the reason she’d come to Romania. He’d been all Rianna had talked about on the phone, especially how beautiful he was, but men weren’t really beautiful.  At least, she hadn’t thought so…until now.

He had cornered the market on manly beauty. With raven hair flowing past his shoulders, high cheekbones, and eyes the color of Scotland’s hills, he was an artist’s dream.

Those broad shoulders were covered with a dark blue sweater, and the Levis he wore clung to his masculine hips, hugging him in all the right places.  In spite of herself, Mischa’s gaze drifted to those places more than once.  Then she gave the perfect face her full attention and noticed the sensual lips were lifted in a half-smile.

“Good evening. You slept the entire day away. I assume you are feeling much better.” The voice held the slightest trace of a Romanian accent, telling her the man hadn’t spent all of his life in her homeland.

He strolled toward her. She’d never seen a man move with such grace.  Like a panther.  Just as dark and dangerous.