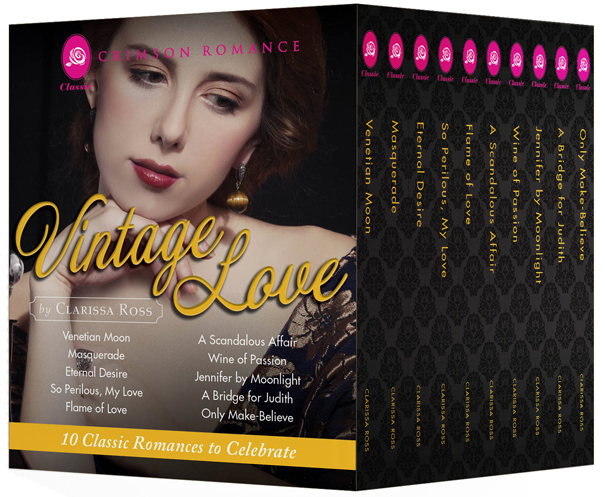 So Perilous, My Love

A Bridge for Judith

ON A late afternoon in March, 1822, Betsy Chapman stood staring out the great drawing-room windows of Malworth Castle, the home of her family for more than two centuries. This huge stone castle sat proudly on a small hill near Maidstone in the county of Kent. Betsy, a slim blond-haired beauty with large dark blue eyes, had grown up in an England ruled by the corpulent Prince Regent. And from childhood she had known the threat to England of the Emperor Napoleon.

That threat no longer existed; only a year earlier the exiled emperor had died on the island of St. Helena. Sadly she had lost her only brother, Richard, in the decisive battle of Waterloo in which Napoleon had met his final defeat. Now she lived in this great castle with her mother and her new stepfather, Sir John Cort, a man whom she detested not only because he wantonly gambled away her late father’s money but because of his infidelity and cruelty to her weak mother.

And now Sir John Cort had behaved more odiously than ever in arranging a marriage between her and his crony and companion in lust, Lord Alfred Dakin! A dreadful match from the point of age alone since Betsy was only twenty-two and Lord Alfred was an emaciated sixty-one. He had daughters older than Betsy, and the scandalous whispers about him hinted of his liking for young women, even mere girls! It was also said that he had suffered a bout of the dread pox contracted from a Brighton whore.

Betsy was repelled by the sly, sniggering attentions of the old fop. She had angrily warned her mother and stepfather she would not marry him. But they seemed to hope he would win her over in time. Or perhaps they counted on breaking her spirit so that she would accept this unfortunate marriage.

Betsy, lost in thought, continued to gaze grimly out the window at the winding gravel roadway which led from the main road to the entrance of Malworth Castle. Lord Dakin was coming for dinner that evening, and from what her mother had said, Betsy feared the old roué might be going to choose the occasion to propose to her.

She chafed at the situation in which she found herself. Her father, Sir Ian Chapman, had been an official of the British consular service. The family had moved about the world during her early years. She and her brother, Richard, had been taught by an absentminded old Church of England clergyman. This old scholar’s health made it impossible for him to take charge of a church, but he managed to eke out a living by taking on the children of rich and titled families as private students. Old Father Warren had traveled halfway around the world tutoring them.

Her father had been an athlete and a horseman. He had made no distinction between her and her brother, so that she had grown up able to ride a horse and fence as well as any man. Her tomboyish period was fondly remembered by her now as perhaps her happiest time. With the death of her father four years earlier from a liver affliction her good days seemed to have come to an end. Her brother’s death at Waterloo three years prior to that had been the start of the ill fortune which had hounded her since.

A comrade-in-arms of her brother had come to her with a troubling account of his death. According to this young officer her brother had died as the result of a Major Eric Walters regrouping his collapsed infantry company against official orders and sending them on a needless suicide mission.

Betsy, still grieving for the dead Richard, had been shocked at this grim tale. And she had only recently sent a complaint to Lord Gray at the War Office. She hoped to somehow make this Major Eric Walters pay for his reckless act which had caused the death of so many of his men. The young officer had told her that Major Walters was still alive and well in London.

Only a few days ago she had received a rather strange reply to her letter. It was on War Office stationery but not from the office of Lord Gray. Rather it was from a mysterious Felix Black of whom she had never heard before. His letter had noted her complaints, and he had written that he would be in the area of Maidstone on this day and would call at Malworth Castle to see her. She was waiting for his arrival now.

By a happy coincidence her mother and stepfather had found it necessary to journey to nearby Canterbury for a conference with the family banker — no doubt a direct result of Sir John’s folly at the gaming tables. At any rate it meant they would be away from the castle when her visitor arrived, and she would be able to interview him alone.

Betsy felt it important that the interview be private for several reasons. She did not think her mother cared a great deal whether Richard’s death had been caused by negligence or not. Lady Cort was a vague, shallow-minded woman who she sometimes felt could not truly be her mother. It was from her father that Betsy had inherited her sharp intelligence. And she intended to get to the truth of her brother’s death.

She was certain her stepfather would only make light of her concern: try to prove it was all imagination on her part, that she had listened to a half-baked story of some young officer and acted on it too swiftly. She was used to his overbearing, arrogant ways and was grateful that he and her mother would be absent all the afternoon.

Clouds made the sky gray; the day was as somber as her own mood. She speculated on what sort of person this Felix Black was and whether he had taken the contents of her letter seriously or not. There had been no hint of his attitude in his reply. He had merely informed her that he would call on her.

As she watched, she suddenly became aware of a carriage coming down the gravel road in the distance. Her heart began to beat a little faster, and she tried to keep herself firmly in control as she watched the vehicle approach. And she could not help but notice a certain strangeness about it. It was a high black carriage; the single horse drawing it was also jet black, and the coachman perched on the front seat wore black and had a black stovepipe hat!

She could not help thinking that the carriage might have dropped out of some funeral procession. As it came slowly to the entrance of the castle, it halted. The coachman tied the reins around the end of the seat and then jumped down to open the carriage door for his passenger.

Betsy watched tensely. For a moment no one appeared, and she wondered if it were all some macabre joke, that the carriage might be empty. But then a black top hat came in sight and following it a thin figure of a man dressed in black! The man was slightly stooped, and he hesitated to say a few words to his driver. Then he moved on to the door.

Betsy prepared herself and was standing calmly in the middle of the drawing room when Hobbs, the butler, marched in and announced her visitor in his booming voice, “Mr. Felix Black, miss!”

“Thank you,” she said. And she went forward in her brown velvet dress specially chosen for the occasion and held out her hand for her visitor to take. “How do you do, Mr. Black!” she said.

The bent, thin man had removed his top hat, and she saw that only a few sparse black hairs were plastered across his bald head. He had a thin face with deep-set eyes and high cheekbones, his mouth was thin lipped, and his shoulders were narrow.

“My greetings, Miss Chapman,” he said in a dry rustle of a voice as he took her hand in his clammy weak grip.

“You must be tired after your journey from London,” she said.

His deep-set eyes were fixed on her with interest, and they naturally were also black. He said, “I paused along the way for food and drink, thank you.”

“May I not offer you something?” she wanted to know.

The thin man couldn’t seem to keep his eyes off her. Continuing to embarrass her with his fixed stare, he said, “A sherry perhaps.”

“Of course,” she said. And she rang and asked Hobbs to have a maid serve some sherry. Then she indicated two nearby chairs and said, “Let us sit for our talk. You must be surely tired from your long ride.”

“Thank you, Miss Chapman,” he said in his dry way. He glanced around at the spectacle of elegance surrounding them — from the fine old furniture to the paintings and tapestries on the walls. “This is a true mansion.”

“We are rather proud of it,” she said with a small smile. “My father’s family has owned this property for several centuries. Not this house, of course; it was built later. But the land.”

“Yes,” he said, staring at her again. “I know you are one of England’s oldest families.”

She sat in a high-backed chair and primly folded her hands on her lap. She said, “That is why it seemed so tragic that my brother, the only male heir, should have perhaps died needlessly.”

“Ah, yes,” he said with disinterest as he carefully sat opposite her.

The maid came hurrying in with a tray holding a decanter of sherry and glasses. The tray was placed on a table beside Betsy, and she poured a drink for her visitor and passed it to him and then poured one for herself. All the while she was trying to decide what sort of person he might be. He was from the War Office, but surely he had never been a soldier who had seen active service. His bent figure was so frail looking and his skin color was pasty white in contrast to his black clothing.

Teen Frankenstein by Chandler Baker
Tree Fingers by Li, Augusta
Switch on Your Brain: The Key to Peak Happiness, Thinking, and Health by Dr. Caroline Leaf
Remember Me by Fay Weldon
Mrs. Jeffries Pinches the Post by Emily Brightwell
Emako Blue by Brenda Woods
The Rothman Scandal by Stephen Birmingham
Spy Games: Lethal Limits by Downing, Mia
Benediction by Kent Haruf
Living in the Shadows by Judith Barrow
Our partner